Herbs & Rye is a cocktail bar and steakhouse on the west side of Las Vegas. It has a nicely laid out cocktail menu organized roughly by era, with some historical notes on each cocktail. I had a Ward 8 and a Blood & Sand. Both were excellent and well made. Friendly bartenders.

I also had dinner at the bar. I had the 14oz New York strip ($42). Steaks come with one side, and I picked the garlic spinach. I also added the thick cut bacon for an extra $3.75. Solid steak. Cooked to medium rare as ordered, good texture, nice crust. Didn’t have the depth of flavor of an aged steak, but then it wasn’t advertised as aged. The smoky, fatty thick cut bacon went really well with the steak and I ended up eating a little piece of it with every bite. I think I should have picked another side as the spinach was a little boring, just sautéed spinach with garlic. Still, vegetables. 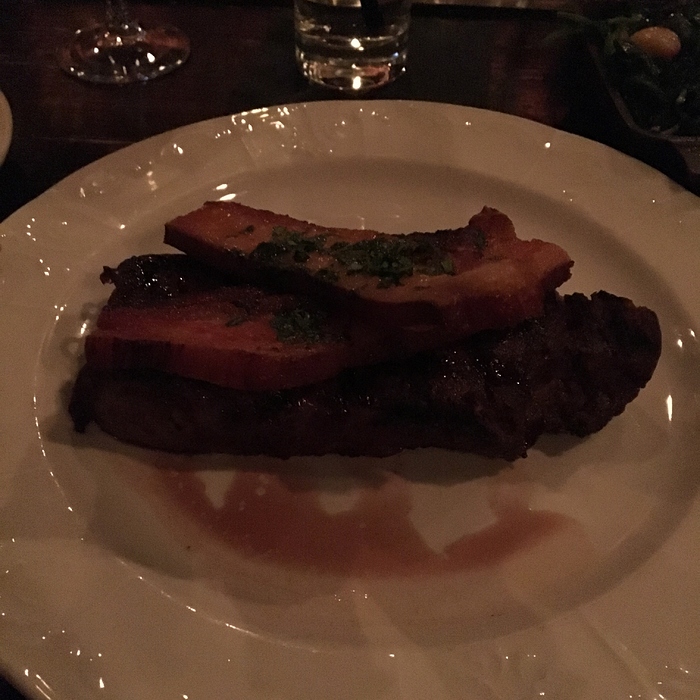 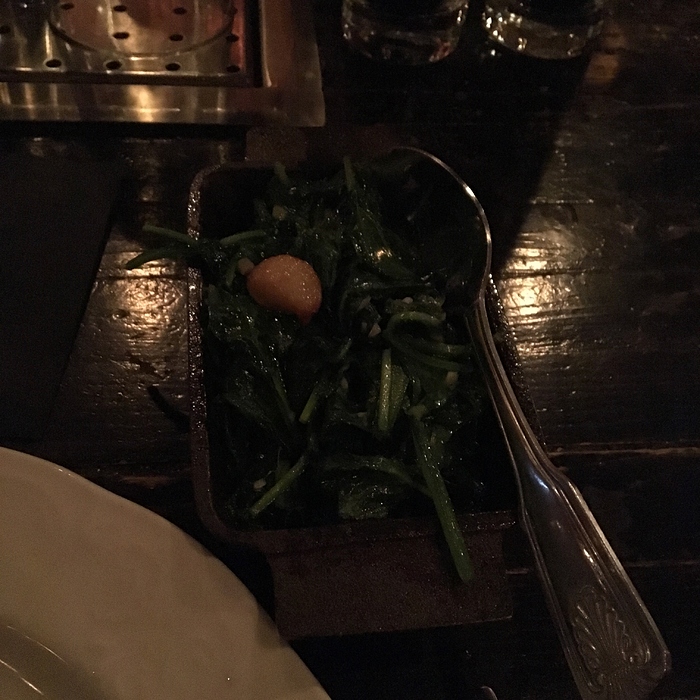 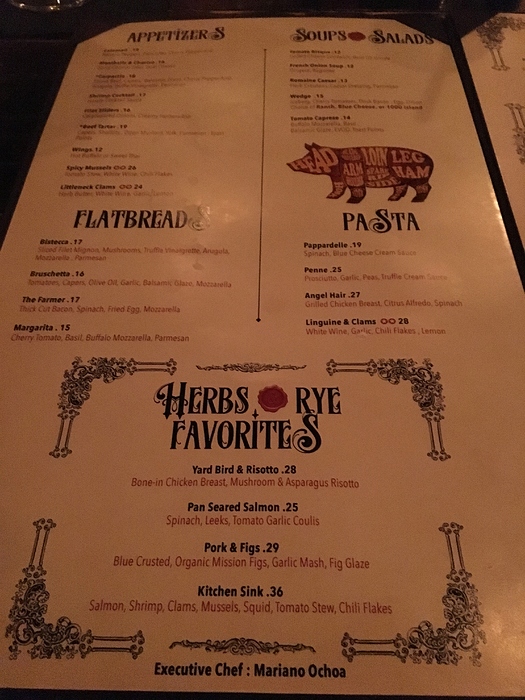 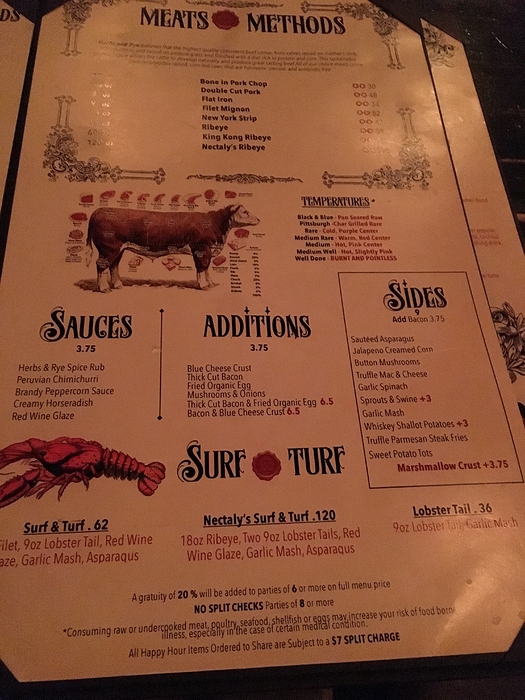 Definitely a local’s spot, cocktail menu sounds interesting. Surprisingly, I’ve never been, thanks for the the head’s up!

Herbs & Rye have an excellent cocktail program and great food. The owner and head barkeeper is Nectaly Mendoza, 2016 bartender of the year. And as of a few months ago barman Giuseppe González is working there. (Pegu Club, Clover Club, Flatiron Lounge, Dutch Kills, Painkiller/PKNY, Owner of the former Suffolk Arms, etc.) Having those two together makes for a cocktail powerhouse.