Flock & Fowl is a restaurant on the ground floor of the Ogden condo building in downtown Las Vegas. They also had a location on Sahara Ave. that closed earlier this year due to health code violations. It specializes in Hainanese chicken rice, a dish popular in Singapore (considered one of their national dishes) and similar to the Thai dish khao man gai. Both dishes have poached chicken and rice cooked with chicken fat.

They also have fried chicken and a few other main dishes, including a laksa that looked interesting, but I wanted to try their signature dish. It came with three sauces - a house made chili sauce, house made soy sauce, and a ginger and scallion sauce. I liked the plain soy sauce the best, followed by the chili sauce. The ginger scallion sauce didn’t have much kick, and it didn’t actually look like there was any scallion in there. It also came with a few slightly sweet pickled mustard greens and cucumbers. The chicken itself was very good - a mix of dark and white meat that was tender and flavorful. The rice was also good but not super intense in the chicken and chicken fat flavor. You get to choose two sides, and I picked the bone broth and the fried egg. A pretty solid chicken and rice. 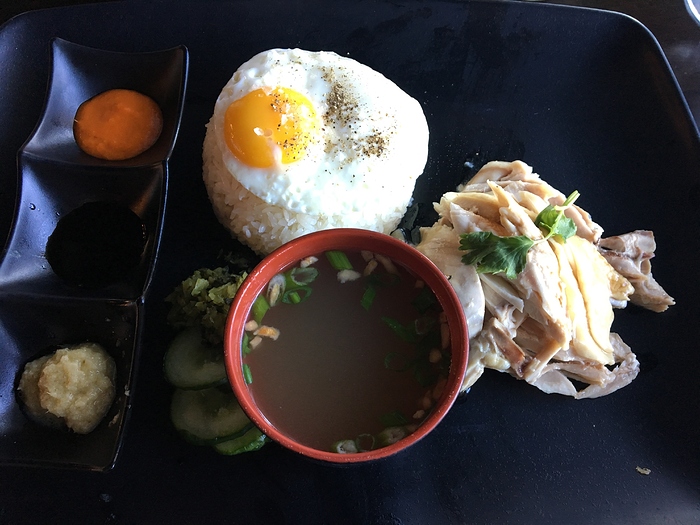 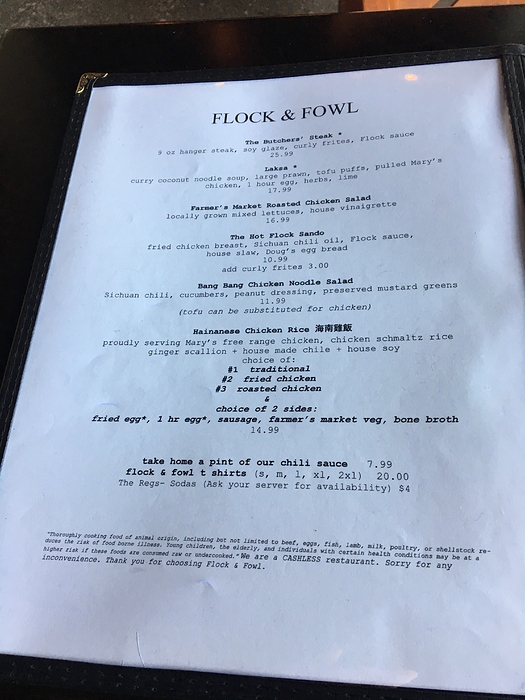 @Mr_Happy you wouldn’t happen to post at that other forum under another name?

I’m surprised at how many times Flock and Fowl gets mentioned there. I’m surprised that Su’s other place, Fat Choy, doesn’t get more love.

I haven’t been to F&F in years, time to go back! Never been to their new location.

@Mr_Happy you wouldn’t happen to post at that other forum under another name?

Nope, this is the only food forum I post to at the moment. Fat Choy looks interesting!

What’s the reason that F&F seems to get a lot of mention?

Their new space is nice, it’s in a hipster part of Downtown Las Vegas, it has a decent cocktail menu. If F&F is a miss, you can walk down the street to eat at Pizza Rock, or drive down Fremont St. to Kitchen at Atomic Liquor (the oldest bar in Las Vegas). Lots of places to eat around there.

Great hainanese chicken can be very flavorful and full of umami. And a great ginger scallion sauce can elevate the chicken to amazing heights. That said, I haven’t come across such a version near where I live. Hence the original inquiry.

I am actually not a big fan of Mary’s. I am not sure what breed F&F uses for the Hainanese chicken, but I hope its not the typical Cornish Cross Mary’s I am able to find at supermarket, because that breed will really make a very bland Hainanese chicken.

That would be fascinating to find out!

Here’s their Facebook page, if you haven’t seen it already. 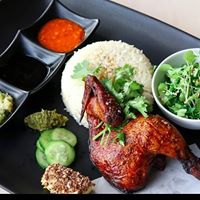