I had brunch at the Las Vegas outpost of Bouchon in the Venetian. Bouchon is Thomas Keller’s (The French Laundry, Per Se, etc.) French bistro-like restaurant. I live in the SF Bay Area but have yet to try the original Bouchon in Yountville, which is a bit of a drive from SF. I found it a little amusing that this French bistro was in a Venice-themed hotel and not in the Paris-themed hotel down the street.

Lots of tables open at lunchtime. It’s in the Venezia tower well away from the noise and bustle of the casino and shops in the Venetian. I had the poulet et des gaufres ($27), their take on chicken and waffles. Instead of the usual fried chicken, Bouchon’s version has a half of a roasted chicken, accompanied with four pieces of a savory bacon and chive studded sourdough waffle.

The chicken was roasted well for the most part, with a nice crispy skin. I think they brine the bird as the meat was quite flavorful and well seasoned. The only minus was that part of the breast meat could have been a little more moist. The waffle was very good, especially mixed with some of the maple syrup provided on the side and a chunk of roast chicken, making a sweet and savory bite with a bit of sourdough tanginess. It was also served with a saucer of a very good brown gravy, that had some pieces of mushrooms and carrots and other vegetables. 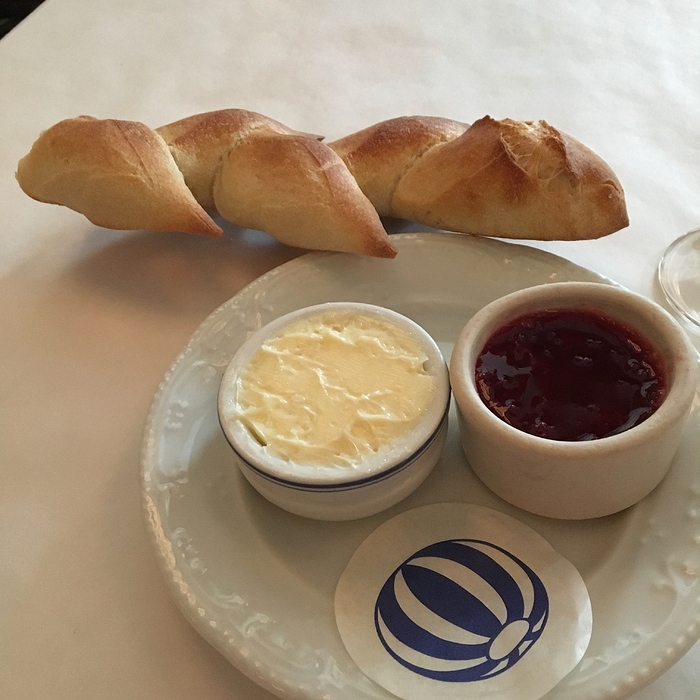 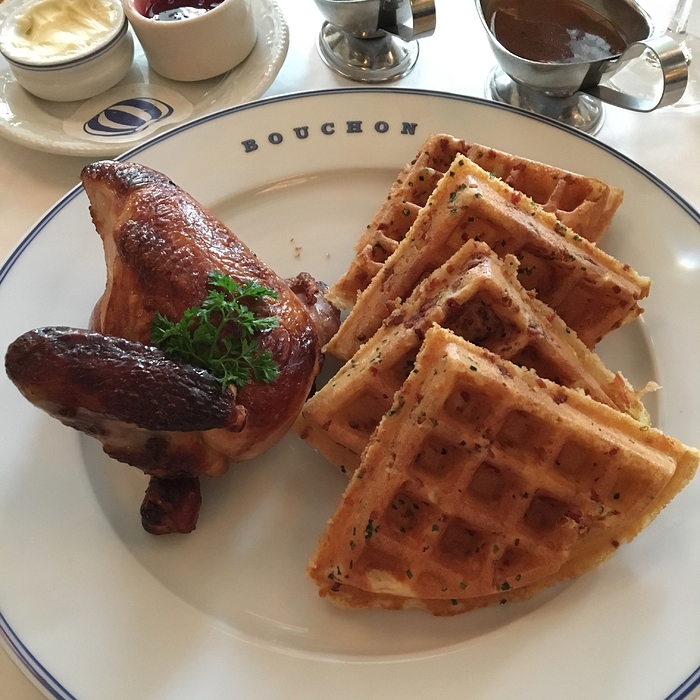 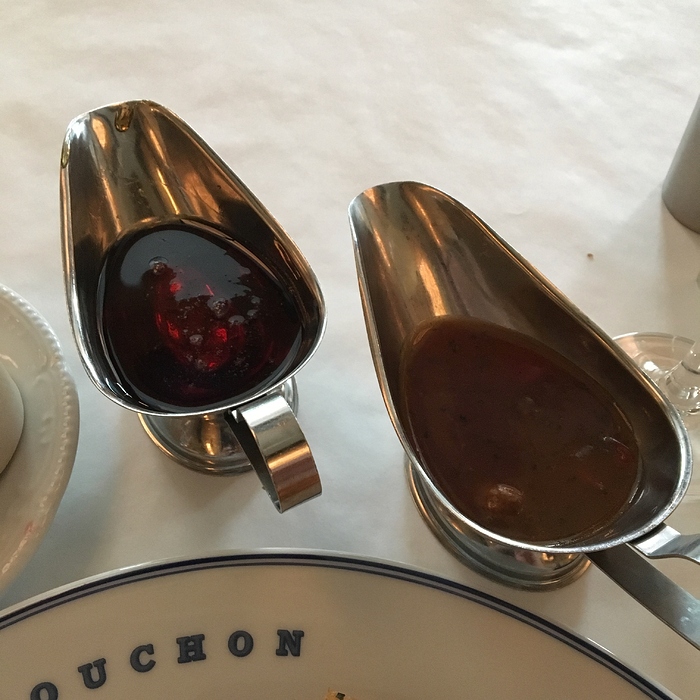