LA Times: KFC and Beyond Meat are testing a plant-based ‘chicken’ nuggets and wings(Beyond Meat) By Jonathan Kauffman 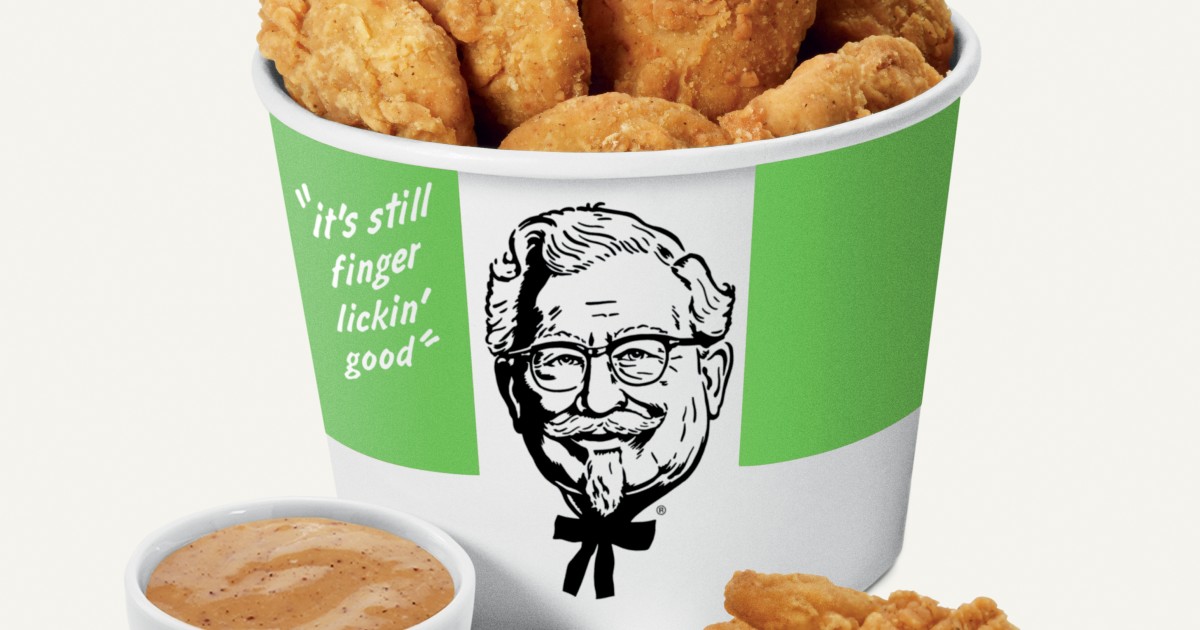 Green-striped buckets of Beyond Fried Chicken made from wheat gluten and KFC’s coating offers more evidence Beyond Meat is aiming at meat eaters.

So the KFC-Beyond Meat experiment raises the question: Do we eat KFC for the spices on the nubby coating or to nuzzle out every bit of glistening flesh from between the wing bones? The chain’s vegan nuggets, if they take off, would sidestep Americans’ distaste for the visceral aspects of meat: the sinews that get caught in our teeth, the jiggly chunks of half-solid fat. We eat nuggets precisely because they aren’t chicken on the bone. It remains to be seen whether we’ll eat nuggets that aren’t chicken at all.