Lynn Yu’s LA Mag interview with @chandavkl Is fantastic. It synthesizes so many of the topics he has written about, and covers both currenttrends and historical background in US/California Chinese cuisine. 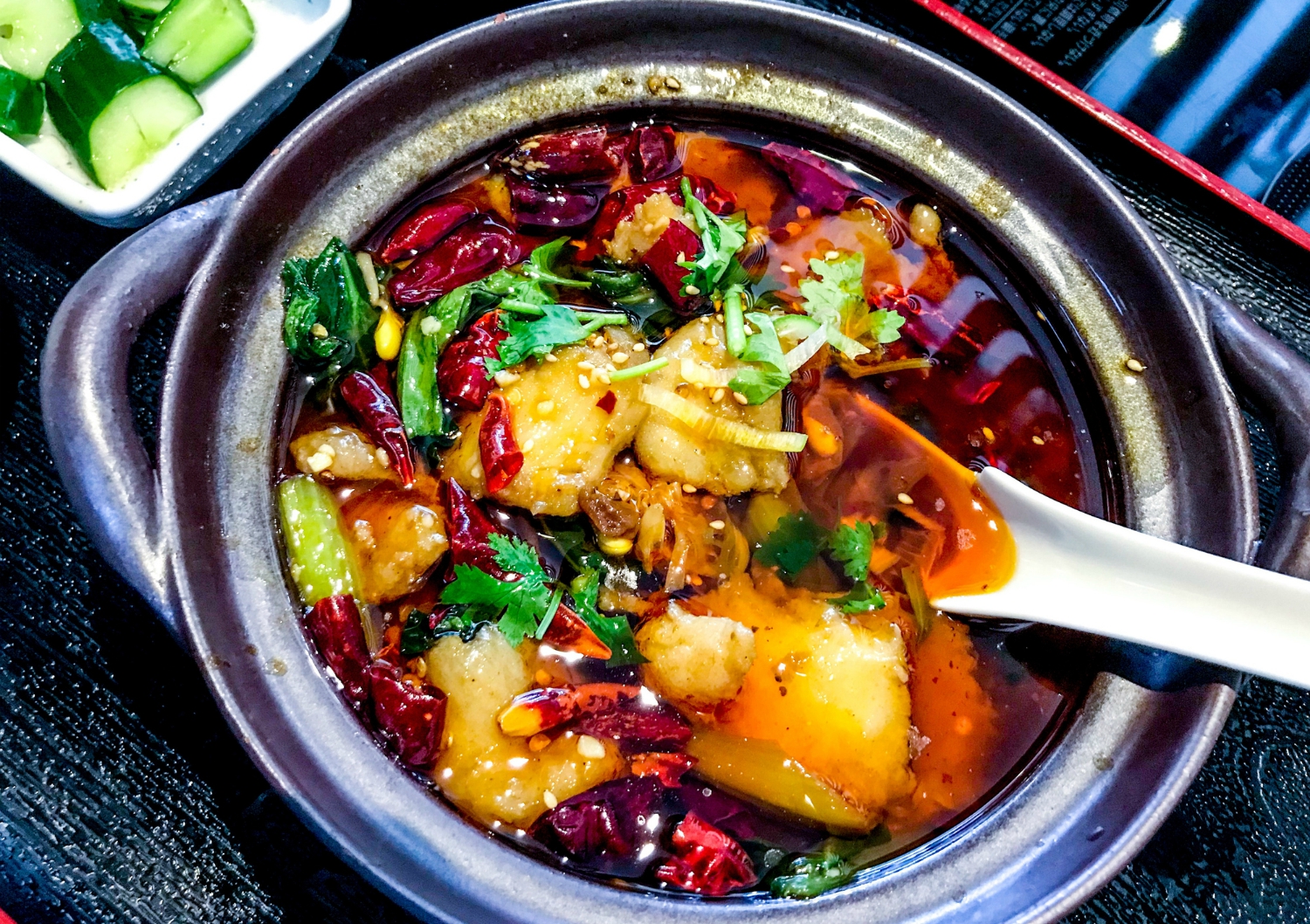 I love this quote.

Thanks for the informative thread starter.

@chandavkl, rereading the article, it appears you’ve eaten at about 200 new Chinese restaurants a year since 2013. Wow! Compared to the 10 years prior to that, do you attribute that rate strictly to restaurant availability, more dedication on your part, or a mix of the two?

I neglected to tag you in a Sichuan peppercorn thread. Sichuan food is multidimensional, but it is fascinating that, as you mention in your interview, the lack of their iconic spice in the US ( pre-new world introduction of chile) shaped its face so much for nearly 50 years. Am I correct that you were too young to experience the first wave of Sichuan dishes in the US, pre-Americanization? And do you know of any resources with menus from then? And any experience with Henry Hunan in its heyday beyond the dishes which survive in their menu?

I’m also curious— when/where was the first time you tasted a good quality Sichuan peppercorns in the US?

Have you been able to visit college towns much, and if so, are you seeing differences between what the mainland student-focused restaurants are cooking and larger trends in SGV?

Rate of Chinese restaurant visits actually ties to my employment. From the mid-70s to mid-90s I worked for a firm headquartered in Los Angeles. In 1995 we were acquired by a firm headquartered on the east coast. Suddenly when all our firm meetings used to be held in Palm Springs and Irvine, now they were in Dallas, Washington DC, New York, Miami etc., and my Chinese restaurant opportunities mushroomed.

Never visited NY until the mid-80s because of the scary reputation it used to have, as validated by the fact that my brother-in-law was mugged on his visit there. However, if you saw Clarissa Wei’s interview with me in Goldthread 2 on Hunan style food in New York, I’d be stunned if the same analysis didn’t apply to Sichuan food. The 1970s Sichuan cuisine in New York is what I labelled faux-Sichuan on two counts. First of all, they were prepared by Taiwanese chefs who were a generation removed from actually being in Sichuan. Secondly, there were few if any Sichuan natives in New York in the 1970s, and therefore the primary clientele for the early Sichuan restaurants were native New Yorkers. As far as high quality peppercorns are concerned, perhaps at Lao Sze Chuan in Chicago at the beginning of this decade.

While I have been to a large number of college towns, good Chinese food in college towns is a much more recent phenomenon, really less than a decade. In that period I’ve only been to Iowa City (U. of Iowa) and Springfield MO (Missouri State), and based on a sample of two I’d say that the authentic side of the college town Chinese restaurant menu is very similar as to what is happening in the San Gabriel Valley. Daresay I was blindsided by my 2013 visit to Creasian Restaurant in Springfield because at the time I had no idea that the restaurant was proximate to a large public university with a large Chinese population. (I had never thought of Springfield as a college town, mainly because Missouri State is not a major football or basketball school that I would be familiar with.) I saw the supplemental menu with Sichuan, Guilin, and other regional Mainland dishes and I was totally confused, even more so when the quality was similar to the SGV. I would have been driven totally bonkers had the owner not told me that his previous restaurant stop was in Alhambra, but it still took me many months to sort things out. And actually I have perused the menus at many other college town Chinese restaurants online, and they really do read like something that came out of the San Gabriel Valley.

However, if you saw Clarissa Wei’s interview with me in Goldthread 2 on Hunan style food in New York, I’d be stunned if the same analysis didn’t apply to Sichuan food. The 1970s Sichuan cuisine in New York is what I labelled faux-Sichuan on two counts. First of all, they were prepared by Taiwanese chefs who were a generation removed from actually being in Sichuan. Secondly, there were few if any Sichuan natives in New York in the 1970s, and therefore the primary clientele for the early Sichuan restaurants were native New Yorkers.

That makes a lot of sense. Ed Schoenfeld has suggested that at least some pre-1948 trained chefs were cooking in NY. Given your arguments (and including lack of ingredients, or quality of available ingredients), I find it hard to swallow Schoenfeld’s claim that, “When I go to a Szechuan restaurant in Hong Kong or Taiwan, it’s never as good as the food I had in NY city in 1969. These guys were better cooks.” at least in terms of what regular customers could get.

A few years ago I googled 川西潑辣魚片, China village’s signature Sichuan “west style fish fillet soup”. At least by that name, the only hit outside the bay area was in St. Louis, a head scratcher until I thought about your article on colleges.

Oh wow, I’m catching up on your blog. That’s so awesome that your networking guided Clarissa Wei to Goldthread!

Anything is possible. Here in LA a restaurant which is still a non-Cantonese Americanized favorite, Twin Dragon, opened up in around 1962. The Los Angeles Public Library online menu collection contains one of their early menus which was full of authentic Shanghai style dishes. Have no idea who their clientele was for that menu. By the time we found that restaurant in the late 1960s, the menu had evolved to pretty much what it is today. (Though in the late 1960s we thought Twin Dragon was something new and quite good.)