Our recent consideration of satay as a DOTM had me remembering this place. It used to be called Jonathan’s. An acquaintance of Filipino descent brought a few of us here a couple of years ago and introduced us to Kapampangan cuisine, the haute cuisine of the Philippines he said. I don’t know when the change of ownership and name took place; the menu board still has several ‘Jonathan’s Special…’ listings. 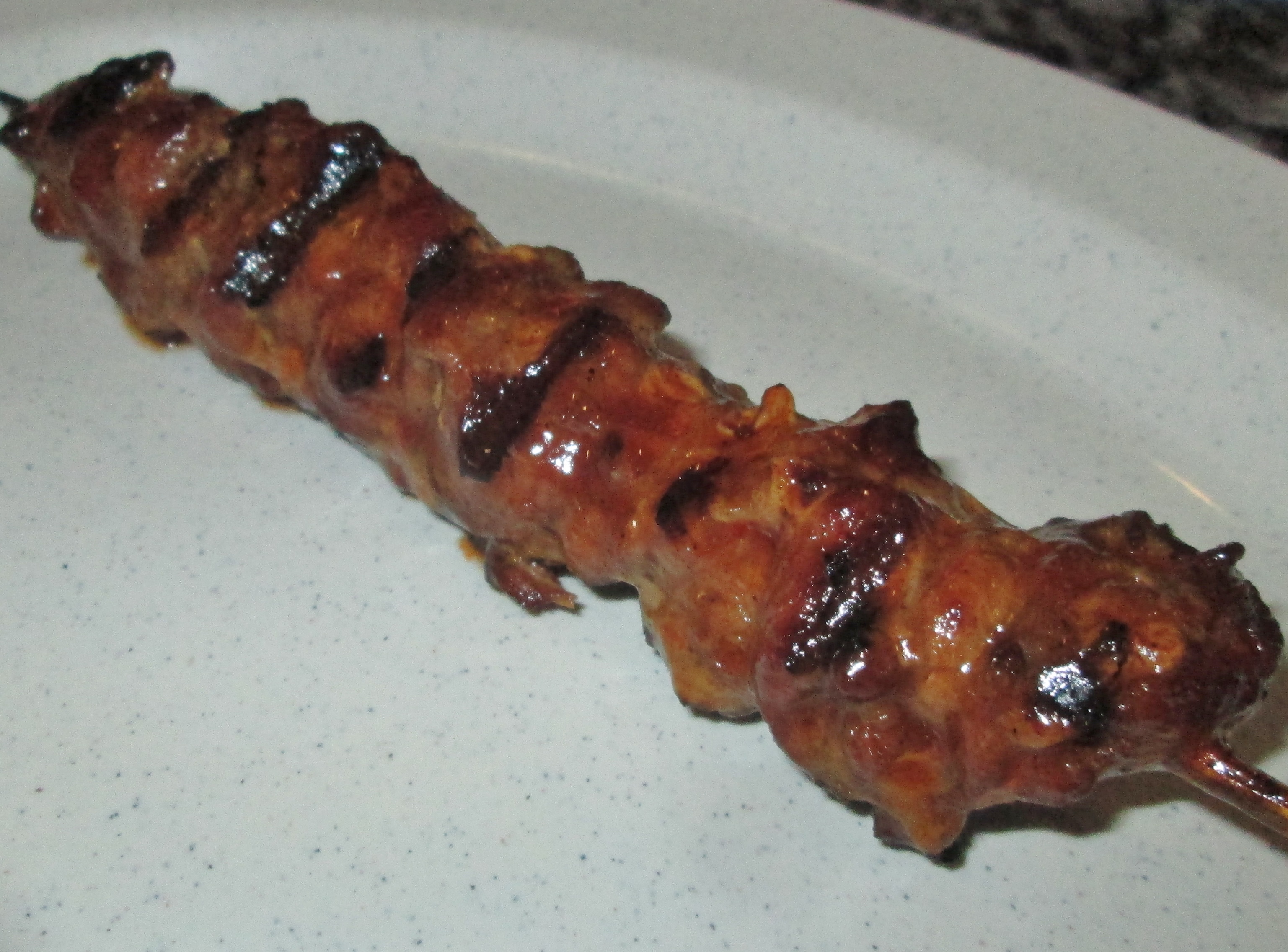 Jonathan used a better cut of pork for his Pork BBQ skewers; they were juicy without the extra sauce. This was a bit of a letdown, not awful, mind you, a little chewy. If you hadn’t had Jonathan’s these would be very acceptable. 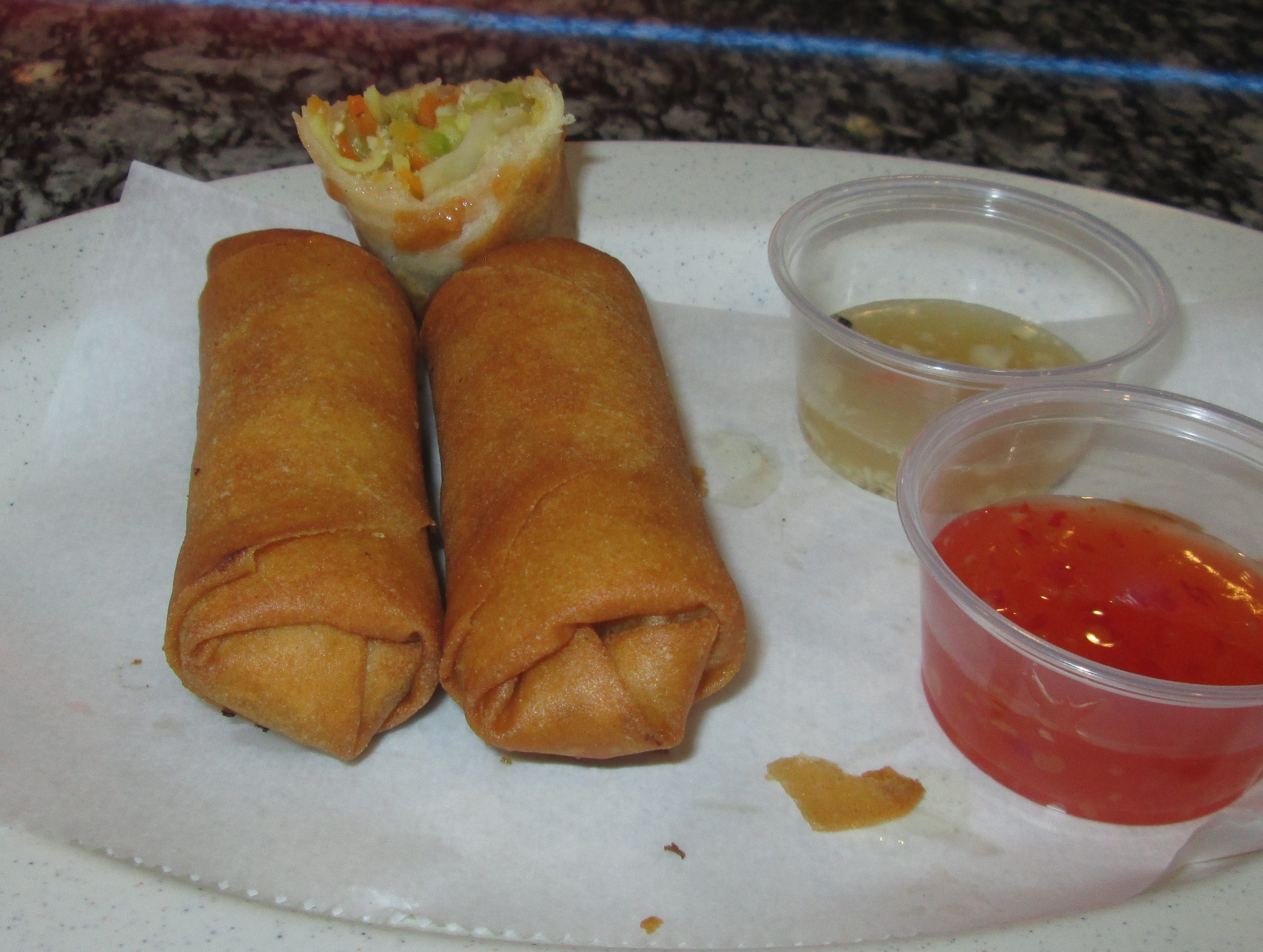 I also remembered the lumpia - Filipino egg rolls - but I ordered wrong. These are ordinary vegetable egg rolls - and actually very good ones. But I wanted the Shanghai Lumpia which I didn’t spot on the menu until after I’d eaten and gone back up to ask a question at the counter. They had neglected to ask which sauce I wanted so I got both - a sweet/sour sauce and a vinegar with garlic sauce. I much preferred the latter, which gives me an idea of what was in Jonathan’s special sauce that is served with the Shanghai Lumpia.

I had seen Embutido in pictures on Yelp and was hoping to try it also but it’s not on the regular menu. This space is used as an event space and tables were set up for a big birthday party; there must’ve been at least 3 dozen chafing dishes already set out. Embutido is only available on the catering menu. They must make a lot of their money off the catering because they’re never busy.

So a not very successful visit. The best Filipino food I’ve had was from Jonathan’s and the short lived Jeepney Truck. But there are several places I have yet to try. And I have to try to get myself invited to one of the catered events.

La Fernandino (their spelling) is in the International Food Court at the Viet Hoa Center on Beltway 8 @ Beechnut. It’s on the far south end of the building and the only entrances are from the exterior. The only other operating stall is Pinoy Fast Food, a steam table place, practically right next door. Pinoy is open 7 days, La Fernandino is only open Wed-Sun and closes by 6 pm.

I’ll have to go just for old time’s sake, if nothing else. I got married in Pampanga. Wonder if my former husband ever wanders in all dewy-eyed and sentimental.