So stopped by la Esquina in Red Bank today for tacos with a friend.

According to google it was closed until next Thursday so I called. They were open.

The place is truly ad hoc, it is a stretch to call it a restaurant or even a bodega with food. It’s literally an eighth of the size of a 7/11. Tiny.

There is a Menu board with no prices posted over the counter.

The one table in the place was occupied. So they folded down a hinged part of the counter and set two stools in front of it.

We ordered 1 each of the bistec, carnitas, Chile relleno and Milanese tacos, so 4 tacos a piece.

They had neither the chicherones nor the lengua, despite these being listed on the board.

The carnitas and bistec: 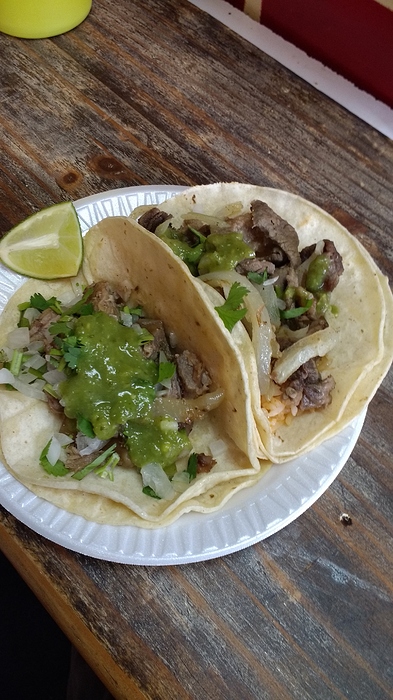 The Chile relleno and Milanese: 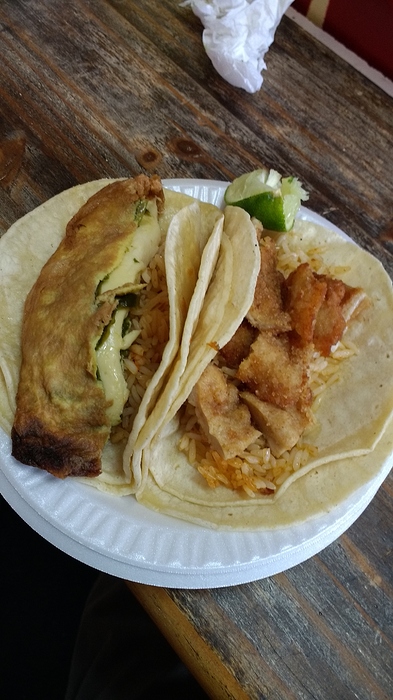 After taking our orders the guys disappeared behind a curtain and the whir and ding of a microwave oven in operation ensued.

The food was good, as were the salsas, so before the microwave there was some home cooking involved.

It was, however, a little disappointing that the tacos were filled out with rice.

Overall the food was good so if someone wanted to eat there I would go again. And I’m not a snob, I enjoy getting food in unusual places.

But overall for Mexican this will not replace International Mexican Grocery, el Oaxqueno, or la Valentina in my regular rotation.

Way to take one for the team vk. I can’t stand when they don’t list prices. I feel like I’m getting jacked…not just here but abroad too.

Way to take one for the team vk. I can’t stand when they don’t list prices. I feel like I’m getting jacked…not just here but abroad too.

Yeah I hear you. I watched the register as they were ringing this up and tried to figure what was what, but it didn’t really make sense.

No one puts rice in tacos.
Maybe in the TLOs mentioned in serious eats comprehensive taco style identification article 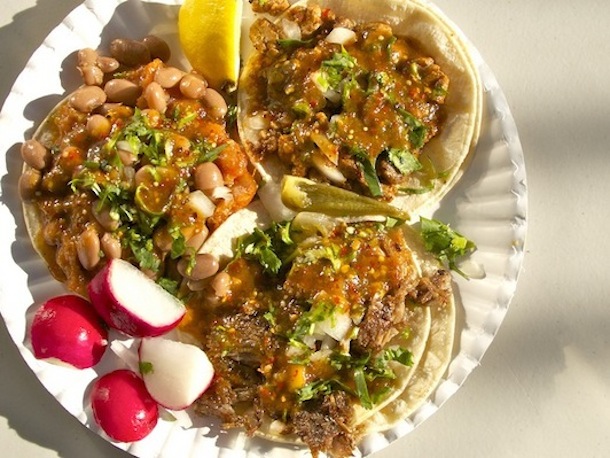 Tacos come in all shapes, sizes, colors, makes, and models, and you'd be hard pressed to find anyone who doesn't like at least some form of meat-shoved-in-thin-flatbread. Here's a quick guide to the most common types of tacos around. I'm sure we've...

No one puts rice in tacos.

Well if you look closely at my photos you will notice that la Esquina does.

Needless to say, I was somewhat surprised by this.

Yeah, and that’s weird! Burritos i’m not surprised when there is rice but even vegetarian tacos don’t have rice.

I didn’t even notice the rice when I first read this. I wonder if that’s the gringo version they serve?

That’s as bullshit a filler as I ever heard. The tacos look legit till I spy a bit of that rice. How were the chili relleno and the milanese taco?

I’ve been down for the count with whatever’s going around with virtually no appetite, but starting to feel better. I can see lunch tomorrow at LaTapatia which I assure you will have no rice. With their salsas guaranteed to clear out my sinuses and probably my lower trans.