This meal was from last December. Its the last meal in LA before we drove back up to the Bay Area. I had heard about the Echo Park blue corn quesadilla lady previously and was hoping to catch her before we left town. Part of the reason was many years ago we had a heavenly blue corn quesadilla from the D.F. quesadilla lady that was featured on the Bourdain show, and we were still beating ourselves up for getting only one that day (because we had a very full breakfast that day).

I took the Echo Park in the ‘Echo Park quesadilla lady’ quite literally. Drove all around Echo Park looking for her. It didn’t look right as the park had very little foot traffic at that time in the morning. Eventually ended up on Sunset near by and asked some locals who pointed me to the next block from where I was. Finally found her. along Echo Park Ave near Sunset, outside of Lot 643. Of course, today when I looked at the Google Map again, someone marked the location- much more convenient.

I think it was five dollar a piece. For that, you get a blue corn masa with toppings of your own choosing plus a bed of cheese at the bottom. I got pretty much one of each kind- potatoes, mushroom, maybe blue corn, and other toppings I don’t remember now. It was almost a year ago so I can only recall general impressions of the meal rather than specifics.

I thought the quesadillas are quite decent for the price. Its a quite filling and satisfying meal for $5. If I have a chance to order again, I’d ask her to reduce the amount of cheese by at least half. Its a personal preference. As it was, the cheese was the dominating component of each quesadilla. Would rather the other ingredients to have a bigger turn in the spotlight. 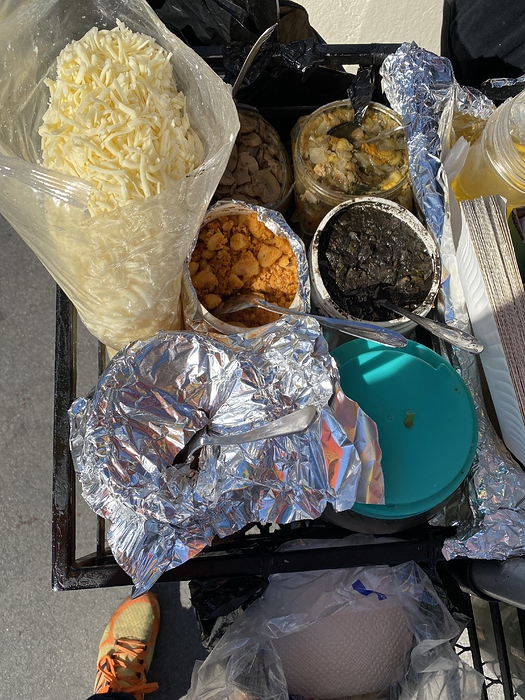 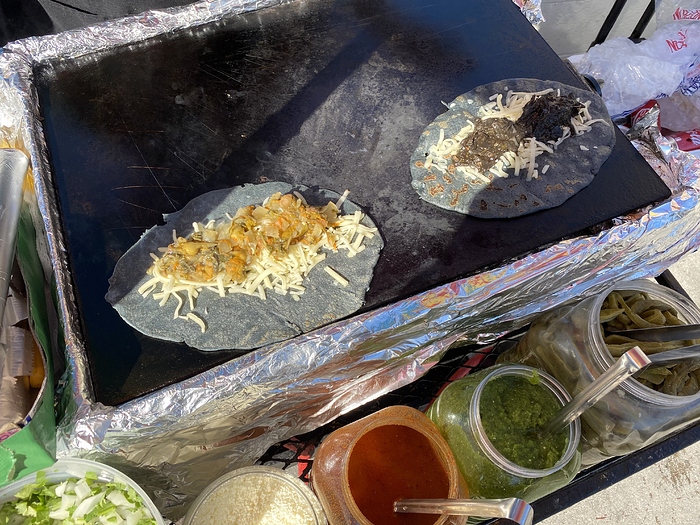 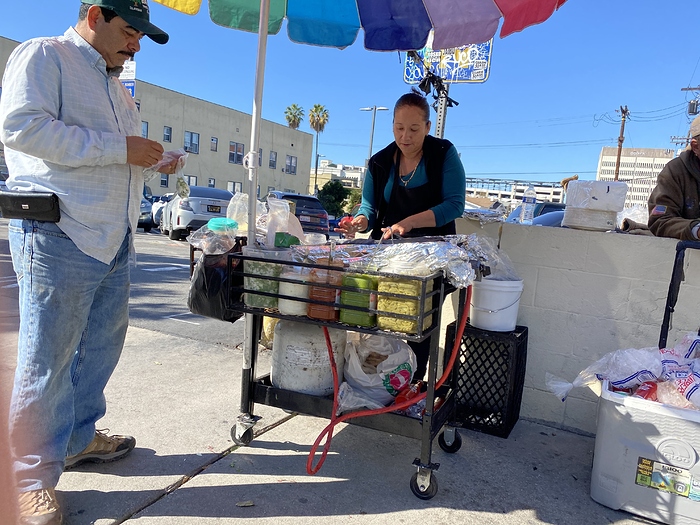 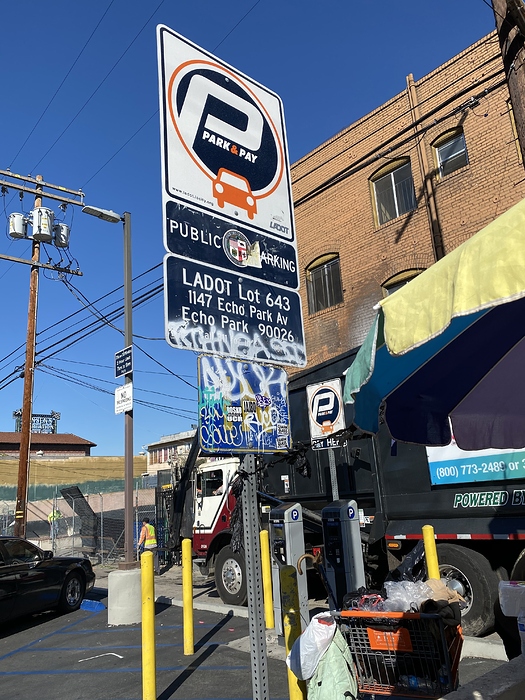 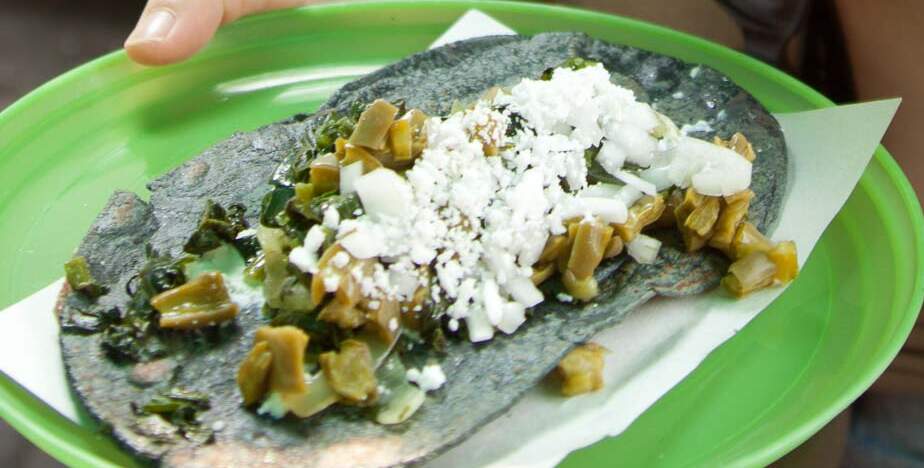