I stopped by Kusan Uyghur en route to the Central Coast recently—- its a convenient jaunt off of 101S. I learned from a Chinese language Facebook group that the chef came from Eden Silk Road in Fremont, which is where Sama Uyghur’s team came from. The menu is terse, so it would be easy to sample everything with a good sized group— they have a private room too. 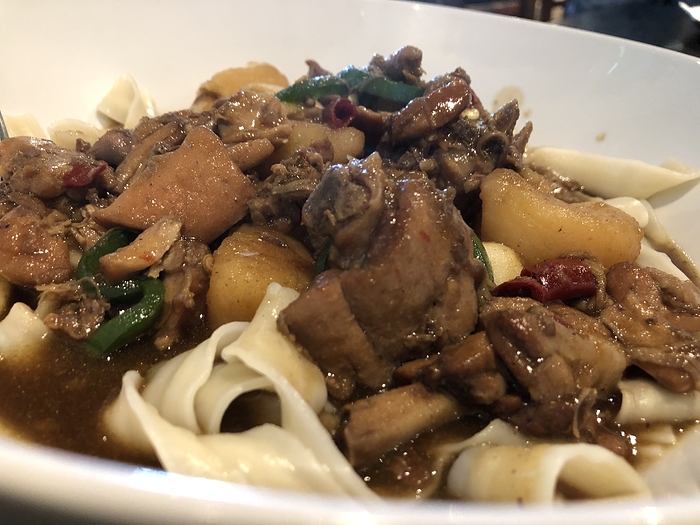 Spice heat was limited to bites of fresh chili in the big plate chicken, coarsely cut bone-in chicken in a savory, spiced gravy. There was plenty of gravy to coat the long wide noodles underneath, which are more abundant and al dente than in other versions of big plate chicken I’ve had, possibly because they outsource them rather than hand pull/tear on site. An indentation in the middle suggested they’d been hand-stretched, but I didn’t confirm with the staff. Whatever… noodles were a perfect pair to the hearty and meaty gravy. They’re halal, so this style has no beer or rice wine in the gravy, and there’s also no fermented spicy elements like doubanjiang. 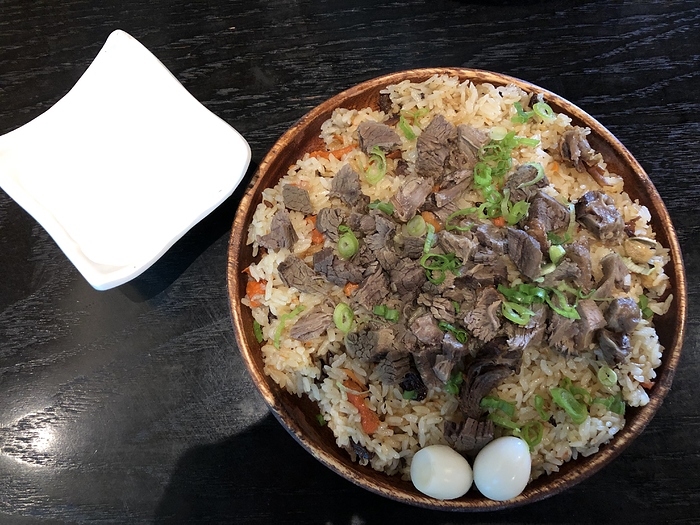 Pilaf was very good. More chopped lamb than carrots and raisins, not very sweet overall. I ate it with a side of their house made yogurt, which tasted just like Strauss to me, and might make them the only local Uyghur place to do yogurt in house. 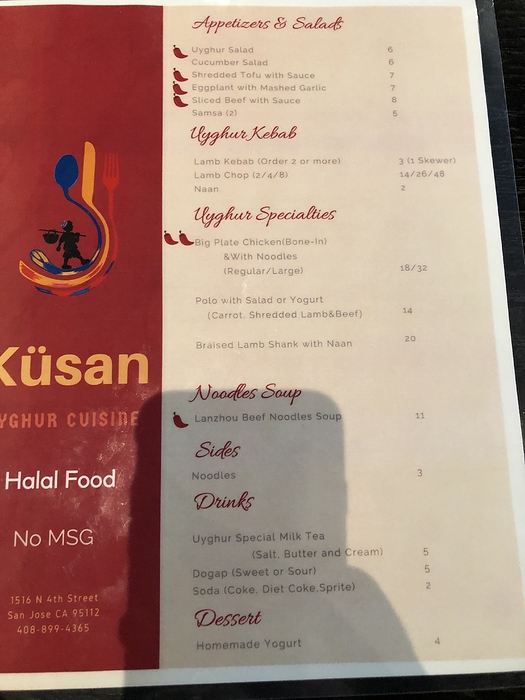 I’ll note that photos of their samsas seem to use tortillas just like Eden.