I had planned to go to The Dyak restaurant which is well known in Kuching for it’s traditional local cuisine. Dyak is the term for the indigenous people of Borneo comprising many tribal groups.

I took part in a traditional bamboo raft race at a village an hour out of Kuching and went for dinner after with the people who took me. I mentioned The Dyak restaurant and Lepau was suggested instead. So I decided to take their advice ( it being cheaper, near our guesthouse and not overrun with tourists). I’m glad I did as it was a wonderful meal.

The rice had a lovely nutty taste. 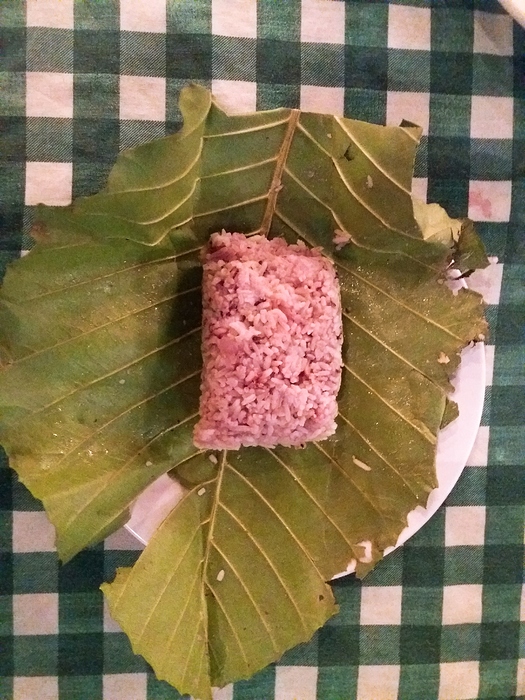 The pansuh chicken (cooked in bamboo) was very moist in a lovely broth with lots of lemongrass. 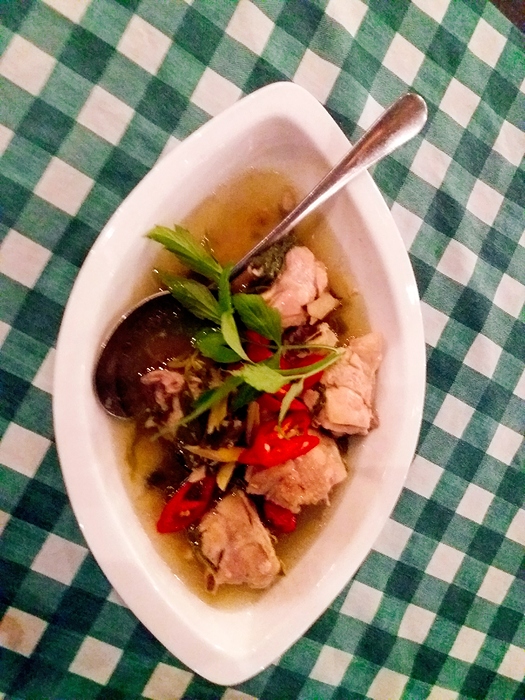 The mixed veg were lovely especially the smashed tapioca leaves and the jungle ferns. 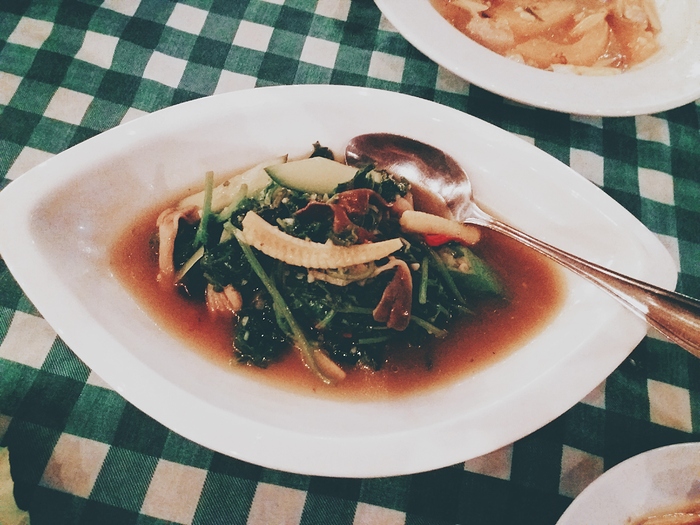 The fish in fish and sour eggplant dish was very well cooked. The slightly sour fruitiness of the eggplant (a fruit that tastes a bit like apricot) went well with the fish. 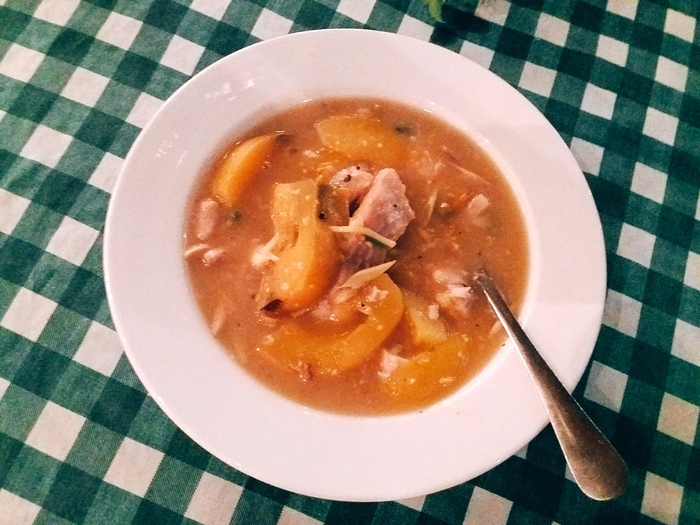 Also the beer was very cold which was appreciated.

We went to the Dyak in 2013 and enjoyed it as it was completely different from anything else we’d had. It was definitely an upmarket restaurant aimed at tourists or more affluent locals though.

They had an interesting dish with pork and fermented durian - that’s interesting in a good way.