KL’s unique black-coloured charcoal-fried Hokkien mee is unique to the city, and every KL-lite will have his /her own personal favourite spot. The dish was invented by the founder of Kim Lian Kee - the oldest Hokkien mee eatery naturally and, in my books, still churns out the best-tasting Hokkien mee in KL today.

The stall was first founded by Wang Jinlian from Anxi, Fujian, in 1927. The 88-year-old stall is now in the hands of the 3rd-generation of the family who owns it. It opens from 5pm till 5am daily, perfect if you feel hungry at 3am in the morning 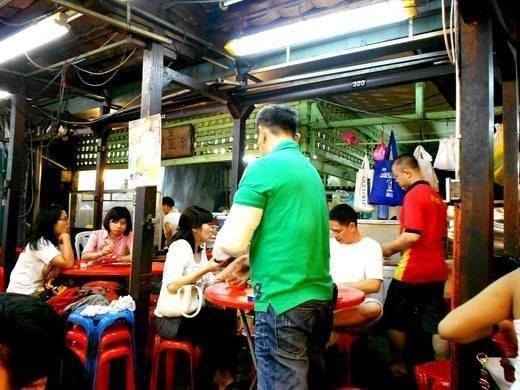 Kim Lian Kee’s Hokkien mee - unparalled! The stallowner-chef toasts dried flounder before pounding the fish into powder. This is used to fry with lard, garlic, pork, pig’s liver, shrimps, squid, cabbage and yellow noodles. Tasty broth is added gradually during the frying process, to be slowly absorbed by the noodles into a thick, gluggy, tasty mess - glossy ebony through addition of generous amounts of dark soysauce. Best in town! 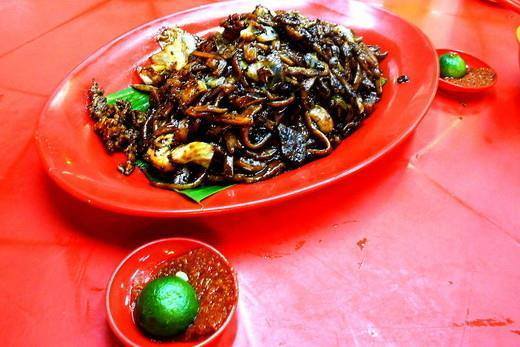 [2] Restoran Aik Yuen aka “the one behind Tawakal Hospital”
Jalan Sarikei, Off Jalan Pahang Barat, Setapak
53000 Kuala Lumpur
It’s a rather long drive int one of KL’s grimier suburbs, but worth the effort as the noodles here oozes lardy-goodness, with perfectly-balanced flavours from its soy-garlic-lard flavourings. 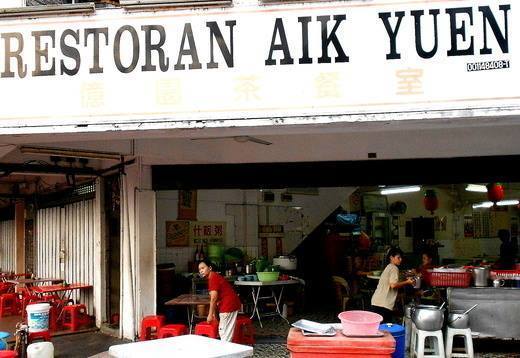 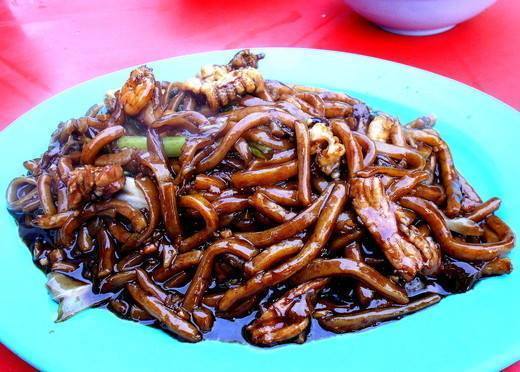 [3] Mun Wah Hokkien Mee (文华福建面家)
55, Jalan Maharajalela
50150 Kuala Lumpur
Tel: +603-2144-7404
Another oldie but a goodie - Mun Wah’s proximity to the heart of KL’s old Chinatown sees a frequent train of customers, most of them regulars who’ve been coming here for the past 4 decades. 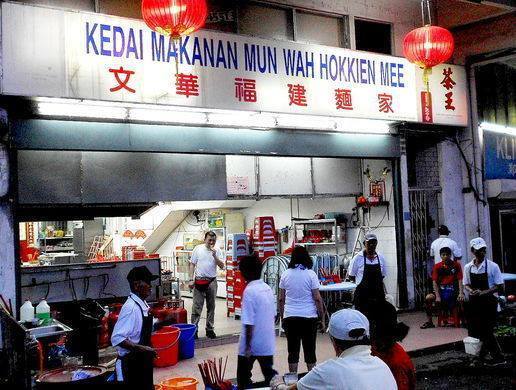 Mun Wah’s Hokkien mee incorporates pig’s liver, which gives the dish a deep-earthy flavour. Again, the typical KL Hokkien mee chef’s expert balancing of the lard-garlic-dark & light soysauce plus other condiments gave their rendition a rich, mellow flavour which compliments there fat noodle texture perfectly. Mun Wah’s version is paler than the others, but has the right consistency for its gravy. 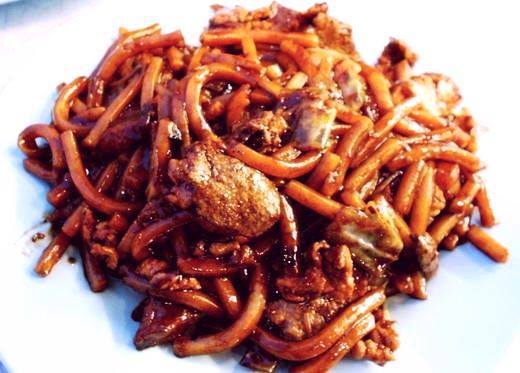 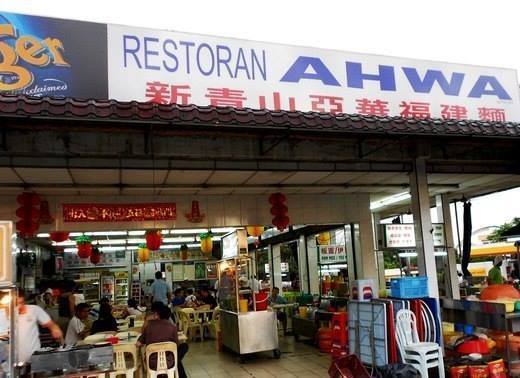 Ahwa’s Hokkien mee, fried with lard, it’s oily, lip-smackingly delicious with a “wok hei” fragrance, and packed with virtually a million calories. Sambal belachan (chilli-shrimp paste dip) was served on the side, to cut through the richness. 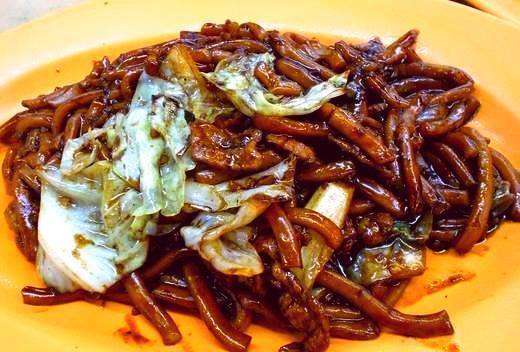 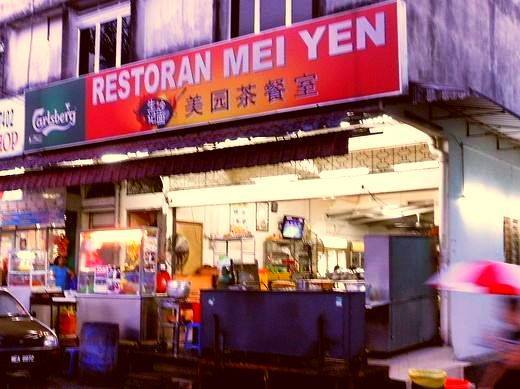 Mei Yen’s delicious smoky-flavoured Hokkien mee. His noodles were incredibly aromatic and had a depth of flavor unlike any I’d tried before. Pork, shrimps, cabbage and lardons dot the thick, fat noodles glistening with lard. 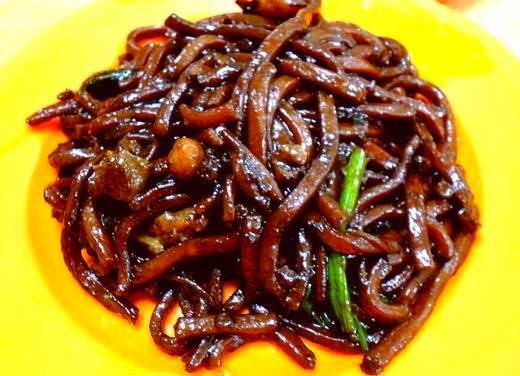 [6] Lien Bee (联美)
Alleyway next to Lai Foong Coofeeshop
Off Jalan Tun Tan Cheng Lock
50000 Kuala Lumpur
Nearly 70 years old and still going strong, Lien Bee is one of KL’s Hokkien mee stalwarts which still churns out one of the most traditional renditions of the dish. 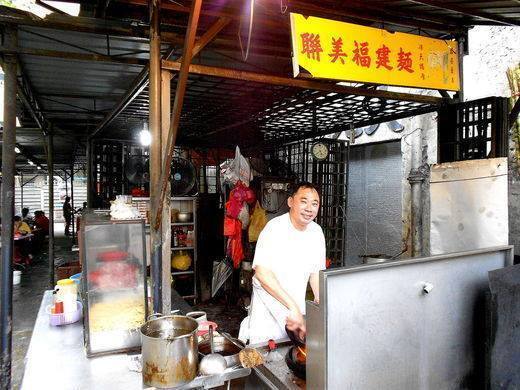 Lien Bee’s Hokkien noodles still have the traditional pork, squid & pig’s liver ingredients. Many customers have claimed the standards have gone down in recent decades, though. 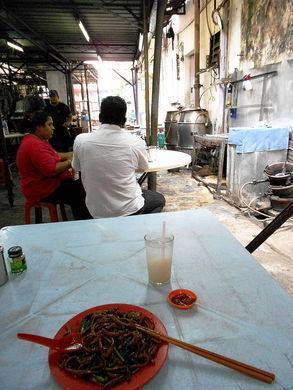 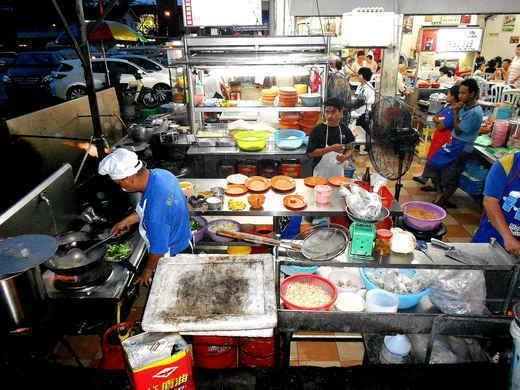 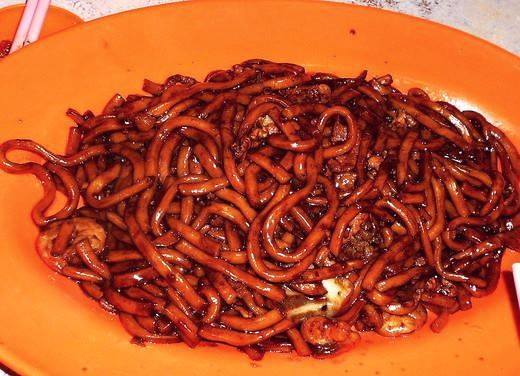