This is the KL offshoot of Tenkuni, the 132-year-old Ginza tempura institution. I had my first specialist tempura meat at Tokyo’s venerable Ten-ichi, nearly two decades back and it was a defining moment for me then in appreciating fine dining-style tempura.

Singapore finally got its first specialist tempura restaurant, Tenshin at the Regent, just over a decade and a half back - in the early 2000s. KL has now finally gotten its own tempura specialty restaurant with the opening of Ginza Tenkuni - albeit a tiny one with a counter that seats 12 persons (there are also private rooms for Malaysia’s secretive officials and their business cronies). 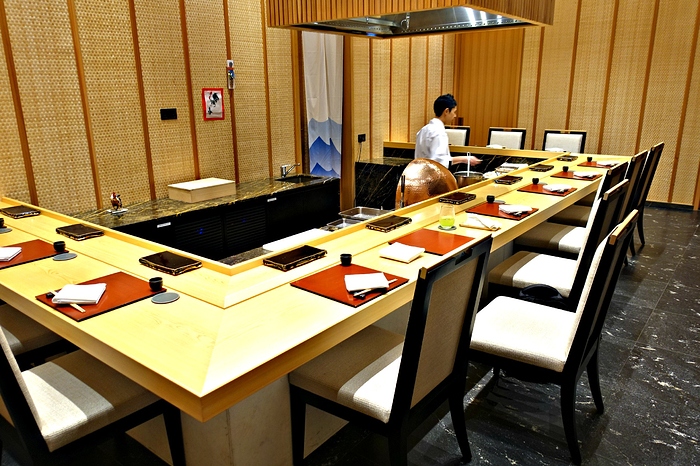 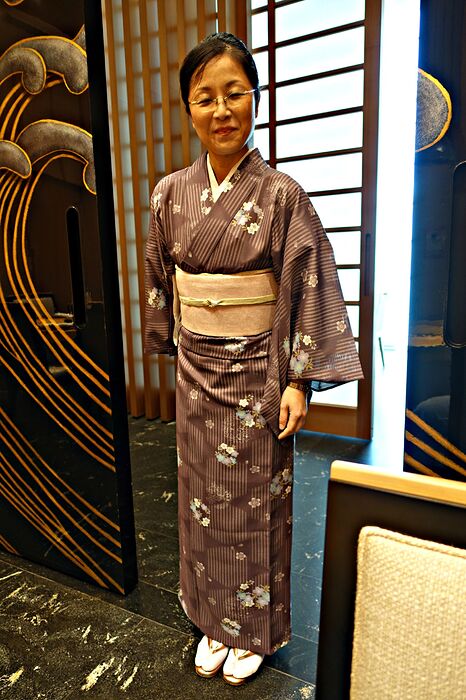 Tenkuchi KL’s executive tempura chef, Kenichi Ishikawa, tests the temperature of the blend of sesame and corn oils to be used in the deep-frying of the tempura: 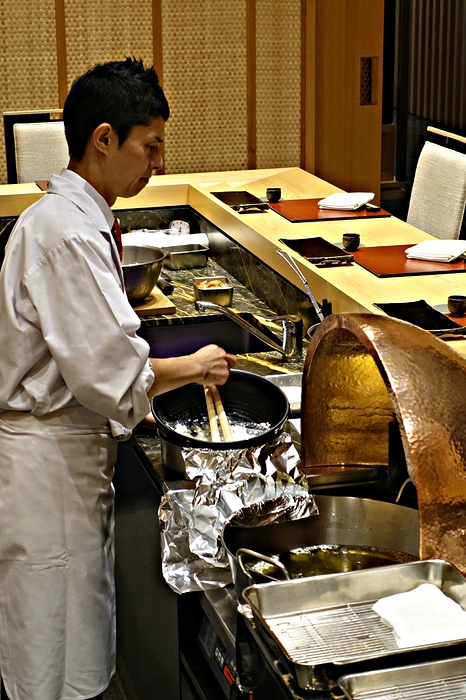 Tenkuni only serves set meals which really doesn’t come cheap. I opted for the smallest one (Ume set), which still clocks up to RM450 (US$100) per head.

First up were two vegetable/salad starters: 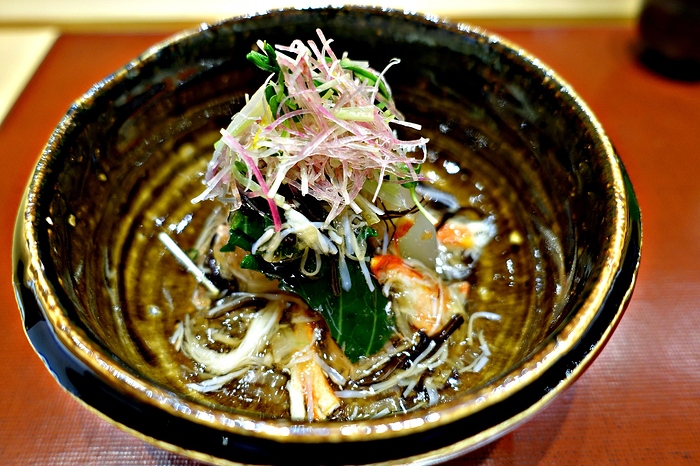 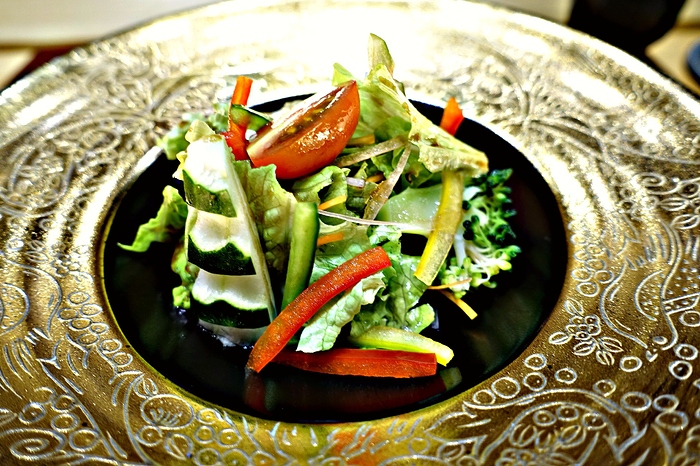 Then, crisp, succulent prawn heads were served up as a prelude to the tempura courses: 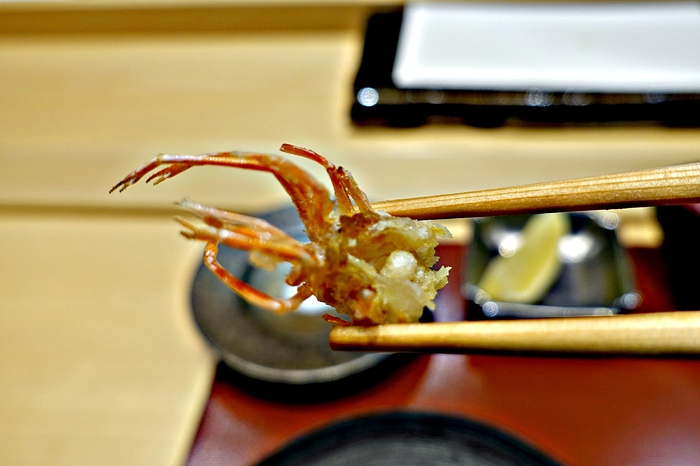 Next, whole tempura prawns - the first one was dipped into plum salt, as recommended by the chef: 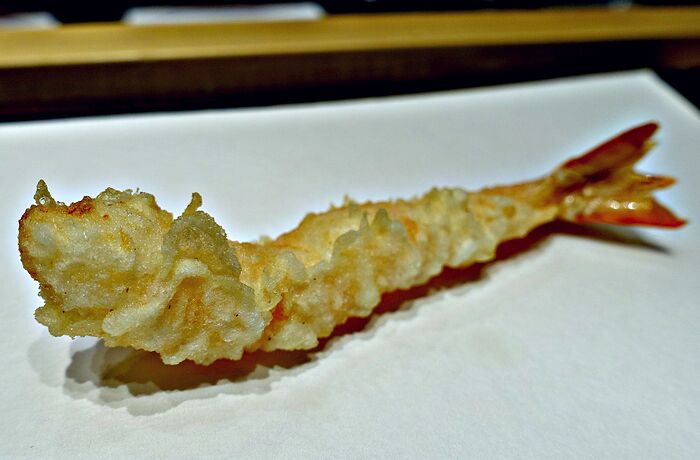 We were then told to mix the grated daikon (radish) and ginger to the tentsuryu (tempura dipping sauce). Tenkuni’s secret tentsuryu sauce contained soy sauce, mirin and a dashi - and only two chefs in the company knew of its recipe. 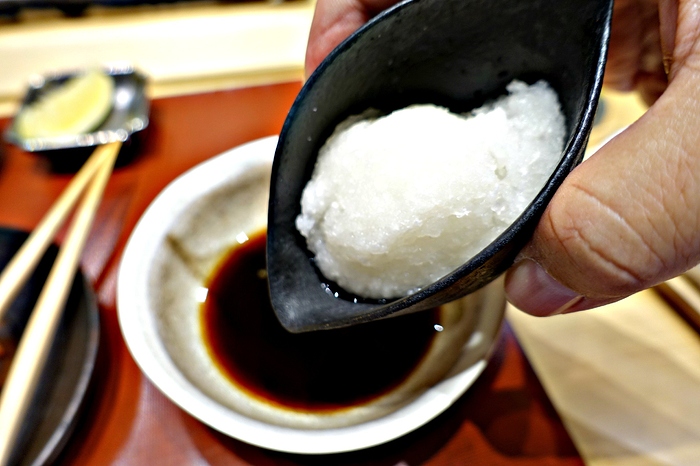 The second prawn tempura is then served up, to be dipped into the tentsuryu. It was delicious. The next course was nanohana or Japanese rape blossom, a spring vegetable: Squid wrapped in ohba leaf was next - very subtle scent from the leaf which made the morsel quite tasty. It’s the first time I actually enjoyed the scent from ohba, which I normally don’t quite like. 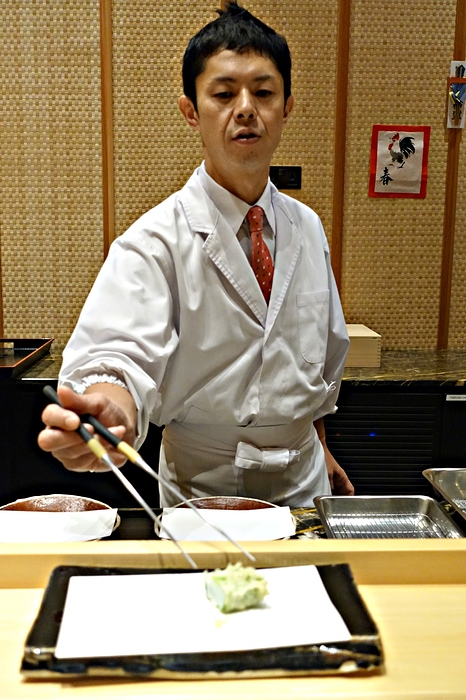 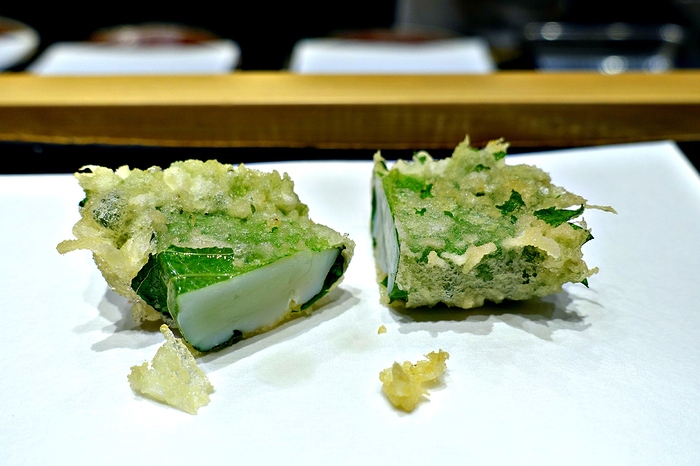 I’m not able to identify this next item - a leek-like bulb vegetable, with a more subtle flavour than leek. 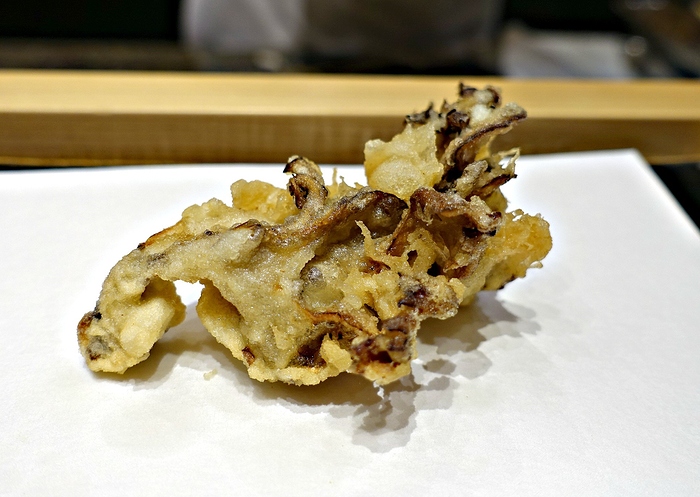 Anago (sea eel) almost felt like the piece de resistance - both substantial and yet swimming with flavours. 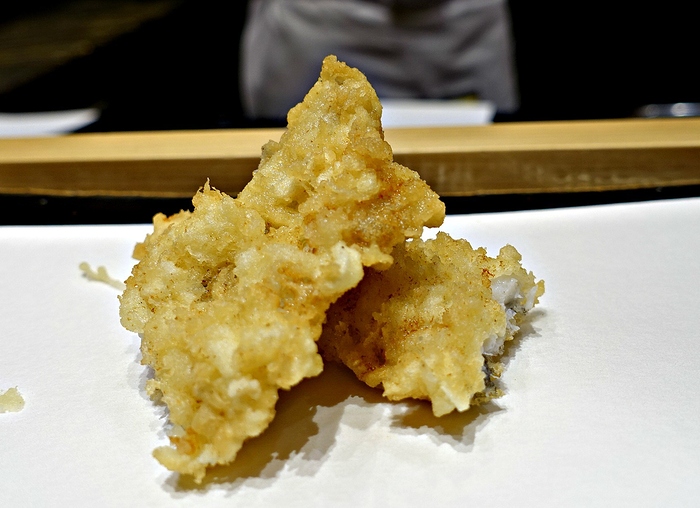 But the highlight of the meal, for me at least, was actually the next item - the sugary-sweet Satsuma Imo or Japanese sweet potato. It took the longest cooking time, but the result was an epiphany: sugary sweet on the outside and soft & yielding within. It’s the only item to be eaten on its own without any salt or tentsuryu dips. 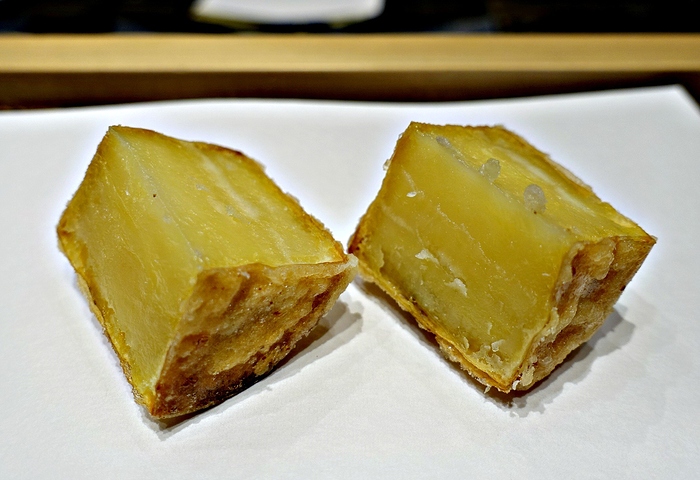 The meal finishes off with Tenkuni’s famous prawn kakiage - the guest has 3 choices: to have the kakiage separately with rice, or atop rice & drenched in sweet soy dressing (tendon), or atop rice but with green tea broth (ochazuke). I opted for the tendon, a particular weakness of mine

The kakiage was stupendous - a generous helping of very fresh prawns, with the delicate sweet sauce on rice. Match made in tempura heaven. 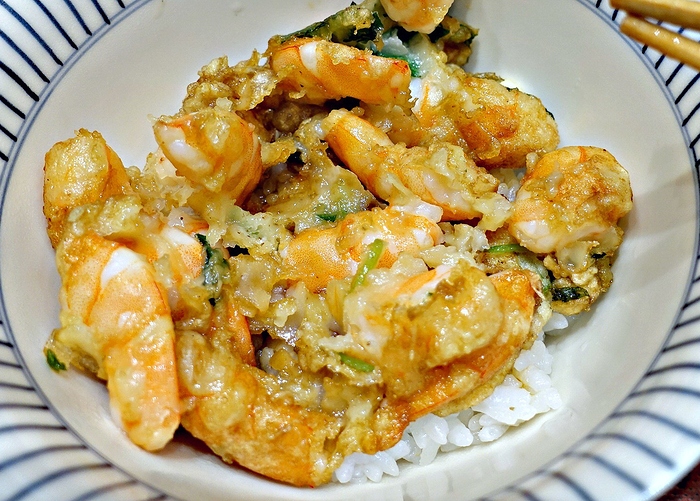 The accompaniment was a miso soup served in a delicate lacquer cup. 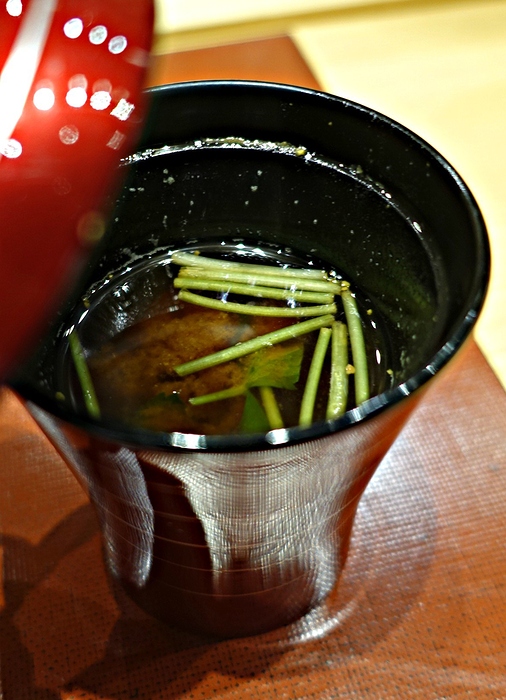 Dessert was a panna cotta with green tea sauce. 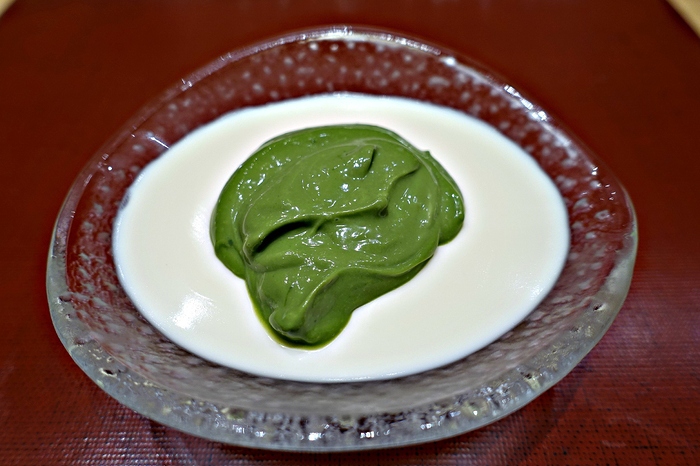 Overall, definitely the best tempura meal one can have in Malaysia. Just not so sure about the stratospheric prices.