The Hainanese-Chinese have traditionally dominated the food industry in both Singapore and Malaysia, and nothing beats an old-fashioned Hainanese coffee with kaya toast & soft-boiled eggs for breakfast in one of these venerable institutions, called “kopitiams” (coffeeshops). Singapore has Killiney Road Kopitiam, Yakun and Chin Mee Chin, whereas KL has its Yut Kee. In Penang, go to Toh Soon or Kong Thai Lai in George Town and Luan Fong in Butterworth.

But the one which serves the best Hainanese kopitiam fare which I’d come across so far is Cathay (or Sin Kok Thye) in Port Klang, 18 miles from Kuala Lumpur. My first visit there was in 2015, but the high standards were maintained when I was back there yesterday. 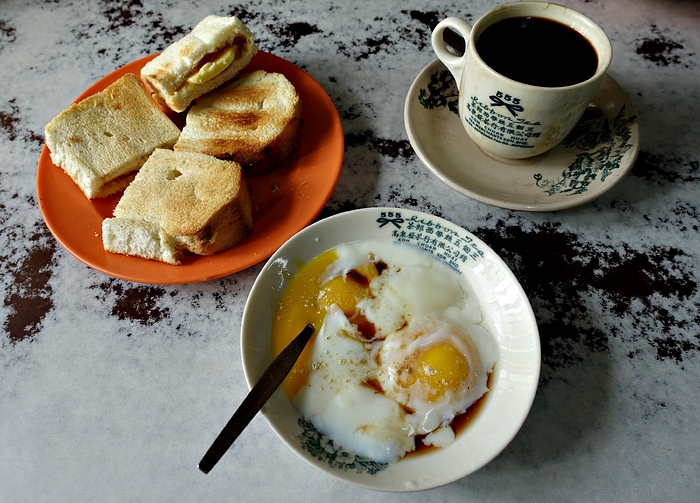 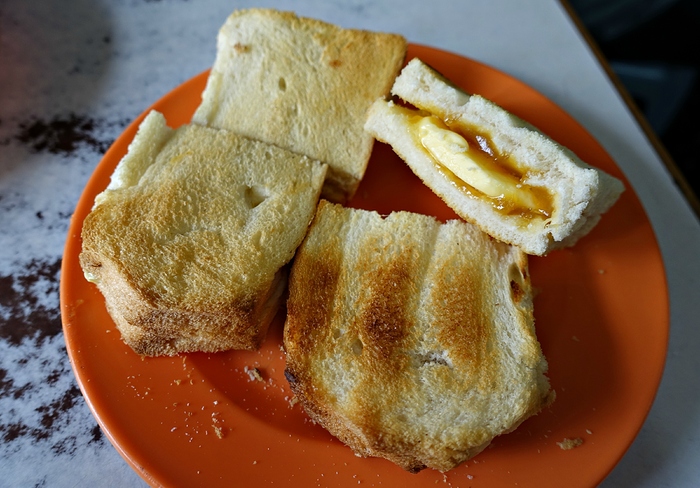 Traditional Hainanese coffee/kopi is made from a blend of roasted coffee beans (basically 60% beans, 36% sugar and 4% butter), so the “kopi” actually has a sweetish tinge when brewed. 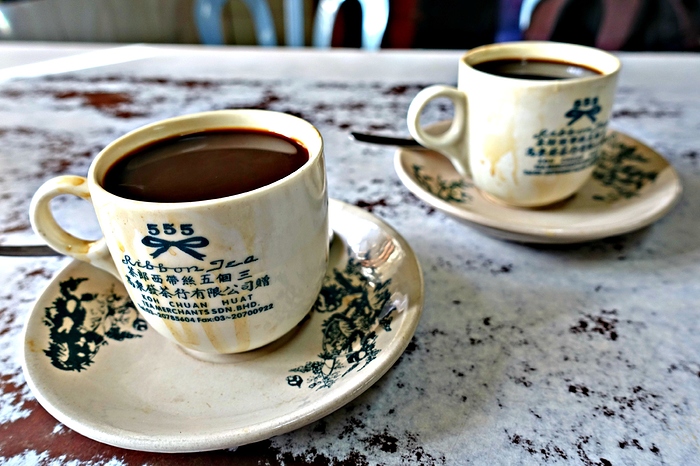 Cathay is open daily except Sundays, from very early in the morning - 6am thereabouts - to cater to the shipyard workers in Port Klang who made up the bulk of their clientele on weekdays.

Their chicken chop, served the traditional Hainanese way which is de rigeur across Malaysia & Singapore, consisted of batter-fried chicken, smothered in a light, brown gravy sauce (tinged with Chinese 5-spice, soya sauce, Worcestershire sauce and other condiments), and garnished with potato wedges and peas. The rendition here is the best I’d had from any Hainanese kopitiam across Malaysia/Singapore! 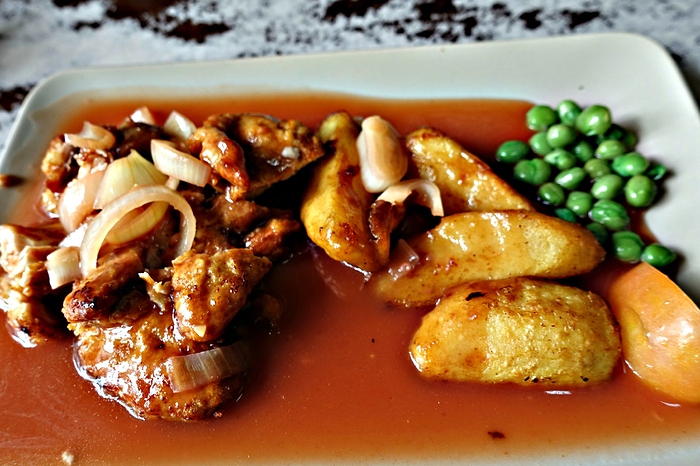 Another Hainanese kopitiam staple is the Hainanese-style fried noodles - paler in colour than its Chinese-Hokkien counterpart, and with a trademark light, brown sauce/gravy as well. It’s also very simple and rustic: basically yellow wheat noodles with strips of chicken or pork, shrimps and “gai lan” greens. 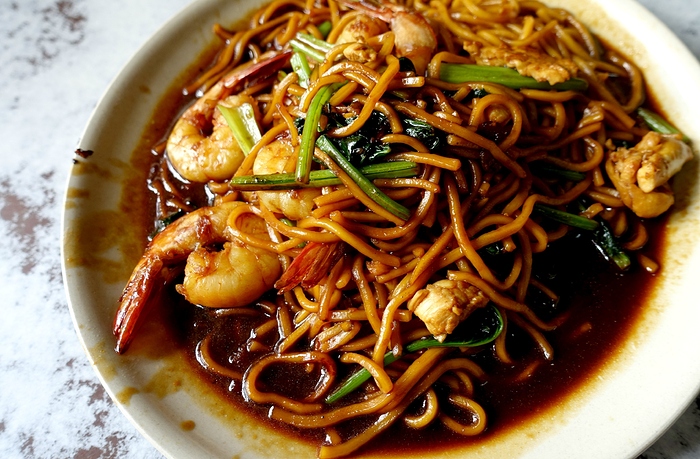 The atmospheric, old-school atmosphere is a typical of Hainanese coffeeshops in the old days. 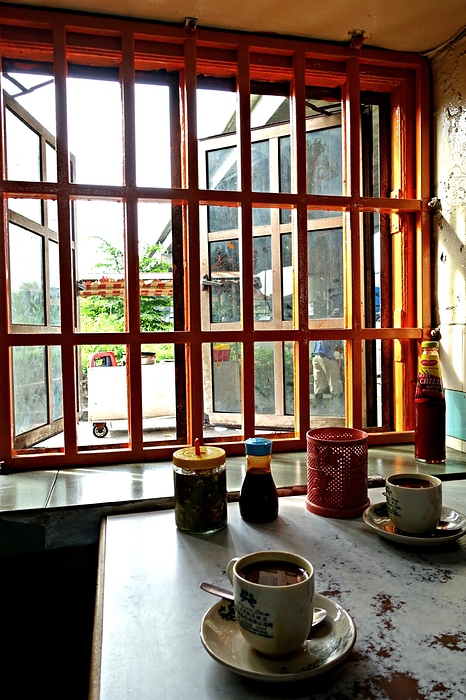 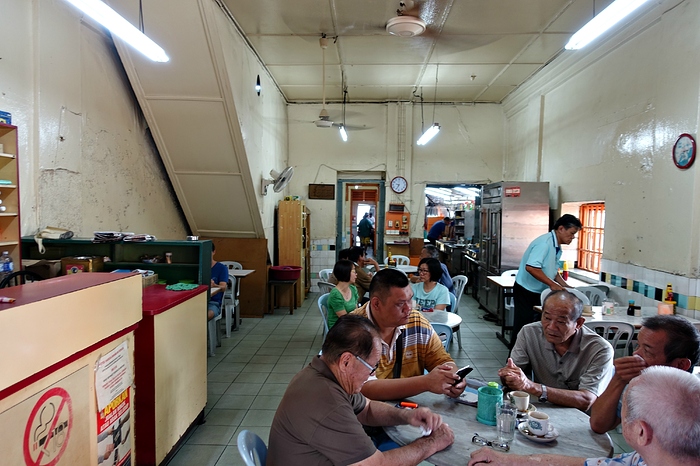 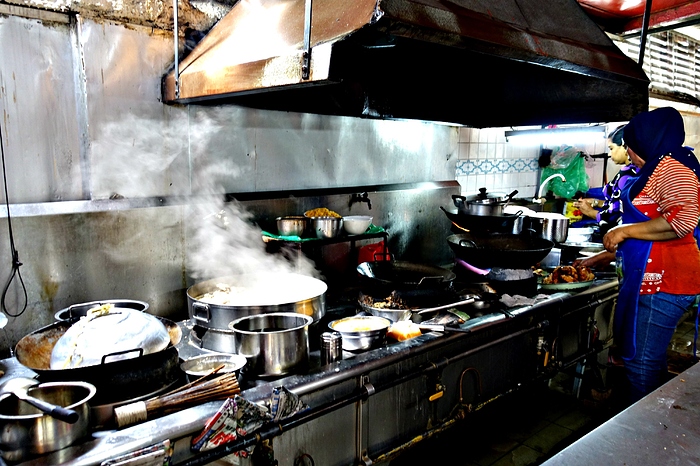 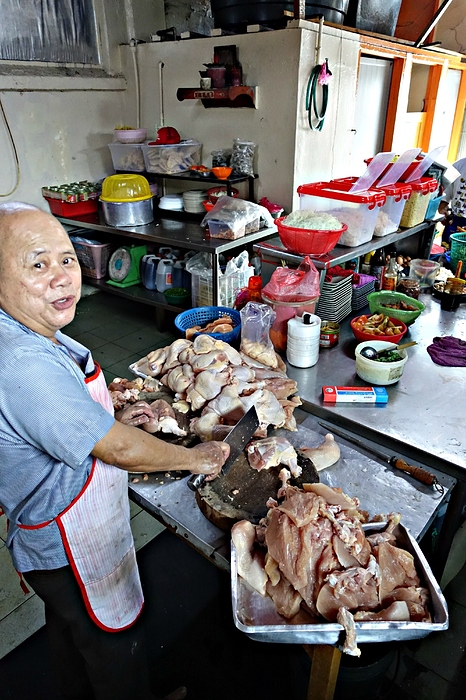 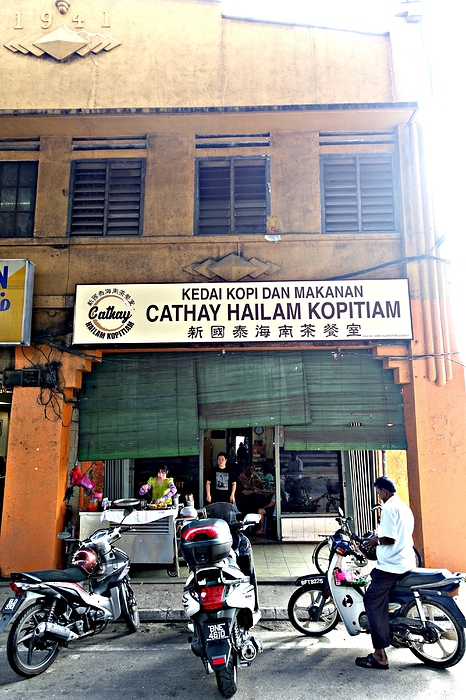