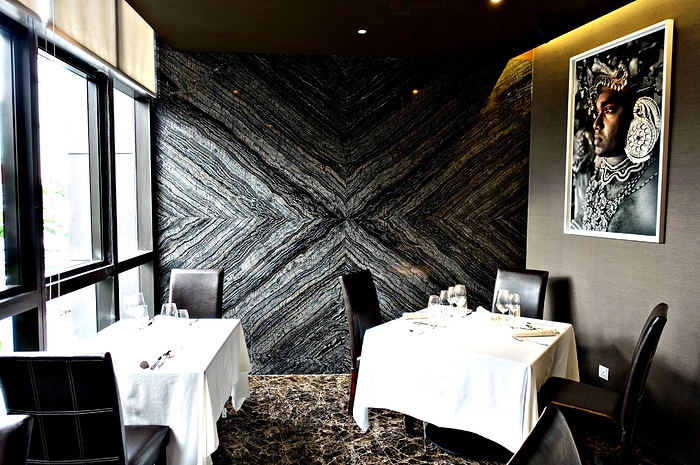 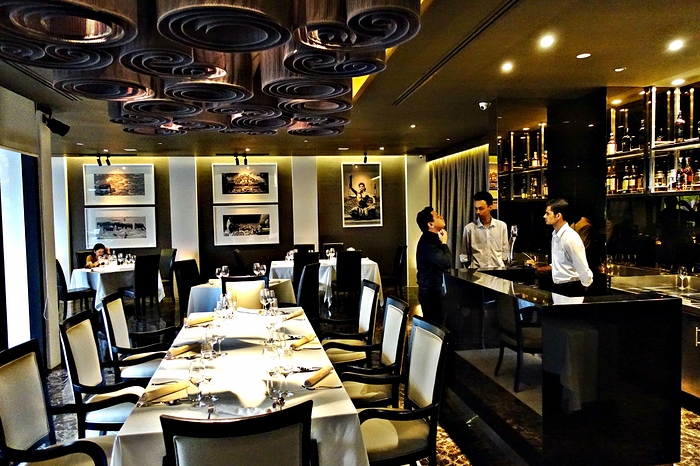 Started off with a couple of cocktails:
“Cocktail with No Name”, served in an egg-shaped vessel in a bird-nest. It consisted of gin steeped for 48-hours with truffles & basil. 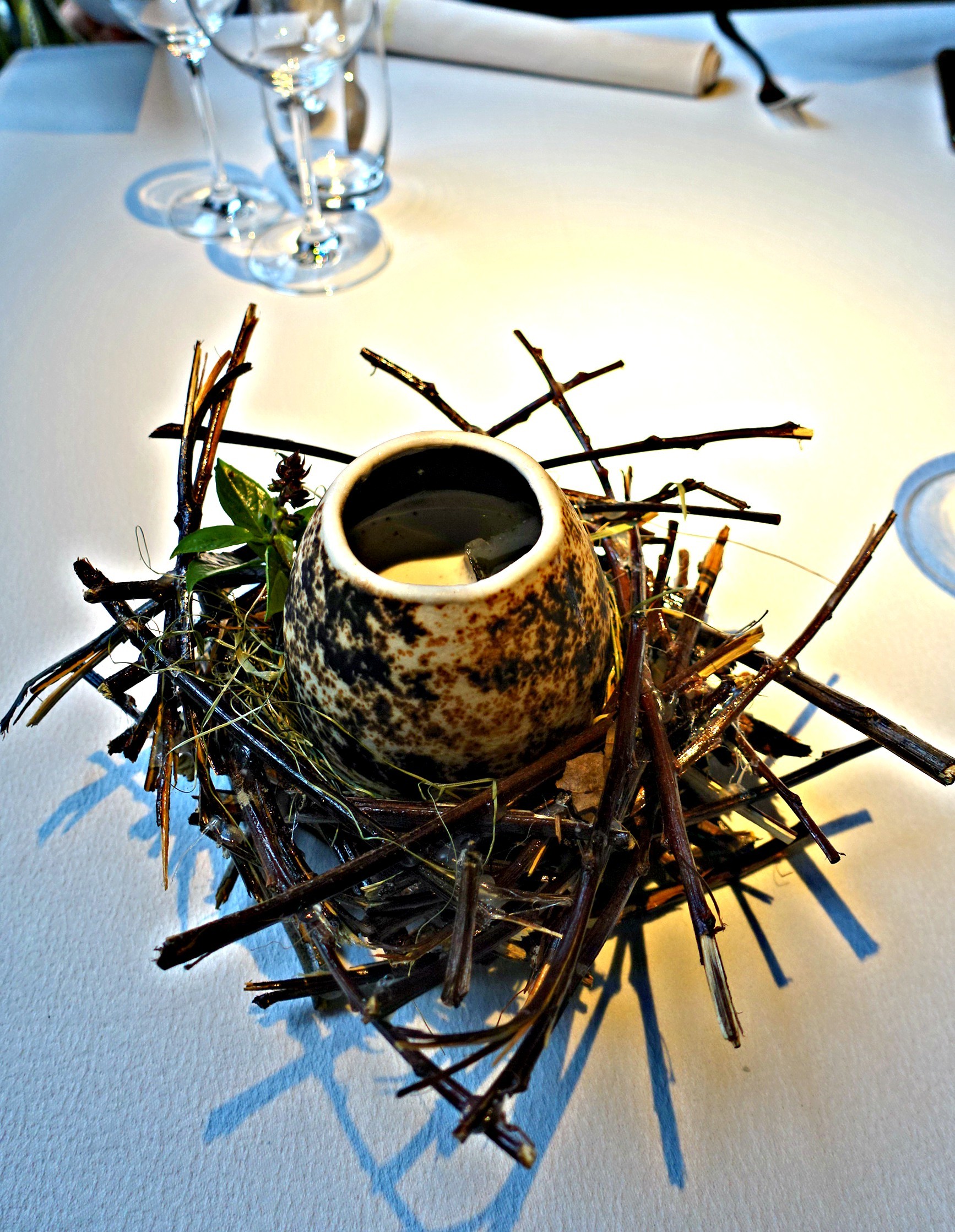 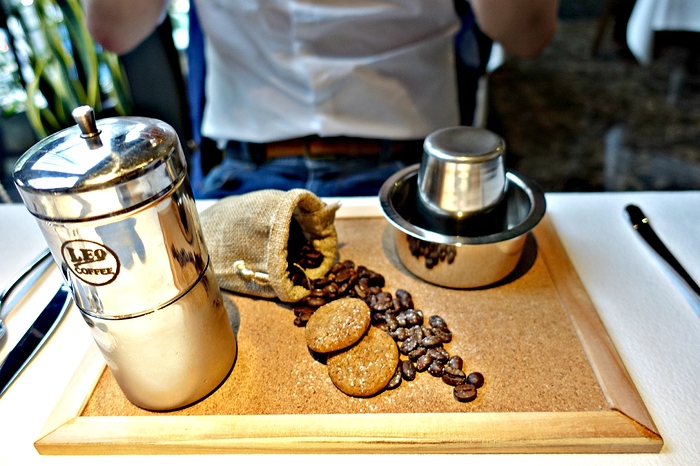 The waiter creating a foamy head for the cocktail by pouring the vodka-coffee mix from one decanter into another, the traditional Indian-style for preparing coffee. 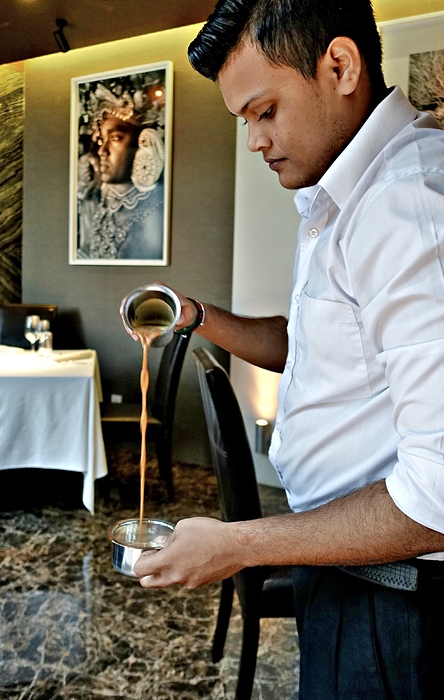 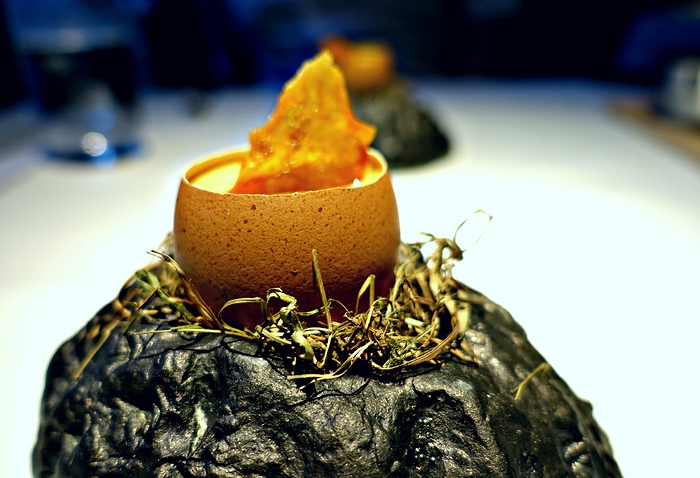 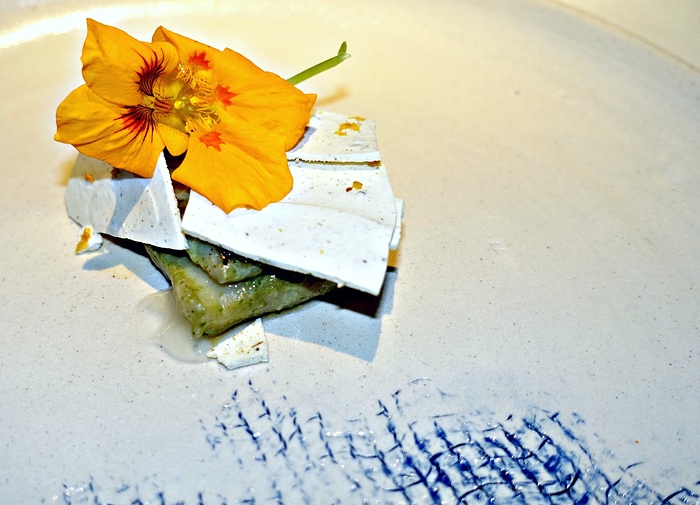 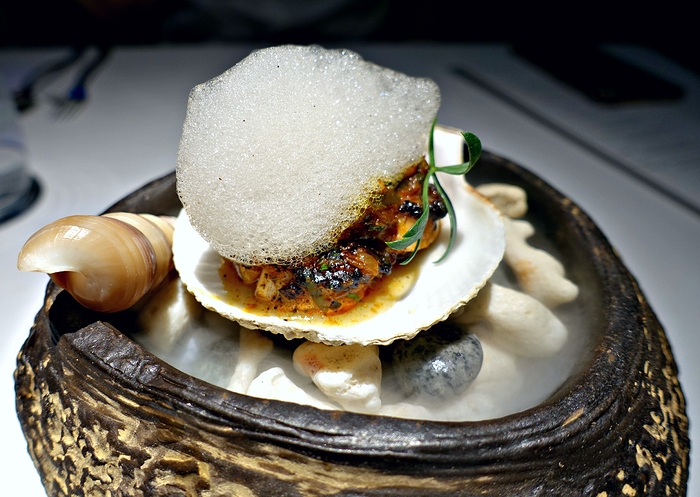 Executive Chef, Johnson Ebenezer, personally prepared the tomato drip-broth, consisting of three types of tomatoes, together with herbs and spices. 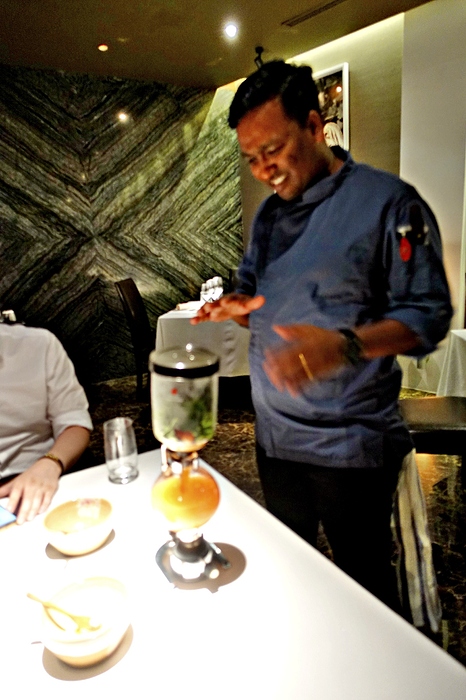 “Monsoon Ritual” - recalls the Executive Chef’s childhood in Tamil Nadu whence a hearty, spiced tomato broth was served to children at the onset of the monsoon season, to stave off colds. 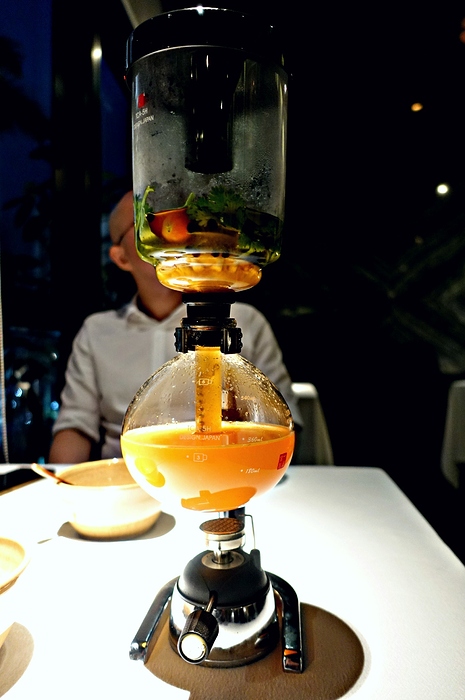 Each soup bowl bore a “lipstick mark” to indicate where the diner is encouraged to sip the soup. 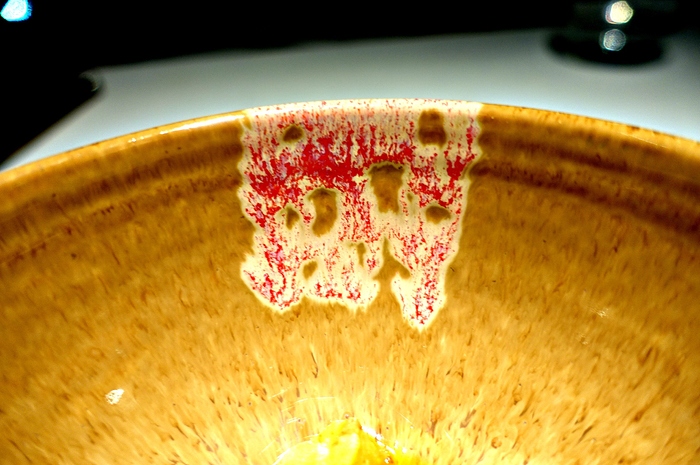 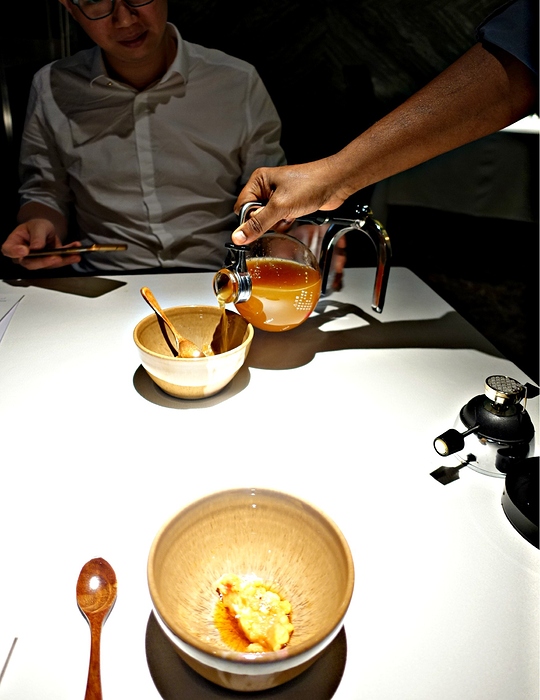 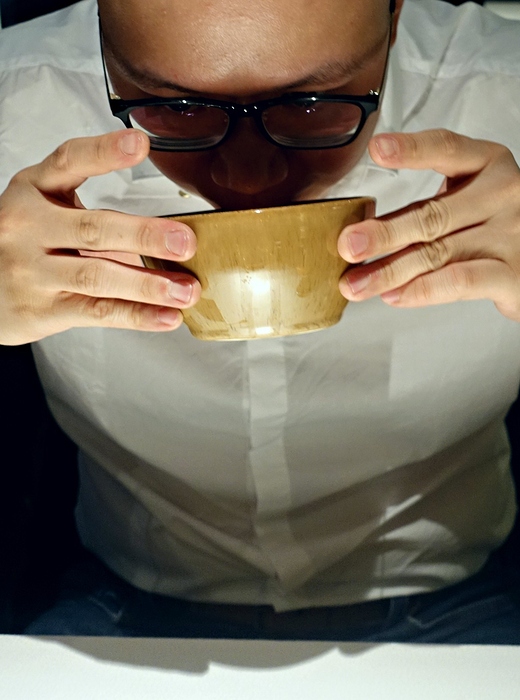 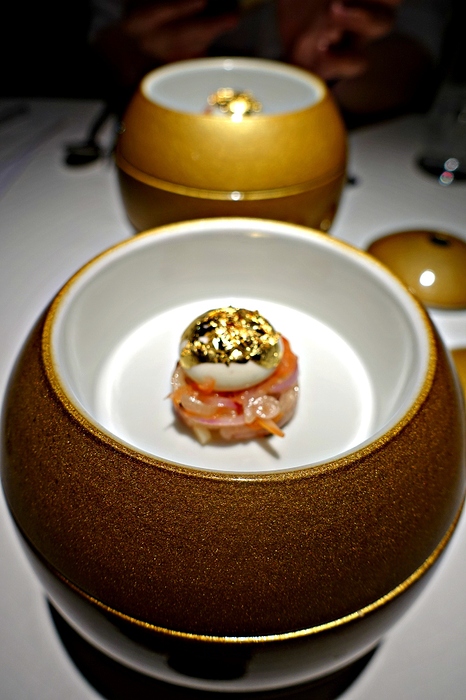 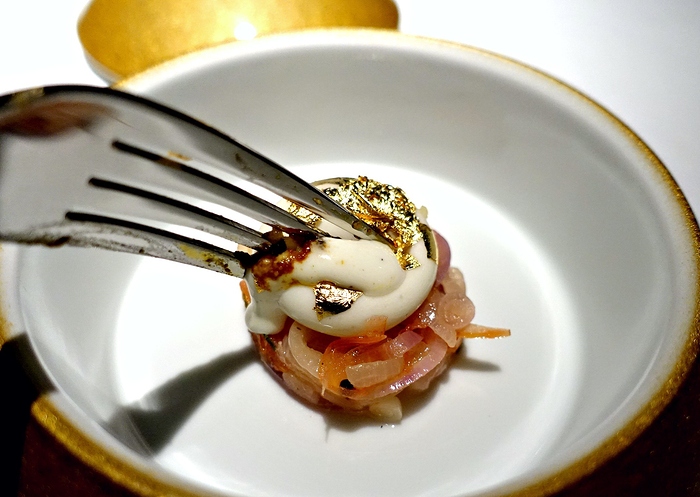 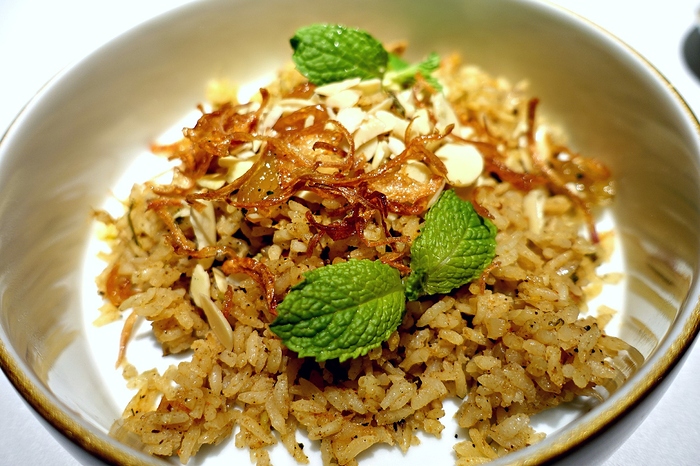 The bottom tier has a Patchadi - grilled aubergine, topped with Demerara sugar, served atop a spiced puree of hazelnut-cashewnut-almond paste. 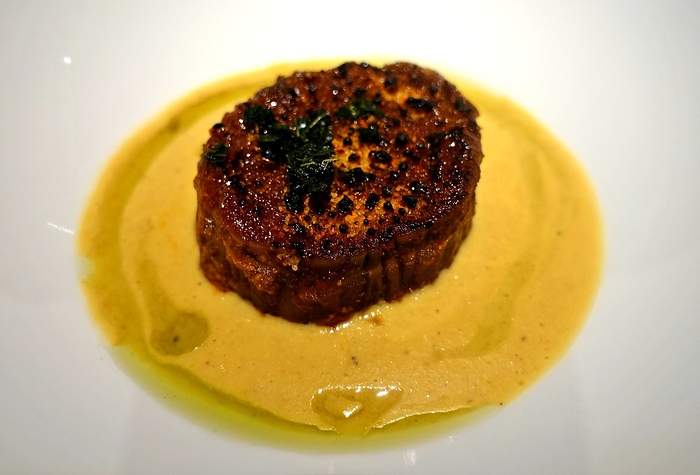 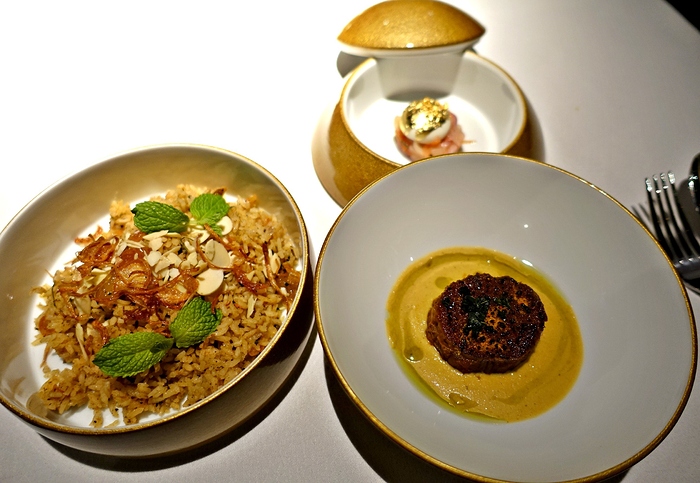 Overall, a very satisfying meal, prepared by an enthusiastic kitchen team, led by a creative executive chef. A lot of potential in this place.

Fantastic. I don’t think I’ve seen such refined prep and plating at an Indian place

Wow, very fancy spot looks terrific. @klyeoh have you been to Gaggan?

Sgee, I’d not been to Gaggan yet, actually, despite wanting to for so long. The reason being that, whenever I am in Bangkok, my time is usually all taken up catching up with old friends and relatives. And Thais themselves seem to have a (strange) aversion to Indian cuisine, so I can never convince any Thai acquaintance to dine at Gaggan with me.

Looks like I may have to make the time to dine there alone one of these days. Anyway, am back in Bangkok again tomorrow, so let’s see.

Adding Nadodi to list of places to check out during my upcoming trip.

Hope you make it to Gaggan, will be interesting to hear how the two compare.

I’m currently in Bangkok and actually tried to reserve a table at Gaggan for next weekend, i.e. one week ahead. I got an email from them that the next available slot is on 20 May, whence I’ll already be in Japan. I don’t think I’ll be going to Gaggan anytime soon.

It becomes crazy trying to get a table at some places. We are currently on the waiting list for a recently awarded Michelin 1* star place. It is for anytime in December!

They are booked solid until the end of the year. I suspect we will nto get a call or, if we do, it’ll be last minute and we’ll be unable to drop everything and go (it’ll involve an overnight stay).

That’s a shame, given their lofty ranking 5/20 isn’t too bad. Japan sounds fun…