Capital Nasi Dagang Kelantan was a dining icon of sorts in its hometown, Kota Bharu in the north-eastern Malaysian state of Kelantan. Madam Foo, a one-woman tour de force ran a phenomenally popular nasi dagang stall at Capital kopitiam on Jalan Pos Office Lama in downtown Kota Bharu. She actually started her business only in 1999, but the sheer success of her business enabled her to send her son and daughter to the UK for their college studies. Her children had since returned to Malaysia, but had also decided to settle down in Kuala Lumpur, instead of returning to small town Kota Bharu, 440 km away.

Madam Foo’s daughter, Winnie Foo, decided that she’d bring her hometown’s food to Kuala Lumpur, and opened Capital Nasi Dagang Kelantan in the busy KL suburb of Damansara Uptown in June 2013. To ensure authenticity, she got her parents to come down to KL then to help in setting up the restaurant. The old couple came, and never went back to Kota Bharu again! So, Kota Bharu’s loss was Kuala Lumpur’s gain.

And to satisfy KL’s big city folks with their more demanding appetites, the Foos introduced an all-in-one platter where the nasi dagang came with a complete selection of their various curried sides: 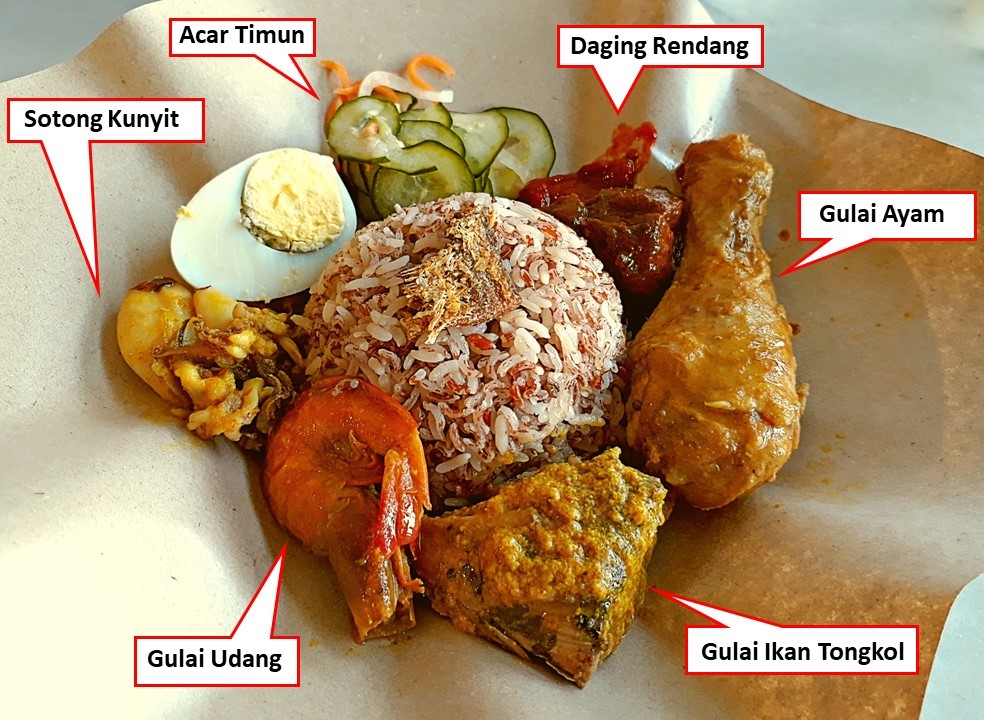 Nasi dagang is a mix of 4 parts semi-polished rice and 1 part glutinous rice, steamed with coconut milk, ginger, shallots and fenugreek seeds. It’s amazingly delicious. In Kelantan, one would choose either a fish or chicken curry to go with the rice. Over here in KL, the all-in-one-platter had a mound of nasi dagang topped with a crisp-fried salted dish (ikan masin), and surrounded by a curried tuna (gulai ikan tongkol), a beef rendang (more liquidy version, not the drier version with thicker gravy), a curried chicken (gulai ayam), a sweet curried prawn (gulai udang), baby squid cooked with fresh turmeric (sotong kunyit), sweet cucumber pickles (acar timun). The version here is one of the tastiest I’d had outside of Kelantan, and definitely up there among the best in KL. 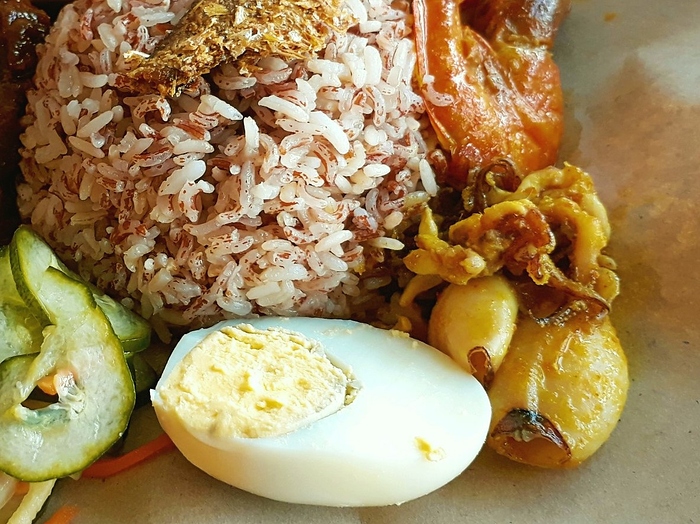 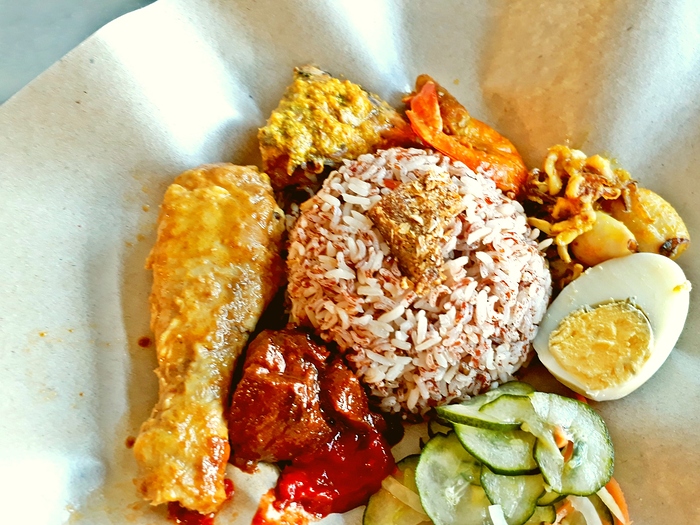 Besides their signature nasi dagang, the Foos also offered Kelantanese laksa - my favourite kind of laksa, though, which I preferred over the other regional variations of laksa which abound in Malaysia: Penang laksa with its sour-ish fish gravy, KL’s explosive chili-heavy curry laksa, Malacca’s milky-rich Nyonya laksa, Sarawak laksa with its heady spice fragrance, or the Johore laksa which uses spaghetti in lieu of the thick laksa rice noodles. 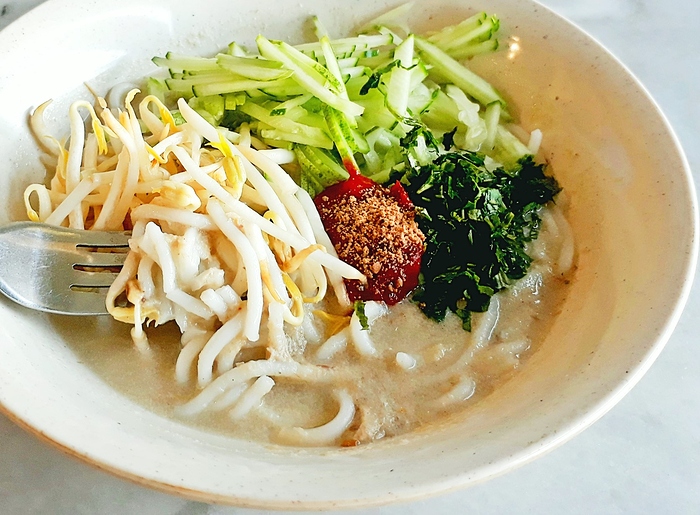 There is also a variant, called Laksam, where the noodles were broad, thick rice noodle rolls, with the same gravy and accompaniments as for the laksa. 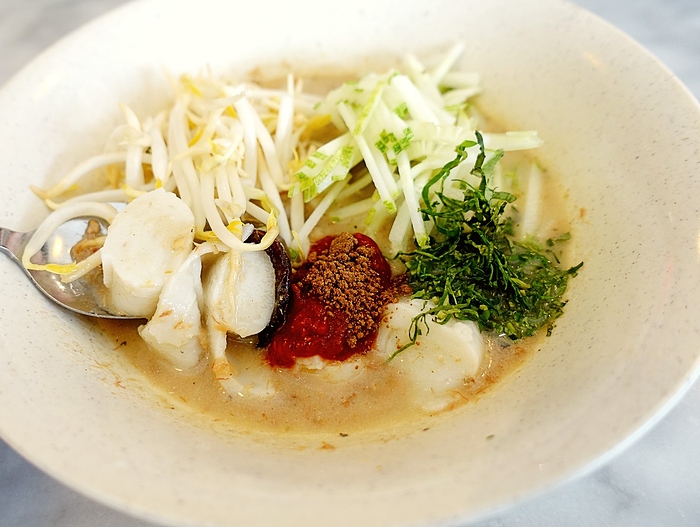 Madam Foo still serves at the counter herself these days. Most of her clientele are the Kelantanese-Chinese diaspora working in KL, and who yearned for the authentic flavours of their home state. 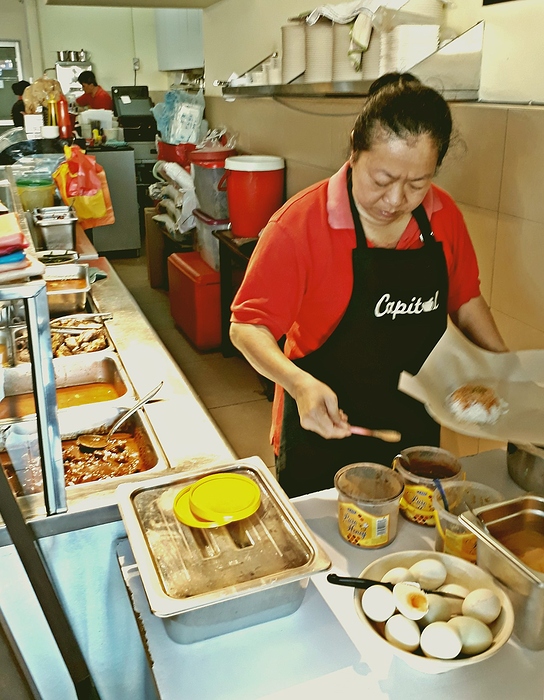 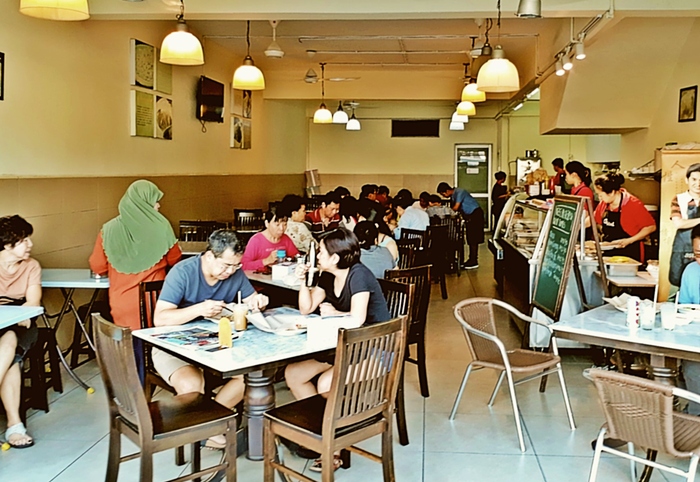 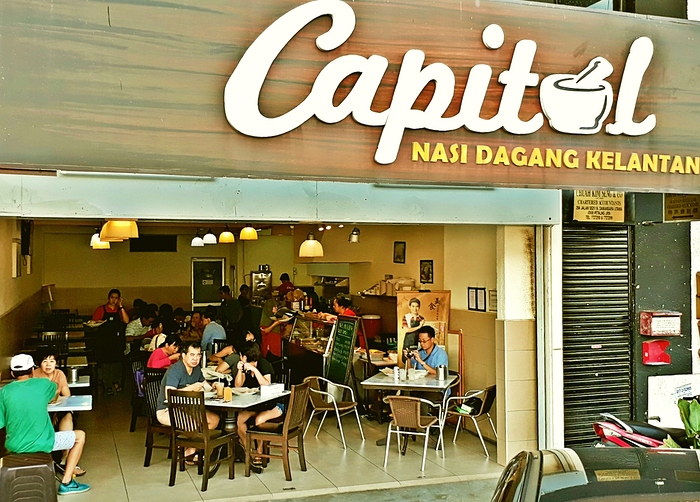 [MALAYSIA IS CURRENTLY UNDER THE COVID-19 LOCKDOWN until May 13, so no dining-in at the moment]

Thanks, Jim. Actually, I left out something in the backstory - back when Madam Foo was ruling the roost in Kelantan’s food scene during my visit to Kota Bharu many years ago, she was the Kota Bharu version of Seinfeld’s Soup Nazi.

Yup, the old bird was very popular and a queue would form each morning in front of her stall at the wonky, old Capital Café. This was about 10 years ago - I’d gone there at 9.15am, just in time to avoid the massive office crowd (nasi dagang is most popular as a breakfast food) but not too late that her more popular items might sell out.

In the Malaysian/Singaporean-style traditional café/kopitiam arrangement, the owner of the café only provides the beverages, as well as the overall running of the premises, but leases out stalls to food purveyors. In the case of Capital Café, although she was the tenant, Madam Foo’s nasi dagang stall became synonymous with the café itself. 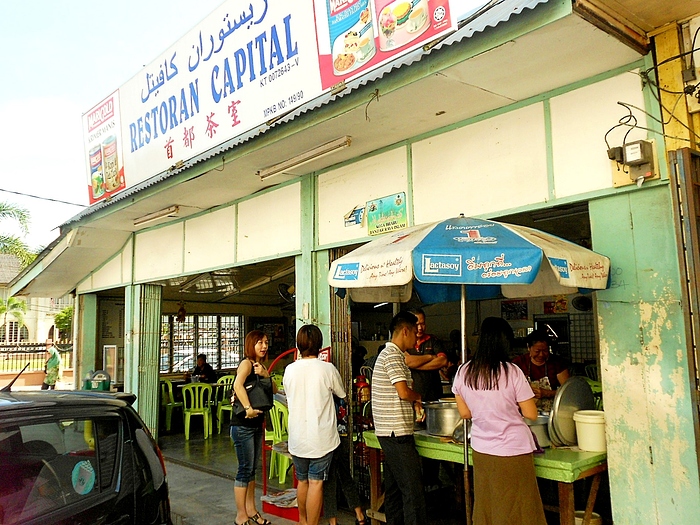 Madam Foo was famously temperamental and, rub her the wrong way, you get a tongue-lashing. No small talk, just place your order and step aside. 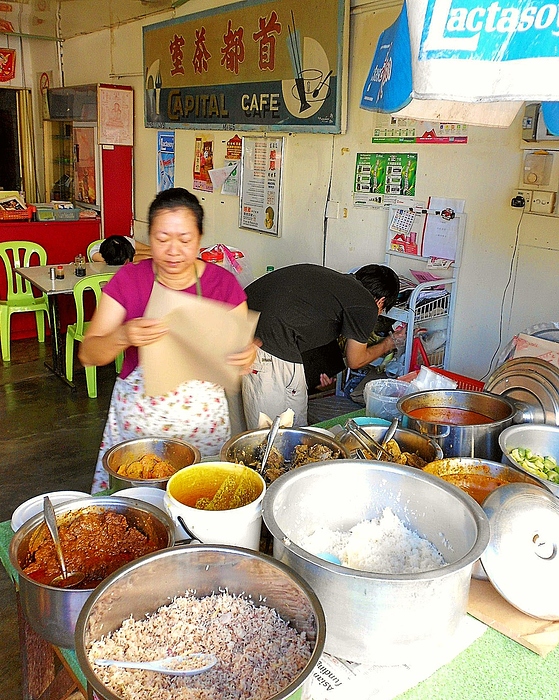 But her food, oh, her food - her nasi dagang was absobloodylutely divine! No plating here - your rice-and-sidedish order are wrapped up in greaseproof paper whether you’re taking out, or if you’re eating it right there at the café. 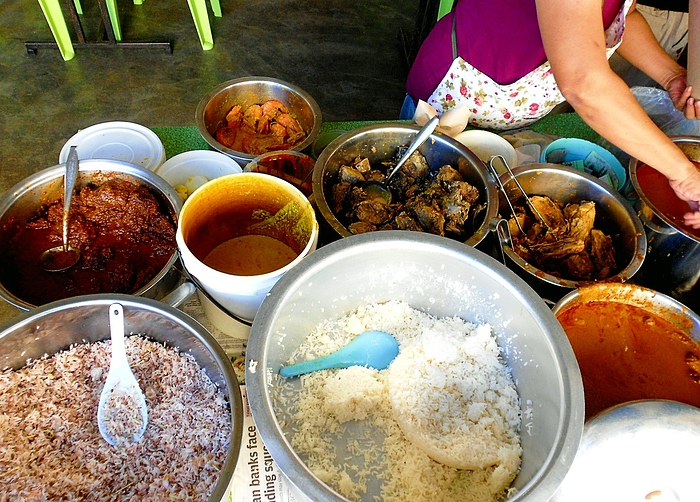 When she moved to Kuala Lumpur to help with her daughter’s new business venture, the café-owners of the old Capital Café in Kota Bharu actually kept her spot vacant for nearly two years, in the hope that she’d somehow tire of big city life and move back one day, which we now know she never did.