KL’s legendary 99-year-old Coliseum Cafe has decided to call it a day - closing just a few months short of its centenary.

The formerly Hainanese-owned restaurant used to serve Old-World Hainanese-Western dishes like oxtail soup, sizzling steaks, Hainanese chicken chops, fish-n-chips, plus local Hainanese dishes like Egg Foo Yong & Inche Kabin (a Penang-Nyonya fried chicken dish), among others. It is one of the latest victims of the COVID lockdown, which has seen numerous eateries fold.

Coliseum Cafe was built as part of the Coliseum theatre building by Chua Cheng Bok, a prominent Malaccan-born tycoon. After the patriarch’s death in 1940, the theatre & cafe buildings were maintained by the Chua family trust until 1973, when Dr Chua Boon Teck (Chua Cheng Bok’s nephew) and his Penang-Nyonya wife, Mdm Khor Joo Saik, took over. Since 2006, their eldest son, Dr Chua Seong Siew, had been looking after the premises. The Chua family divested their interest in Coliseum Cafe in 2011.

The new owners, Cheah Tat Pang and Low Ching Hoe, had originally wanted to expand the Coliseum into an international chain. They now have 3 other newer branches of Coliseum Cafe, all located in malls.

Photos from my last meal at the original Coliseum Cafe in 2012: 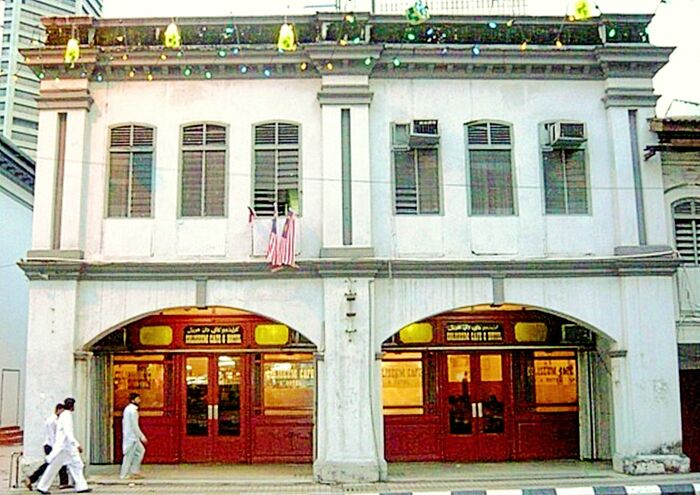 The restaurant had an atmospheric bar which looked like it came straight out of a Somerset Maugham novel. In fact, this was Somerset Maugham’s favourite place to dine at when he was in Kuala Lumpur. The bar had been serving out gin, whisky, and “stengah” - a half-whisky-half-soda water drink popular with the old planters in British-Malaya - since its opening in 1921. 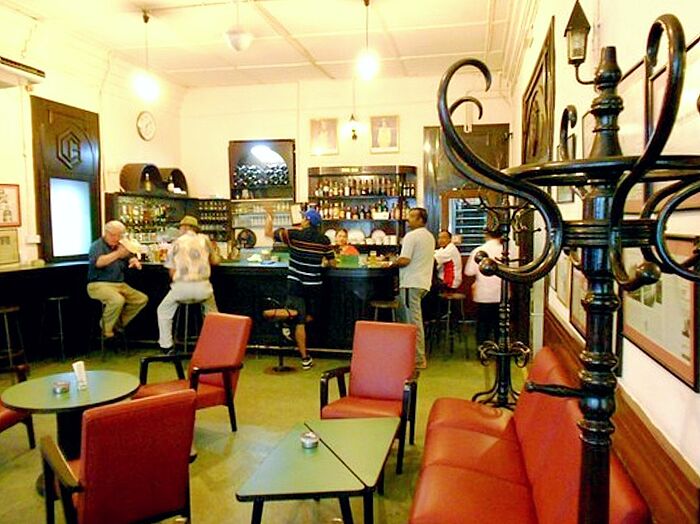 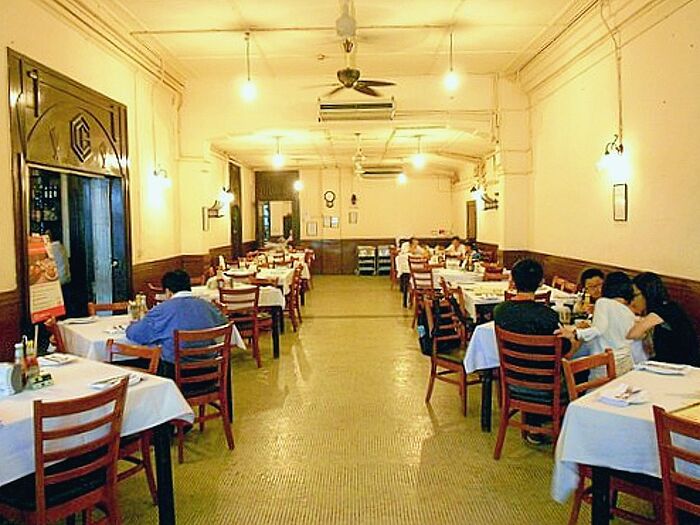 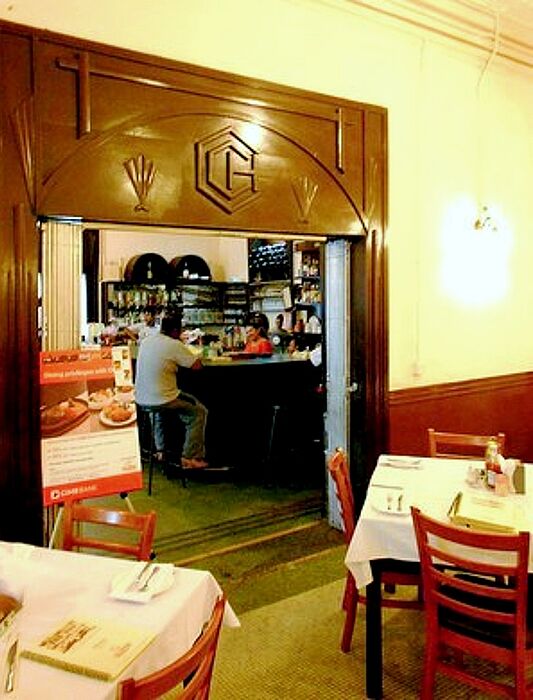 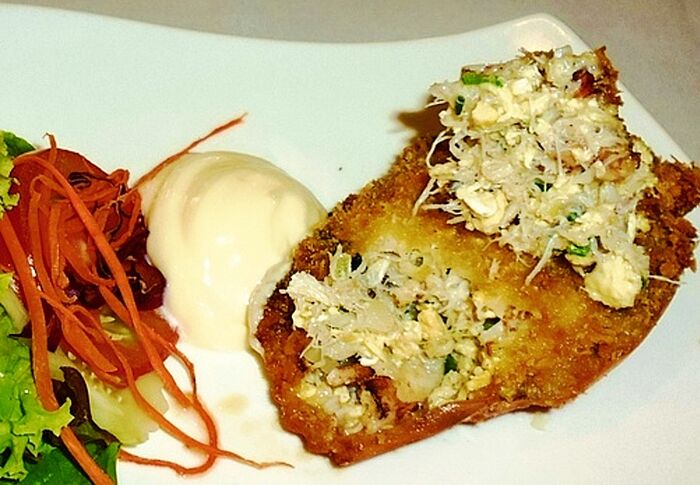 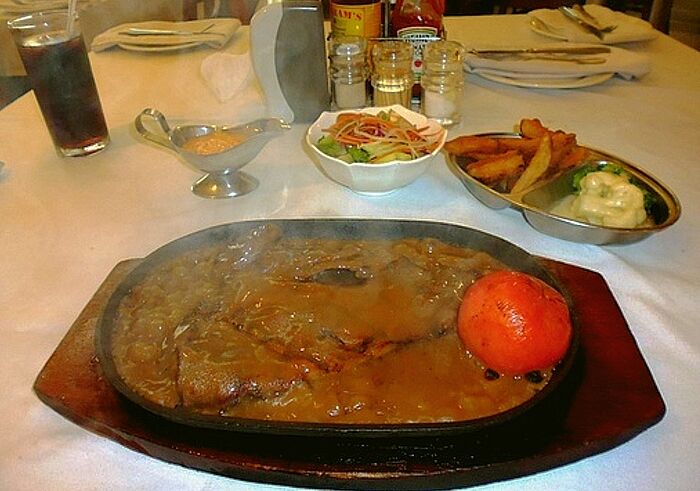 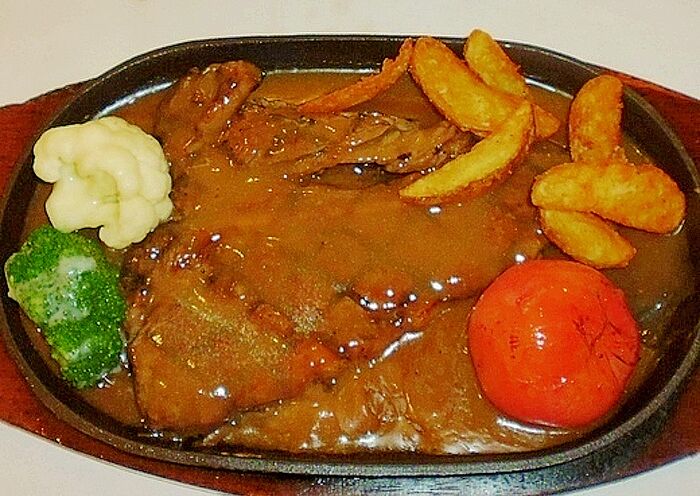 Malaysia’s legendary cartoonist, Lat, immortalized Coliseum’s sizzling steaks in one of his cartoons. 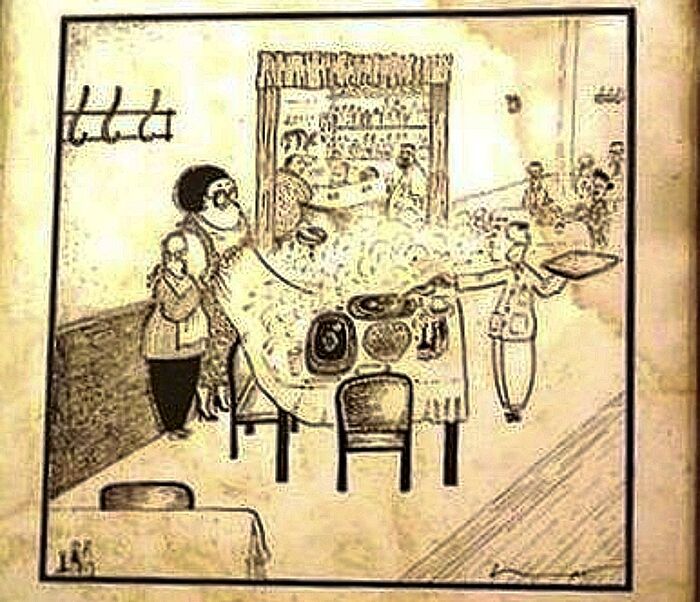 Its location on Jalan Tuanku Abdul Rahman (formerly Batu Road) had undergone a reverse gentrification of sorts in the past four decades - from a popular commercial & entertainment district to a decaying inner-city ghetto, populated mainly by migrant workers, with homeless people and drug junkies roaming its streets after dark. That had discouraged many of Coliseum’s long-time customers from dining there in the evenings.

The COVID pandemic, which necessitated lockdowns and made dining-in impossible, spelt the end for KL’s most famous dining icon, a few months short of its centenary celebrations. The city will be a poorer place without it.

Maybe it was just a matter that its time had come. As you say, a tired looking dining room and, to be frank, food that doesnt look that appetising.

As you say, a tired looking dining room and, to be frank, food that doesnt look that appetising.

Yup, its business had been sliding for years. The COVID lockdown was the final nail in the coffin.

I still remembered the first wave of the bubble tea craze in Singapore back in 2000. Shops popped up all over the city. Many first-time entrepreneurs took bank loans to open their own bubble tea shops - and many went bust the moment the bubble burst. The craze fizzled out almost as fast as it had appeared.

That’s spot-on. Without Covid, they might have suckered in more tourists for a few more years. I’m not sure they earned that.

But if Peter didn’t go back to the tired dining room in a decaying inner-city ghetto for 9 years, then it wasn’t Covid that killed them. Besides, they still have 3 branches elsewhere.

The restaurant scene here in Chiang Mai is that Covid, with no tourists and fewer expats, has forced the closure of many quality restaurants at the higher end of the price range. Cheap places that depend on locals and are most likely in a family owned building are managing to survive. Quality isn’t the determining factor.