Singapore-based Belgian superchef, Emmanuel Stroobant’s Saint Pierre has opened an outpost in Kuala Lumpur on Sep 11. Banking on fine dining fans in Kuala Lumpur who are starved of good dining options, Stroobant’s sumptious one-month-old KL restaurant is more than twice the size of its current 1-Michelin-starred flagship back in Singapore.

My first taste of Stroobant’s cooking was way back in 2000, when the Belgian first hit the scene after a stint in Kuala Lumpur (where he met his Malaysian wife, Edina). At the time, an office colleague excitedly told us about this new spot at Central Mall where the chef dabbled with “Franco-Japanese” cuisine. It was good - Stroobant’s technique was one of the most refreshingly inventive and exciting we’d seen in Singapore in quite a while then. But it wasn’t easy to maintain a fine dining restaurant in the 2000 decade in Singapore, when the trend was more towards casual dining. In the intervening years, Stroobant branched out to open a couple of casual cafes and even a retail store in Great World City. Consequently, Saint Pierre also moved out of Central Mall to Sentosa Island. However, it has made a comeback onto mainland Singapore in 2016 when it moved into One Fullerton, facing the iconic Marina Bay Sands. It currently holds 1-Michelin-star in the 2018 Singapore Red Guide.

Our lunch (the menu did not have detailed descriptions on the what we had) - the bread basket set the tone for the rest of the lunch: high quality bakes, accompanied by Bordier butter: 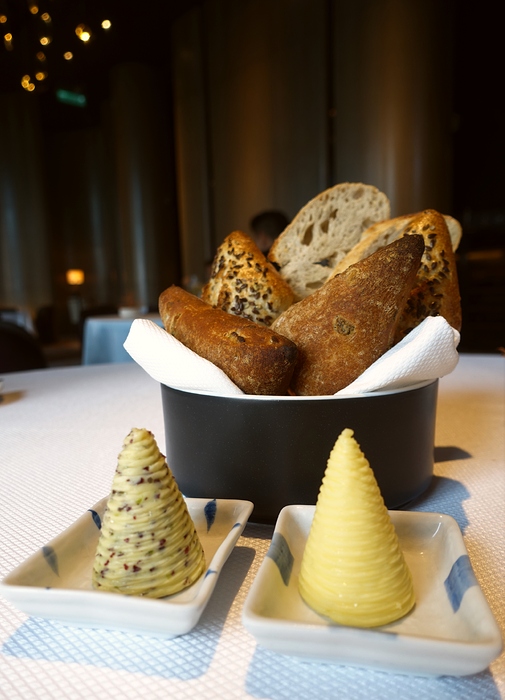 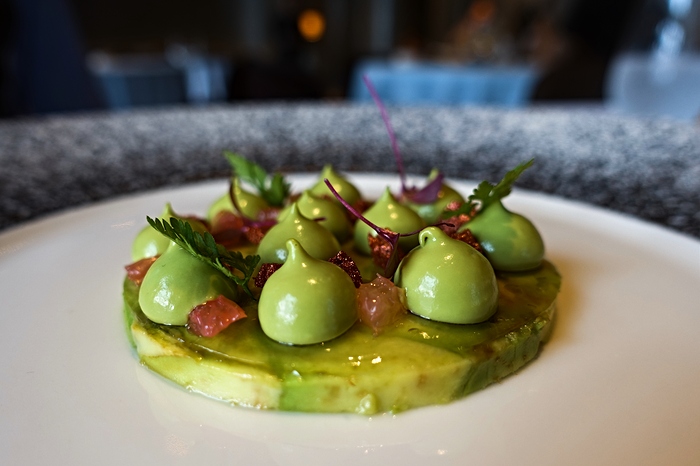 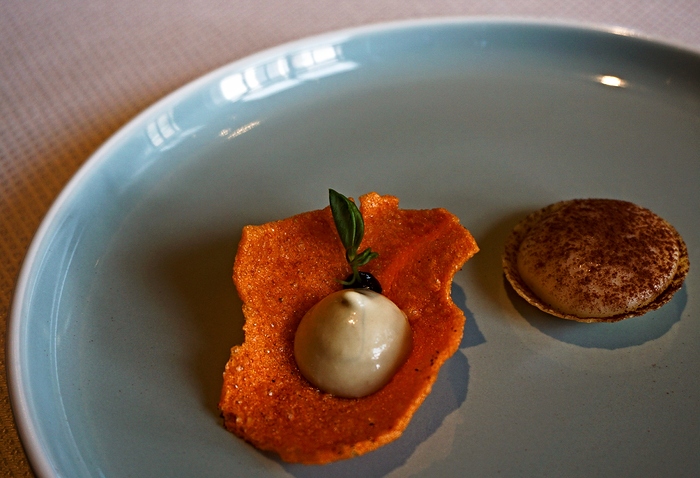 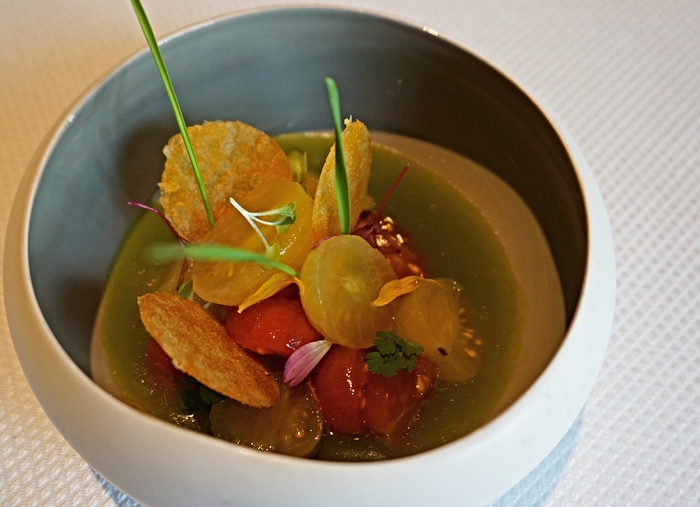 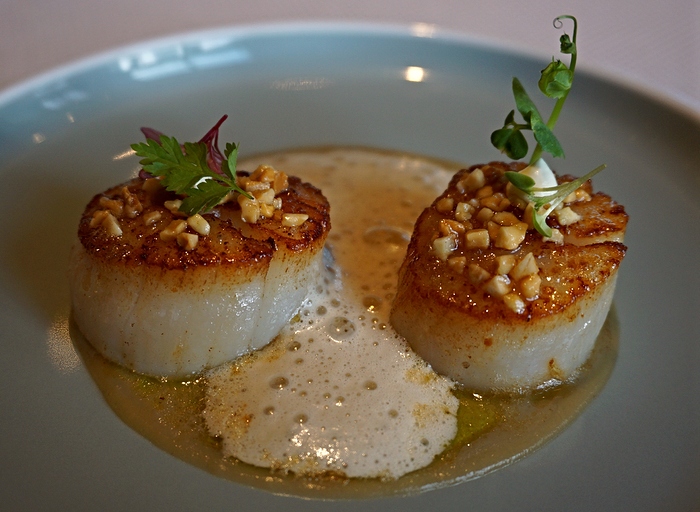 Atlantic cod, miso, oxtail, roots
This is one of Saint Pierre’s signature dishes - perfectly seared Atlantic cod, with a warm miso broth poured over it on the table. 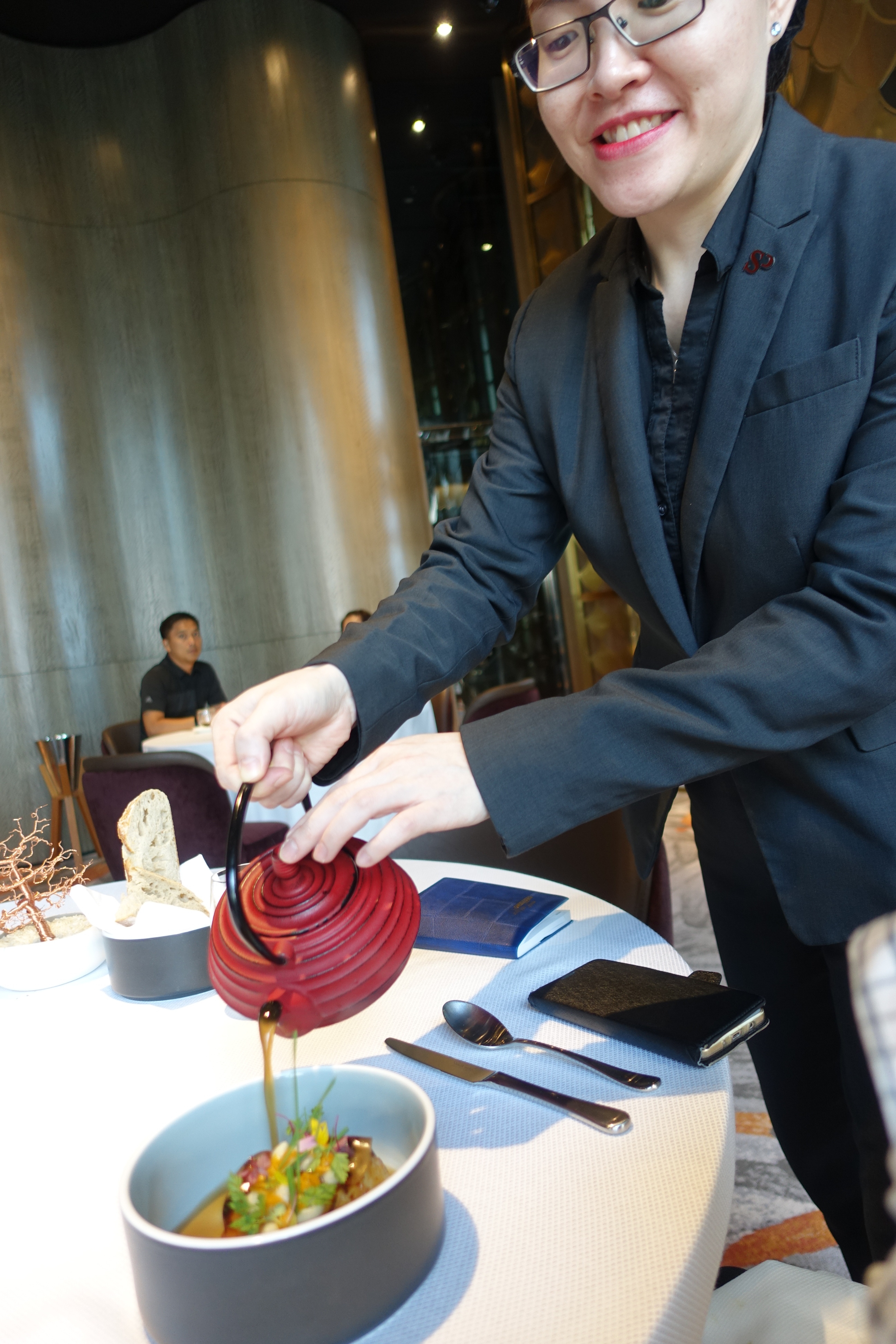 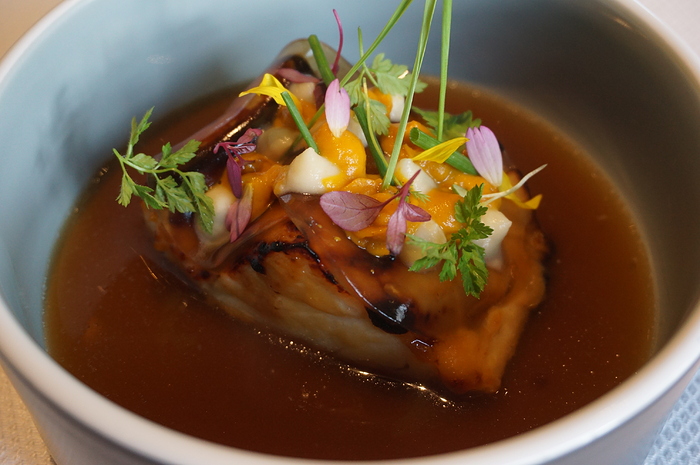 Wagyu beef, nori, horseradish, yellow chanterelles
Wagyu is always a pleasure to have, and Saint Pierre does it beautifully as well - perfectly-seared and served alongside a pair of delicate chanterelle mushroom tartlets. 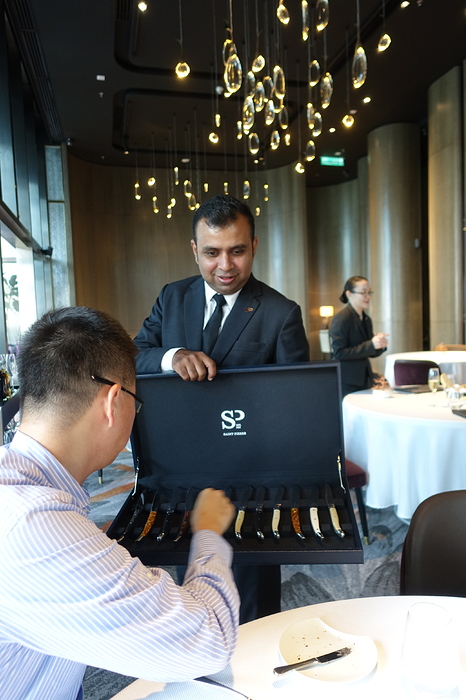 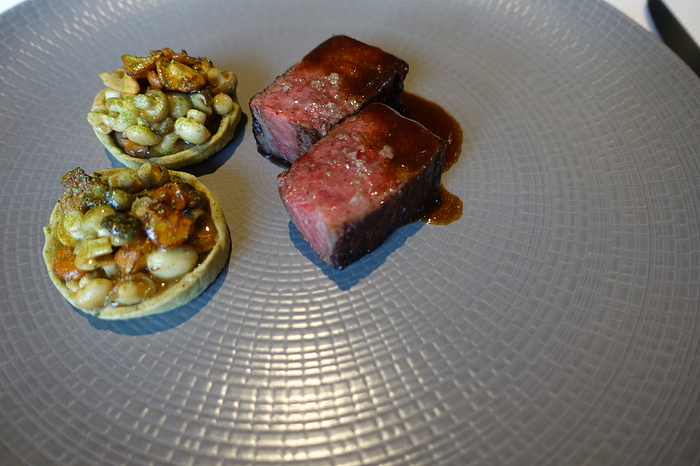 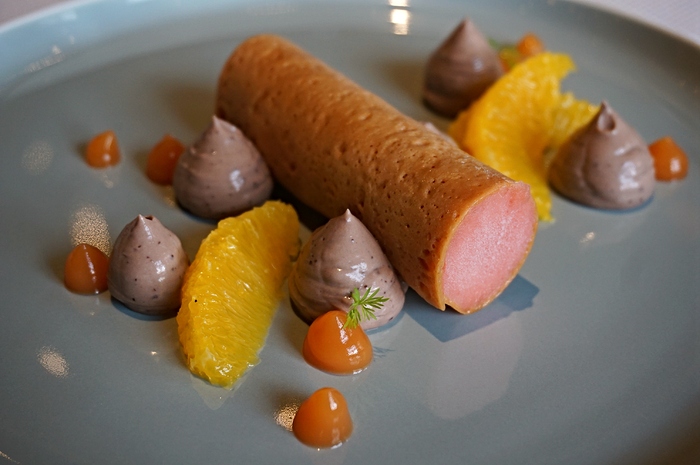 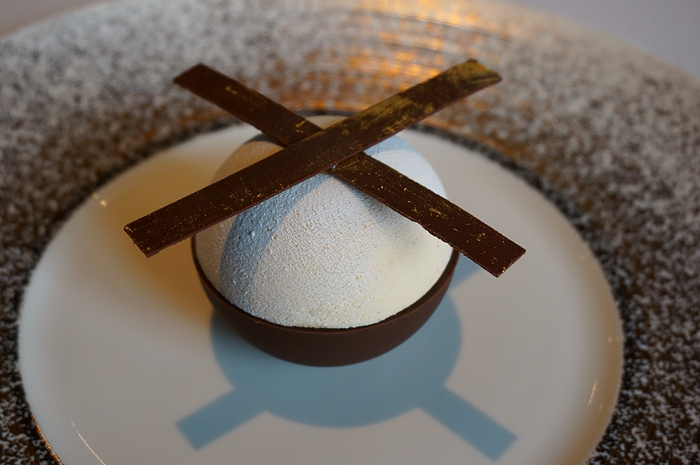 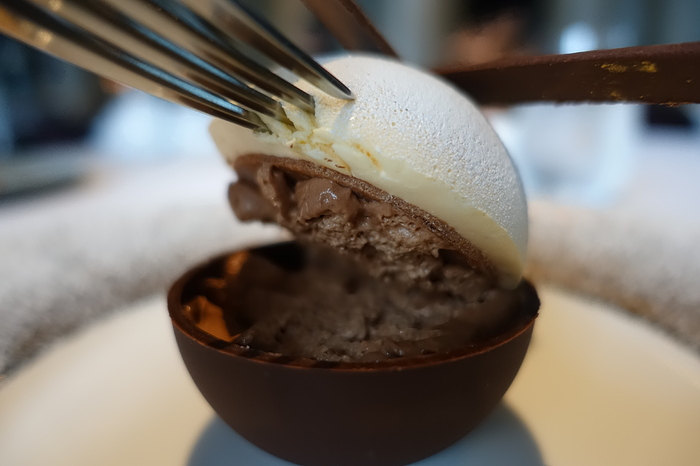 Petit fours
An elaborate petit fours wagon was wheeled out towards the end of the lunch service - by now, we’re really too full but curiousity got the better of us. The dainty little entremets and macarons were all very good, and a class above those we’d had in other KL establishments. 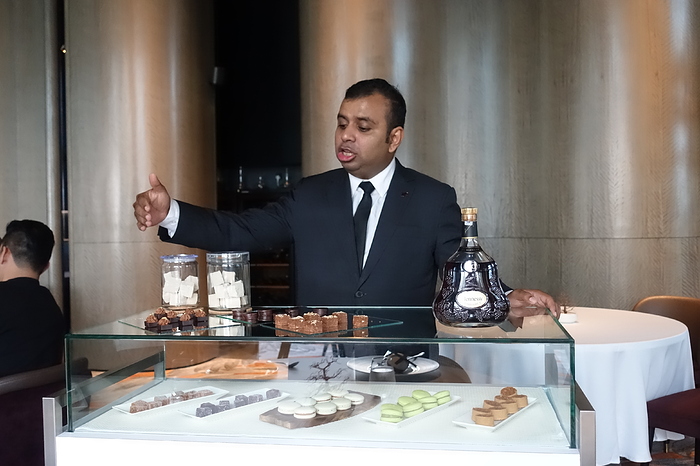 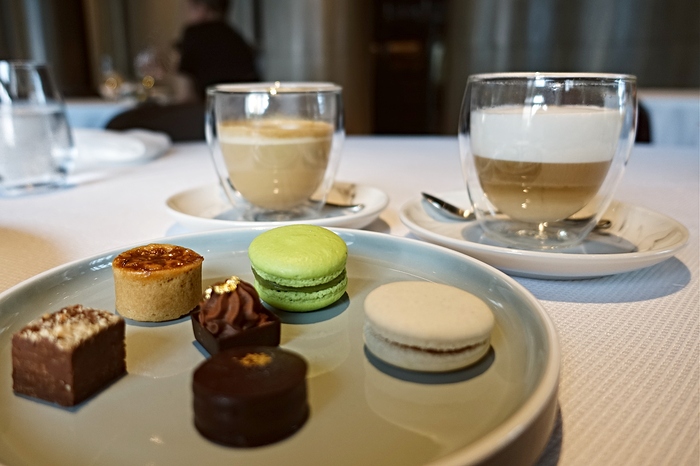 Saint Pierre’s Kuala Lumpur incarnation has set an astonishingly high standard for fine dining in Kuala Lumpur. At times, I had to remind myself that I’m now in KL, not in Singapore or Hong Kong - other regional cities where such finesse and attention to details are more likely to be found.