Chinese food in Malaysia is never the same as Chinese food in China, as it assimilates local Malay, Indian, and other influences. Inevitable, as the Chinese have settled in this part of the world for over 500 years. Chinese-Malaysian food will inevitably incorporate chilis, local herbs and vegetables like stink-beans (Malay: petai), condiments like fermented shrimp paste (Malay: belacan) and Indian spices. But at the heart of its cooking, the various Chinese regional cuisines - Hokkien/Fujianese, Cantonese, Hakka, Hainanese, Teochew/Chaozhou - stay rooted to their Chinese origins, never straying too far.

But in the case of Restaurant Kitchen Damansara Kim, it sometimes went beyond the boundaries of what constitute “Chinese” cooking. Case in point was the first dish:

Restaurant Kitchen is related to Super Tanker, a local dining icon headed by Hakka-Cantonese chef, Chin Jin Fah, known to his many fans as “Ah Wah Kor” or Big Brother Wah, who’s been ruling the roost here in Damansara Kim/Damansara Glo here since 2004. 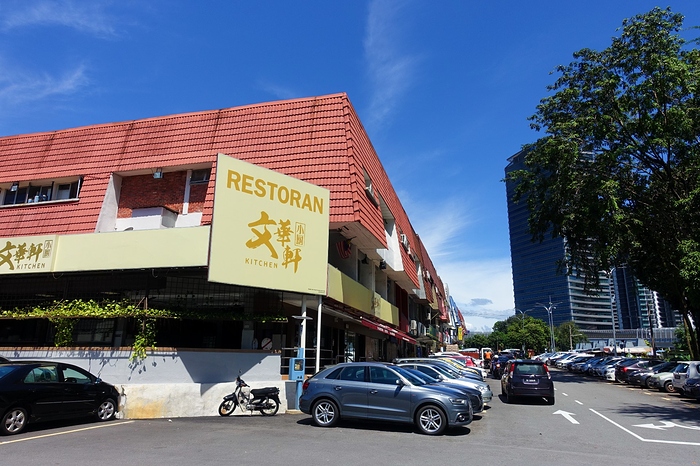 Looks delicious the food, would like to try the trotter and the meatball.

Is Selangor far from Kuala Lumpur? Any public transport?

Is Selangor far from Kuala Lumpur? Any public transport?

Kuala Lumpur is actually carved out of the state of Selangor, much like DC out of Maryland/Virginia, so you are virtually within the same “area”. If you live in downtown KL, and take a Grab (local version of Uber) for a 15-20 minutes’ ride to the restaurant, you pay around RM15/US$3.60 - extremely affordable. Mind you, KL traffic at peak hours (6pm to 8pm) can be a real pain and the cost of the ride may go up significantly.

If you want to take the subway, get on the MRT line towards Sungei Buloh and stop at TTDI station, only 7 minutes’ walk to the restaurant.

Thanks. Our visit to KL was very brief back in 2016. Singapore is on our wish list, we will probably return to MY again, good food. The sad part, there is maybe only one Malaysian restaurant in Paris, not to talk about the Chinese or Indian nuances. Many closed down after a few years of opening. Right now, there is a Malaysian chef teaming with her husband in their 1 star restaurant, but she is cooking French.

The sad part, there is maybe only one Malaysian restaurant in Paris, not to talk about the Chinese or Indian nuances. Many closed down after a few years of opening.

For the best Malaysian food in Europe, one simply needs to travel to London. Malaysia has historic links with the British, so there is a sizeable community living there, although still tiny compared to the South Asian/Indian, Chinese or even Caribbean communities.