The stretch along Jalan Hang Lekir between Petaling Street and Jalan Sultan in KL’s Chinatown comes alive in the early morning with breakfast spots catering to the city’s dwindling Chinese populace who live in the Chinatown district (most of KL’s Chinese residents have moved to suburbs like Puchong, Sri Petaling, Cheras, etc.) 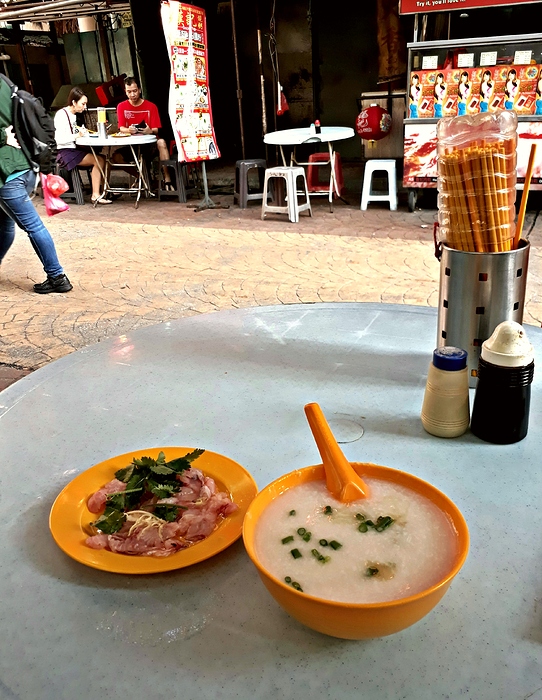 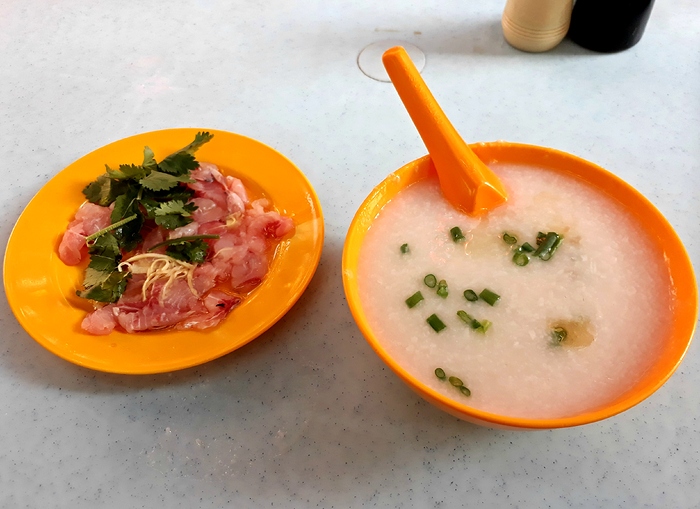 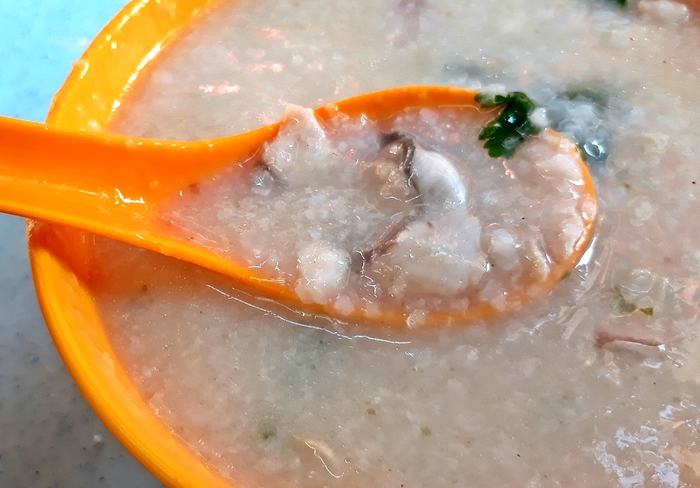 But my fave item offered by Hon Kee is actually the traditional, old-fashioned “chee cheong fun” rice noodles, where a pale red-coloured fermented bean sauce is used, instead of the brown-coloured fermented sauce more commonly found in KL nowadays. The “chee cheong fun” noodles here are silky-smooth and oh-so-soft, served topped with the beansauce, a gentle sprinkle of peanut oil, and toasted sesame seeds. Simple but utterly delicious. I really miss this as the versions outside KL - in Singapore, Ipoh or Penang, with their more robust, assertive sauces, just don’t cut it for me. 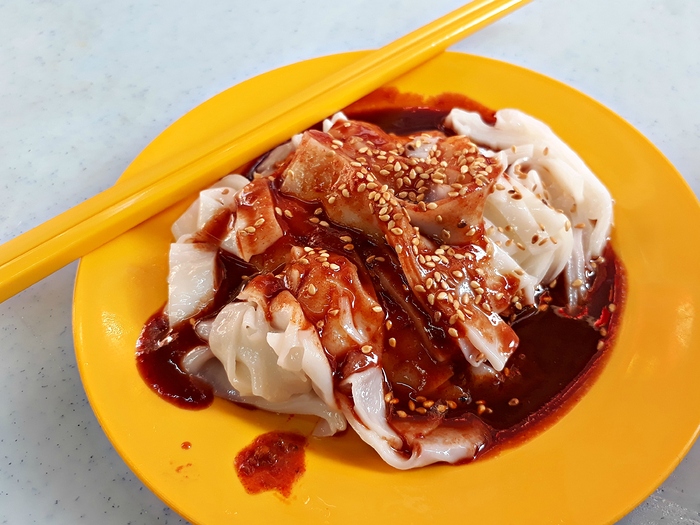 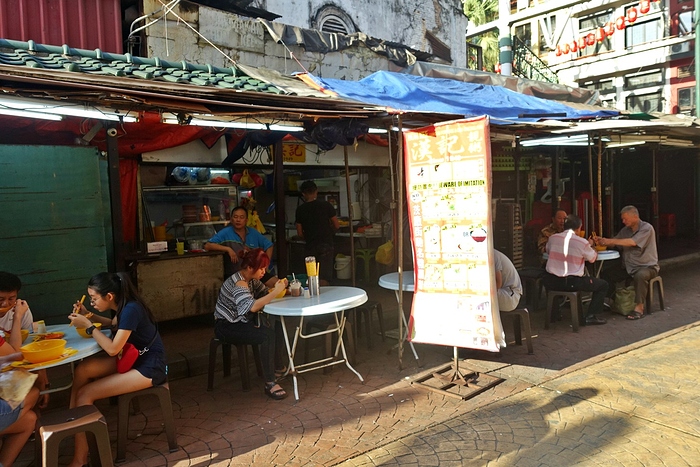 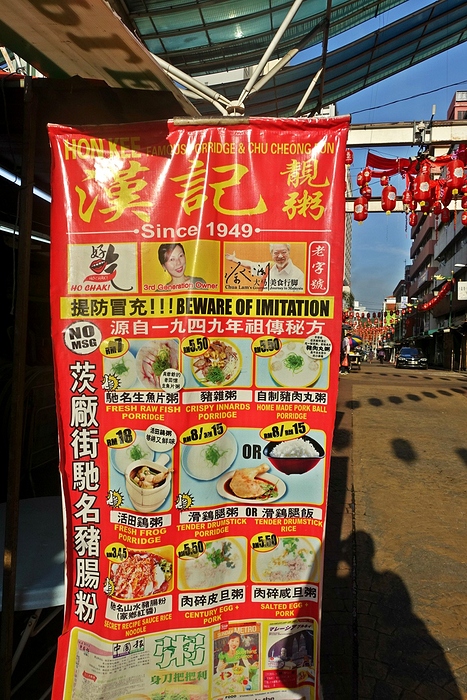 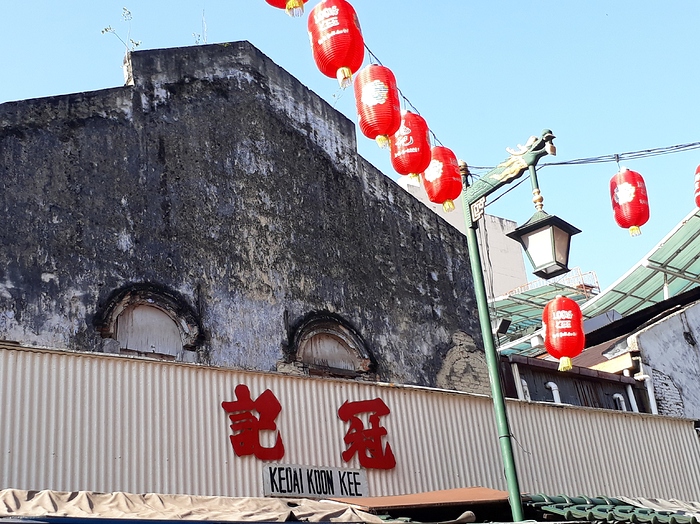 Koon Kee produces one of the springiest wantan noodles in KL, although the taste of their dishes seemed to have deteriorated somewhat ever since Mdm Lee’s passing. 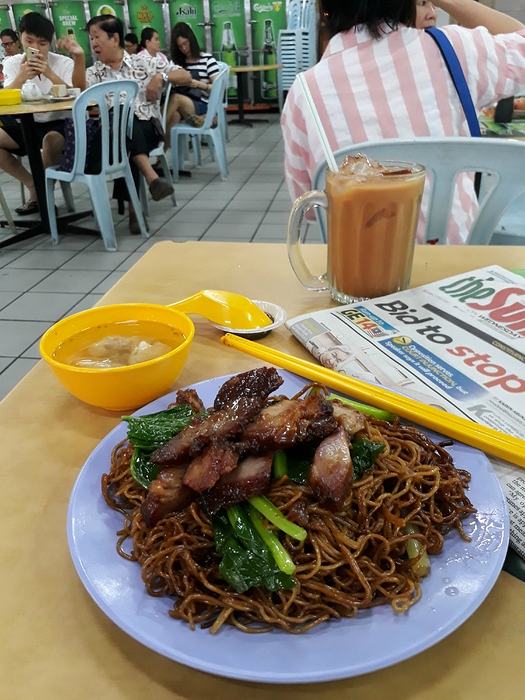 Interesting to note that in Malaysia and Singapore (and also in Thailand and Indonesia), the local Chinese still serve “wantan” noodles with “char siew” (Cantonese-style caramelised BBQ pork) besides the “wantan” dumplings, unlike in Hong Kong where the noodles only come with the dumplings. Apparently, HKers also used to serve “char siew” alongside “wantan” noodles and dumplings in the old days, but discontinued the practice post-WW I, perhaps to simplify the dish. 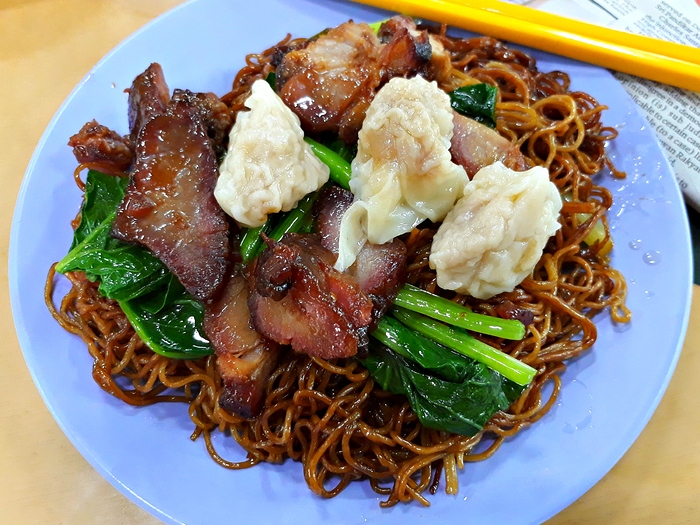 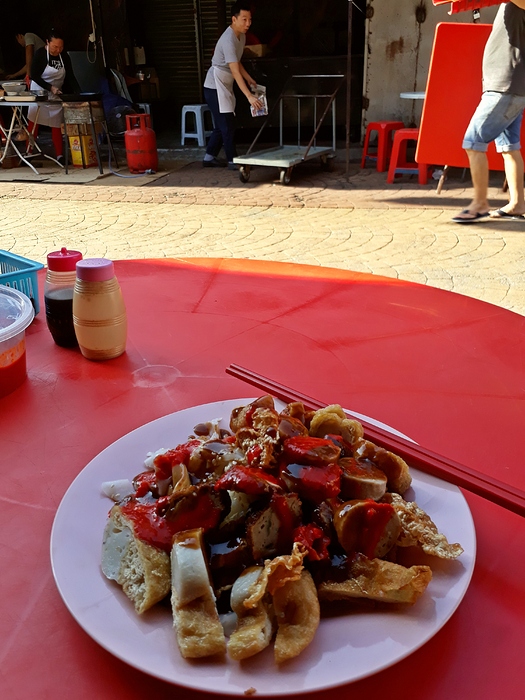 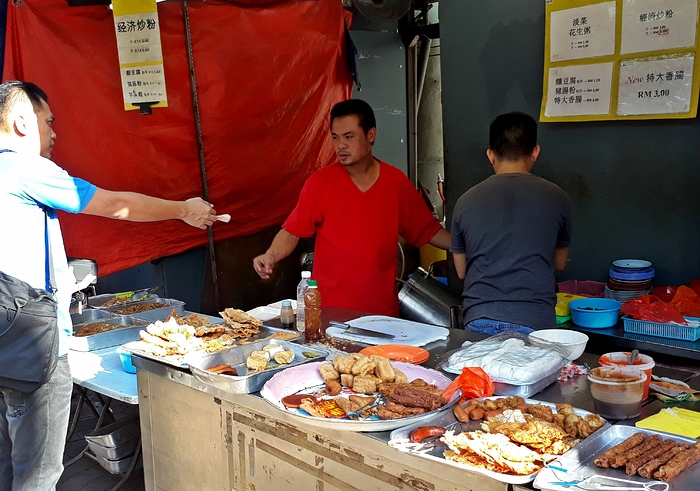 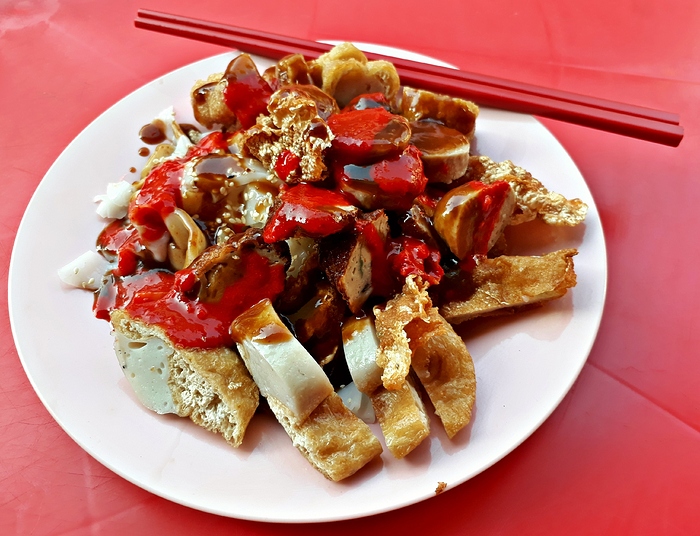 Location of the 3 stalls in KL’s Chinatown below. They tend to start operating pretty early - Hon Kee opens at 4am daily, and closes shop after lunch, 2.30pm. The anonymous chee cheong fun stall operates from around 7am till late-morning, when the retail stalls start opening up.
Koon Kee, which has its own premises, opens from 10am daily but operates into the night: 10pm thereabouts. 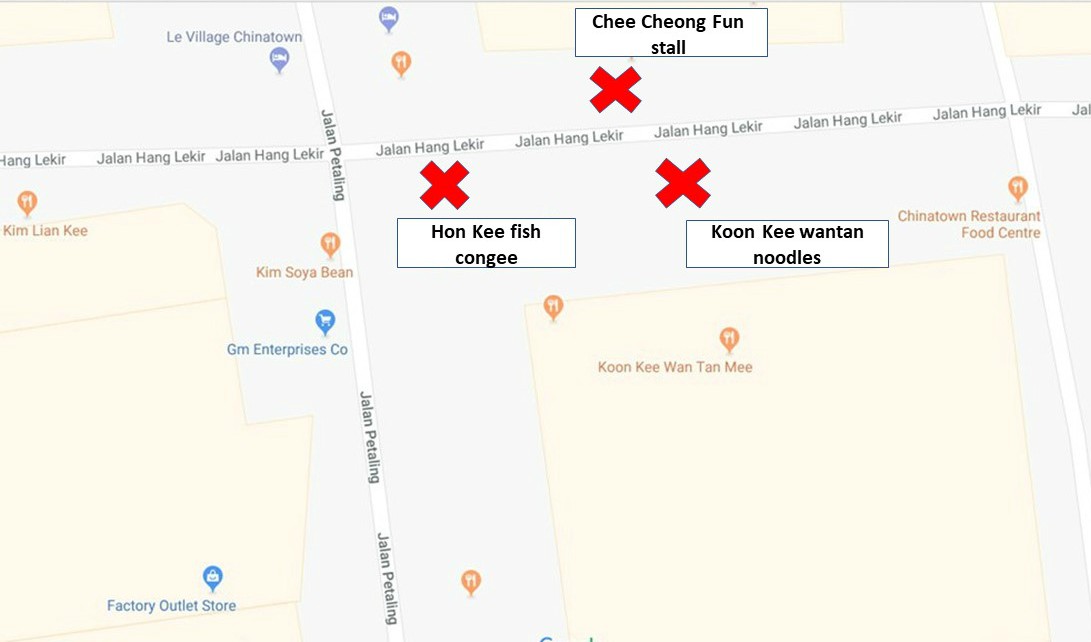