Paramount Garden and adjoining Sea Park are two of the earliest suburbs within Petaling Jaya which are known for their traditonal coffeeshops (or “kopitiam” in local lingo), virtual oases for good hawker foods. Usually the coffeeshop owners are responsible for offering a plethora of local brews and drinks, whilst letting out space within their coffeeshops to hawker stalls, each speciaising in a certain type of local hawker food. Usually, the more popular coffeeshops tend to have more stalls, offering a greater variety food, and is much larger in size as well.

In Malaysia and Singapore, coffeeshops tend to be differentiated from foodcourts in malls, as coffeeshops are non-airconditioned and their stalls usually offer only “local” foods, cooked on the spot, and over open flames.

The most popular coffeeshop among the many dotting Paramount Garden and Sea Park has to be O & S Restaurant (the term “restaurant” is used rather loosely here - local kopitiams can call themselves “restaurants” or “cafes”, besides “coffeeshops”). We were at O & S last weekend for breakfast. 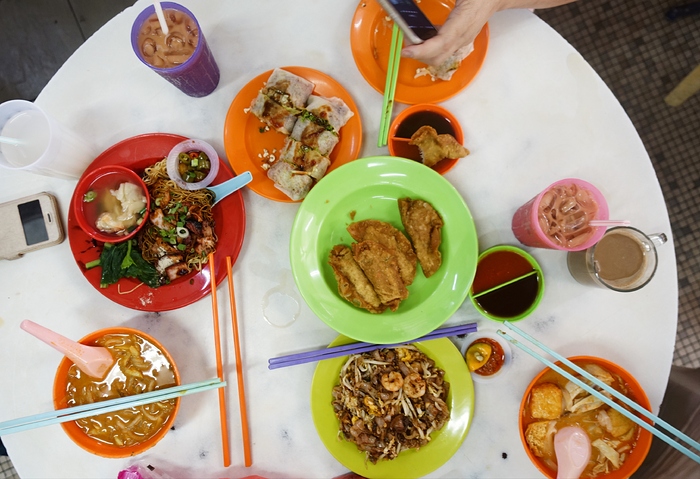 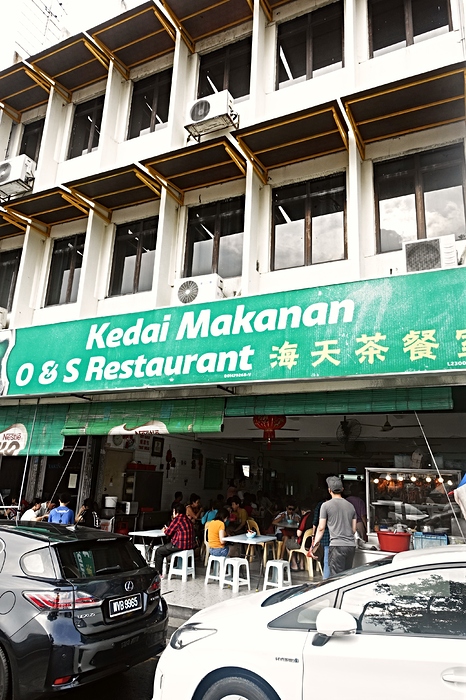 Finding a parking space for your car, and also to produce a table, at O & S can be horrendous during peak meal-times - around 11am to 2pm. 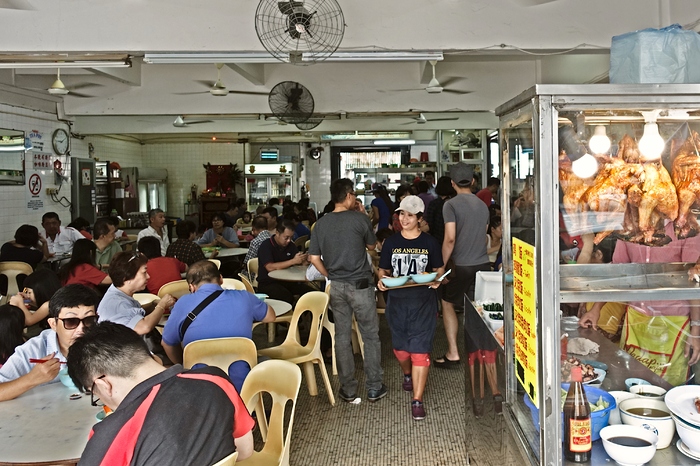 What we had:
#1 KL-style Asam Laksa
It’s a KL take on the asam laksa, more diluted version here and, in a nod to KL -lites’ preferences, tasted milder and less sour. There’s also a turmeric-yellow tinge here that we generally don’t find in native Penang versions. 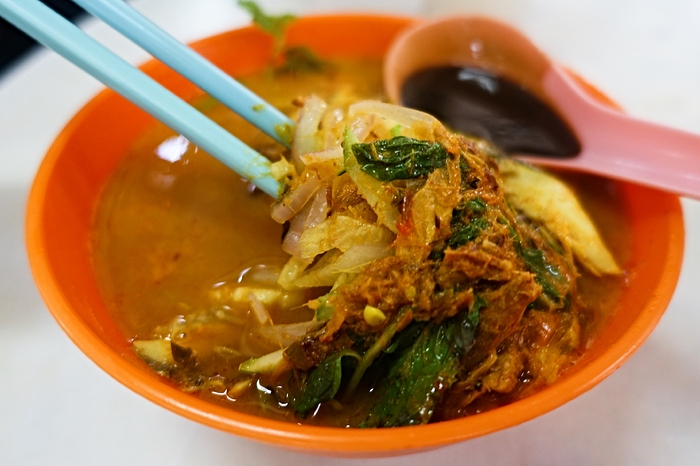 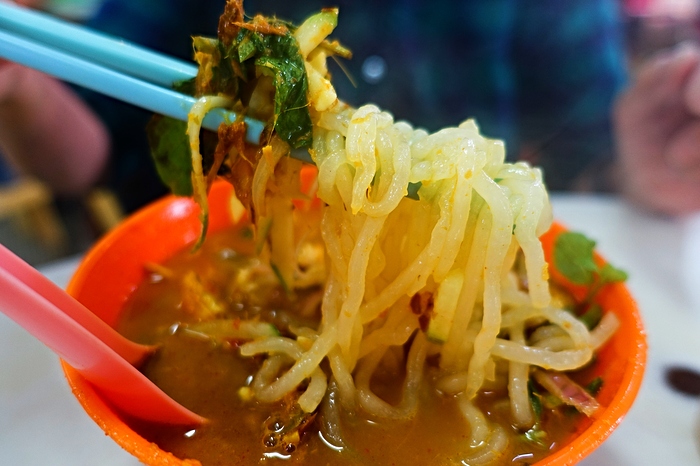 #2 KL-style Curry Laksa
This is very distinctively different from anything one would have encountered in Penang or anywhere else for that matter. It is also different from the heavier, richer KL-style curry mee or curry noodles. The curry laksa here has a light sourish soup enriched with thin coconut milk, garnished with poached chicken and tofu puffs. Doesn’t suit my taste at all as I found it to be neither as light & refreshing as Penang-style asam laksa, nor as savoury as KL’s own curry noodles. 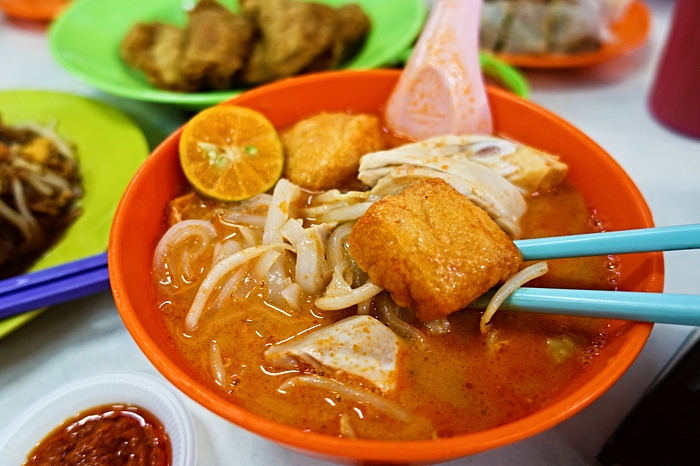 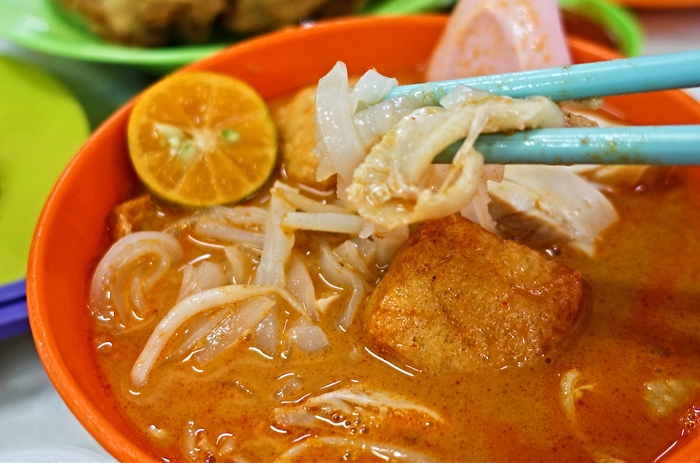 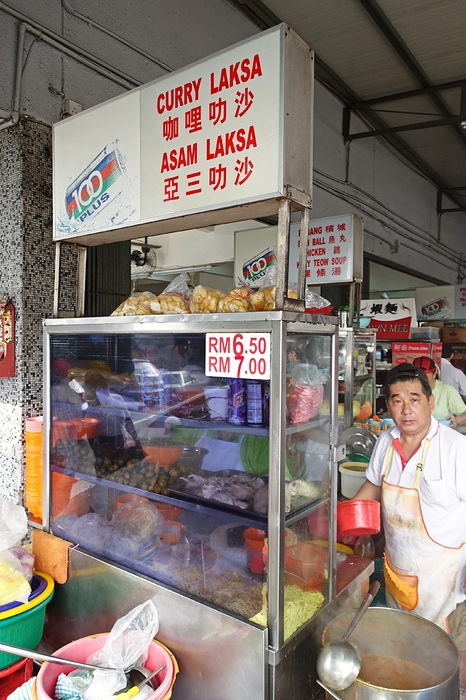 #3 Popiah (jicama-filled spring rolls) This is the typical freshly-rolled popiah, typical throughout Malaysia, and which I rather liked - preferring it to the greasier deep-fried spring rolls. These fresh popiah rolls are topped with chili paste and hoi sin sauce. Their shredded jicama filling has been stewed with pork, garlic, tofu and carrots, then layered with fresh lettuce leaves before being rolled in moist rice flour crepes. 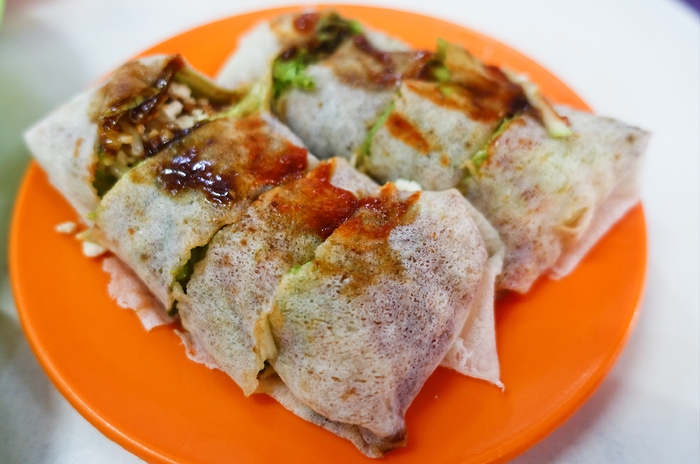 #4 Deep-fried “sui kow” dumplings - these were specially ordered from the yong tau foo stall, and were some of the best I’d ever had in KL. The filling was a mixture of fish and pork forcement, folded in wantan-like wheat flour wrappers before being deep-fried till golden-brown and very crisp. 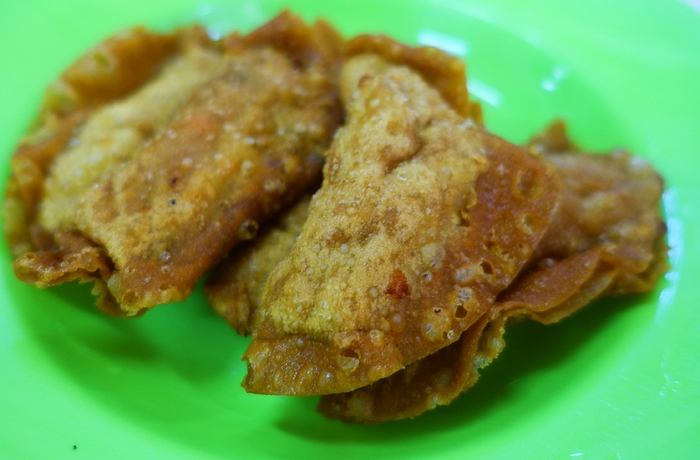 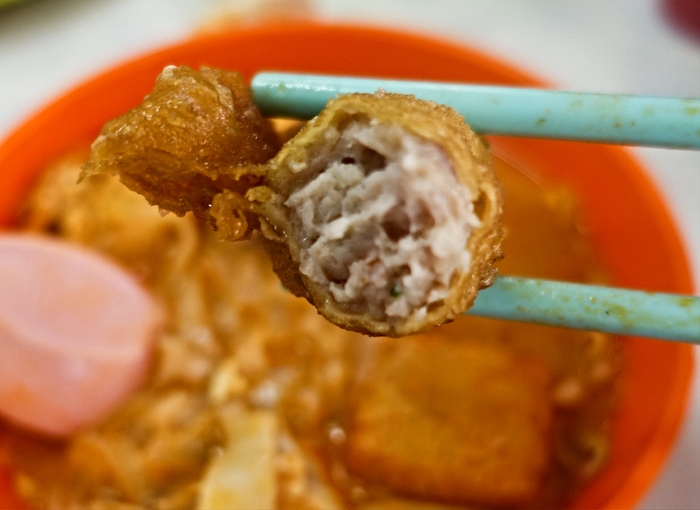 #5 Char Koay Teow The stall here was touted as one of the top 5 places in the Kuala Lumpur-Klang Valley area for having good Penang-style char koay teow. Honestly, the rendition here is more akin to KL-style - larger portions, less salty, with no garlicky Penang flavours. Chinese sausages and chives are omitted, the noodles are not seared till charred, and less chili paste were used. 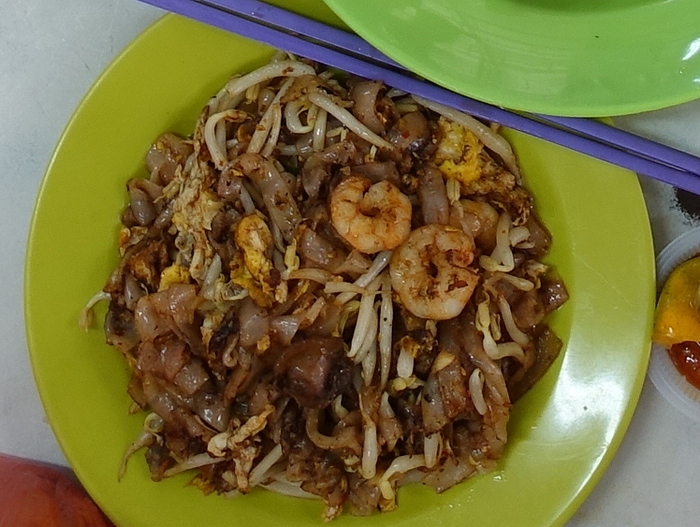 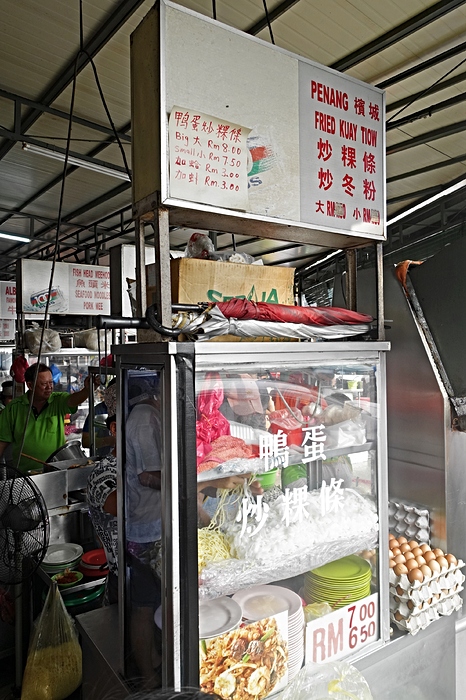 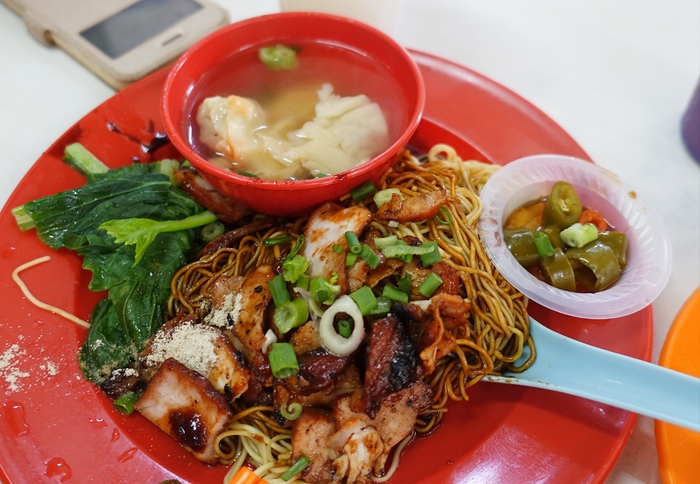 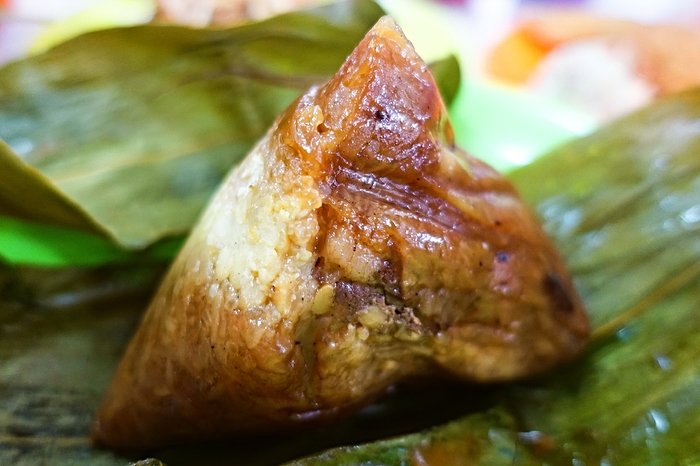 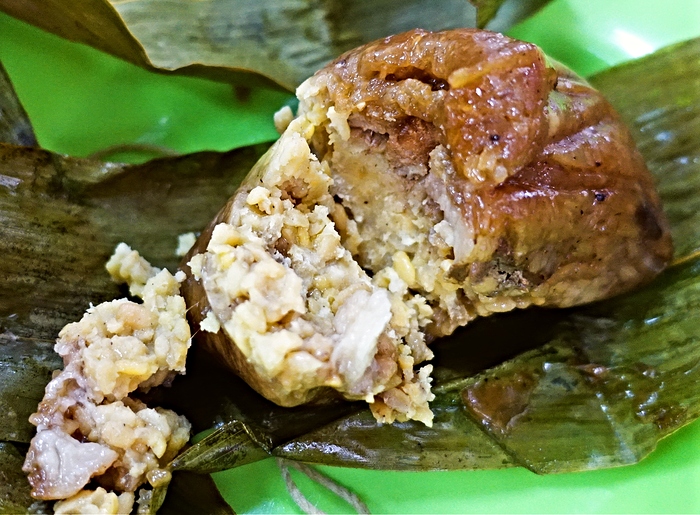 #8 Cempedak fritters - “Cempedak” is the local jackfruit, with very sweet-fleshed fruit inside a leathery jacket. Battered and deep-fried, these cempedak fritters are seasonal favourites among Malaysians (the cempedak season coincides with the durian one - coming on during the hot June-Aug months). 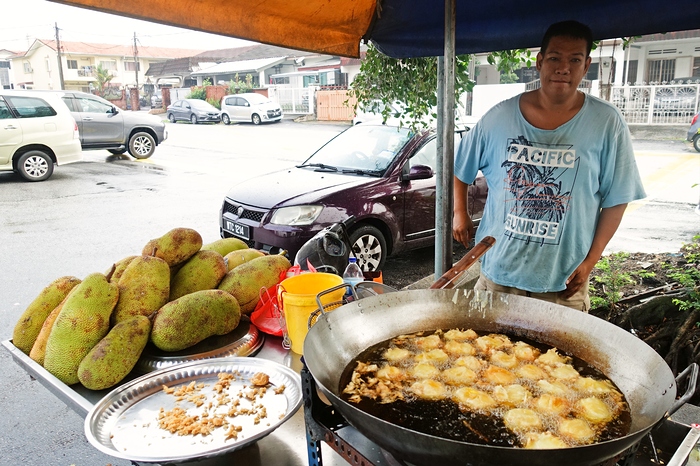 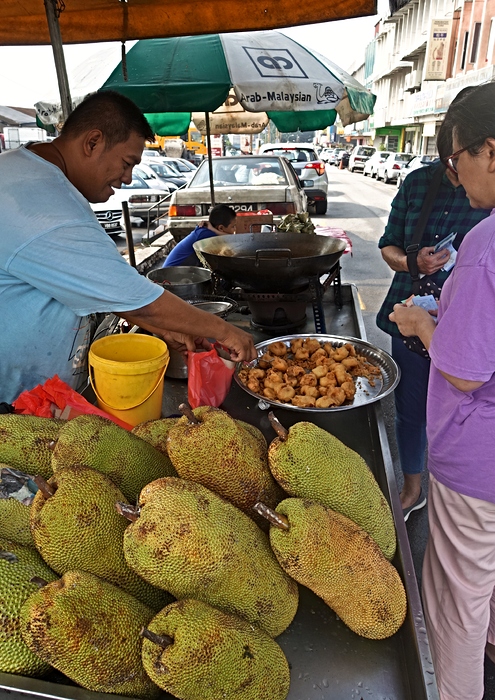 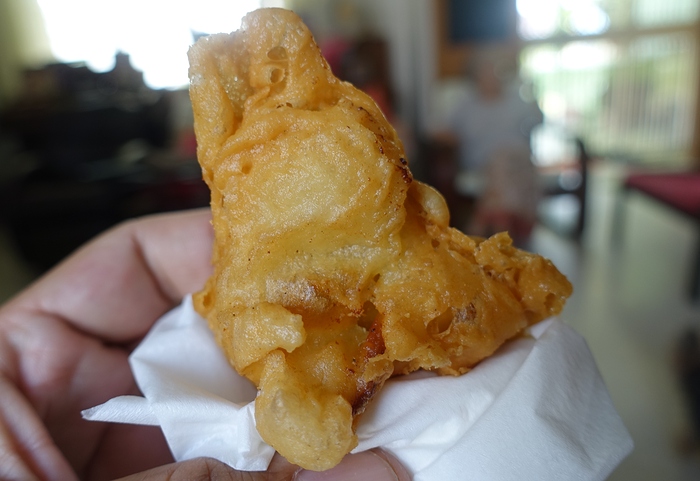 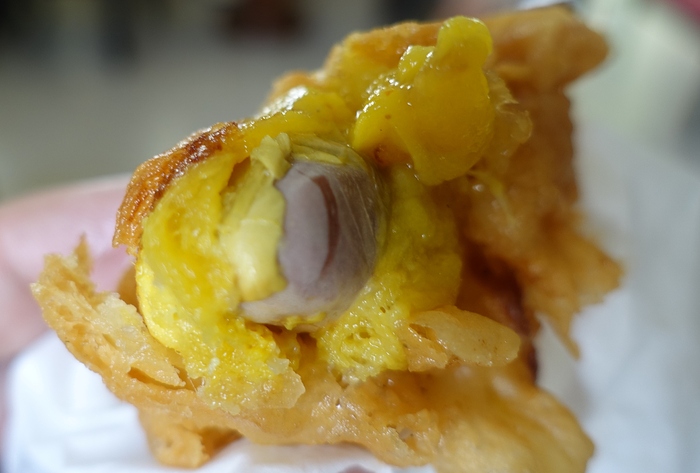 Hawker food in KL is pretty different from those one finds in Penang or even in Ipoh (another foodie city a mere 2 hours’ drive from Kuala Lumpur) Each city/state here has own its distinct regional dishes, some variations of those found in other cities, some unique to those cities/states themselves. One problem I have here - it’s always impossible not to overeat whilst in a coffeeshop in KL, and especially here at O & S!

Next time you’re in the area head a few doors down to Choon Prawn Mee, they had been with O&S for many years before branching out on their own

Next time you’re in the area head a few doors down to Choon Prawn Mee , they had been with O&S for many years before branching out on their own

Thanks. I saw that place - one of my KL cousins who was with me told me about the place. Later, we took a walk down there for me to have a look-in. I must try it on my next trip to KL.