Penang may be just 350km from Kuala Lumpur - an hour’s flight or a 3 1/2 hour drive. But the food culture is miles apart: Penang has a largely Hokkien ( 福建話) and Teochew ( 潮州話) populace, similar to Singapore’s, whilst Kuala Lumpur is mainly Cantonese (廣府人) and Hakka (客家), which pretty much influenced and cooking & eating habits of the two cities.

For instance, Hokkien and Teochew dishes like fried “chye tow kway” (radish cake) is very hard to come by in Kuala Lumpur, whereas Cantonese staples like "dim sum"or “char siu” & “siu yuk” are done stupendously well in KL, but are practically inedible in Penang.

Penang’s street food culture, despite its overwhelmingly Hokkien populace, is also very much influenced by the Teochews, and famous Penang hawker food staples like “char koay teow” and “koay teow th’ng” are Teochew in origin.

I miss Penang’s “char koay teow” the most - their rendition is, of course, unique to Penang, and Penang only. The Teochews like flat rice noodles, called “koay teow” in the Teochew and Hokkien dialects, and “hor fun” in Cantonese. In Penang, the Teochew immigrants in the 19th-century invented their own version of the fried “koay teow” noodles which is different from the version back in China where the noodles were usually fried with bits of pork and garlic. In Penang, the Teochews simply put in everything which they missed from their Teochew ancestral homeland (Chaoshan region in present-day China): shrimps, cockles, chives, Chinese sausages, beansprouts and eggs, flavoured with a blend of fish sauce and soy-sauce. The result was Penang “char koay teow” (“char” means ‘stir-fry’) as we know today. 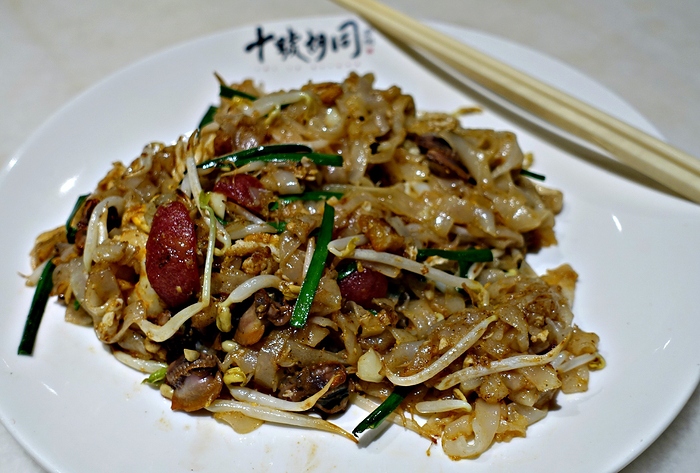 Penang “char koay teow” is different from the version in Singapore and Kuala Lumpur as it tends to be lighter - flash-fried over high flames. The whole dish retains a “wok hei” aroma and flavour. The ingredients also have to be fresh - in Penang, shrimps used are the ones caught on the same day. Use of frozen/stored shrimps is a no-no. You can’t get this level of freshness in Singapore. Also, Singapore’s version of the fried “kway teow” (note the spelling difference between Singapore and Penang) is a mix of flat rice noodles and yellow wheat noodles, and caramel-like sweet, dark soy-sauce is also added, plus some water added towards the end of the frying process to obtain the “gluggy” wet texture which Singaporeans prefer of their fried “kway teow”.

The same dish is not as common in Kuala Lumpur or Ipoh (another Cantonese/Hakka city in Malaysia), but if you do come across one, it’ll be very similar to the original fried “koay teow” from China, i.e. just fried with strips of lean pork, egg and beansprouts, flavoured with fish sauce & soy-sauce.

I’d been in KL for over 5 years now, but had not found any place which produce really good Penang-style “char koay teow”. But one stall, Secret Penang Cafe, which comes closest is located at Isetan the Japan Store’s basement food-court, also known as Hutong Lot 10 Food Court: 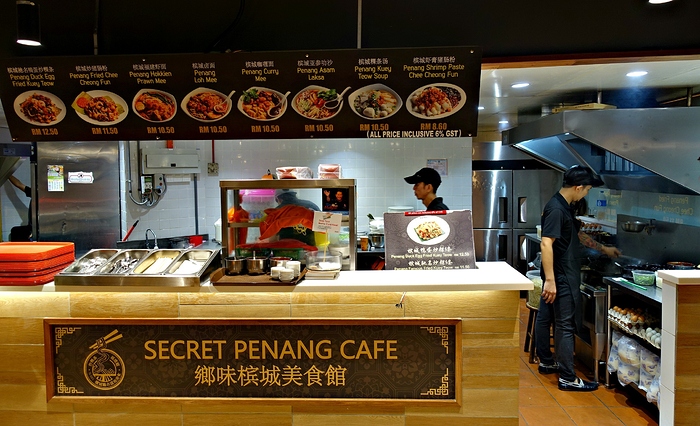 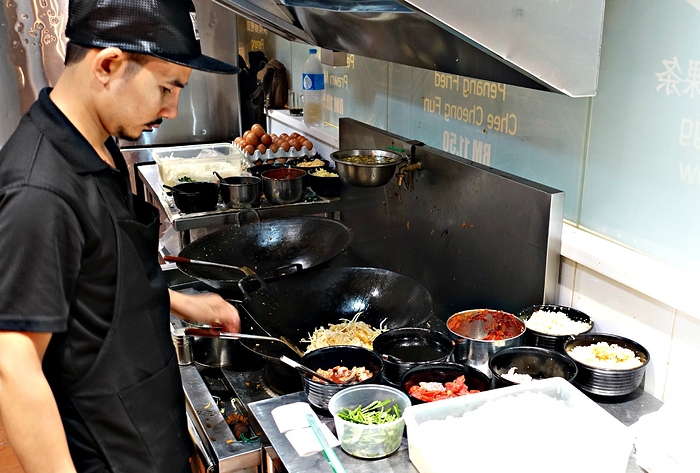 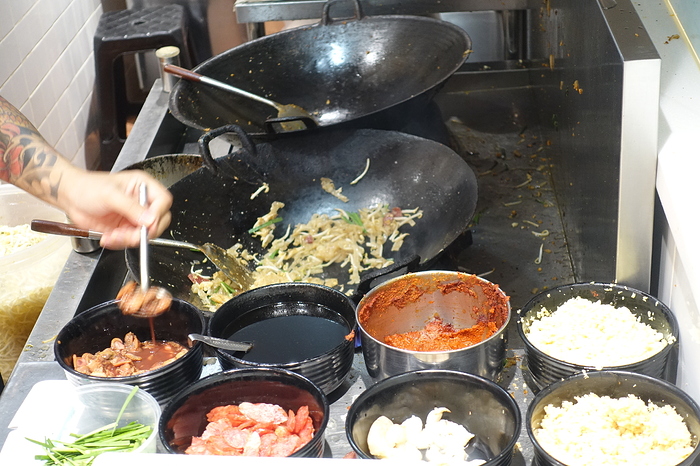 Prior to the recent renovations, there was a different cook who seemed to have moved on. The current one also produces a good version of Penang “char koay teow”, although not at the excellent, I-feel-like-I’m-back-in-Penang level which the previous cook was able to conjure up with his flaming wok.

Prices are not cheap in KL: RM13 for a plate of “char koay teow” with duck’s egg (in Penang, you’ll pay half of that in an average hawker stall) as it is located in a premium food court in an upmarket mall.

All the requisite ingredients were there. What this “newer” cook failed to capture was the delicate moistness in the “koay teow” - his tasted a bit over-fried, and the balance of sauces were not perfect like the previous chap’s. 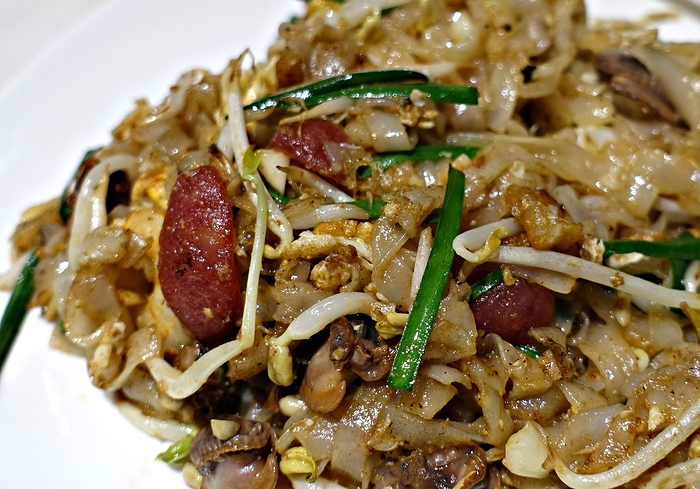 Still, this is the best version I’d had in KL, and I had this for dinner last evening, despite the fact that I’m off to Penang itself tomorrow, for the next two weeks.

Wow, even the cooks in malyaysia are tatted up!

Thanks for helping make my breakfast decision. Time for some chow fun (gon chow gnow hau).