We tried the afternoon tea at the Lounge at the Four Seasons Hotel KL last Saturday. It was a largish dining area, although they tend to squeeze guests, even those of us who made reservations a week in advance, into banquettes, instead of the brighter tables & sofas next to the glass windows. When asked, the hostess told us that all those places were already reserved by their hotel guests who’d specifically requested for window seats - which is strange as none of those tables were occupied by the time we finished our afternoon tea. None of them turned up? Anyway, that left a sour taste in our mouths. 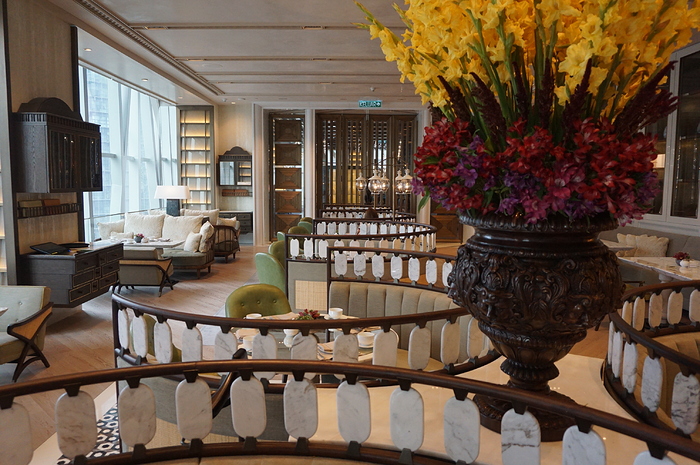 On to the afternoon tea service. We chose the Lounge’s Tropical Signature Blend, described as a blend of black & green teas, enhanced by tropical flavours of hibiscus, guava, coconut, strawberry, marigold & cornflowers. 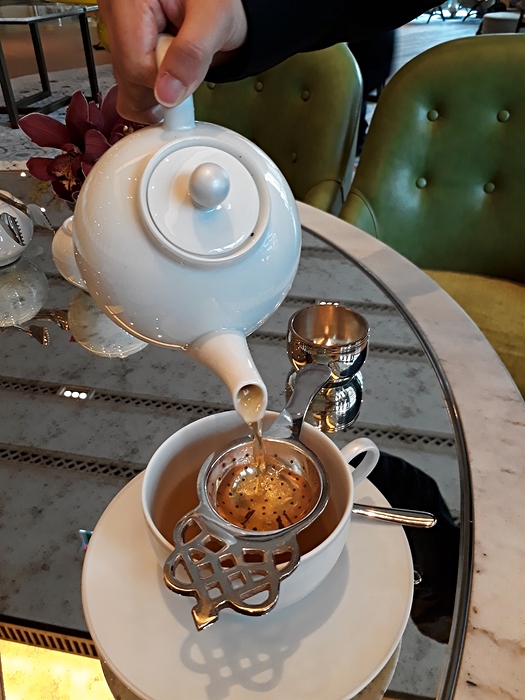 The comestibles came in a 3-tiered serving tray contraption: 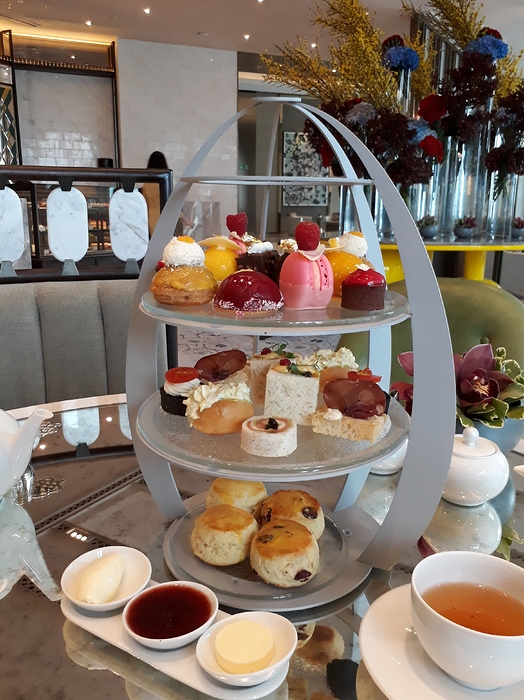 This sandwich was described as Chicken Carnation on their menu. We tasted it and it was Coronation Chicken, so we wondered if it was intentionally described as such, or it was merely poor English on their part. 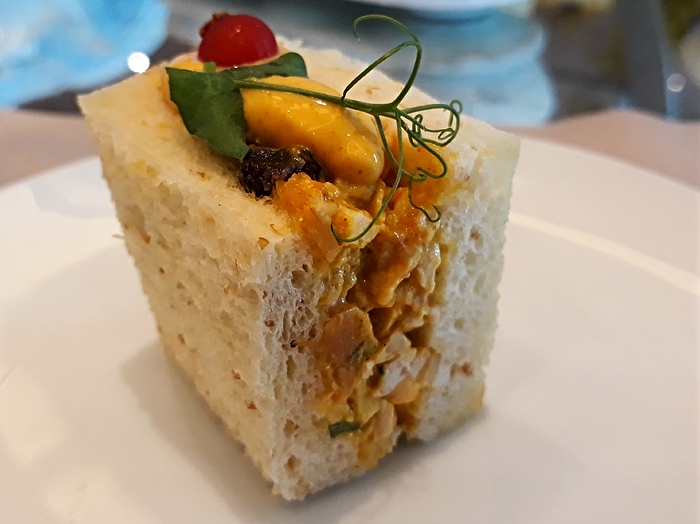 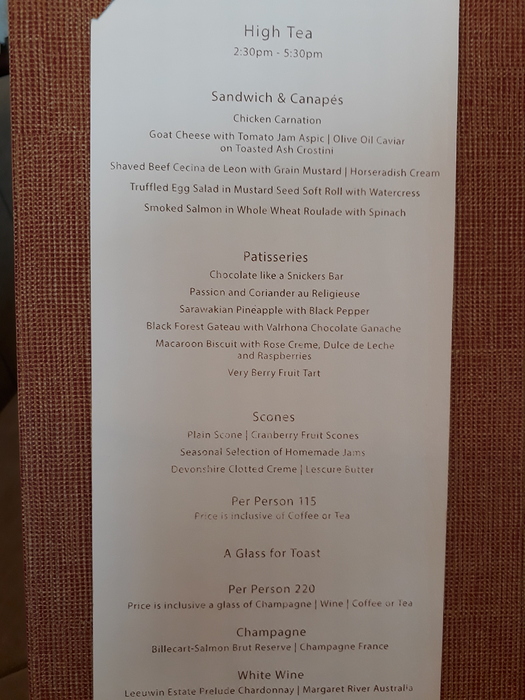 I’m not quite a fan of sweet cakes, and the ones here - more mousse-like than sponges - did not quite appeal to me. We left most untouched. 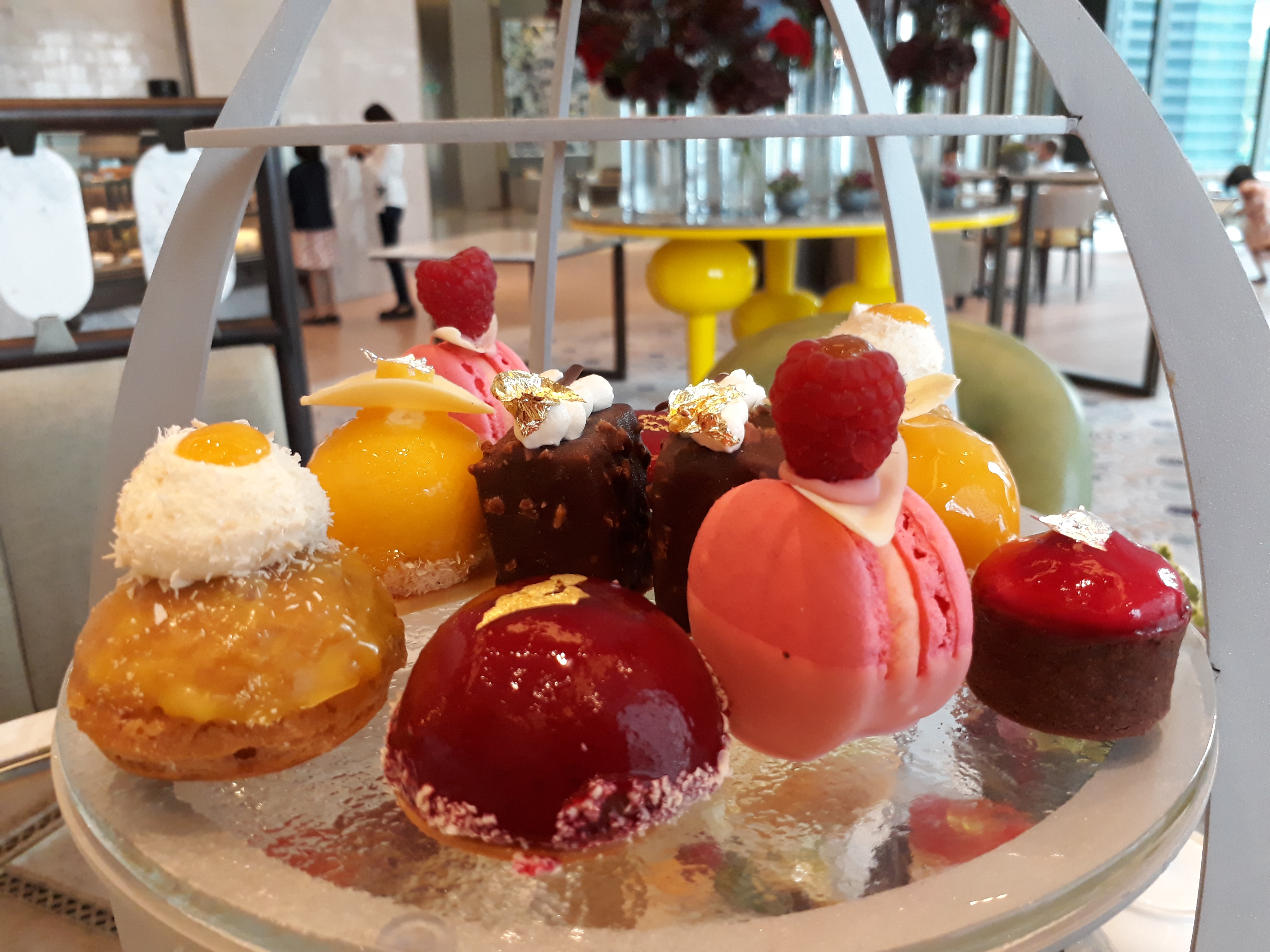 Overall, we found most of the items pretty average. We only enjoyed the scones, which were also average at best. The strawberry jam was very runny, and soaked through the scones besides dripping out at the sides. 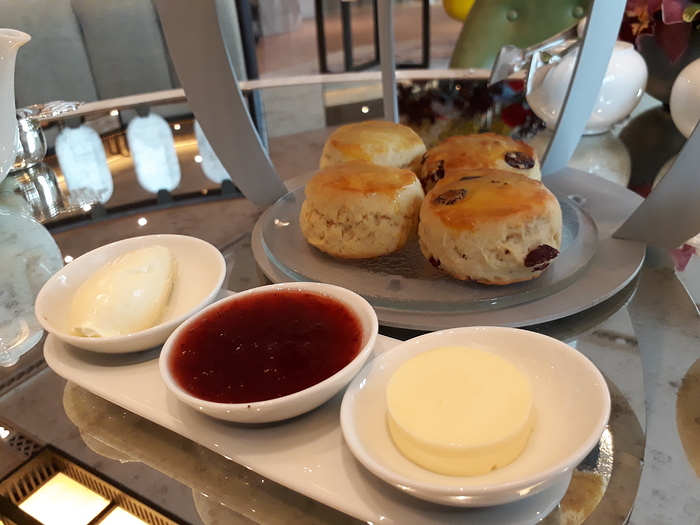 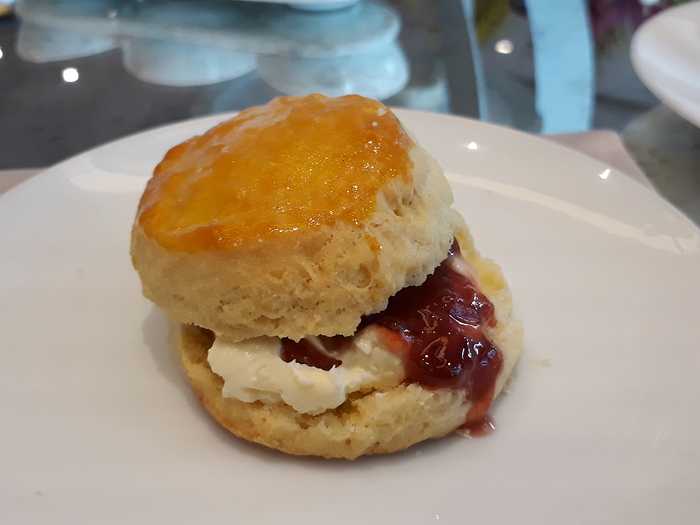 I’d rate the afternoon tea here as behind those at St Regis, Marriott, Ritz-Carlton, Hilton and Le Meridien. 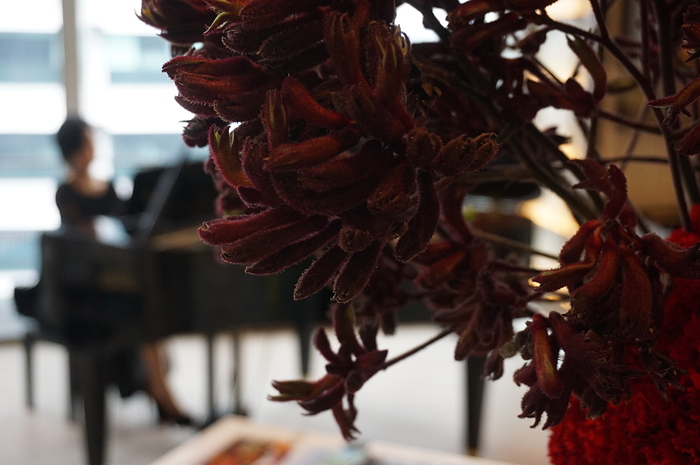 But the pictures are gorgeous!