Just came across this piece (it ran today - 4/6) from KQED San Francisco on the end of Chowhound featuring Luke Tsai and the ubiquitous Melanie Wong. It includes a plug for HO as a possible refuge for those seeking a replacement. 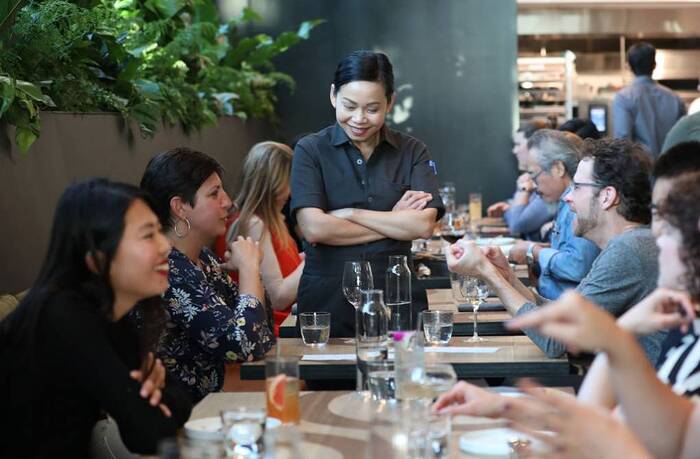 The beloved, influential early internet food site, Chowhound, has ended its run 25 years after its founding. The site encouraged an independent ethos. According to the ‘Chowhound Manifesto,’ “Foodies eat where they're told. Chowhounds blaze trails....

Actually, a lot of people believe food forum in general is in decline, and that Chowhound is really taken over by the likes of Reddit or Yelp.

Thanks for posting this. I just listened to it, and. it was fun hearing Melanie Wong’s voice for the first time. I was a big fangirl of hers for the years I was a CH regular. It’s too bad CH is gone, but I think it died years ago when it was sold. I’m happy that HO is here so I can be a part of a similar community.

pretty much all “computer-internet forums” are in decline. it it doesn’t fascinate the kiddies on a smart phone, it’s dying…

I think so. Forums are in decline because they are too slow and too lengthy for some people. I think many people just want a quick answer (right and wrong) and move on.

Just thinking, anybody thinks the end of HO will be the next?

Like my emergency doctor said: “There is one thing I know for sure. We are all going to die”

I think Yelp is in decline, too. I don’t see nearly as many people leaving reviews as before. It is good for a “quick answer”, though. I think Reddit’s appeal is you can subscribe to forums for more than one hobby’s on one platform. But I don’t think Reddit provides direct answers; in fact, I think HO is better in that regard. It’s one of the reasons Reddit has an upvote system. Also, Reddit is very in-the-now, meaning even 24 hours later most people will not see your thread. And often your thread will be lost unless lots of people upvote it.

I haven’t contributed on Yelp, but definitely read it. So what is replacing Yelp for restaurant reviews?

I don’t think anything is replacing Yelp for reviews proper. What I have seen from younger folks is many of them will go for what is trending on their Instagram feed.

Yeah. I actually use Yelp for reading the restaurant reviews. They are not always accurate in my opinion, but they are ok. Instagram probably is good for like what you said: trending. This will likely give special weight on visually appeal items. Many thanks.

I could go on ranting about Reddit - how they handle images, the user interface/notifications, etc – but the truth is I still get value from it.

I’m sure it’s not replaced yelp, but I often share pictures and positive reviews on Open Table, and Google.

I picked up a couple of tidbits of information I’d never known before. The Ubiquitous Melanie knew Leff even before CH and was in on early developments. And, with regard to the 2015 Great Chowhound Calamity, one of the reasons for the re-design was to make the site better for the increasing use of mobile devices by users. I’d heard it was ‘to be more like Yelp’ or other social media but this motivation is certainly more reasonable.

I’m a dinosaur, I guess. I have a smart phone but seldom use it for anything other than calls and texts. Using a desktop does make longer-form posts and discussion threads much easier to follow and participate in. I have no other mobile devices and I’m not on any social media.

I’m a dinosaur, I guess. I have a smart phone but seldom use it for anything other than calls and texts.

Interesting contrast. I’m a dinosaur in age but use my iPhone for much more online than my PC. Likely mostly because the PC is a very old Acer laptop that is quite ‘constipated’ and takes over 5 minutes just to boot up. Since CH shut down I’ve been looking at eGullet as a replacement but find its mobile UI to be very challenging in ways that may be deal breakers. I should probably invest in a new device, but would still be likely to use my phone anyway. First world problems.