[Kota Bharu, Malaysia] - round up.

I knew Kota Bharu would be very different to cities like Pendang and Ipoh and wasn’t sure what to expect food wise. A lot less Chinese places but still good places to eat. Also I thought I knew something about Malaysian food but many dishes were completely new to me. 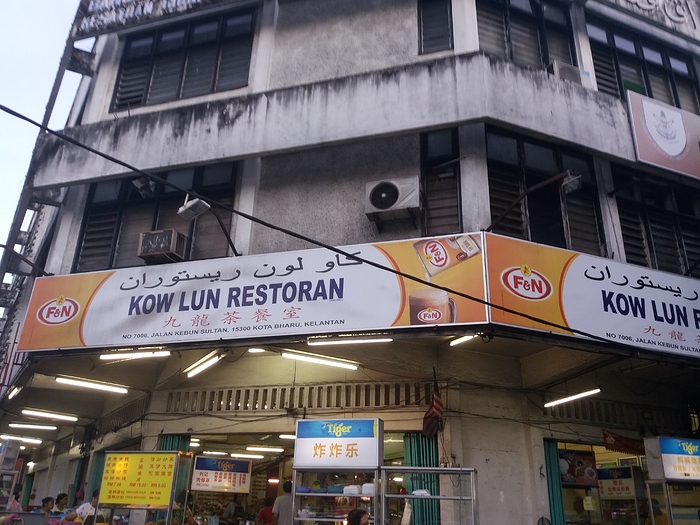 A number of stalls but I homed in on this one. 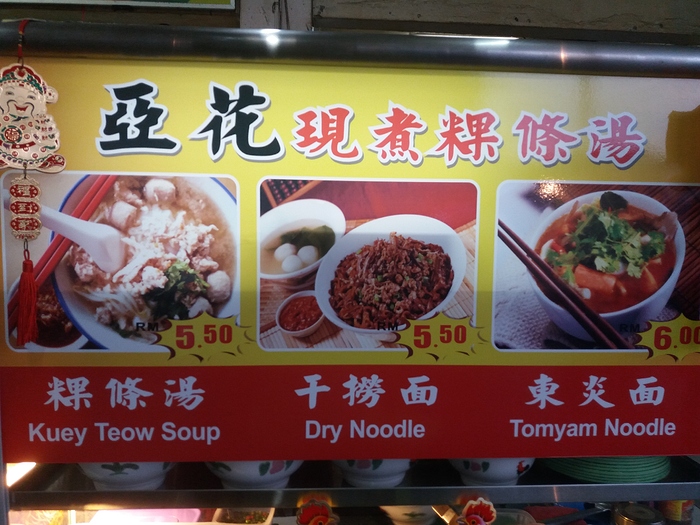 The lady serving was lovely and smiley and I went for the Kuey Teow Soup. Nice light broth, flat rice noodles and the fish balls weren’t too bouncy. Particularly liked the little balls of minced pork. 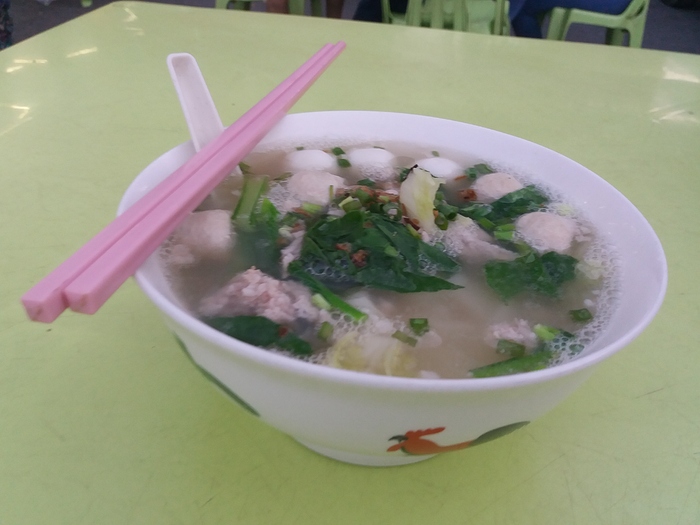 Had a lovely drink of the juice of small green oranges with a salted plum dropped in. Not sure what it’s called but the waiter wrote it down in Chinese. I just pointed at one on another table to order it and got lucky. 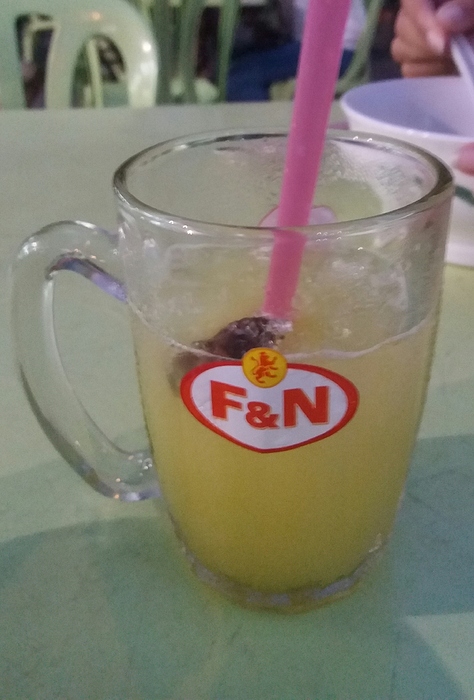 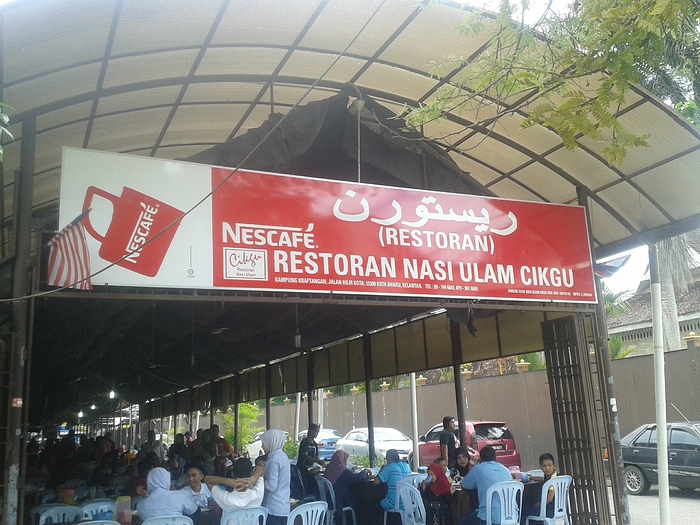 I’d never come across nasi ulam before but it is like nasi kandar but with lots of herbs and vegetables which makes it quite light. I loved the herbs even though I didn’t know what they were. Also loved the fact that the neck was still attached to the chicken piece. Naturally the missus passed this to me. 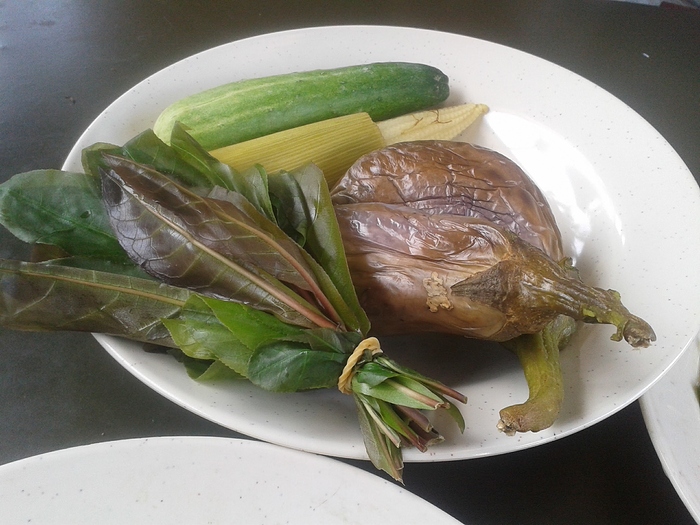 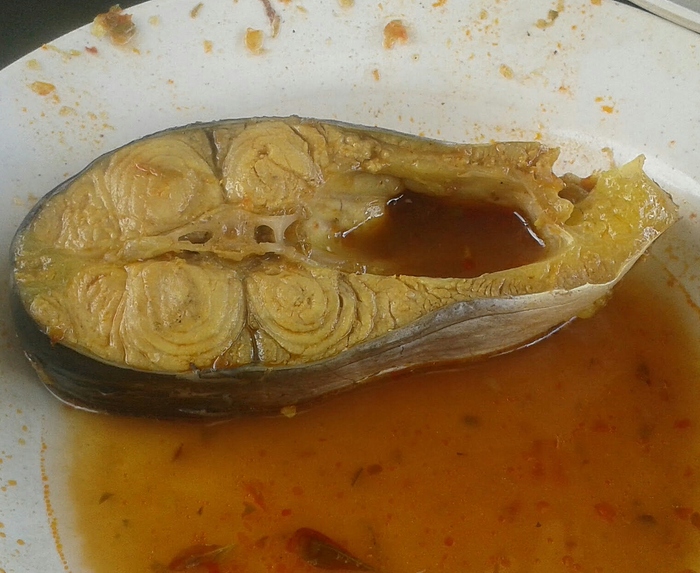 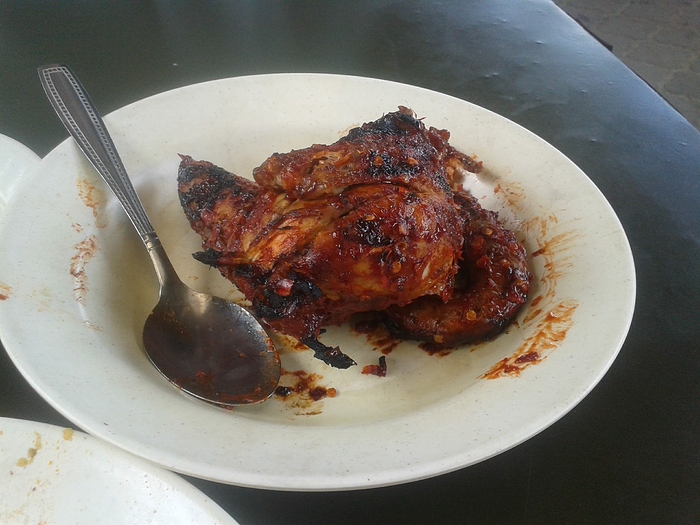 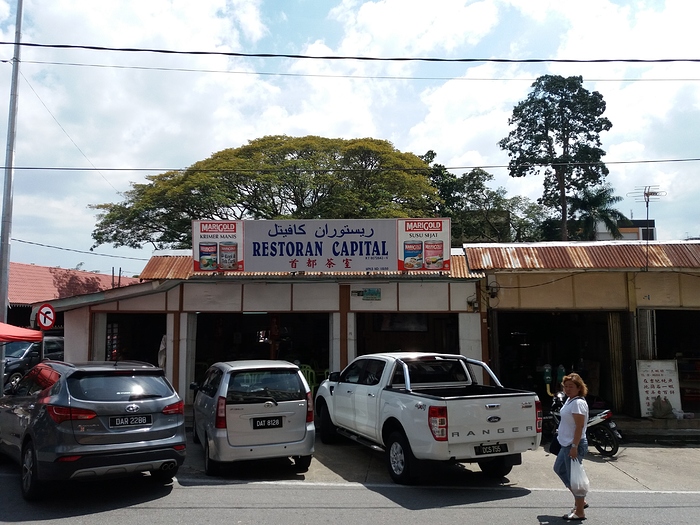 From my research I found that this place was the place to go to have the regional specialty of Nasi Dagang. This was like nasi lemak via a Jewish deli. It had coconut rice and a little chicken curry but also chicken livers and pickled cucumbers. The rice was just ok texture wise but good coconut flavour. The chicken livers and pickles worked well together and it was a tasty plate of food. 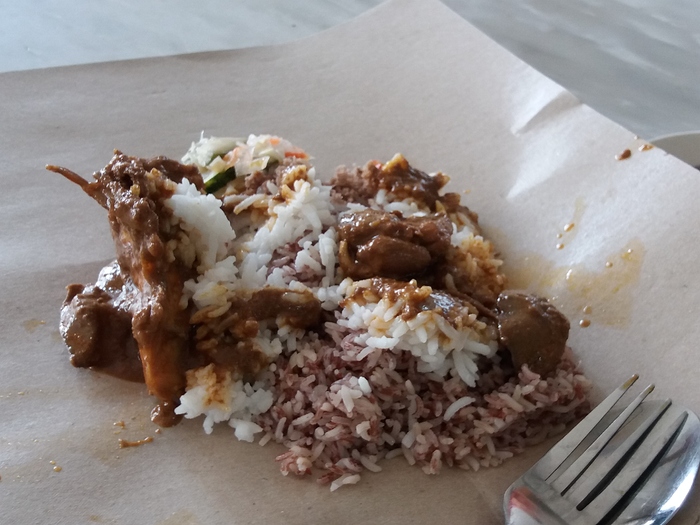 As night markets go this was small, maybe 10 stalls at most. We went twice.

First night was the murtabak stall. 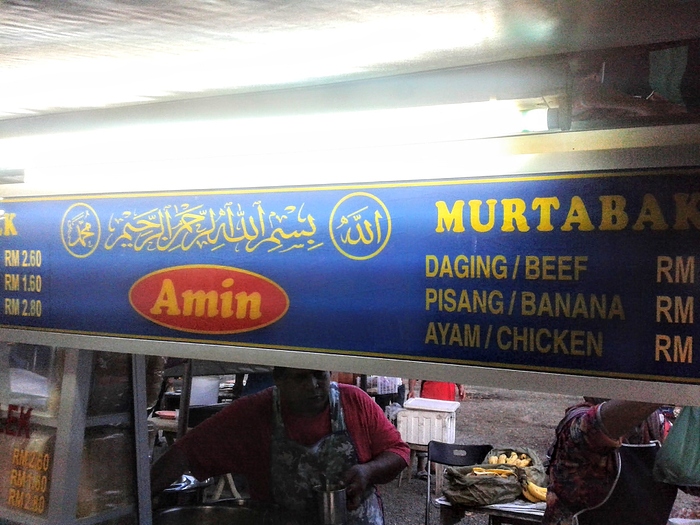 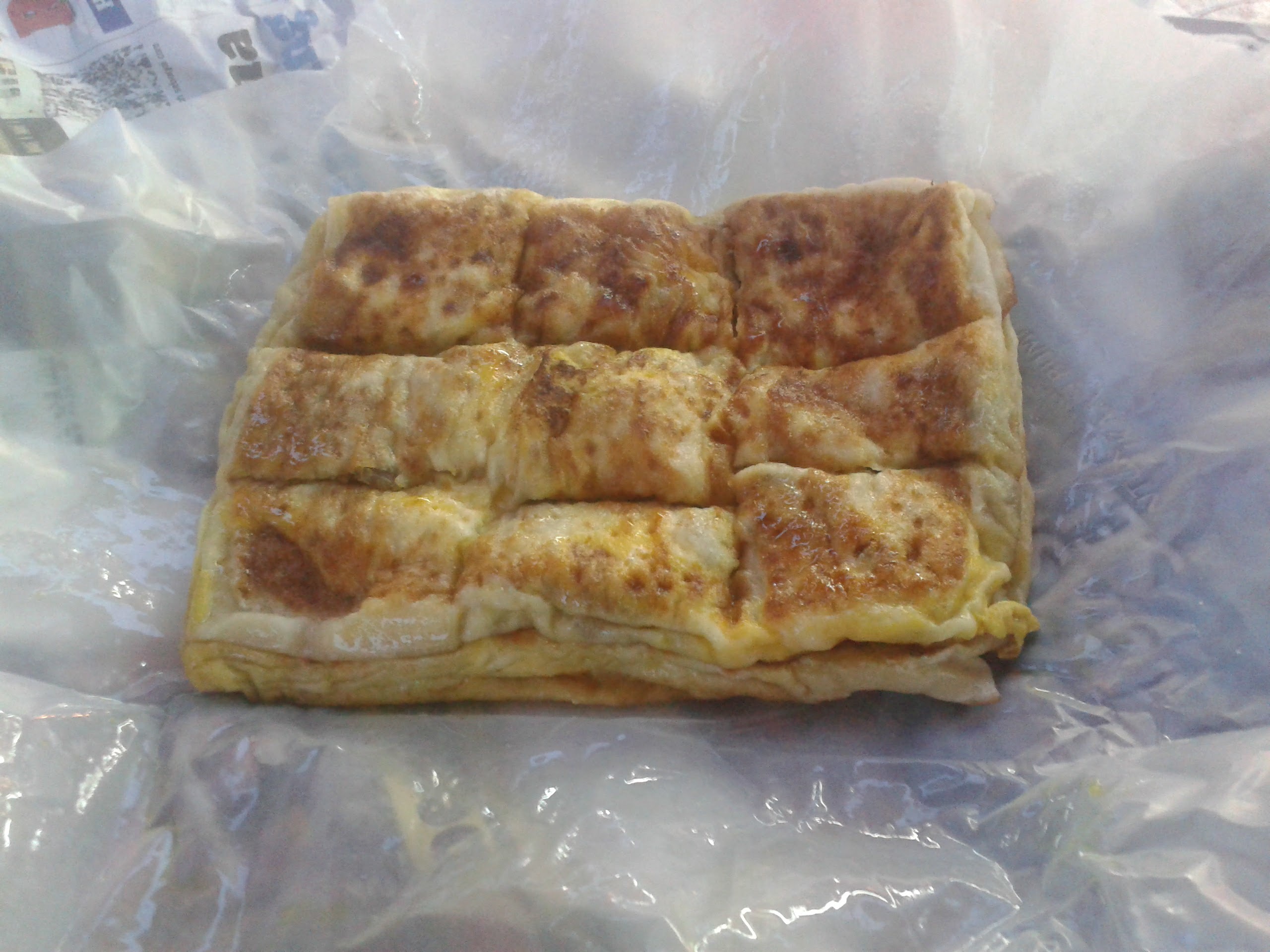 We washed these down with sirap bandung, which were good. Not as sickly as I’d feared. 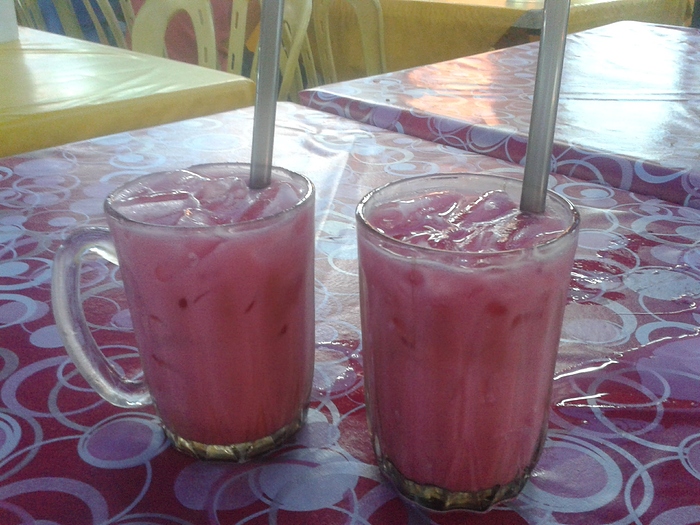 Second time at the night market we tried Nasi Kerbu ( blue rice). The rice came with some salad and had a powder of coconut, chilli and I also detected some dried fish. This really perked it up. We also chose chicken, beef and a salted egg for me, dried egg for the missus 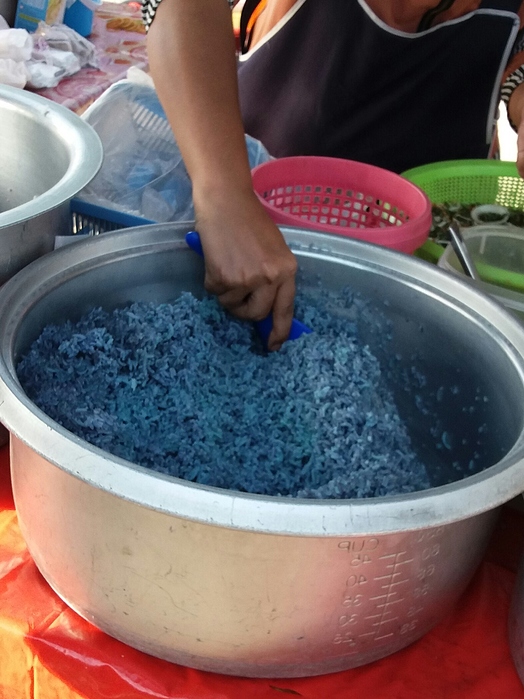 If you fancy something sweet this bakery has a good range, especially doughnut. The kiwi custard doughnuts are lovely. Nice soft ring doughnut with creamy custard in the hole and the sharp kiwi providing a good contrast. 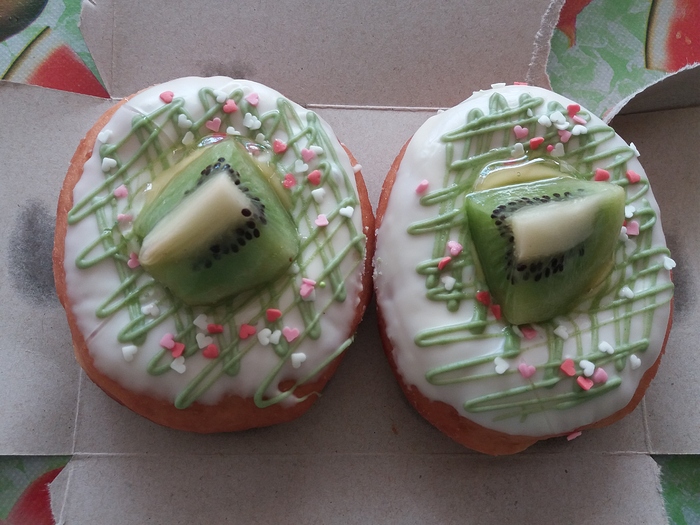 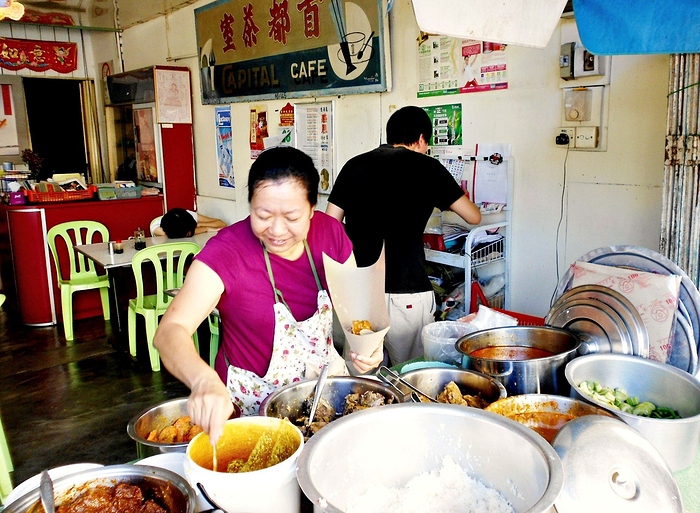 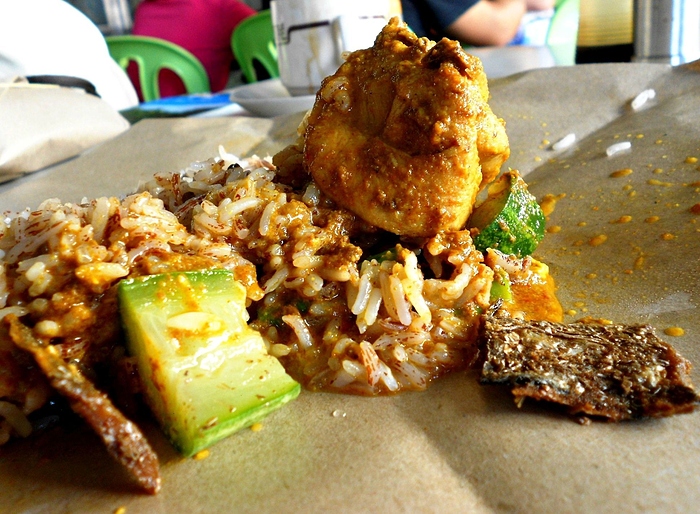 The current Kota Bharu one is okay, but not as exceptional as her famous predecessor. 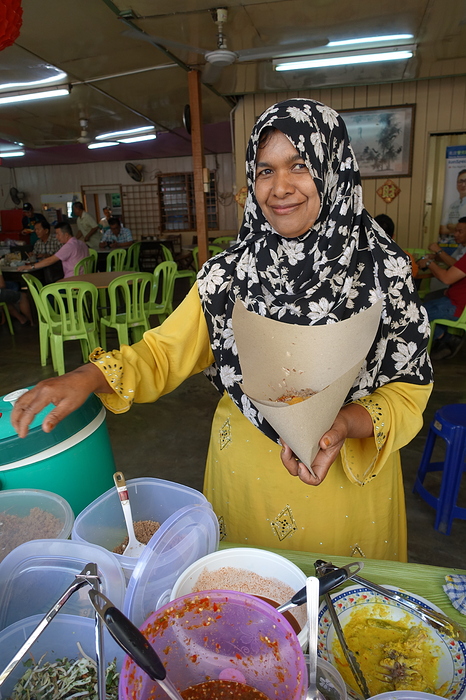 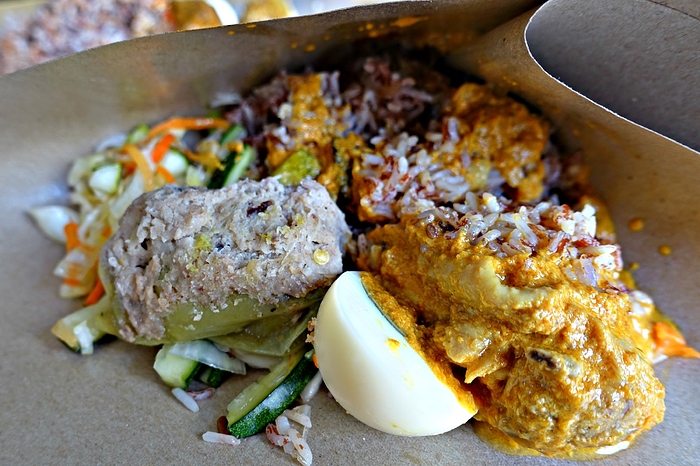 Nasi Ulam Cikgu is the best-known nasi ulam spot in Kota Bharu. My only complaint - their “budu” (fermented fish sauce) was not pungent enough. But their crispy fried chicken was fantastic. 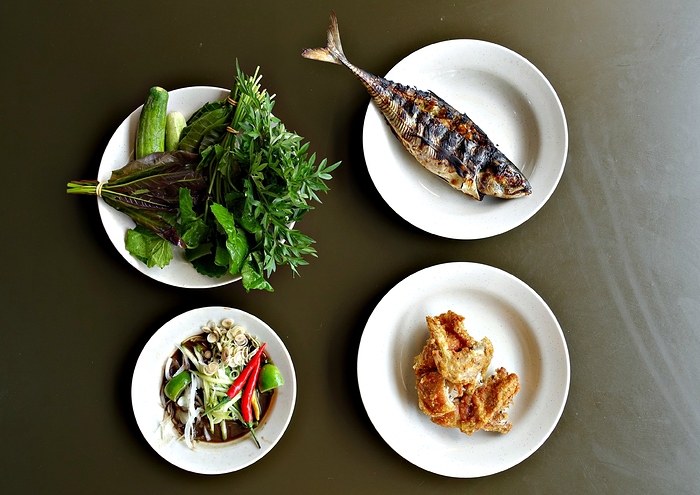 Quick update. It’s our last night in Kota Bharu and we returned to Kow Lun Restoran as it was near where we were staying.

The missus had wonton noodle soup from one stall. It was declared ok.

I however plumped for the stall serving Bak Kuk Teh . A hot sizzling bowl with a deep rich herbal broth. Pieces of soft and sweet belly pork along with puffed tofu and some greens. Rice and some chilli on the side. This was such a great final dish and I’ll be looking out for it in the future.