Hover Restaurant on Jalan Dato’ Pati has a illustrious history, being one of the earliest established ‘Nasi Sumatera’ eateries in Kota Bharu, Kelantan - Malaysia’s Malay food capital. My earliest memories of Hover was family dinners hosted by my maternal grandparents in the 1960s - the dining table heaving with various curried dishes.

Like many Kota Bharu eateries, Hover Restaurant is Chinese (mainly Hainanese)-owned, but offer Kelantanese-Malay food for a mainly Malay clientele. Kelantanese cuisine also tend to be sweeter and less spicy than their counterparts in other parts of Malaysia. Hover serves its plethora of curries Padang-style, i.e. all the dishes are stacked onto your table, but you’re only charged for what you eat (untouched dishes are recycled for other customers’ consumption - try not to think of that).
But the Kelantanese take on Padang cuisine a la ‘Nasi Sumatera’ can be quite different - subtle difference in the spicing and resultant flavours. 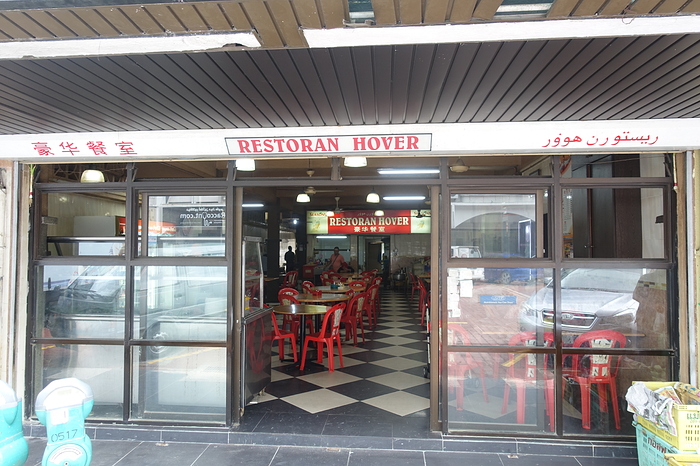 My fave items were their Beef Rendang, so full of flavour, and the ‘Kampung’ -fried chicken, which is all about the flavour and texture. 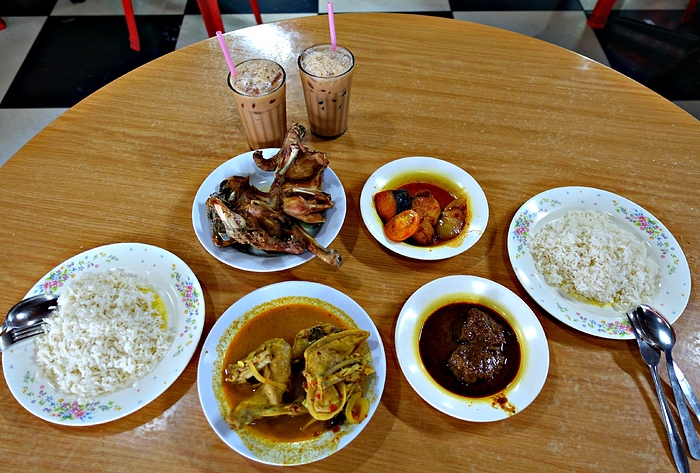 Try and come here by about 11am - the lunch-time crowd builds up pretty rapidly. 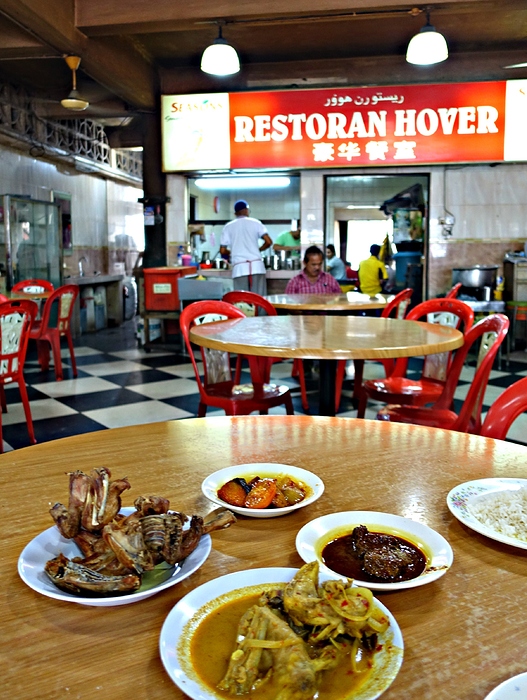 This place is a Kota Bharu dining institution which is a must-not-miss if one visits this little town. 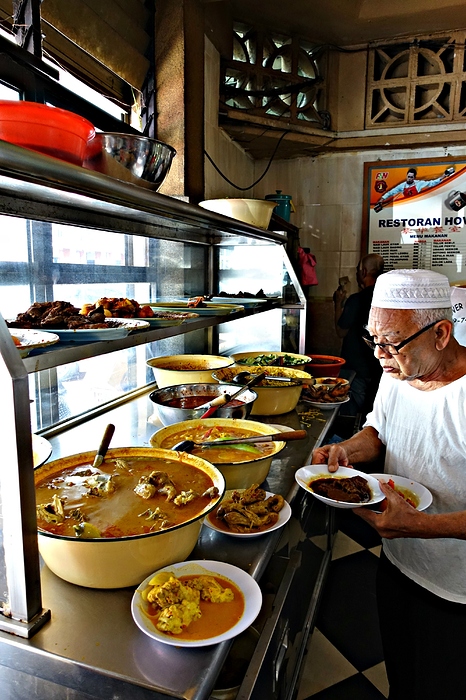