Pasar Besar Siti Khadijah (or Siti Khadijah Main Market) is a hive of morning market activity in the heart of Kota Bharu at the break of dawn each day. The current main building was opened in 1985 under the name Pasar Besar Buluh Kubu (Bamboo Fortress Main Market), but was renamed by Kelantan’s spiritual leader, Nik Aziz, as Siti Khadijah (the wife of the Prophet Mohammed) as a tribute to the mainly women traders in Kelantan. 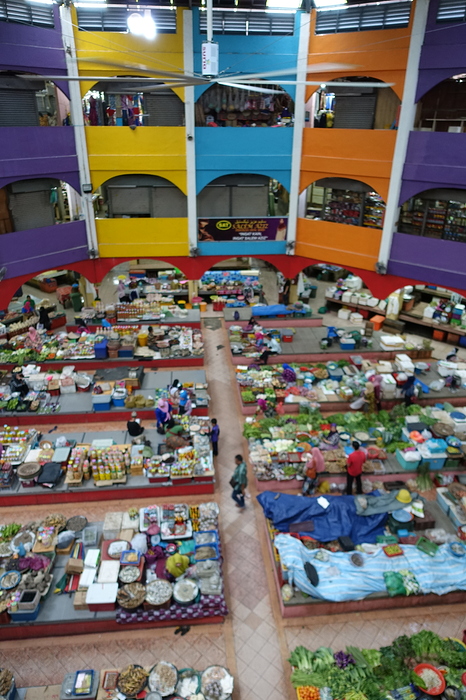 The huge market is divided into different sections around its circumference, with the main vegetables and meat sections covering the ground floor. The second floor is mainly dried goods, including those selling “serondeng” (meat floss), “dodol” (a sticky local pudding), plus a busy food centre with dozens of stalls offering a plethora of Kelantanese street foods. The third floor sells mainly clothing, local fashion accessories, handicrafts (not very good ones) and kitchenware utensils.

My favourite sections are the sweets/desserts/breakfast foods take-away section on the ground floor, and the food centre on the second floor. 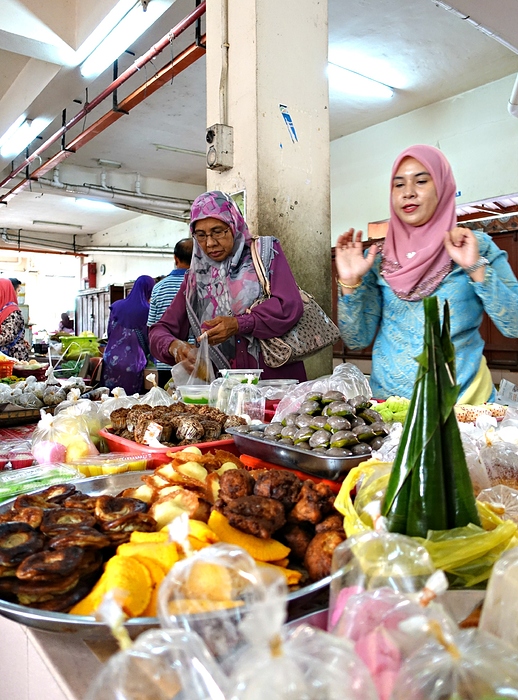 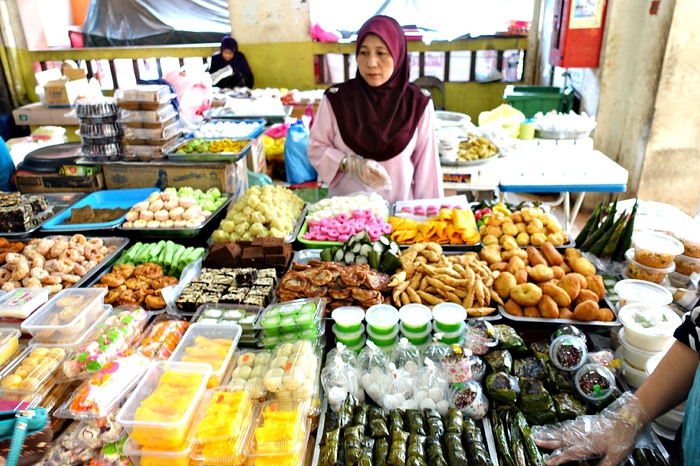 Some of the food items we sampled: 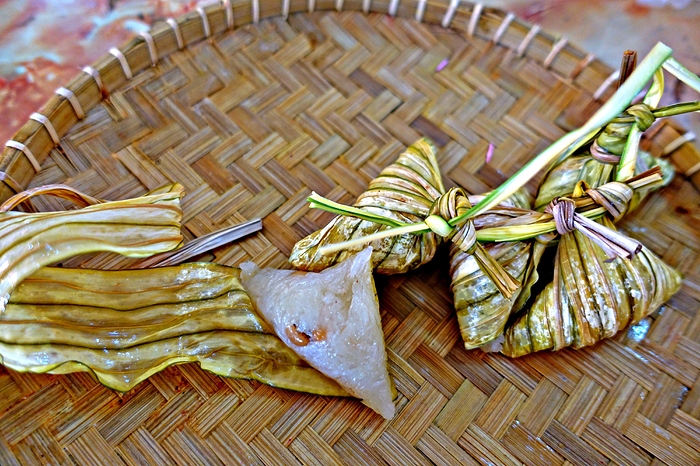 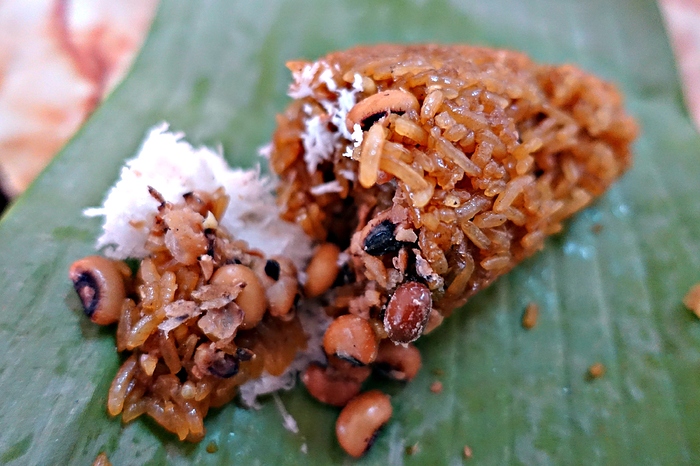 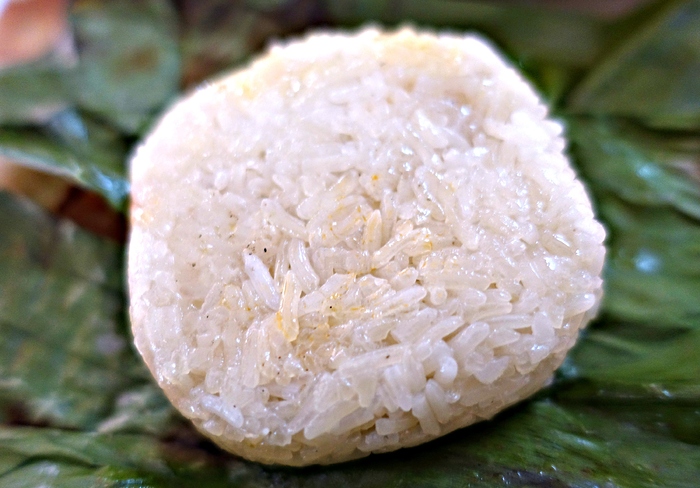 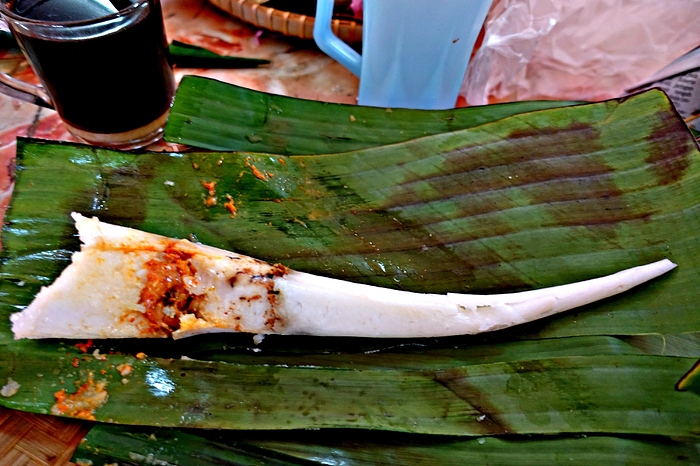 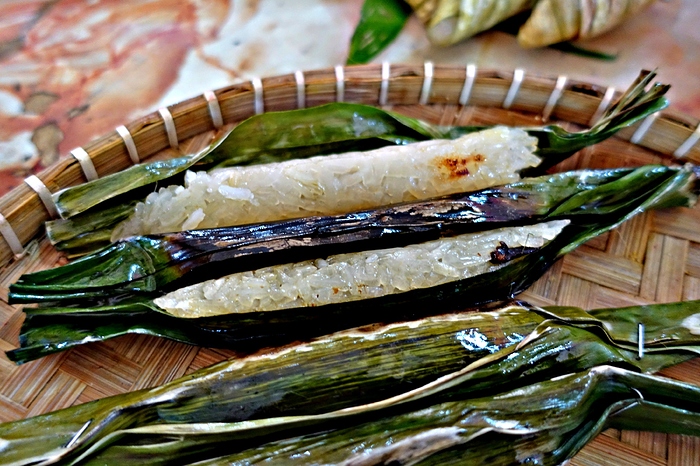 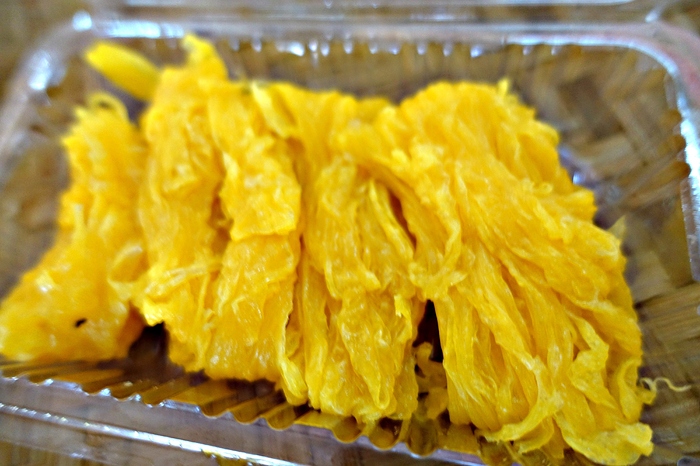 Another variant is the “bunga tanjung” (Thai: “thong yot”), essentially the same duck’s egg-yolks cooked in syrup, but with a tear-drop shape. 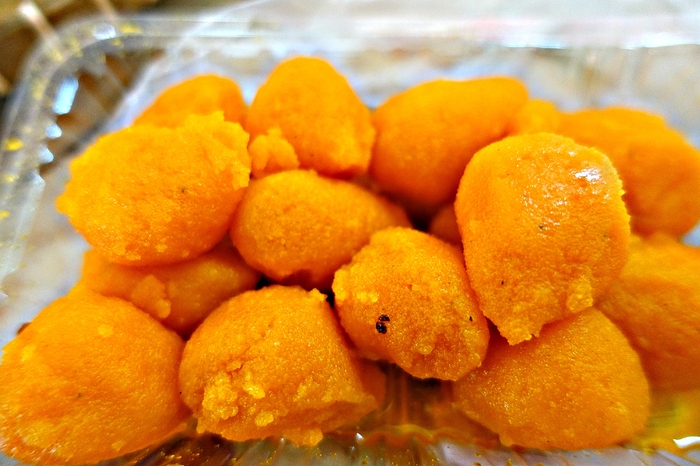 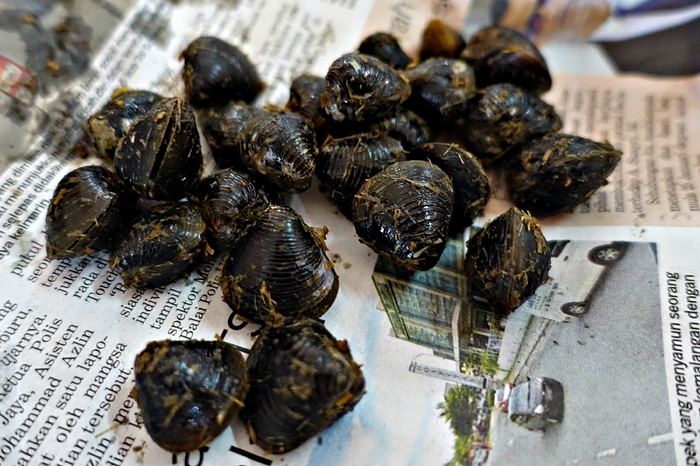 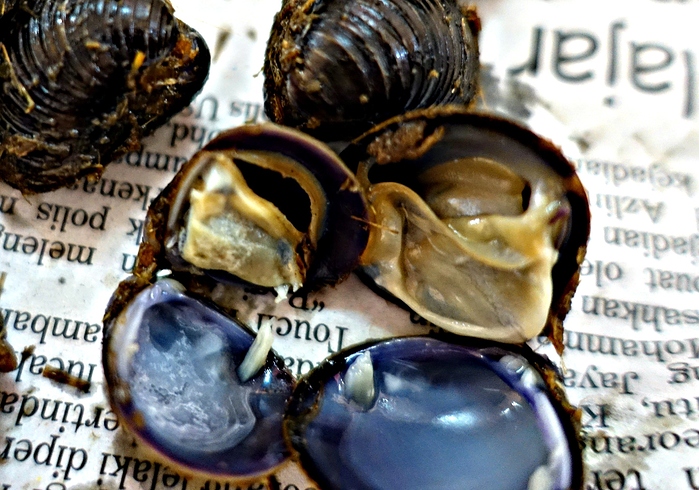 Nasi Dagang is a semi-glutinous rice dish flavoured with coconut crème, shallots and ginger, scented with fenugreek seeds. It has an intoxicating aroma and a taste that is to-die for. Usually paired with a light chicken or fish curry, and “achar” (vegetable pickles). I also order a “solok lada” (steamed chili stuffed with minced fish/desiccated coconut) as a side-dish. 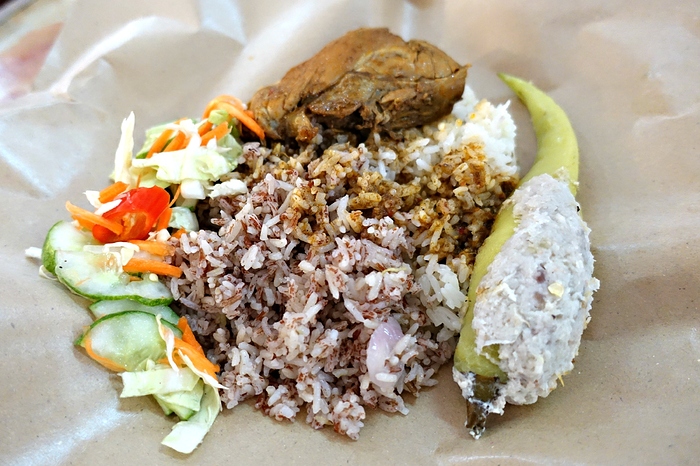 Nasi Kerabu, steamed rice tinted blue with the use of “bunga telang”, a local bloom. The rice is topped with chopped herbs and vegetables, spiced coconut/meat floss, “keropok” (fish crackers, to be crumbled over the rice), and a splash of “budu” (a heavy-smelling fermented fish sauce, which is Kelantan’s take on Cambodian “prahok”) 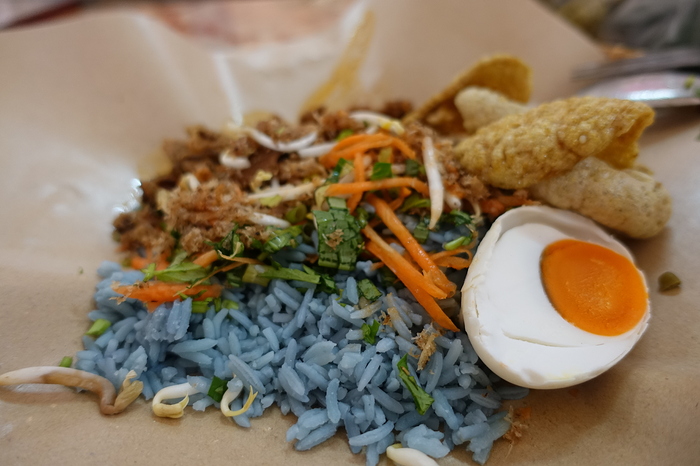 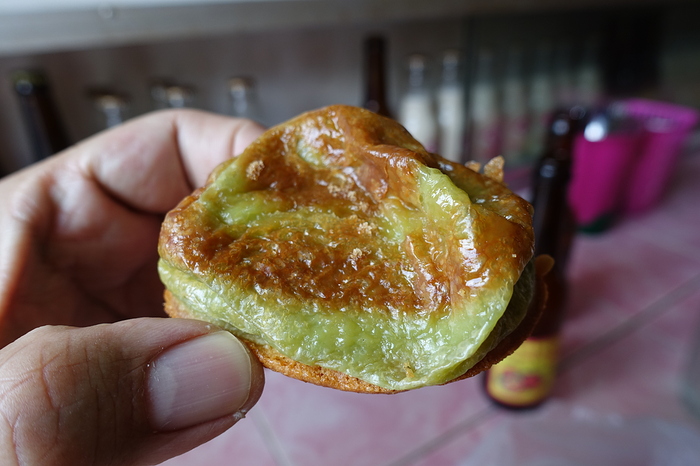 There’s just so much to savour at the food centre, we went back there for 3 straight days but only managed to touch the tip of the iceberg where its food offerings were concerned. 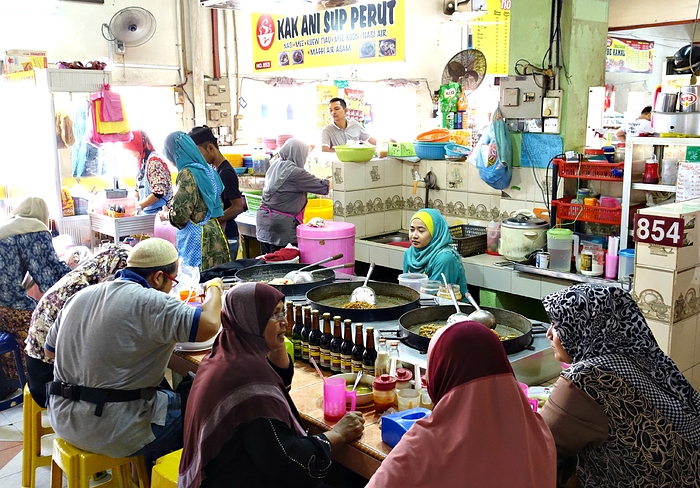 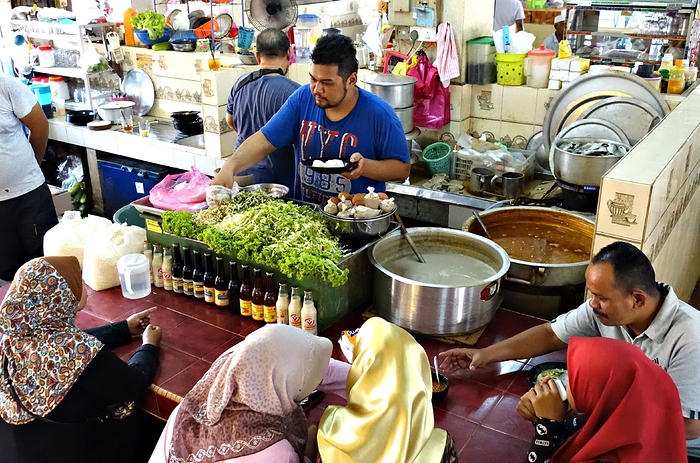 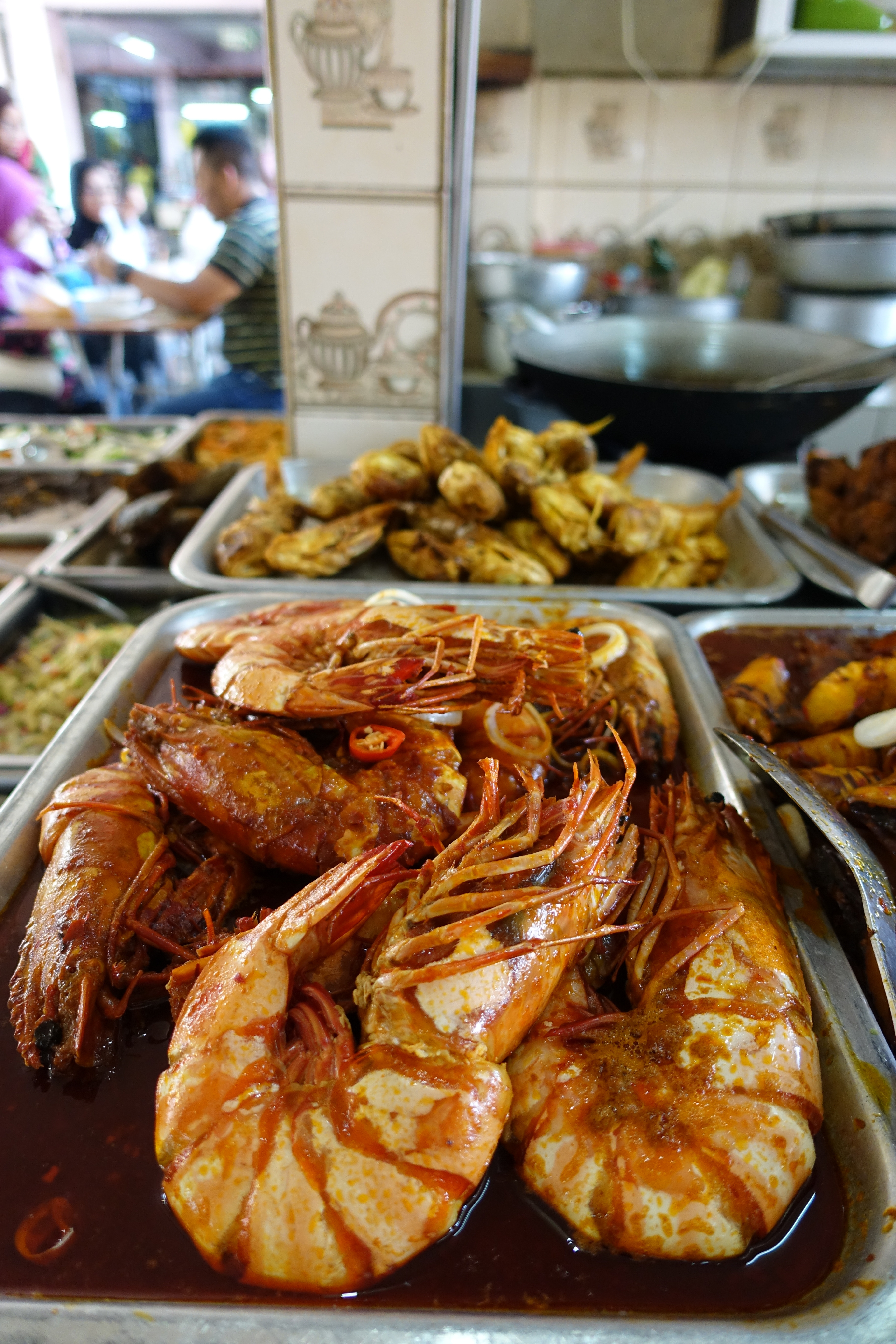 Indeed a lovely local place I would like to visit when travelling!

A rather exotic destination, keeps you busy for 4-5 days.