This is our newest favorite semi-local sushi restaurant, a nice change from Izu and Aji in Long Branch. Soft classical music is playing when you go inside. There is a small sushi bar you can sit at. The sushi and sashimi here appears to be top quality, and is presented simply, without a lot of frills . . . no palm leaves, no ice sculptures, no orchids, no flashing neon cubes, just clean, fresh fish, the way we like it.

They have an appetizer called yellow tail jaw that we have enjoyed three times. We have watched the chef cut the piece directly off the large whole fish, nothing frozen here. It is broiled and served with a tasty sauce. The sashimi plate, as I stated, is fresh and delicious. The salmon skin appetizer is broiled, not deep fried, still tasty, and probably healthier too. 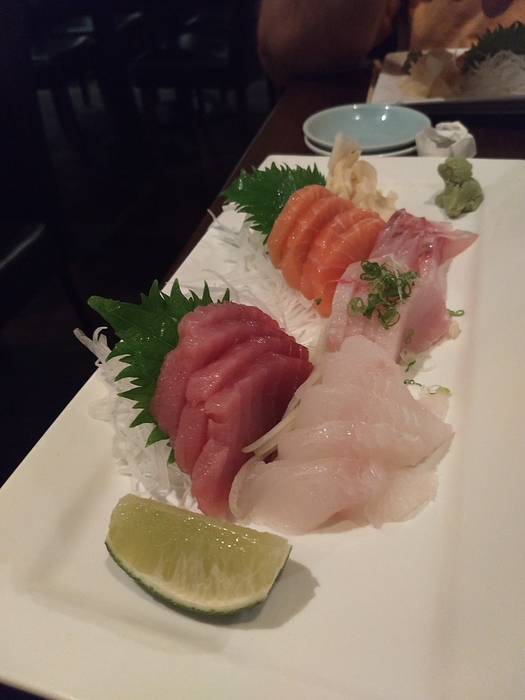 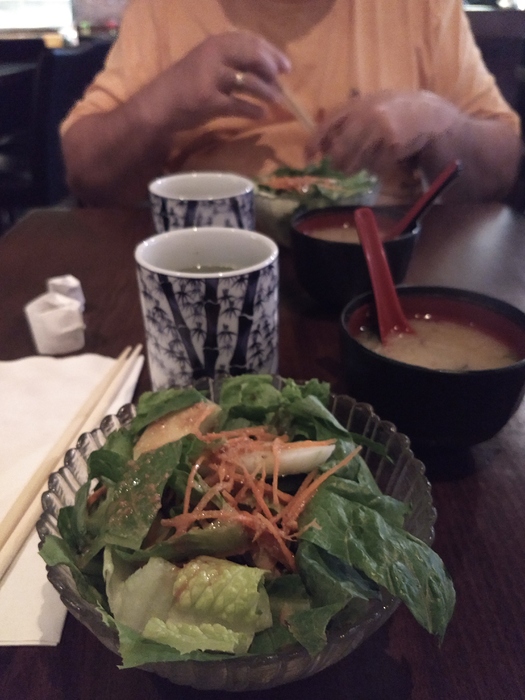 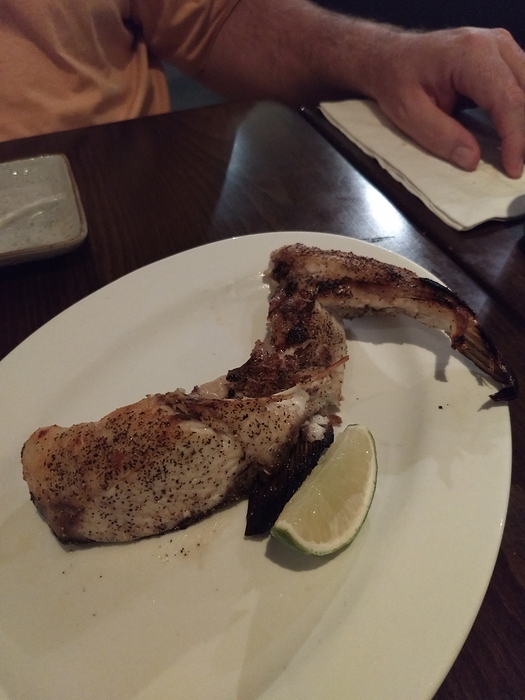 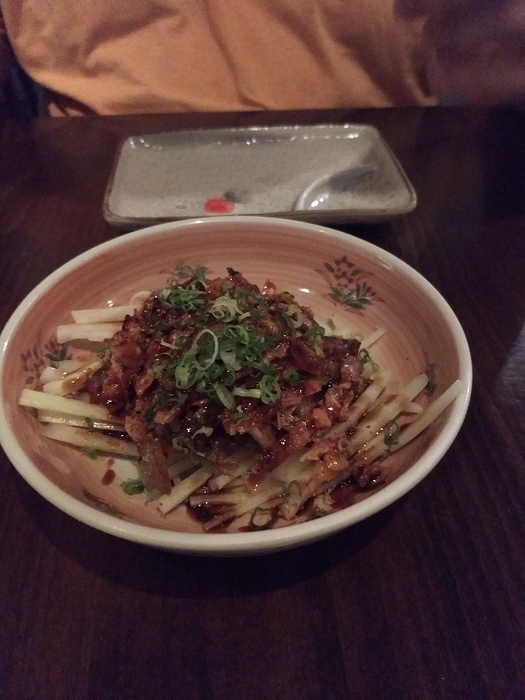 What is the last dish pictured, served over cucumbers?

We had UberEats deliver us sushi from Kissui recently. We ordered tuna tataki, yellowtail tuna toro, Kissui Sushi Dinner, and a spider roll. Everything was fresh and delicious. Though the menu didn’t offer it, I asked for brown rice in the spider roll and toro and I got it! Can’t wait for next time.

Did you mean yellowfin tuna or yellowtail? Glad to hear you liked this spot.

Cool. Was it decent? I never have seen it marketed as yellowtail toro. Sounds delicious

After our disappointing meal at Izu on Thursday, Friday evening we went back to Kissui, and again, it did not disappoint. We ordered the salmon skin appetizer again, deliciously broiled with a sweet sauce on top. We went for our favorite again, the yellow tail jaw. Again, it was broiled to perfection, then burnished on top with a flame burner (don’t know what it is called) and served with a savory dipping sauce. Our next plate was assorted sashimi. Our choices were yellow tail, fresh scallop, fluke, striped bass, octopus, tuna toro, and a special, blue fin tuna belly. Very, very delicious and fresh. For our finale, two rolls, the KIssui role, a combination of tuna, yellow tail and cuke, with fish roe on top. Our second roll was the four season roll, a combination of tuna, yellow tail, salmon, avocado masago and jalapeno wrapped with soybean seaweed. This last roll had a bit too much jalapeno for my taste, but the pieces were easily enough removed. 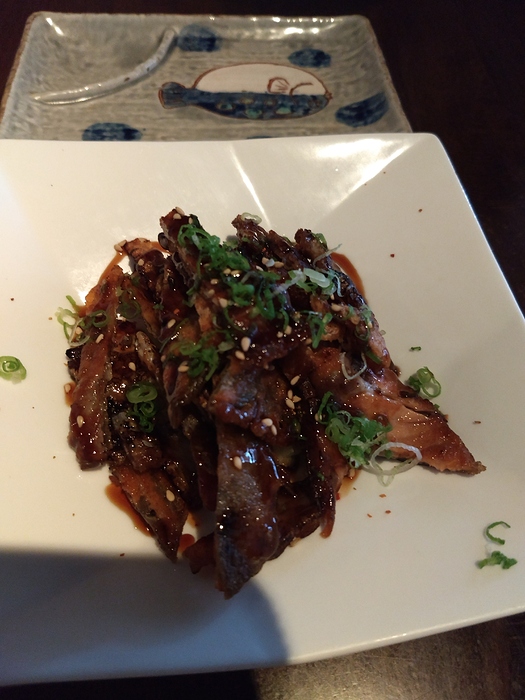 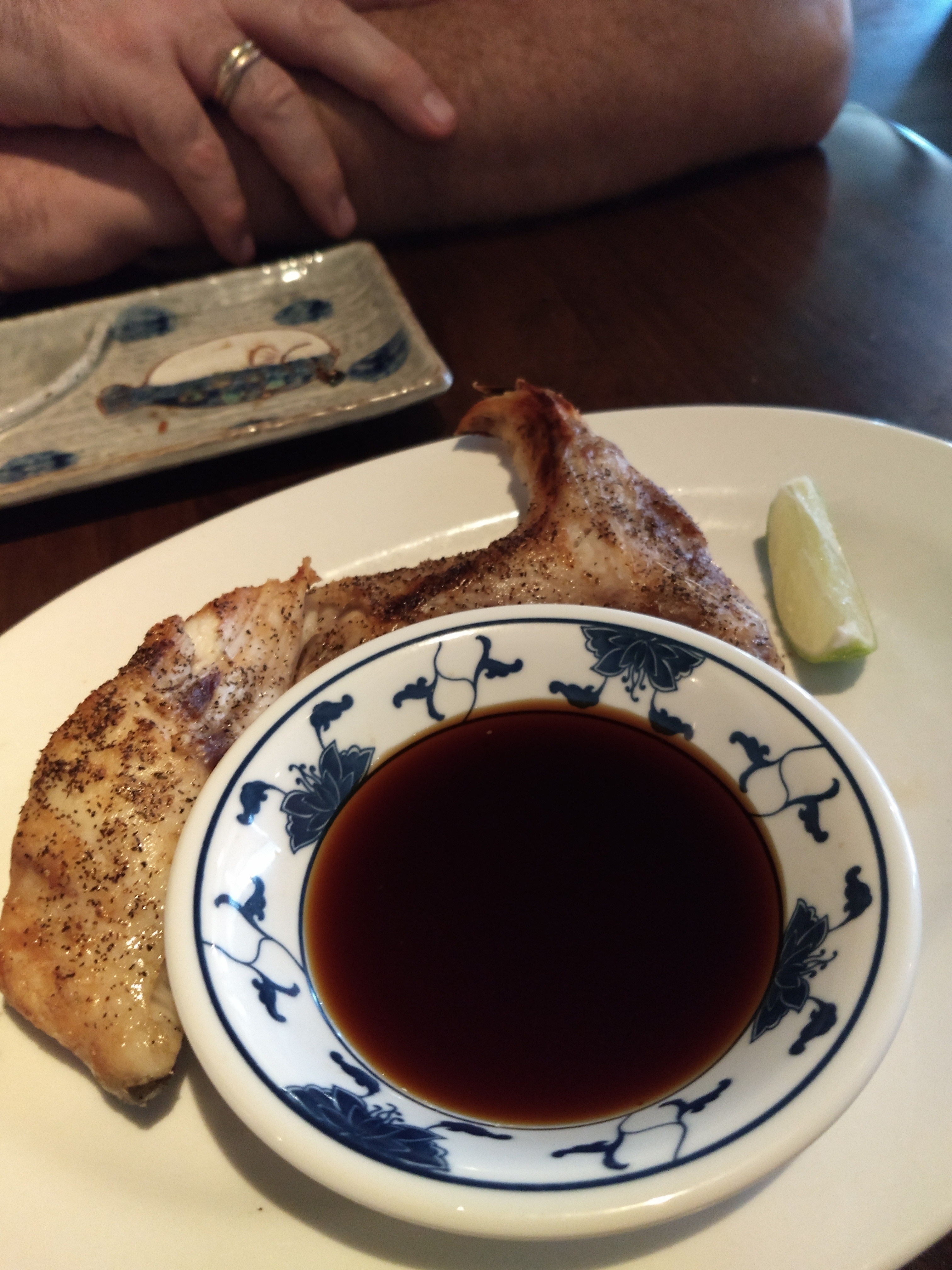 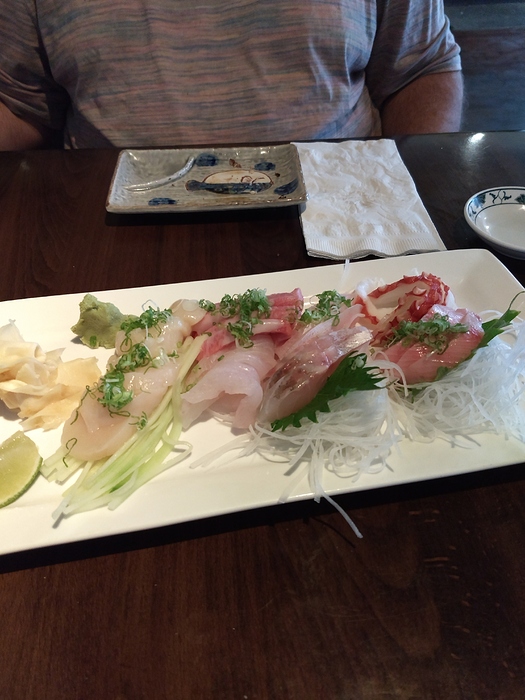 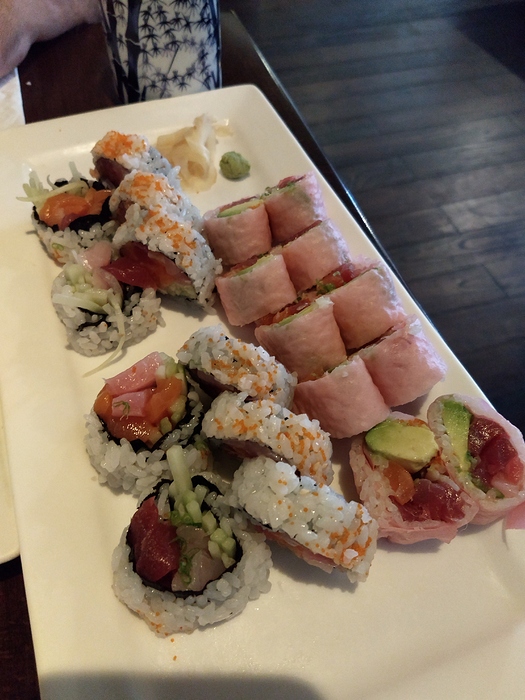 Do you remember the cost of the toro? Was it actually toro? Most places around here don’t have toro that I have seen. I think people just don’t want to pay 8 dollars a bite lol.

I’ve gotten toro at Ichiban (Ocean) a few times, it’s always been real toro as far as I can tell. It’s usually not available all the time but appears on and off as a special. I think the places that do high volume can afford to do special items like this on occasion but that 8$ price is indeed a bit steep. I haven’t ordered toro at a place in NJ in a while, I just do a trip to mitsuwa every now and then and get to absolutely gorge on the stuff.

I’ve on been there a few times…pretty cool spot. That’s great they get some toro. I love that buttery stuff.

Shayna, do you ever go to yumi?

To the best of my taste buds it was toro. Don’t remember the price because we ordered many different types of sashimi.

We went to Yumi several times years ago (pre-Sandy). We always enjoyed the food but felt it was expensive. The sushi pieces were cut smaller than other sushi joints. The turnoff was that we always smelled like grease when we got home. Didn’t smell grease while we were there.

So happy that we discovered Kissui!

I have not been to Yumi. I just checked out the menu on yelp . I think their prices appear to be on the high side. I also have this thing about sushi joints that use “krab stixx” instead of real crab. It also appeared that Yumi turns a lot of their sushi into spicy tuna rolls. It is just a quirk of mine. I always wonder if the fish used on the spicy rolls is as fresh as sushi or sashimi used without the disguising flavor of the spicy mayo (which I personally can’t stand the taste of).

Yeah they are on the pricey side. The food is good but you have to pay for it.

Do any places around here use actual crab meat? (I’m not taking about soft shell roll variations, just regular meat inside a roll.)