It’s worth making a note of the decor: it is a huge improvement from all the previous tenants. Flowers and plants are everywhere, and while they clearly did not have much of a budget, they’ve transformed what has historically been a sterile restaurant space into something charming and homey.

Both Thai and Western breakfasts are available, in fact the brekkie menu is mostly Western: omelets and Benedicts and French toast and such. The Western stuff is similar to what you might find in an upmarket brunch spot; e.g., their sides of bacon are tarted up with maple syrup. The Thai brekkie item I like the most is a congee; there is also a fried rice w/ egg dish and a pork skewers dish, among other dishes I’ve not yet tries.

Regretfully, my discriminatory skills tend not to be refined enough to describe the food with great specificity, especially compared to other Onions (what is the demonym here? Onionites? Onionistas?), so I’ll pass that over in favor of a ton of photos. 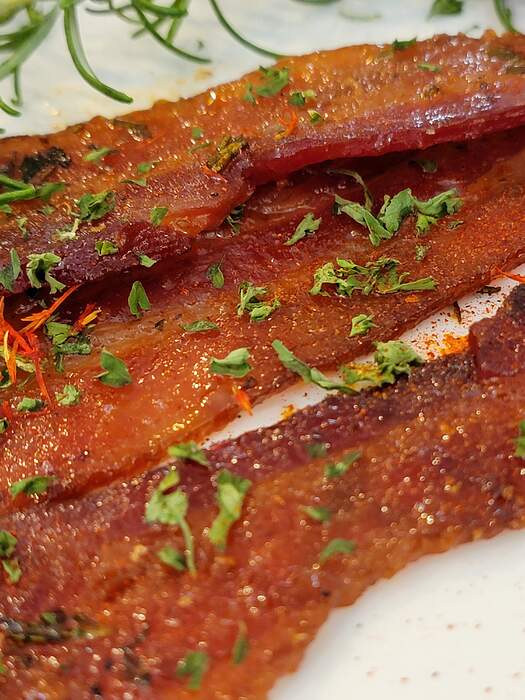 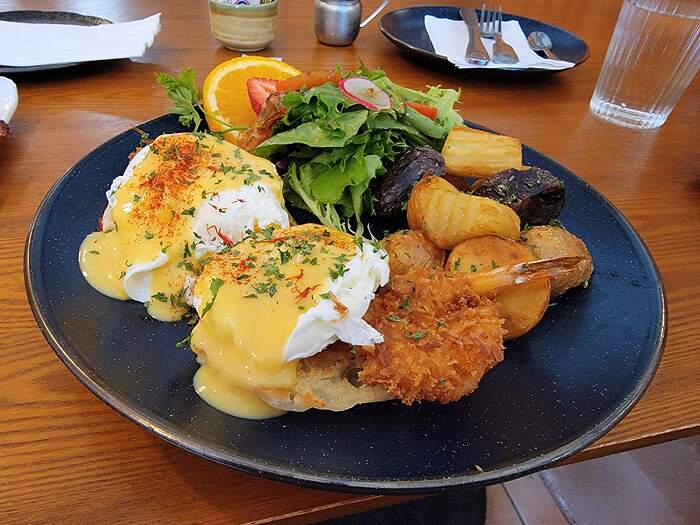 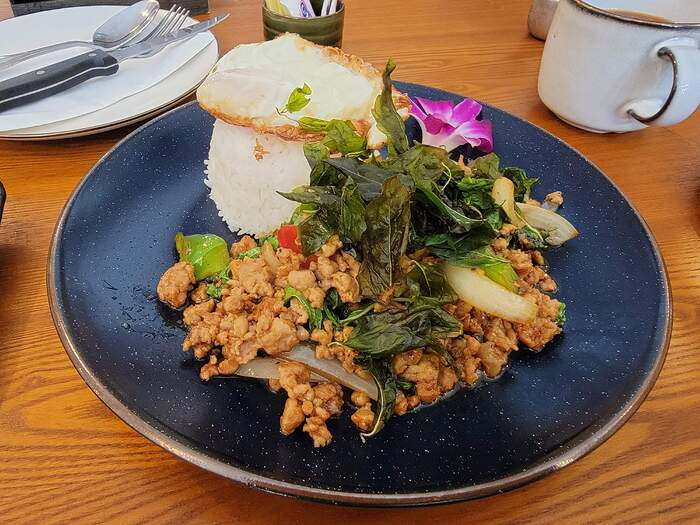 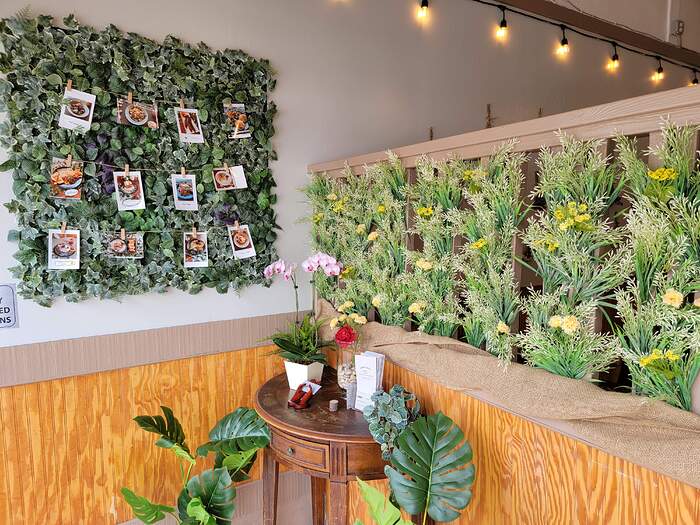 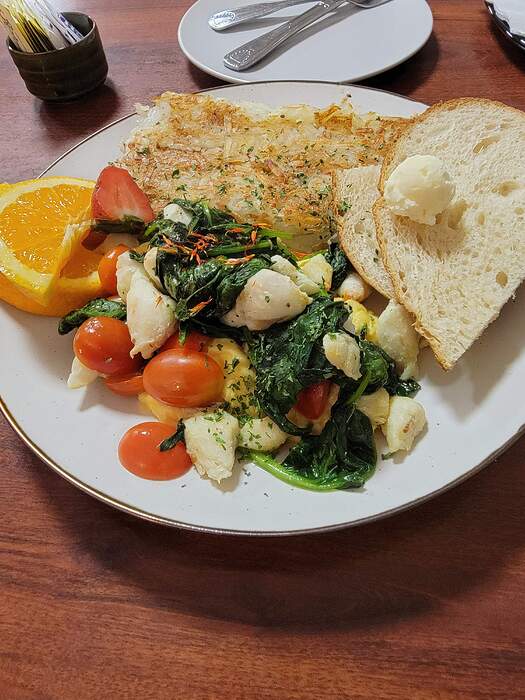 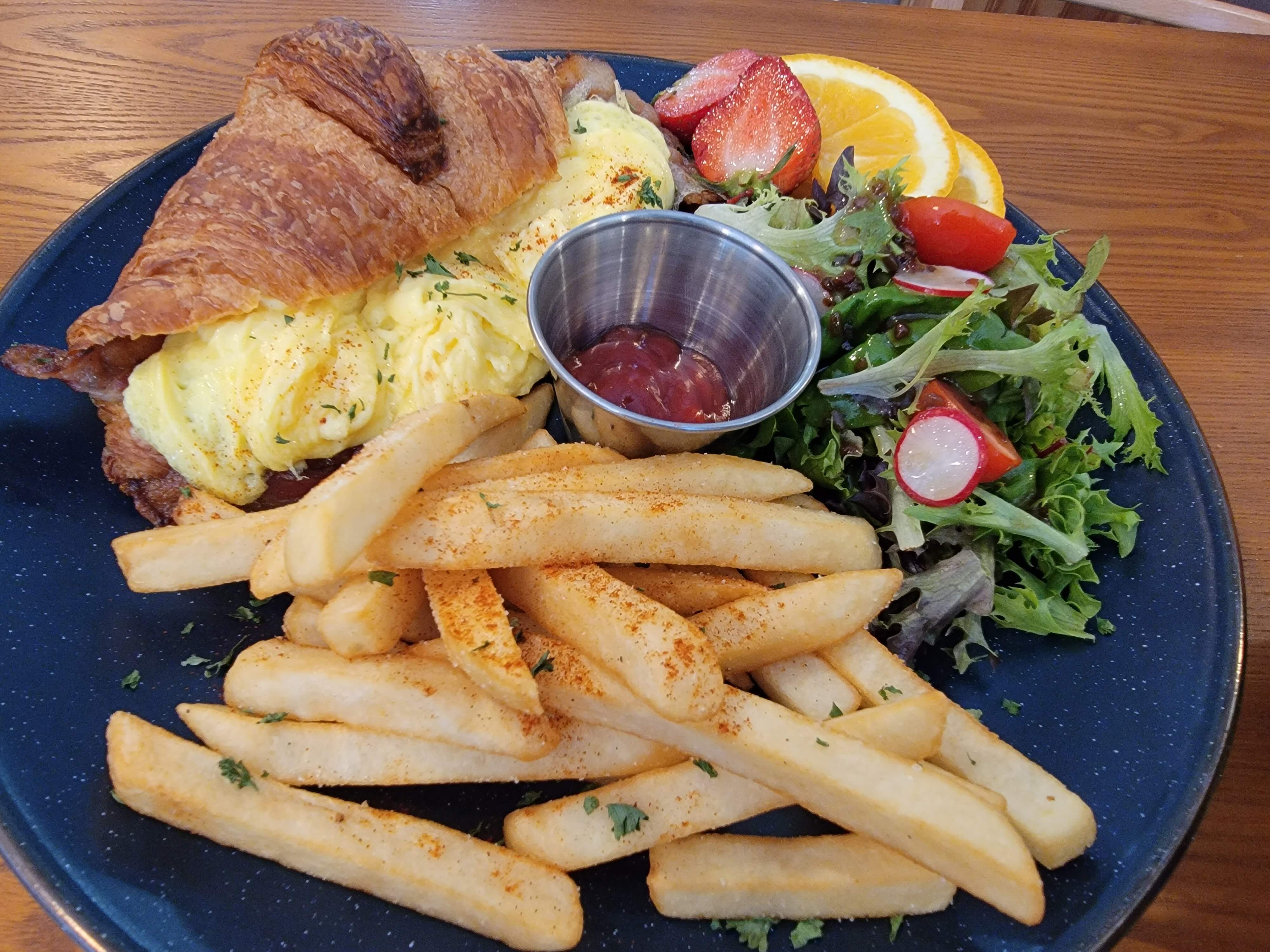 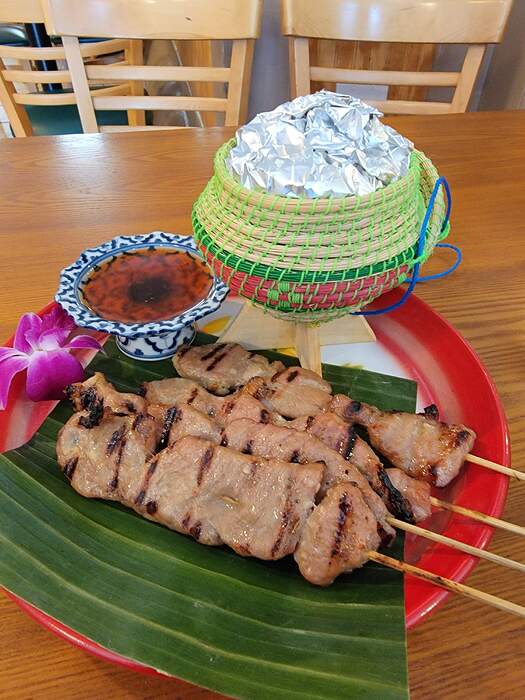 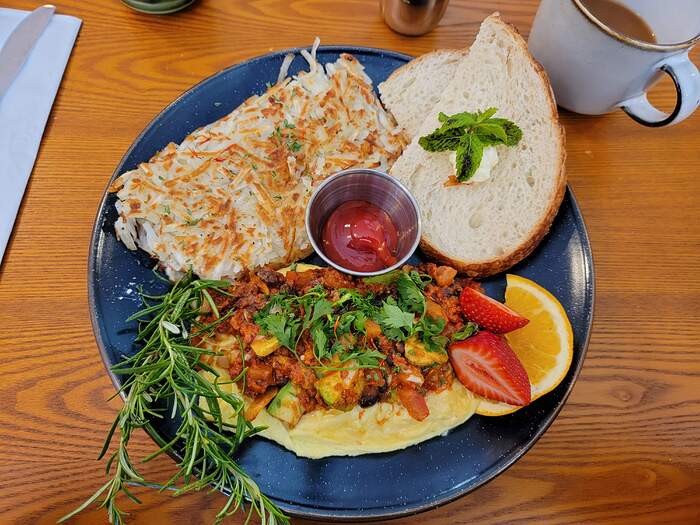 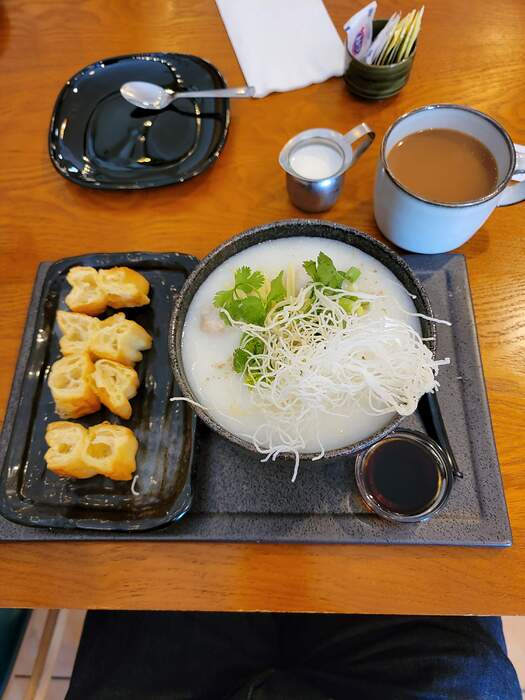 Bonus photo: they also do desserts here. I’ve only had one so far, a mango sticky rice, but there are like five or six sweets on the menu, mostly Thai classics like fried banana. 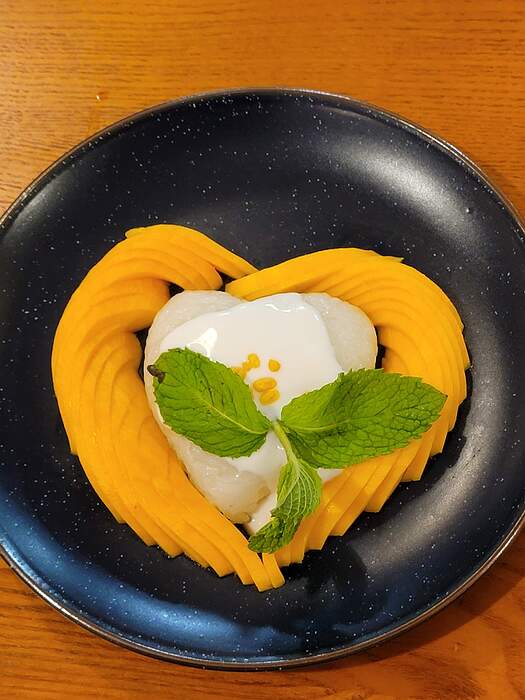 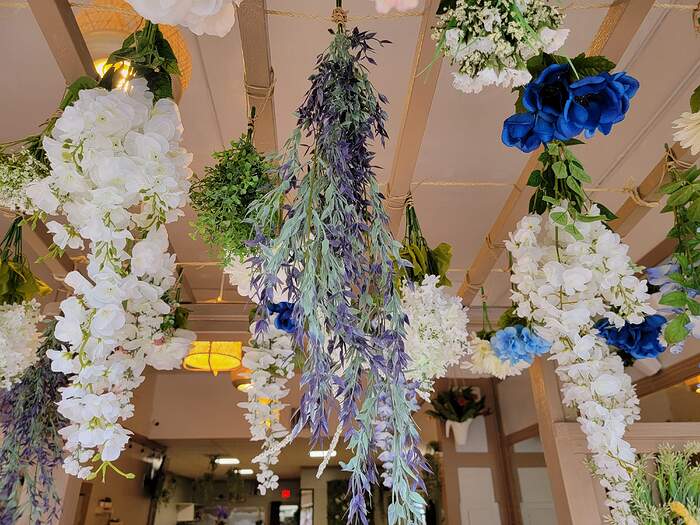 Love the way they arranged the mango and sticky rice!

I was looking up the Thai side of the breakfast menu. Looks like you already had the chicken congee, pork skewer.

Was this the spicy basil dish or something else? 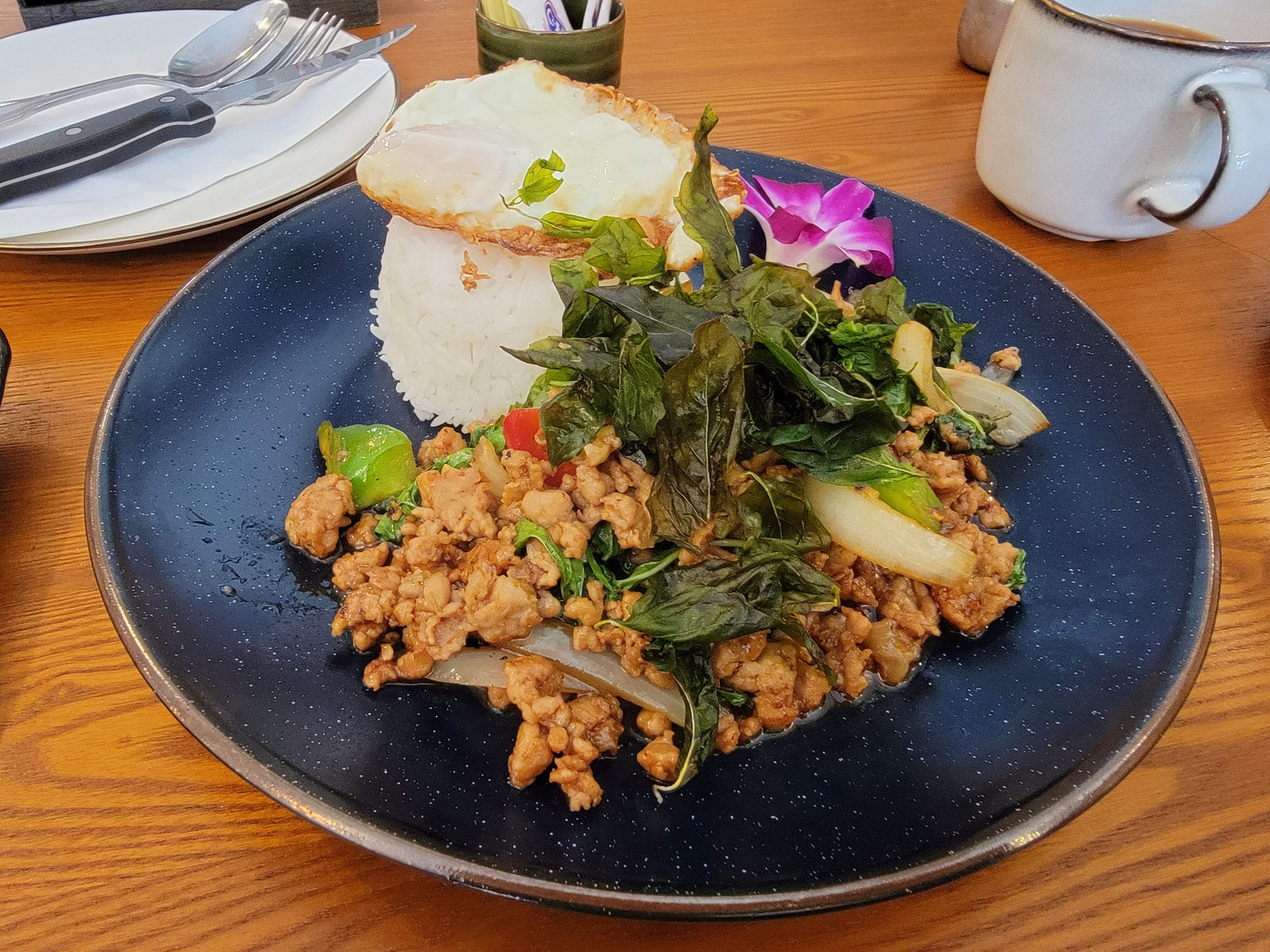 What is an American fried rice, do you happen to know?

Yes, that is correct. I do not, but I will get it next time.

I must say their breakfast menu was definitely more interesting than their lunch menu.

Beef noodle soup: pretty decent. Broth had that homemade taste to it. 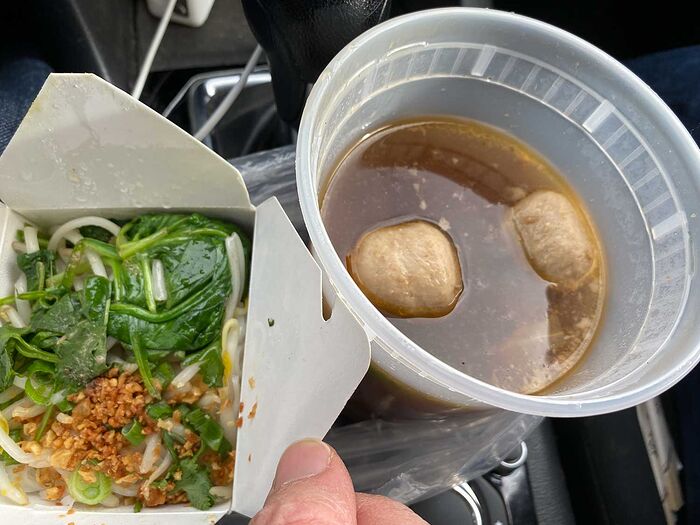 Tom yum soup was quite a bit different from the other tom yum I’ve had over the years. This one tasted like one made by a Thai mom at home. Mild and fragrant. My favorite dish of the meal. 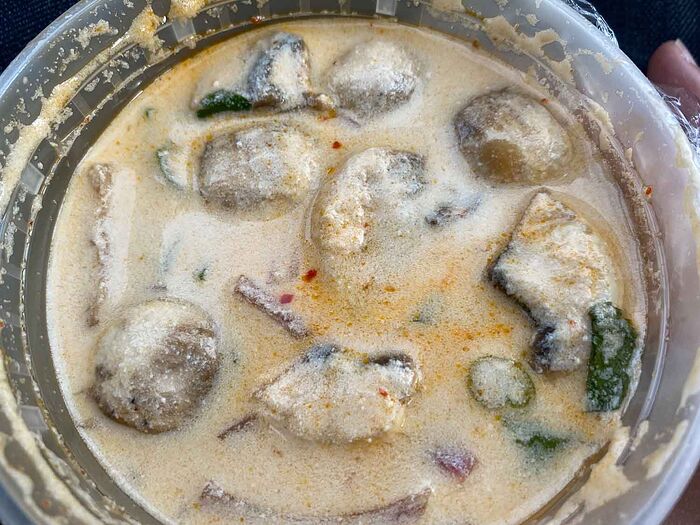 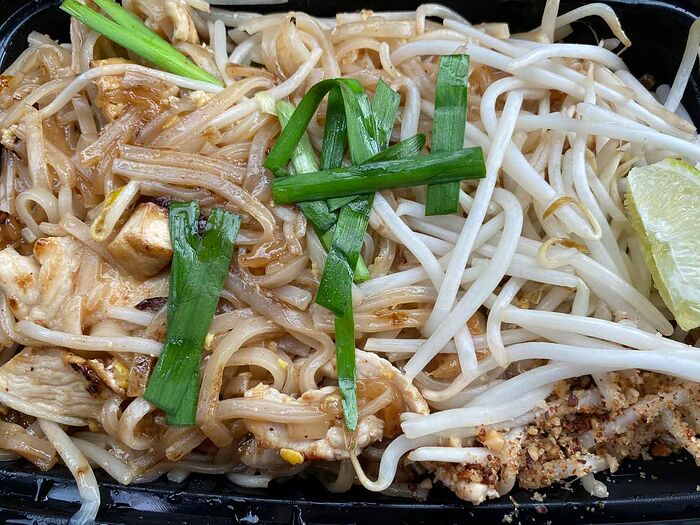 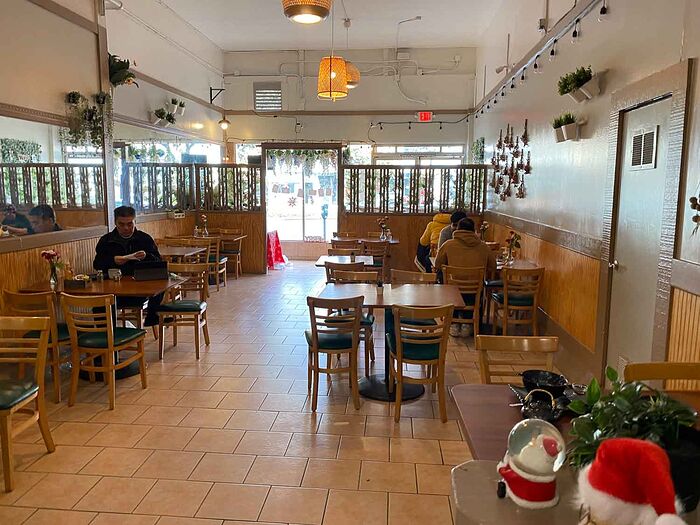