Kantine, a Scandanavian restaurant serving breakfast and lunch, recently opened on Market, next to the Orbit Room. Chef Nichole Accettola was recently named one of the SF Chronicle’s 2018 rising star chefs. 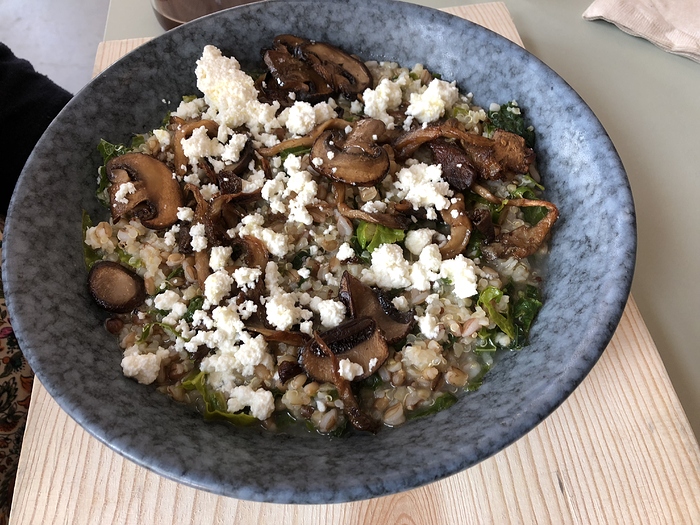 Lunch, served 9am-3pm, has the widest spread of food, but the breakfast served 7:30 - 9am had plenty of good stuff to chose from. Savory mushroom porridge was as described, and included kale, a soft fresh cheese, and a few types of mushrooms, some sautéed to a pleasant leatheriness, and a mix of whole grains of quinoa, rye, and buckwheat. The savory porridge is more soupy than a mucilaginous oatmeal or rice-based congee, and is filling without feeling heavy. 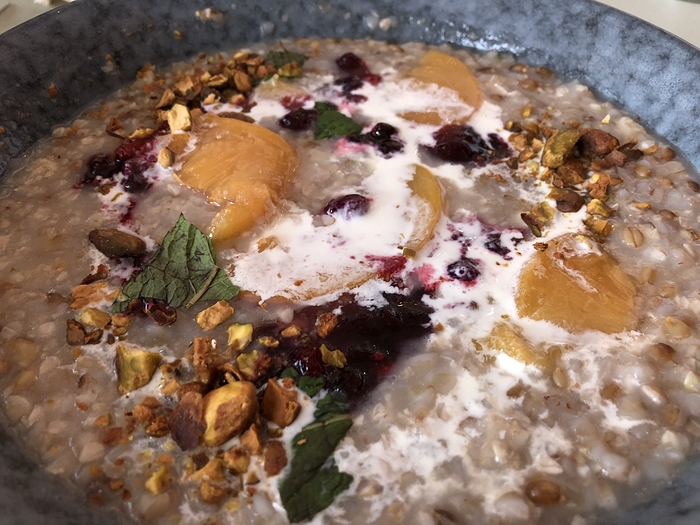 The sweet porridge, today made with peak quality peaches and pistachios, was lightly fruity and had a thicker, but still whole-grained, base. 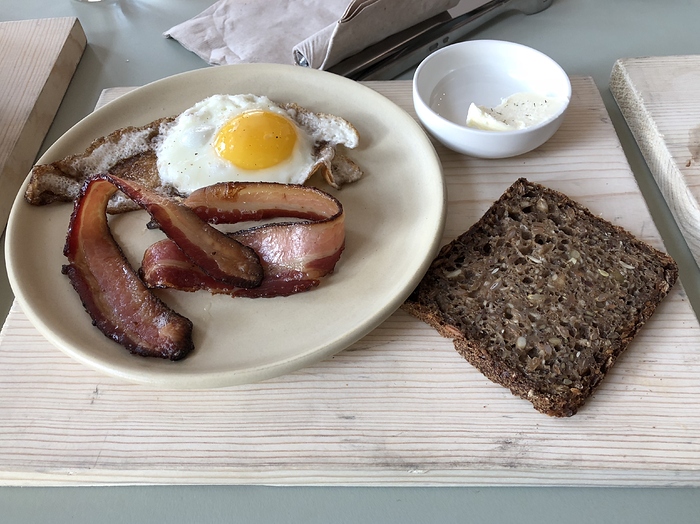 I also had a basic breakfast of a fried egg, bacon, and a slice of Danish rye with butter. As perfect a fried egg as I could want, lots of gold on the bottom, and great bacon— it looked like American bacon, but the taste was closer to Canadian bacon. Bread is awesome, but I knew that already— I’ve been buying it at Rainbow & Gus’s since last year. Blindfolded I doubt I could tell a difference between their and Tartine’s Danish rye. More so than, say, the Trader Joe’s “European style whole grain rye” the crumb of Kantine’s bread has that same kind of plasticy webby sheen you see in injera or high hydration bread doughs (e.g. no knead breads, Tartine’s bread).

At the front of the store you can buy 17 oz. loaves of their bread for $6.75, which is a few dollars cheaper than some stores IIRC.