I have been looking forward to trying Just GRK on the south side of I-10 between Wilcrest and Kirkwood since reading Alison Cook’s review, and noticing that they were running out of food in the days that followed the review.

When I stopped in for take-out, I ordered the same as she did: the grilled chicken souvlaki stuffed in a pita with onion, tomato, and tzatzaki and plain fries, both on the sandwich and on the side. They were both in a box and I ordered a side Greek Salad. The dining room isn’t as small as I imagined, with 7 tables, 3 of which seat 7 people each.

) The fries are not the crispy kind. It all needed more seasoning IMO. The salad was large for $3.50 though it tumped over in the bag and leaked its olive oil out.

Most people on Yelp seem to order the pork pita, so maybe I’ll try that next. They have pork, chicken and beef tenderloin (medium rare), as wll as a burger wrap. On this day they had lamb “for a limited time only.” 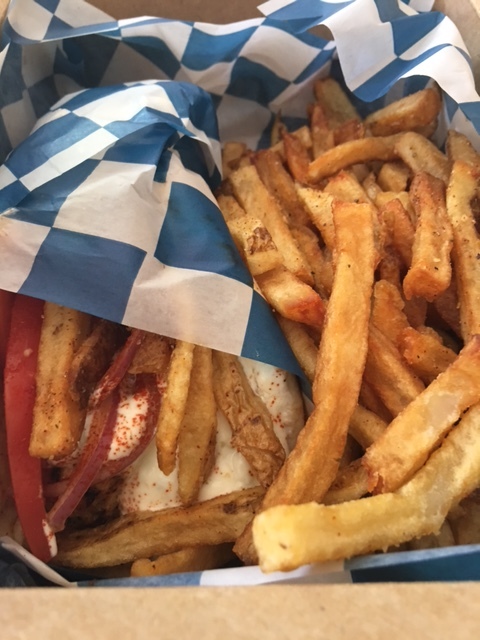 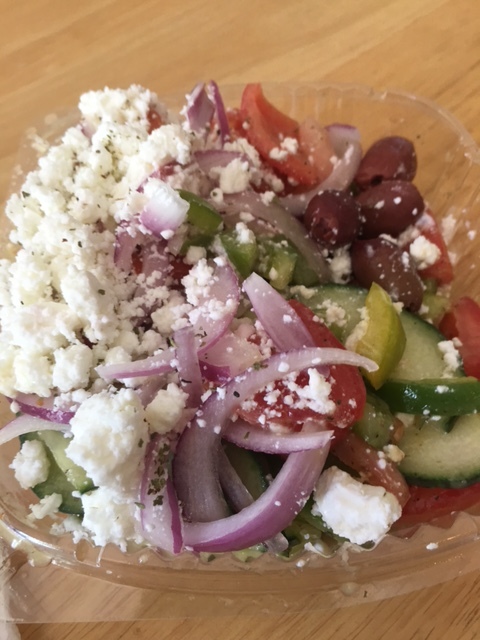