The following is an edited version of my own recent post on the FTC board:

Yes, another Sacramento place that no one but a local might go, but still, we are the Capitol, so it’s not inconceivable that someone might be up this way for some reason an want something tasty.

Sacramento is not L.A. and isn’t even S.F. (S.F. is barely S.F. anymore). You will not be finding Mori-level omakase here. The closest you’ll get is a place called KRU, which serves EXCELLENT fish, well, prepared, and has the atmosphere and cocktail bar to kick the experience up a notch.

Here at Ju Hachi, though, it’s just a sushi bar, man. But you should sit at that bar and say hello to the friendly sushi-ya behind the counter. Ask him what’s good. He will tell you. One night, it was really fresh scallops and red snapper and Urchin.

Tonight, it was Ocean Trout: 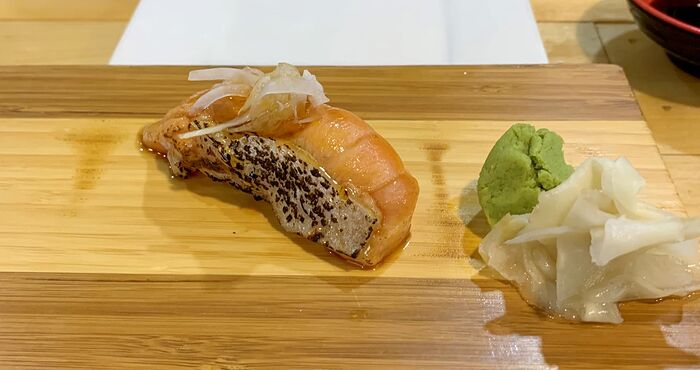 image1920×1015 122 KB
The seared skin added just the right hint of smokiness along with a very light ponzu. firm and buttery. Yum. 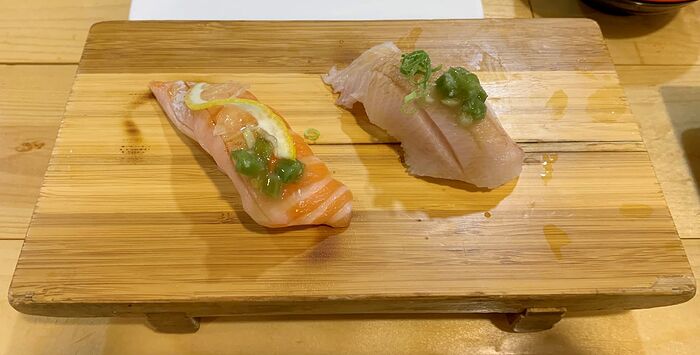 The fattier bits from the fish. All creamy and absolutely melt-in-your-mouth

Capitol roll (usual fish assortment and sauces all on a shrimp tempura roll.

(I will be the first to admit that most of the rolls are the sushi equivalent of a 6 piece chicken nugget with your favorite sauce combo. Perfectly edible and reasonable for what you’re getting, but not exactly full of subtlety)

And finally, Monk Fish Liver, like my mother’s best chopped liver but a hint of ocean: 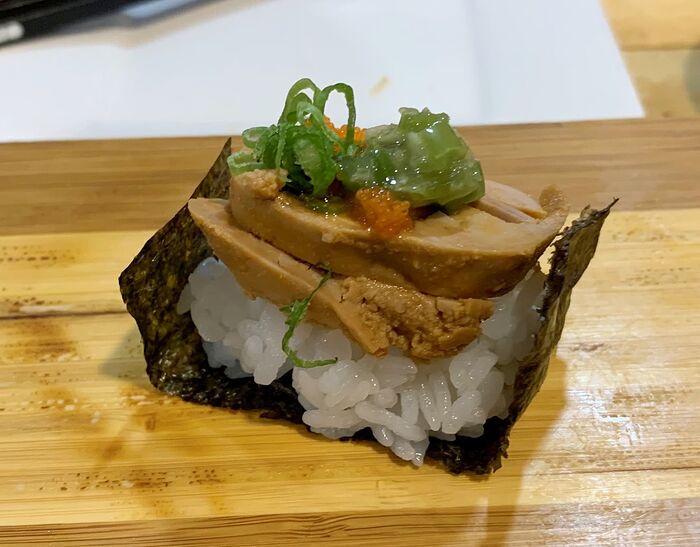 100% delcious, less than $50 before tax and tip. If you’re in town, you do a lot worse than some thoughtfully prepared slabs of le poisson at prices that won’t absolutely wreck your per diem.

This place has the added benefit that’s it’s walking distance from The Dreamland Cinema , a new theater here in town that is, no exaggeration, a 25 seat repertory movie theater in someone’s basement. Much like the old Cinefamily, a former LA institution that attracted amazing independent cinema but got MeToo’d out of existence by a frat-house of a back office that killed that organization. Fortunately, this theater is run by two women, one of whom is an experienced festival curator from Austin, and they seem just fabulous. Saw Fantastic Planet immediately following this meal. September will feature (among others) The Man Who Fell to Earth (starring David Bowie) and Irma Vep. 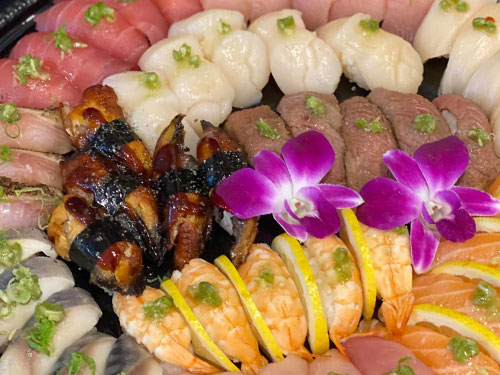 Party Platter Available We have sushi platters made to order for all your holiday gatherings or parties!! Call us for more details Contact Us Welcome to Juhachi Restaurant Juhachi is a japanese cuisine restaurant located in 1730 S St, Sacramento,...