I never got to sample his product. I think Doobie was a fan and went to a couple of pop-ups he had here in Houston.

He sent a bunch of sausage to a fundraiser we had in Galveston once, and I later met him at a bbq at the Cottonwood. A generous and genuinely nice guy. It’s well documented - by Texas Monthly mainly, that he had struggles. I was sorry to hear he does so young.

I didn’t remember that detail.

He did two charity pop-ups at Cottonwood. I worked the first but realized I was mostly in the way, so just “donated” the cost of two beef ribs and a pound of brisket at the second event. (I went with @Jaymes.)

I also ate at a couple of different spots he had in Austin back in the day, (S. 1st and Eastside).

He was almost certainly an alcoholic and mentioned Type II Diabetes earlier this year. Someone on my Longhorn forum posted a couple of recent photos and he looked really frail.

So “Yes”, he had his demons, and he liked to be thought of as “irascible”, but he had a big heart and if you caught him on a good day, he might let you see it.

If we both wind up in Heaven, I’ll be eating one of his beef ribs every Saturday for eternity.

If we both end up in Hell, I’ll be damned to smelling them, but never getting a taste.

Gosh, sad. Seemed like a fellow who should have had everything going for him. Died too young.

I hit him up in 2012 during an Austin trip, his beef ribs and sausages were incredible.

He did two charity pop-ups at Cottonwood.

I was at one of those as well. Here’s a couple of photos from Q For A Cause on October 25, 2014 at Cottonwood. My friend Neil “Bigmista” Strawder had flown in from CA to help John. I had the Fred Flintstone rib after standing in that line. 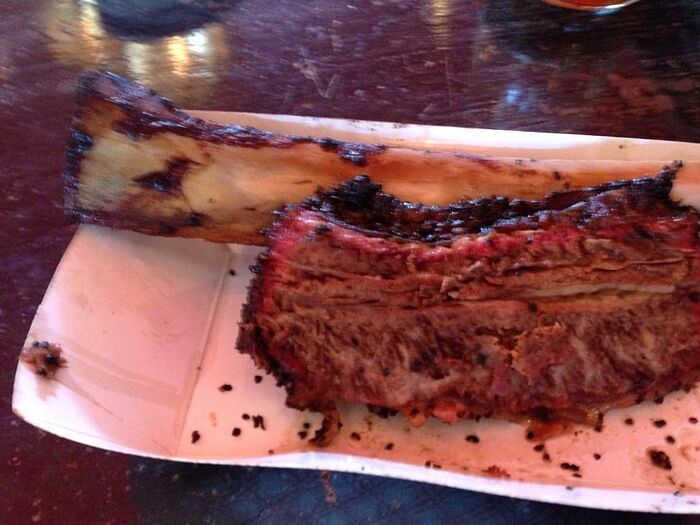 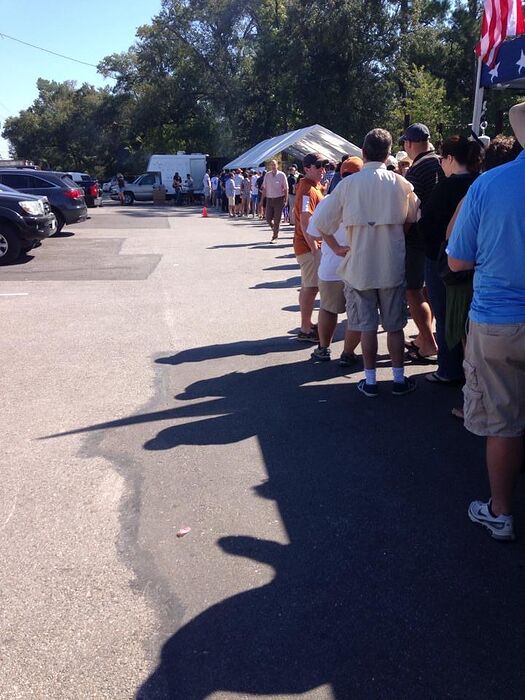