The mixture of Jiangnan (broader region encompassing Shanghai) and Hunan items on the menu at Fremont’s Jiangnan Delight intrigued me enough to stop in for a small meal— I can’t think of another local restaurant with the same juxtaposition.

As the name implies, one of the chefs is from Jiangnan (specifically in Zhejiang province, she may be from Ningbo but the server wasn’t sure). They also employ a Hunan chef. 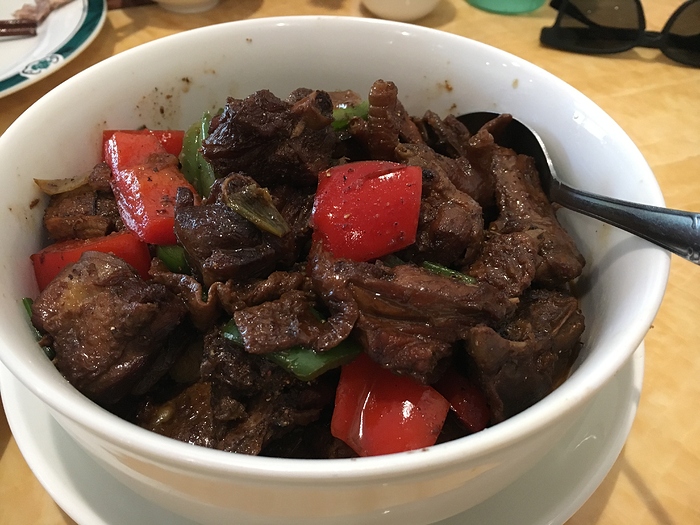 The “Special Braised Caged Free Chicken” was quite good and homey. The brownish braising liquid had a hint of star anise and strong taste of bell pepper. It was more chickeny and savory than a jet black, rice wine and soy “red braising” liquid. Lots of gelatin— the comb and chicken feet were in the mix.

Broad beans (fava bean) in oil were listed under “Original Country Style Dishes”, mainly Hunan dishes. The preparation was garlicky. I was surprised to be served fava beans unskinned, but it seemed they had been cooked long enough to turn the beans creamy and the skins soft enough to eat. Has anyone has a similar preparation before? I wasn’t keen on the texture— I prefer the fava bean dishes in Fuchsia Dunlop books, all of which cook the beans tender crisp.

Is this the main section on the menu with the Jiangnan dishes? 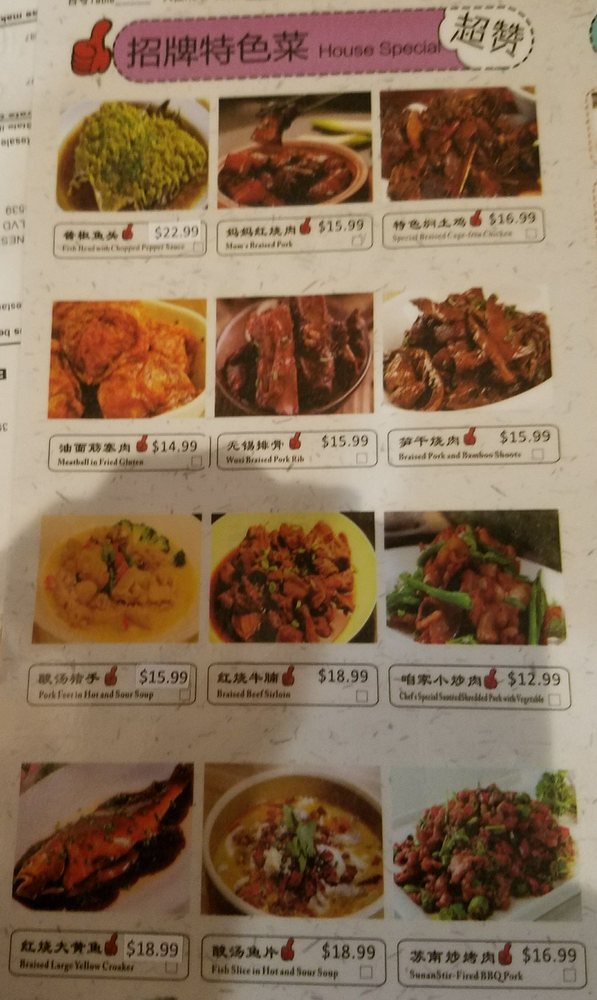 How big were the beans?

Yes, but there are Jiangnan dishes such as Nanjing salted duck in places like appetizers etc.

The beans were about 1 inch long, not the young ones I’d eat skins of fresh. IIRC frozen ones tend to be that size.