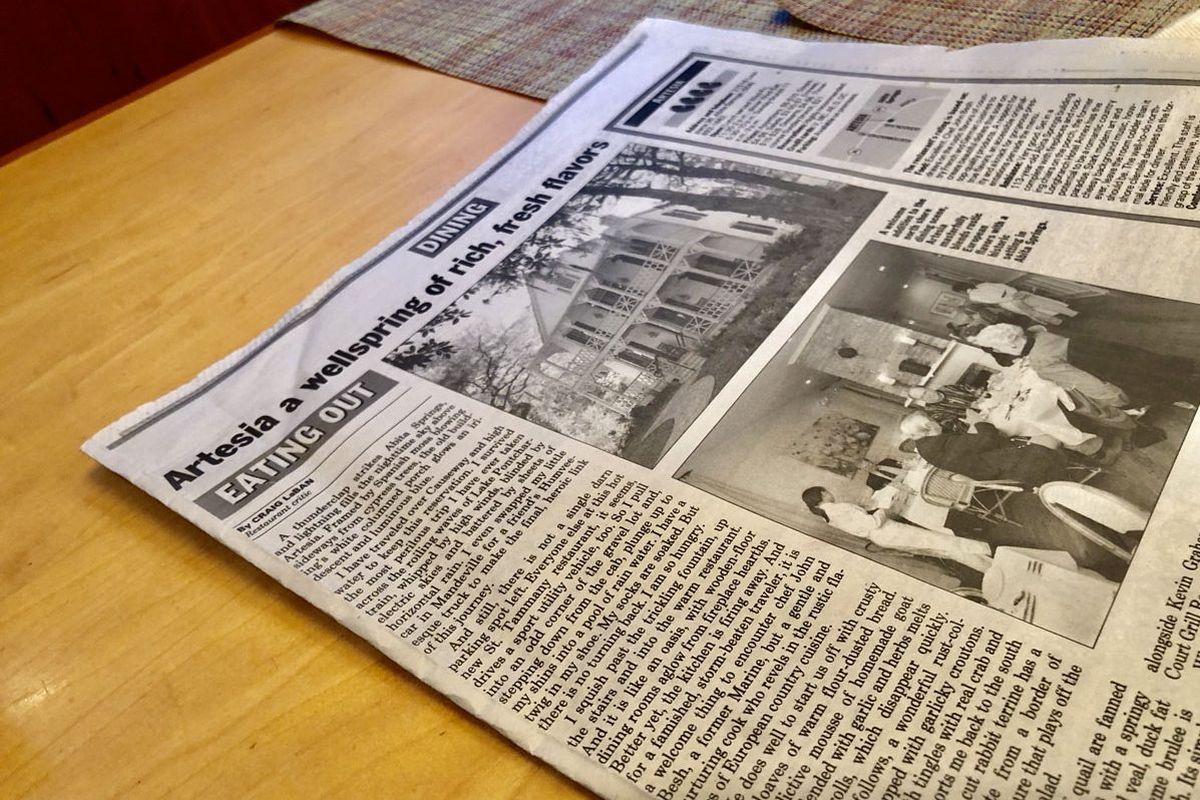 I'm troubled by the notion of restaurant critics judging a restaurant or chef on anything other than the dining experience itself.

An interesting read by Philadelphia’s food critic regarding what is the critic’s role and responsibility in evaluating chefs’ behavior. Apparently the James Beard Foundation has requested its members take a chef’s character/conduct into account. However, as LaBan points out, 20 years ago he had no way of knowing about John Besh–it took a two month journalistic effort to expose Besh (a very different task than writing a weekly dining review).

Of course, if a food critic knows about a situation involving a chef, then yes, I think they should not promote that chef and his/her food.

I’m torn. My father was physically abusive and I only saw him twice between the time I turned 18 and the day he died some 30 years later. And I don’t regret it at all.

But for most petty crimes, I would say a chef’s peccadilloes are none of my business. If the food’s good, I’m there. John Mueller of the Mueller BBQ Dynasty here in Texas lost his Austin trailer for failure to pay sales taxes to the city. Moreover, his investors lost their money. But the next time I’m in Georgetown, I’m at his new place for a beef rib, I can promise you that.

Physical abuse is probably across the line for me, even after it’s been adjudicated and the perp has received the counseling and therapy so desperately evidenced. But, I wouldn’t obsess over it and if an out of town client wanted to go there, I’d do it.

For now, I can’t imagine going there of my own volition. If he can stay clean and stick to the straight and narrow, who knows?

However I can’t see how driving an unquestionably talented chef out of business is good for anyone. If he’s bankrupted by a negative PR campaign, will he learn his lesson and be less likely to abuse drugs and lovers in the future?

(If you think so, you don’t know how drug abuse and poverty work!)

Agreed, there are peccadilloes, “victimless” crimes and serious offenses. That’s where I agree with LaBan’s approach to note concerns such as wage issues, fake farm-to-table assertions or previous mob ties and then leaving it up to diners to decide if these issues would diminish their enjoyment of the food,

if a food critic knows about a situation

However I can’t see how driving an unquestionably talented chef out of business is good for anyone. If he’s bankrupted by a negative PR campaign, will he learn his lesson and be less likely to abuse drugs and lovers in the future?