Can anyone explain to me the difference(s) between Italian Bread and French Bread?

You probably need to be more specific.

Both countries have a variety of breads, of course. Like any bread, there are similarities between them - flour, yeast, water, etc. Within that, I’d be interested to know if Corsica and Sardinia mirror their respective mainlands or if they have breads peculiar to the islands.

It might also be interesting to discuss the breads of Portugal and Spain, so we can consider pretty much all the European Latin influences.

At that level (French versus Italian) no difference. That said a specific bakery may make an arbitrary difference between the two (crust thickness or shape) but those difference won’t hold true for another bakery.

There are of course difference between specific breads within and between each category. The French baguette isn’t that same as ciabatta. A brioche isn’t the same as panettone. Etc etc.

Both Italy and France are countries that specialize in bread making and although there are many similarities, there are many differences between the two.

The French baguette isn’t that same as ciabatta

I suppose there are similarities in texture and, in comparing, it’s important to bear in mind that ciabatta is not a traditional Italian bread, dating only to the 1970s

True - I guess my point was that both countries have lean doughs, rich doughs, various shapes, various crust types, use various flours … so for any example in one country, you’d have to struggle not to find a comparable in the other.

From the link above:

"Although there are vast differences, classic French and Italian breads are, for the most part, made with the same ingredients in a similar fashion. However, one major difference in ingredients is that bread making in France is more tightly controlled than in Italy. By law in France, bread cannot have added oil or fat. French baguettes, for instance, must be made from water, flour, yeast and salt, with a very little amounts of dough improver allowed.

Italian bread often contains a little bit more milk, olive oil, and sometimes sugar in its contents. Thus, Italians seem to be working with wetter dough as their base than the French."

so for any example in one country, you’d have to struggle not to find a comparable in the other.

I’ve recently been in Spain. The small craft bakeries tend to sell two types of bread. One is a big round loaf, made without salt. The other is the local version of the baguette - called a “barra”. It’s one of those words I’ve learned without knowing what language I’m speaking - could be Castilian, could be the local dialect of Catalan. But, whichever, it seems pretty much like a French baguette as far as I can tell. Nor real surprises there - baguettes in the UK seem pretty much the same as a French baguette.

What you don’t see outside of France is the ficelle - the thin version of the baguette. Not to be confused with a ficelle picarde which is a pancake rolled round a stuffing of, usually, ham and mushroom, with bechamel poured over and baked. One of my favourite starters/snacks when I’m in the Picardy area.

Great replies here! Thank you all.

My original question was submitted because the Italian Bakery we’ve frequented for decades began selling a French Bread, in addition to its normal availability of the Italian loaves. We just ran through a loaf of the bakery’s French bread, and I saw and tasted no difference from the Italian we’ve been eating for years…

Growing up, my dad would bring home French Bread from a different bakery, and I grew to love it for its texture, density and the jaw-exercising chewiness of the crust. I guess those are bench marks I look for in “French” bread.

I love how this topic has “bloomed”.

Here in Boston, a bread bakery called Iggy’s makes a fantastic ficelle (the thin version of the baguette) in plain, and sesame coated. It’s great.

I recall seeing ficelle at Au Bon Pain - or perhaps Panera, but if I had to guess, I’d say the former.

There might be something called “French bread” in France, but in Italy the type of bread you get in Tuscany is really wildly different from any bread you would eat in Puglia or the Trentino or Liguria or Sardinia, etc etc, covering all 20 regions of Italy. Tuscan bread famously has no salt, for instance, whereas the bread I eat in Liguria is incredibly salty, and in no way resembles, even visually, the bread of most of Tuscany (which shares a border with Liguria). If I get a moment, I will put up pictures of local breads from different regions of Italy.

My recollection of what got sold as “Italian” bread in America was a dense semolina bread if it was a log, and there was a fluffier round white loaf with loads of sesame seeds on top.

I really doubt that any bread made in Italy is made with the same precision as most French bread. For one thing, Italians (even professional town bakeries) rarely have as much control over their humidity and oven temps as French bakers do.

Here is coppie ferrarese, the bread of Ferrara in Emilia Romagna 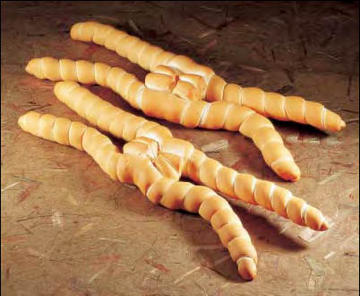 This is pane pugliese from Puglia 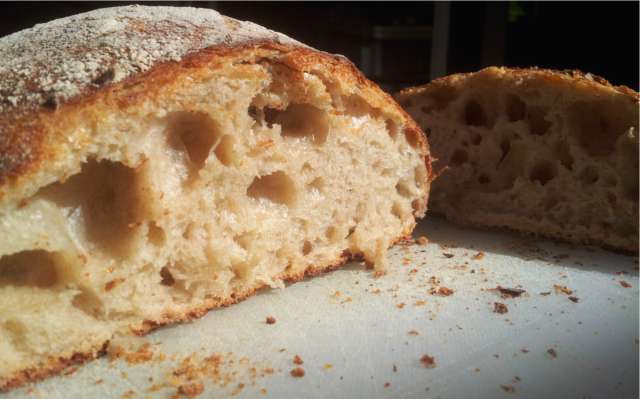 My local foccacia, often called fugassa, which is practically flat 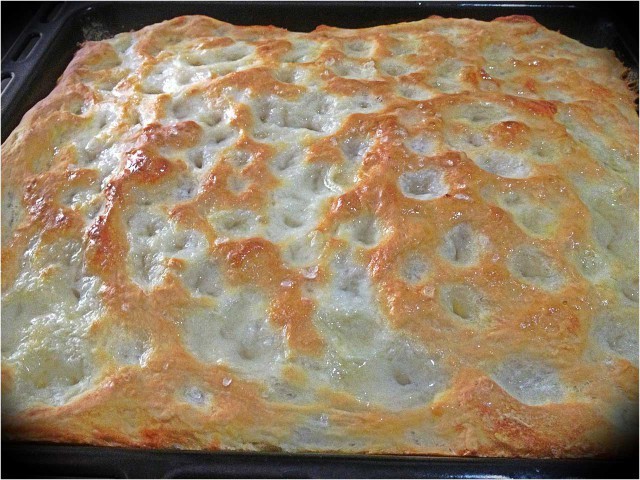 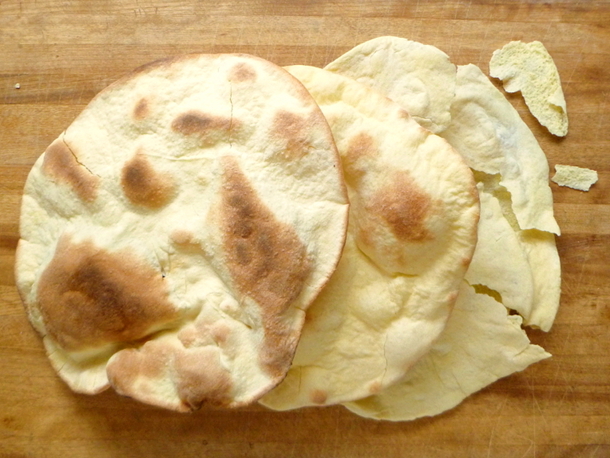 I think of pane di semola as typical of Roman restaurants, but I actually don’t know where it is from 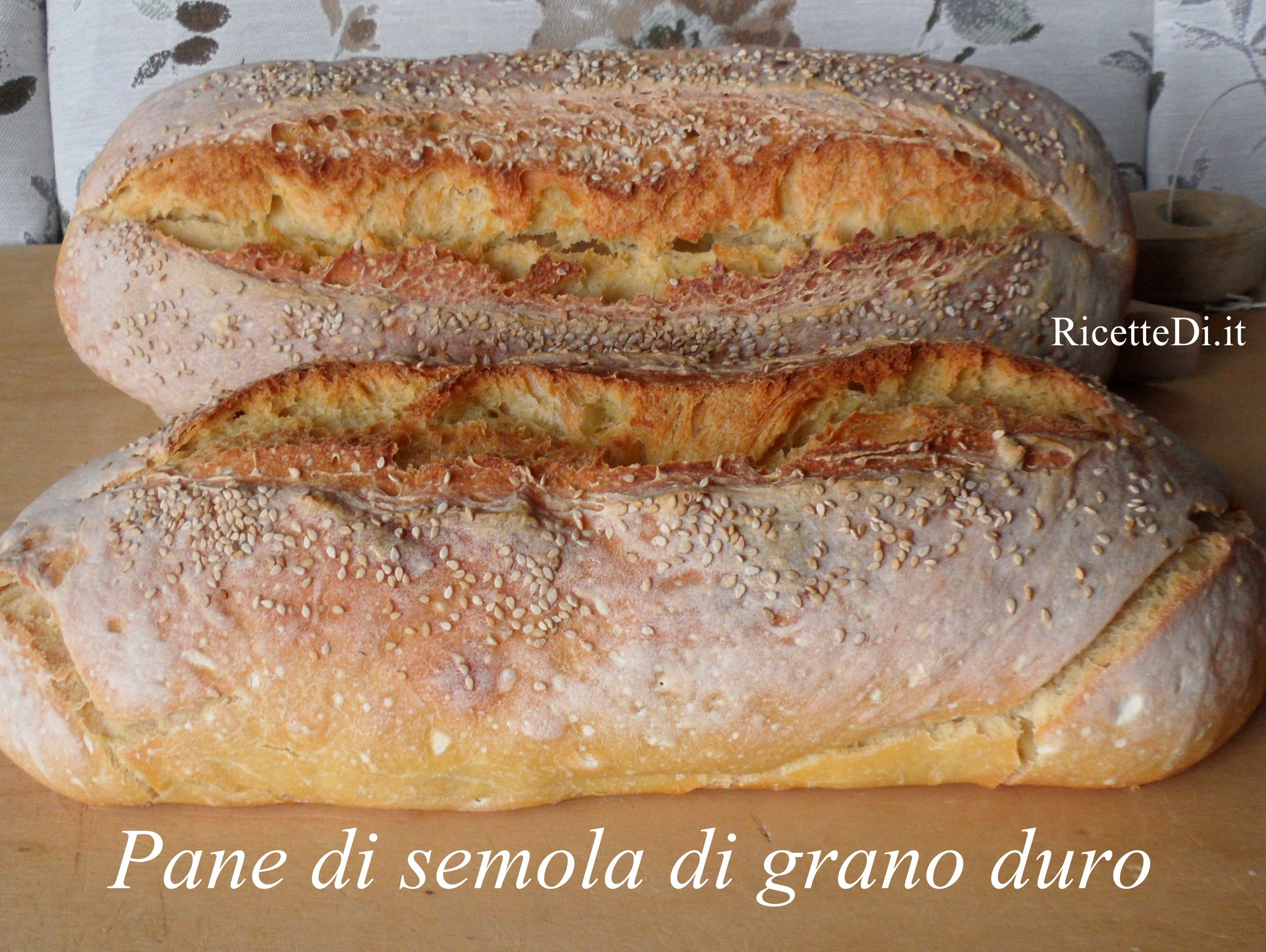 I could go on and on like that for all the regions. In the north, near Austria, it is very typical to find black or brown breads. There is a fabulous winter bread in the valle d’Aosta called “pane ner” that is made in huge loaves to last the whole winter, and then hung from the ceiling to keep rodents from getting at it. This slices are sawn off each day with a long piece of tough string, often to make an amazing baked cheese and cabbage soup, which uses the dark dry bread for its bottom layer. 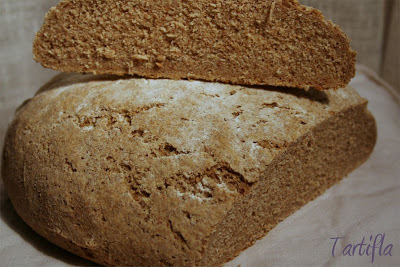 Holy T . I would love a pic of the Farinata from your region .

My local foccacia, often called fugassa, which is practically flat

I wonder how much influence on the fugassa comes from the French fougasse. Holy T . I would love a pic of the Farinata from your region .

Farinata, as you probably already know, is not considered a bread, since it is made with chickpea flour 99 percent of the time (the exception being around Savona, where it is made with flour). I have never eaten the French “socca” of the Cote d’Azur, but I gather it is close to identical to farinata. This is Ligurian farinata, best from a wood-burning oven: 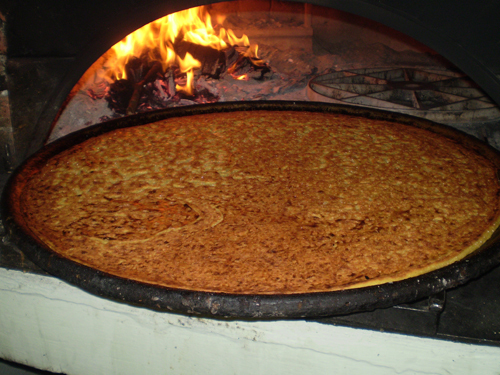 I wonder how much influence on the fugassa comes from the French fougasse.

Linguistically I have no idea, but surely the culinary influence goes the other way around – meaning, the French fougasse owes its origins to Italy. Everything as far as Nice (Nizza) was once ruled by Italians, and some would argue that Monaco still is as long as the Grimaldis are on the throne.

Earlier this year I was in the southern part of Liguria to visit Luni, where the Romans once established a large port colony to extract marble from the Carrara nearby. There are lots of ceramic cooking implements in the museum there, many of them very strongly resembling things still in use in Northern African kitchens. It wouldn’t surprise me if farinata and foccacia/fugassa were brought to Europe by Africans, but I don’t know. The French “pissaladiera” reminds me more of Middle eastern “pizza” than Italian pizza. 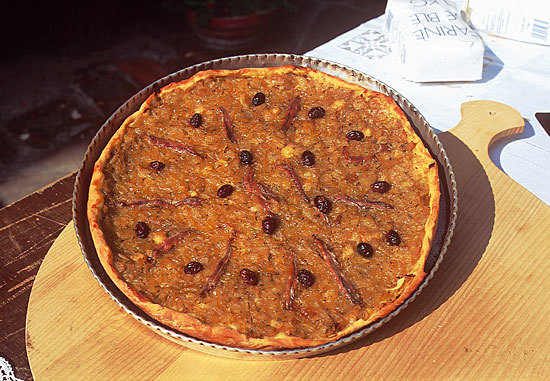 There are two other flat-baked dishes made with flour in the Ligurian region: a crepe-like pasta known as “testaroli”, commonly served with pesto. This comes from the Luni area, and strongly resembles the Ethiopian flat bread injera 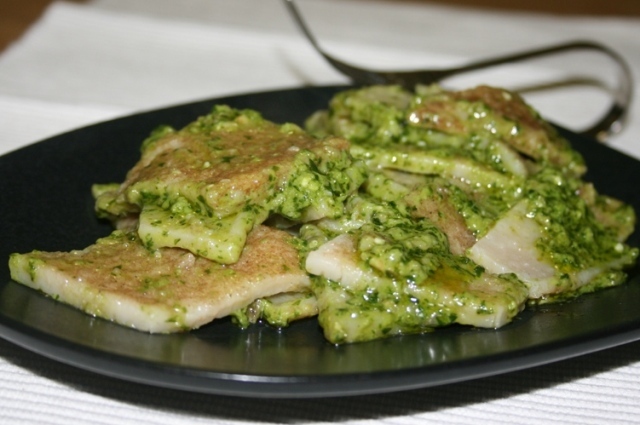 There is also the hyperlocal (to me) foccacia col formaggio, which is a flat pasta baked in 2 sheets with fresh cheese in between 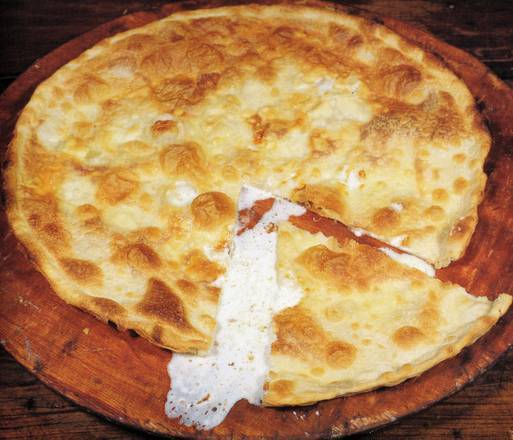 Ligurians are also fond of many vegetable pies that closely resemble Greek spanakopita, and may in fact directly descend from the era when Greeks attempted to colonize most of the Mediterranean coast, prior to the Roman attempting to do the same. It is the Greeks who planted the olive trees, as far west as Spain 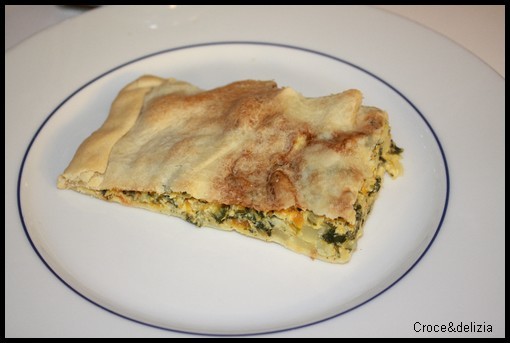 Although Ligurians eat pizza in the way the Texans or Oregonians eat bagels, true pizza is not common in the region, and much more farinata and foccacia (with or without cheese) is consumed.

the culinary influence goes the other way around – meaning, the French fougasse owes its origins to Italy.

You’re right, of course. An elementary error on my part.

(Note to self: must try harder)