@seal and I tried Istanbul Kabob House in Freehold today for lunch. It is in the old Ibby’s location in downtown Freehold boro. They have a reasonably diverse menu and the people were very nice.

We shared a mixed grill (photo below is after we started eating) and a side of acili ezme (spicy chopped vegetables and walnuts - upper right in the pic) which were both good but not the best I’ve had in NJ by any means. We also shared a homemade chocolate pudding which I thought was very good.

I’ll return to try some of the other things on the menu. 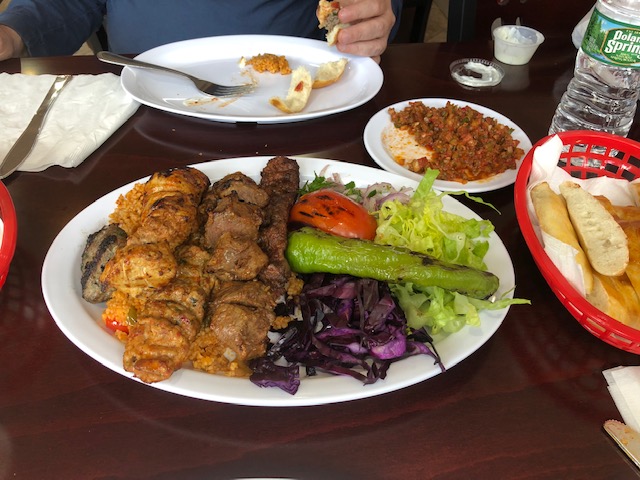 Looking good guys. What was the best meat?

The meats were just ok, and none stand out as something I would run back to order again. Thanks to @BossaNova and his extensive knowledge of Turkish cuisine, we got that little bowl of spicy vegetables that was the best thing we ordered. Oh, the chocolate pudding was also good.