With Afghanistan so much in the news these days, I’m reminiscing about my first experience with Afghan food when I was in Islamabad, Pakistan, back in 2014.

I was on a 3-week business trip back then, and one of my Pakistani colleagues had wanted me to have a taste of the food from his home region, Khyber Pakhtunkhwa, in the north-western frontier of Pakistan. His grandfather was a Pashtun chieftain, and their ethnic group spanned both Pakistan (44 million Pashtuns or15.4% of Pakistan’s populace) and Afghanistan (at 15 million, they constitute 42% of the population of their country). 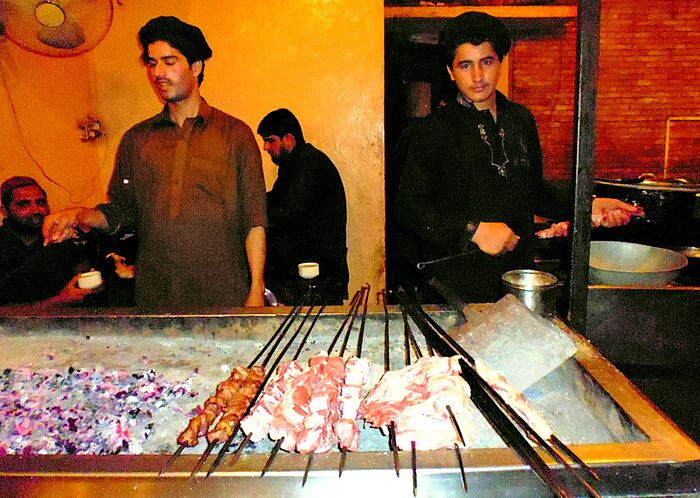 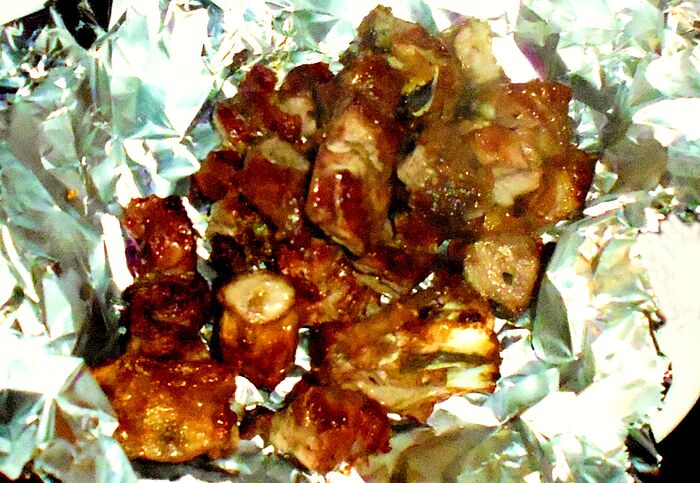 When I volunteered at our local hospital, one of the security officers originated from the Khyber area. He’d mentioned he spoke Pashto and I’d assumed he was Afghan. He was actually Pakistani and his first language was Punjabi but Pashto was also spoken by many from his area.

My only experience of Afghan food is this very casual place in Manchester that you’ll see was not the greatest success:

We are lucky that we have a lot of Afghan food in the Bay Area. With Fremont being the place where many Afghan refugees settled in the 80s. In fact, if you watch the movie The Kite Runner, there’s one scene where you can see the Bart train running overhead, presumably in Fremont.

These days there’s a lot of gentrification, with the neighborhoods in Fremont redeveloped and some of the Afghans relocating further away to I think Tracy, and closer to Highway 5.

I am sure the recent news affect them greatly.

There’s a well-known (maybe THE only) Afghan restaurant here in Cambridge MA. I think it’s part of a mini-chain here in the US that was owned by the Afghani leader’s brother or something like that? I haven’t been in ages, but the food was always reliably good.

The situation there is so heart-breaking. Yet more terrible news in a terrible year.

Do you still keep in touch with them over WhatsApp?

I haven’t been in ages, but the food was always reliably good.

The situation there is so heart-breaking. Yet more terrible news in a terrible year.

Same to all of this.

The only Afghan restaurant I’ve been to is Ariana II in Kilburn, North London. I had the chapli kebab and really enjoyed. I recommend it on a best food for tenner in London thread back in the day. It’s one of the places that’s still open of my recs. Quite a few have closed.

Read the Tenner a head in London discussion from the Chowhound Restaurants, Uk food community. Join the discussion today.

There was an Afghan stall in the Emeryville Public Market food court, before it was remodeled, and I ate there regularly. After 9/11, they removed all references to Afghanistan from the signs and menus. They came back after a year or so.

It wasn’t really a chain - the different restaurants were operated by different family members (siblings of Hamid Karzai, as it turned out).

I ate at the one in San Francisco first, later the one in Cambridge. Just delicious.

Didn’t learn about the ownership connection till much later. Apparently the first one was in Chicago (and even appears in WikiLeaks docs, if you please). 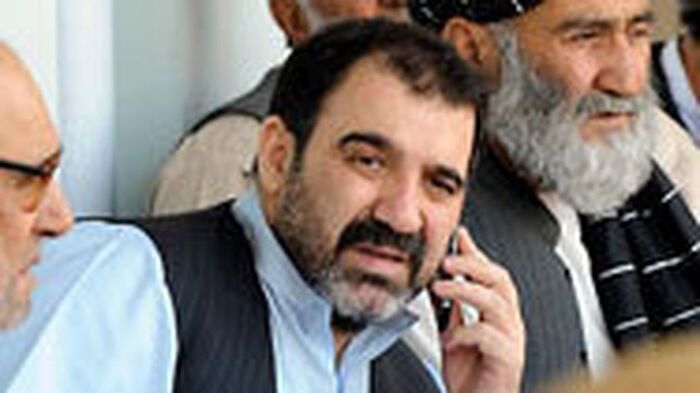 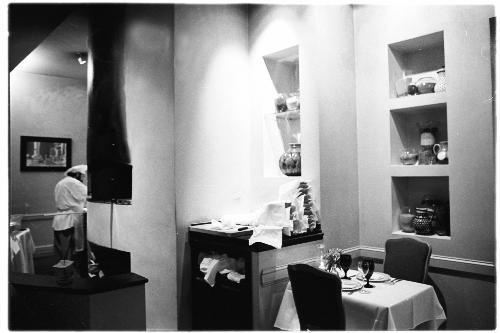 A Flavor of Kabul in Cambridge | News | The Harvard Crimson

Fozia Karzai strides forcefully into the spacious main dining room of Helmand, the restaurant she and her family founded after 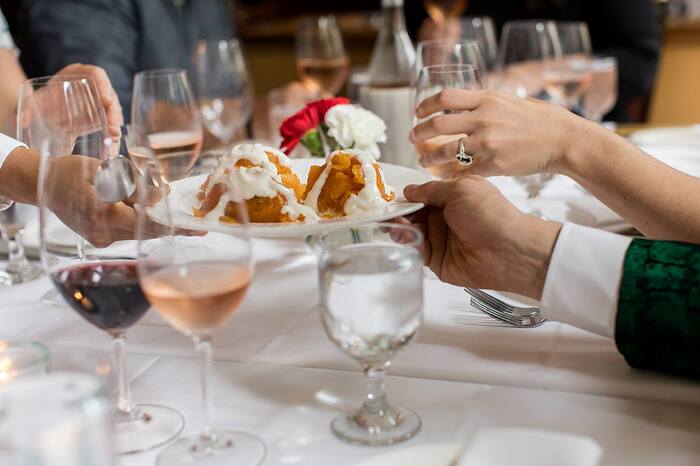 The Helmand Owners Look Back on 30 Years in Mt. Vernon - Baltimore Magazine

Qayum and Pat Karzai reminisce about their beloved Afghani restaurant.

Some of the better kababs to be had in India used to be from Afghan sources as well.

Khyber Pakhtunkhwa used to be known as the North West Frontier Province - my parents used to cater parties from a favorite restaurant that specialized in food of the region. More delicately flavored tandoor delicacies mixed in with delicately spiced curries and rices.

There are some Afghani enclaves in Delhi now, with the increasing numbers of Afghan refugees over the past many years.

Do you still keep in touch with them over WhatsApp?

I’m still in touch with my Pakistani colleagues in my former company, the British American Tobacco, though its Pakistani entity is known as the Pakistan Tobacco Company.

Khiva restaurant is still operating, and one can see its latest menu on its Facebook pages. But looks like it has reduced its offerings from a wide array of Uzbek, Pashtun and Afghan options to just mainly Afghan these days.

On this same business trip, 9 days after that dinner at Khiva, I was brought to New Kabul Restaurant, perhaps Islamabad’s most popular Afghan restaurant. It’s got a nice al fresco dining section which I much preferred over the rather oppressive indoor section. 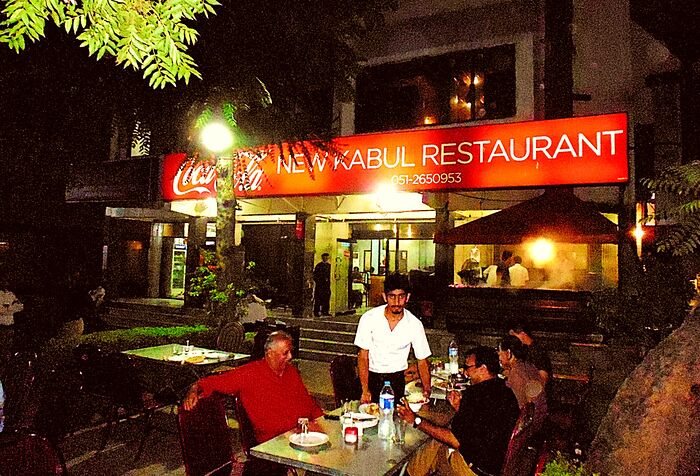 For dinner that evening, we had:

We finished the meal with “kahwah”, traditional Afghan green tea, served with sugar-coated peanut clusters. Honestly, I don’t know who introduced to whom those Afghan peanut clusters, but the Chinese had exactly the same sweet. I surmised that it was the Mongols/Huns, who laid waste to much of those two parts of the world, who introduced this food item (beware the barbarians who come bearing sweets). 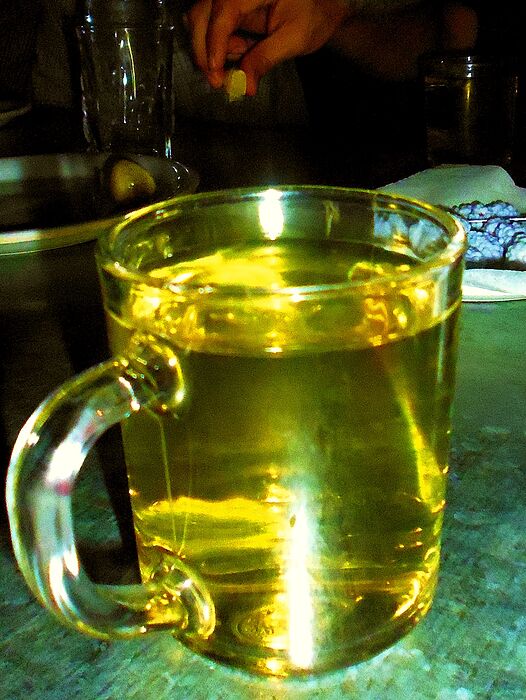 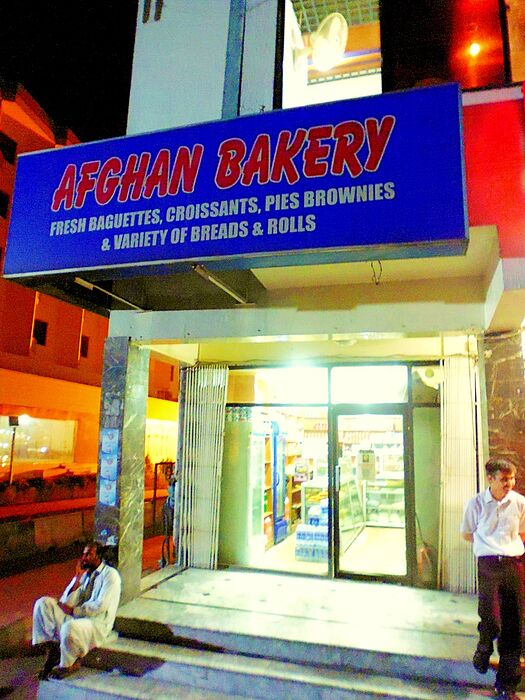 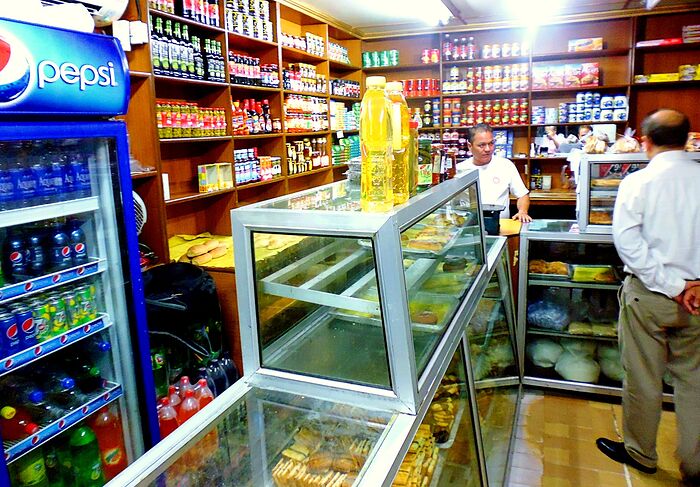 Khyber Pakhtunkhwa used to be known as the North West Frontier Province - my parents used to cater parties from a favorite restaurant that specialized in food of the region.

I had lunch at Shahzada Khan, a “dhaba” (roadside eatery) along the main street of Taxila in Khyber-Pakhtunkhwa. It was a 1,200-year-old city very rich in history, and I was absolutely enthralled to visit the pre-Islamic Buddhist archaeological sites there.

Our lunch spot was also pretty atmospheric as well, located beside the busy main street. 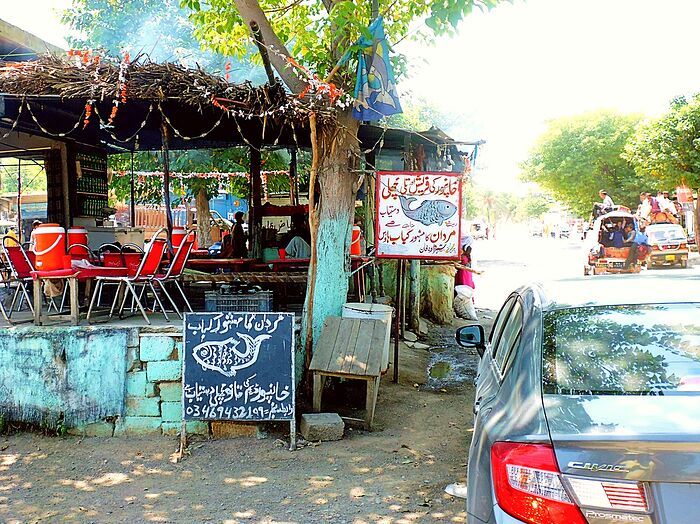 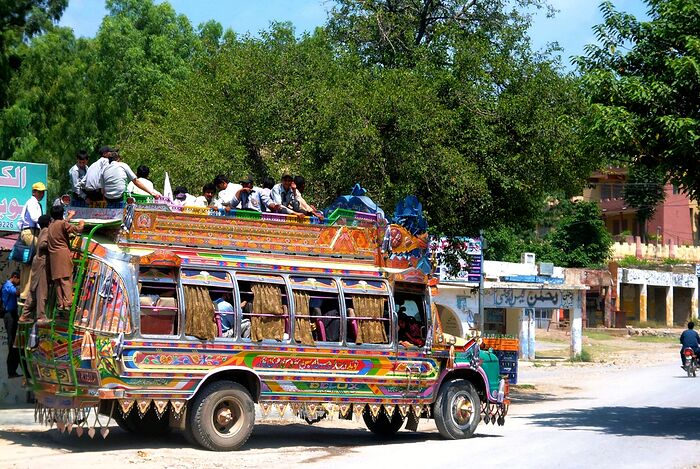 Customers could opt to sit on the charpoi beds whilst having their meals, but we didn’t. If I’d had to recline whilst eating, I might’ve gotten my lunch all over the front of my shirt. 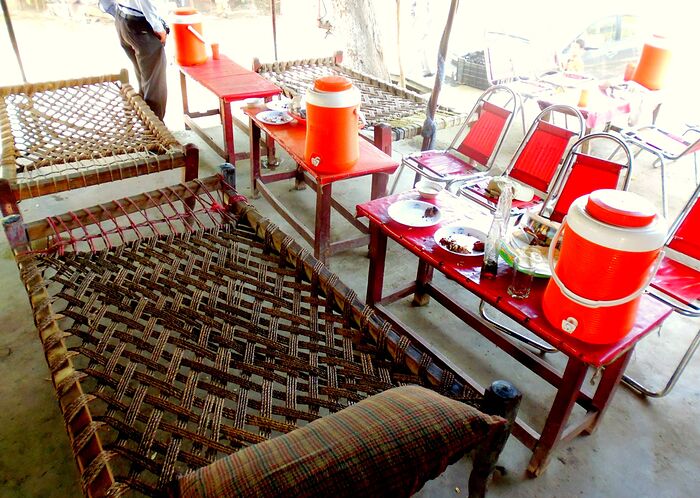 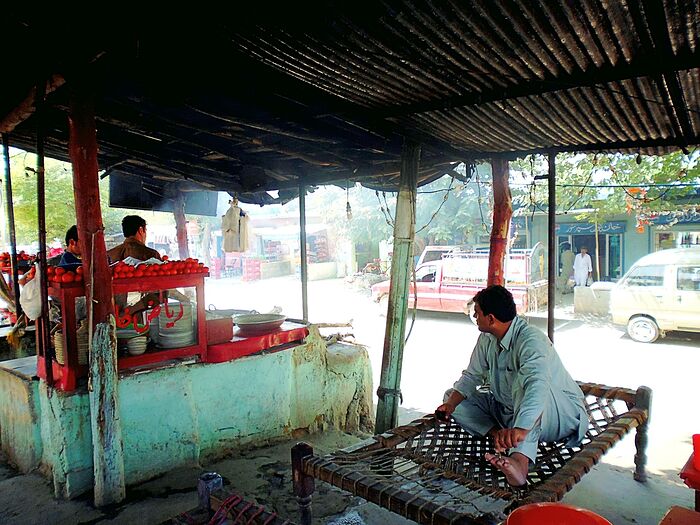 We ordered two dishes: the chapli kabab - minced beef patties, lightly-spiced and studded with chopped tomatoes, onions and cilantro, and their house specialty: crisp-fried freshwater “rohu” (carp). The dishes were served with a stack of local “naan” breads, and a local lemon-yoghurt dip.

We saw both dishes being freshly-prepared right in front of us: 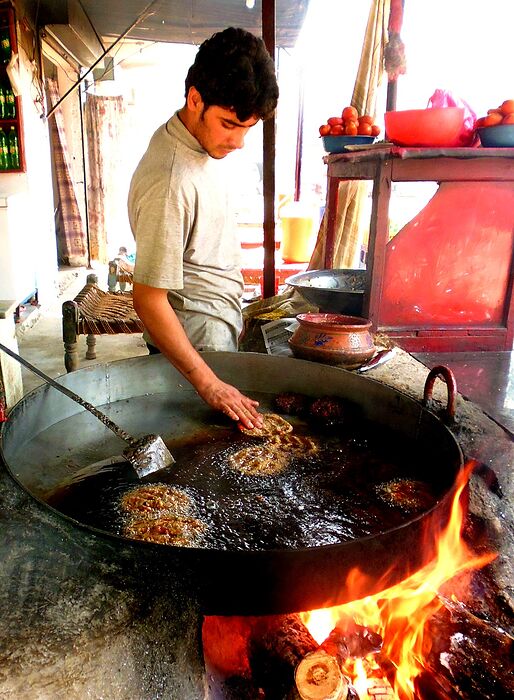 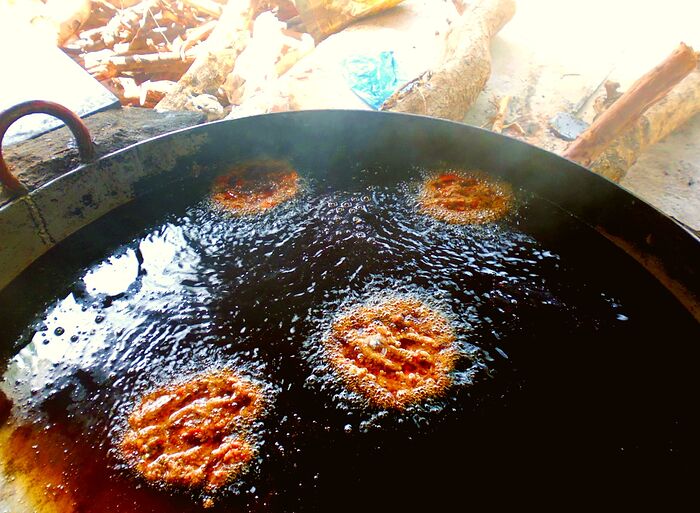 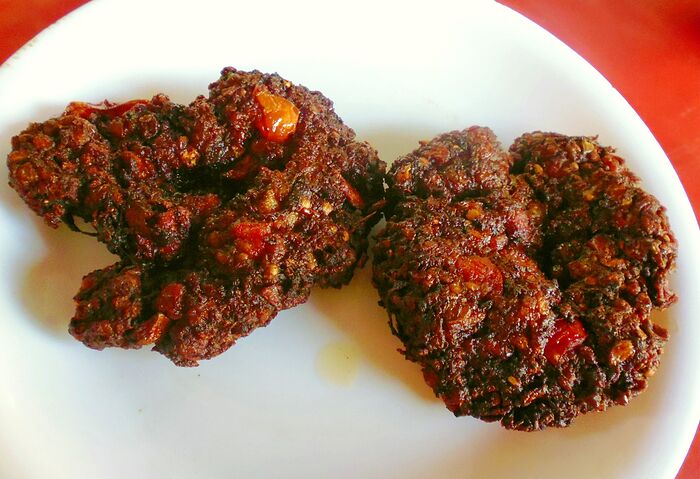 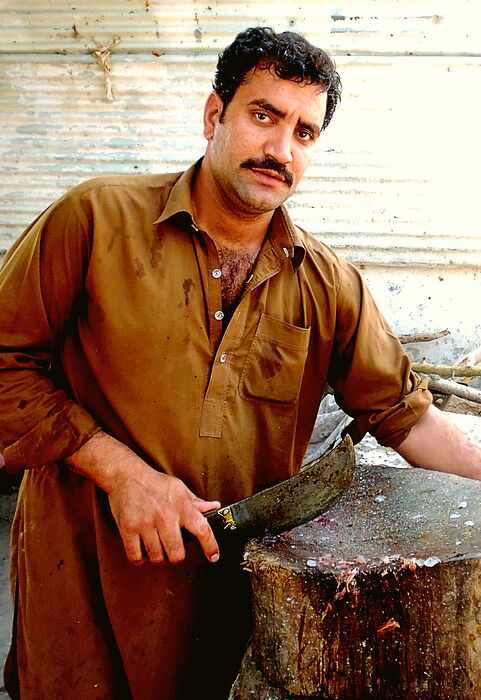 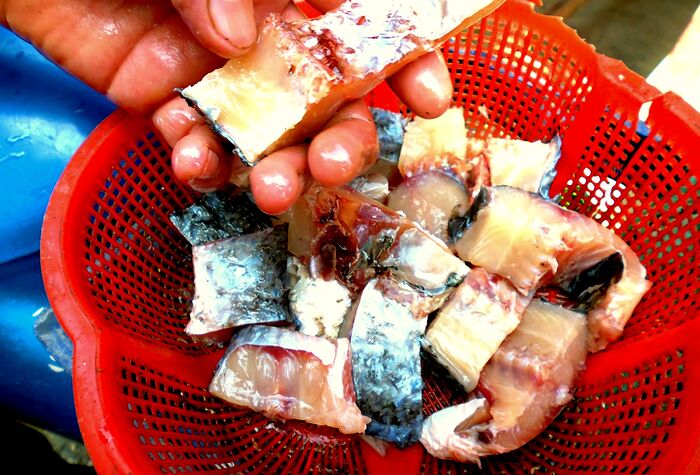 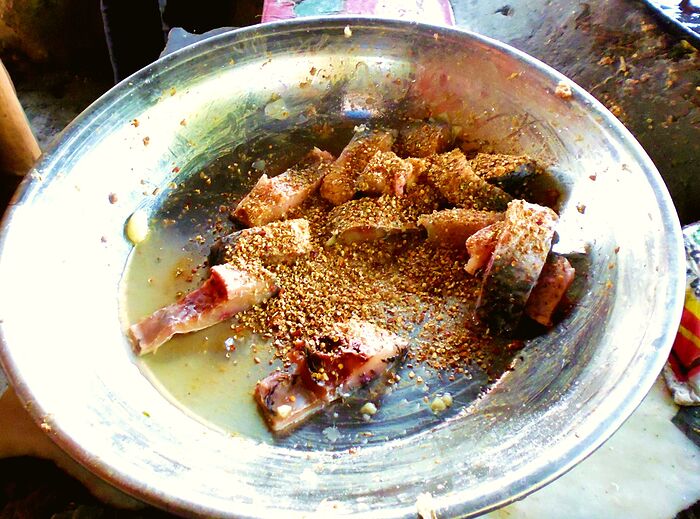 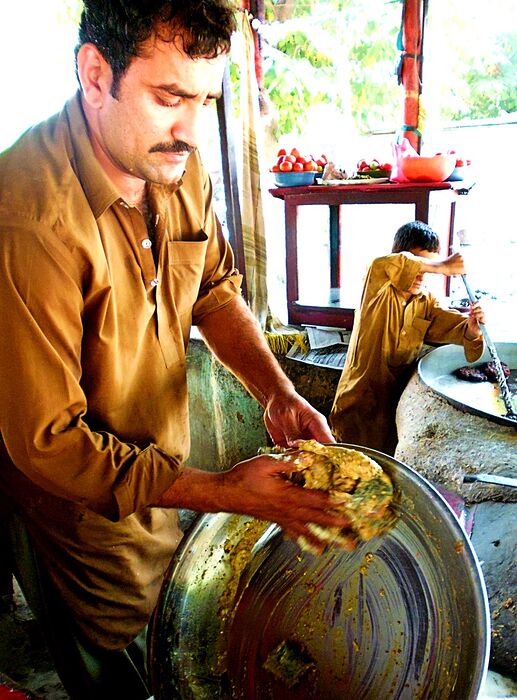 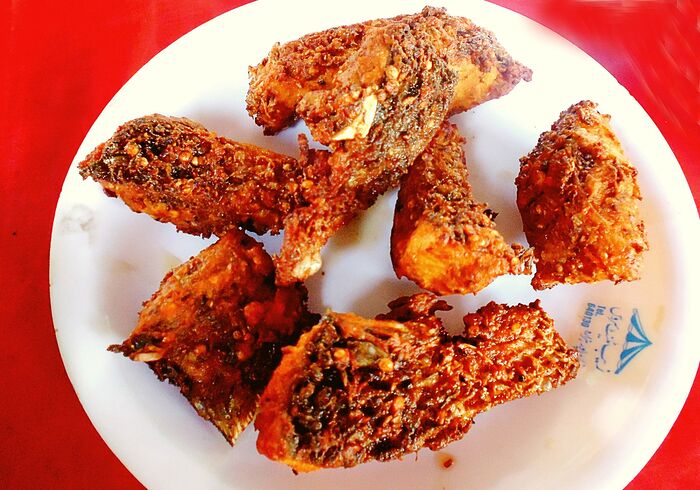 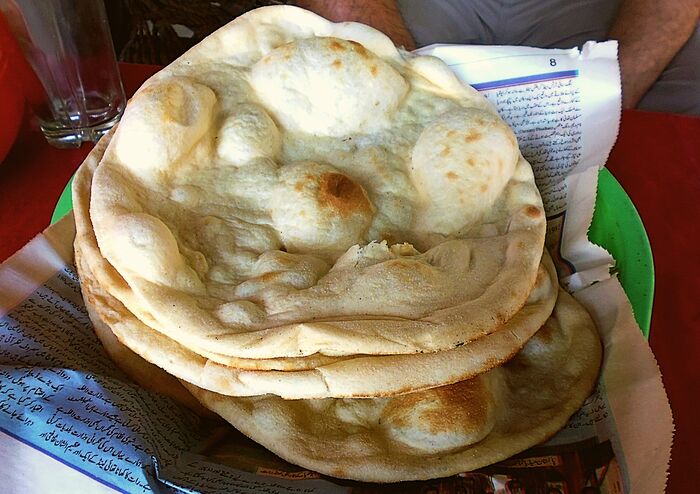 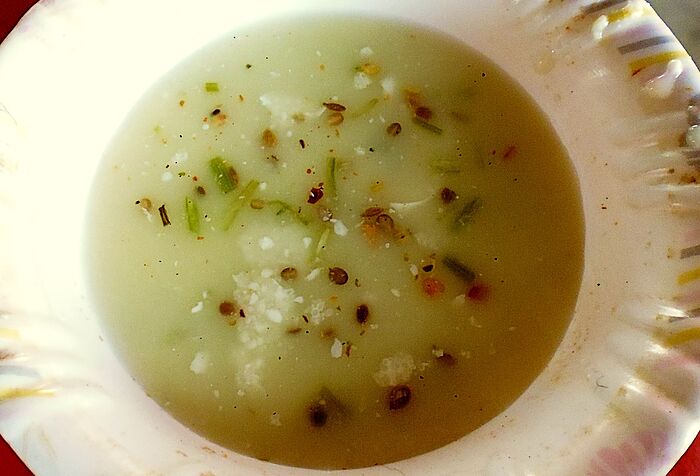 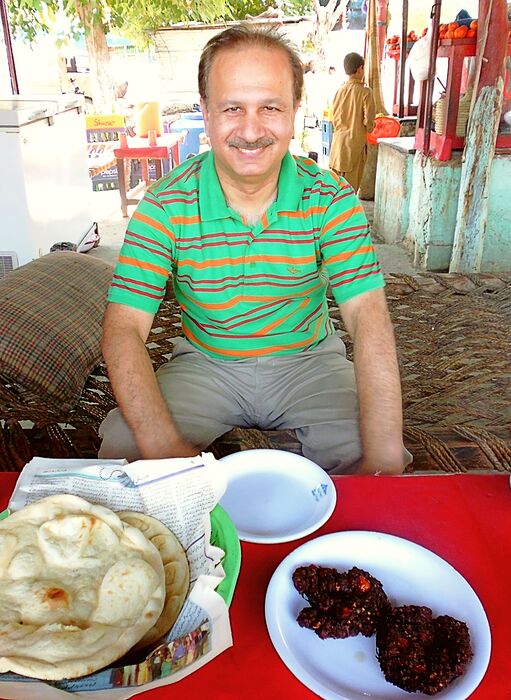 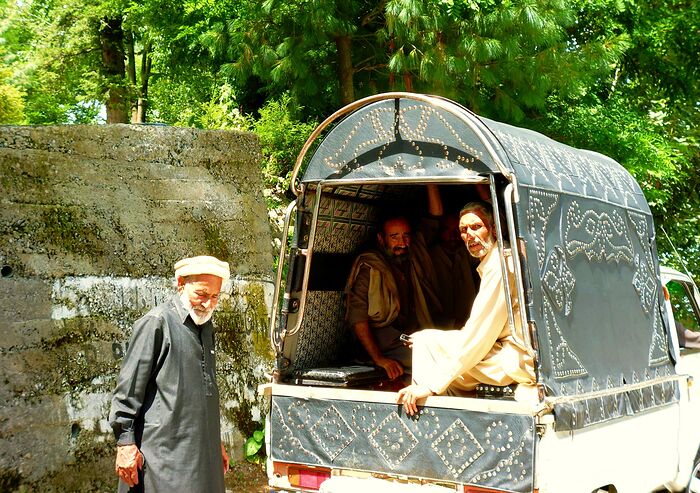 Manto/Manti are found throughout Central Asia , Turkey and Greece. There are many types and sizes. It’s one of my favourite dishes at Uzbek, Afghan and Turkish restaurants.

I should check a Turkish grocery store to see if they sell frozen ones.

My first Afghan meal was at a nice restaurant on 2nd or 3rd ave in the east 20s in Manhattan in the late 90s. Lots of Afghan kabob shops in Canada, but not that many full service restaurants. We do have some Uzbek and Azerbaijani options close to the heavily Russian - populated suburban neighbourhoods north of Toronto.