Is Poké a fad?

Sushi started it’s rise in the early 2000s to a favored status in the culinary culture of America. We are seeing this now for Poké. Do you guys think that it is going to keep its rise going or no? I look at something like Crudo and see it phasing out so I am not sure, though I feel you cannot make Crudo as available to everyone as Poké.

I think it is a fad - not necessarily in a bad way - but definitely the “new thing that the hipsters are doing” here in the mainland. My only “issue” with it, is that I usually find it in places where it just seems so out of place with everything else being served. There is a “hipster” bar near where I used to live (think old bar space with picnic tables and a food truck out in the parking lot) that serves poke in the bar and pizza by the slice out in the food truck . . . .what?

It is certainly not a fad in Hawaii, where it’s been a staple food for a long time. I eat it constantly when I am there, and love it, so I hope it lasts on the mainland too. Anyplace that does sushi should be able to do poke, and there are certainly enough places that serve sushi (which has definitely moved beyond fad status). Of course, I wouldn’t eat sushi at most places that don’t specialize in it, and I wouldn’t eat poke in a place that otherwise serves pizza and burgers, either.

What about tuna tartare?

Like donuts, bagels, and frozen yogurt, poke will have a run but because, in spite of what seems to be the case, people can get the money to open small businesses, poke will reach an over-saturation and decline point much sooner now than might have happened 20 years ago. Between 2003 and 2016 the number of small, independent wine shops in my area went from 4 or 5 up to 20+ and then down to 4 or 5 again. Now it’s up to maybe 10, but they’re all also winebars. Same dynamic.

Where I live one poke shop seems to be opening up every month or so. That’s in an area with a population of a million or so (South OC). Now there are 6 or 8 and the higher end supermarkets are also carrying fresh poke (as does Costco).

By literal definition a fad has no real underlying supportive legitimacy. I wouldn’t say that of poke itself, but I think I would of poke’s long term ability to sustain a large number of independent retail businesses. Enjoy it while you can folks.

Well if it’s a fad it’s not a universal kind of thing.

Seriously, no poke on NJ or NY menus, there are maybe 3 places serving it, and it’s mostly tuna.

That’s why I asked about the tuna tartare cause it’s everywhere here.

Probably has more to do with leftover sashimi grade tuna, and what to do with it.

(PS Don’t tell Gumby about Pokey being a fad.): 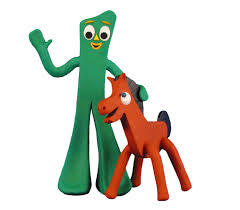 Well… CA is much closer to Hawaii and poke tends not to be on many restaurant menus, mostly in stand-alone shops. At least that’s my perception.

I wish it was a fad in nj. I could eat good poke all day long. Hawaii gets it done though… 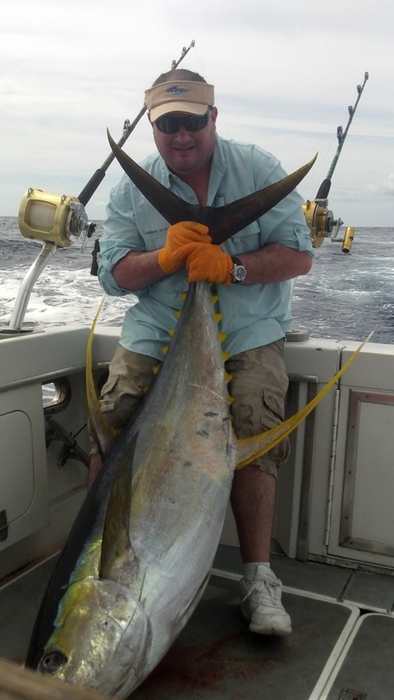 Your poke still has a tail, and I’m not talking horsehair.

So Bootsy you’re obviously from Chicago…

Is poke a thing there?

In addition to being tasty, poke is suited to various fad diets like gluten free (tamari, not shoyu) and paleo (mercury isn’t as evil as wheat). It’s also banking on the “bowls” trend.

So Ceejay, do you think if I ask the waitress for a little poke she’s gonna slap me ???

Around here possibly lol. They don’t serve much from what I’ve seen. 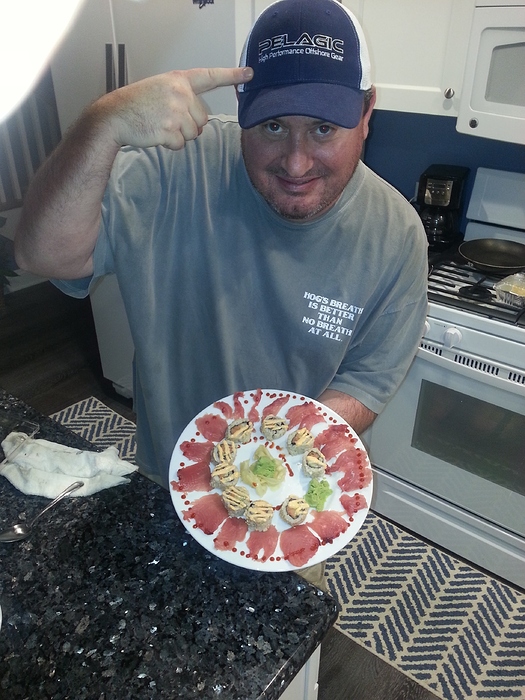 A hogs breath T-shirt? I used to have one of those. Maybe more than one…

Not here on the west coast . It’s been around ten plus years where I live . Now , flash mob was a fad .

Ummmm. I think that pic requires a detailed description. Looks like something from a sushi chef gone wild.

VikingKaj, I am surprised to hear you haven’t seen any of the number of the Poké joints in NY yet. There are at least 3 different chains from what I have seen through friends’ photos. Also, interesting to hear it isn’t on NY menus. Probably because people don’t fully know the difference between that and ceviche.

I happened to glance at the menu at a 5 Napkin Burger today, and they’re serving Tuna Poke Nachos. So poke has not only been chain-adopted but also fusioned. If that’s not a fad, I don’t know what is. And if poke is a sign that Hawaiian food will become more available in Manhattan, I’m all for it. We need shrimp trucks, and we need them now.