Is Noma Mexico worth the $600 price tag? (not to mention airfare+travel expenses)

What are your thoughts on food travel?

I’ve read that dining is becoming the main attraction for travelers and lots of restaurants are doing pop ups. Makes sense with the recent ‘retail apocalypse’ and consumers preferring to spend on experiences over things.

Do any of you travel exclusively for food or have sampled other tasting menus abroad? What was your experience?

Seems like the intensive labor and craft involved here makes it more than worth it: “Basically, a small army of beautiful and talented people put their hearts into every part of your meal. The entire team is about 140 people serving 70 guests per seating.”

I’ve never travelled overseas purely for dinner, although whenever we travel overseas, dinner is never far from our thoughts.

In terms of the expense of dinner, I find myself in two minds. We are celebrating a major wedding anniversary this year. On the day (and the day before), we are booked into a hotel that has a Michelin starred restaurant. Cost for the two nights will around £1000. We’re also treating ourselves to an expensive cruise (Oceania Cruises are known for the food). There will be little change from ten grand. So, it is not that we are averse to throwing money at food.

For my 6oth birthday, we had dinner at the Fat Duck, then rated third best in the world. The price was around £160 each, I think. We didnt blink. It’s recently reopened after a refurb and dinne ris now £265. We’ll not be going back. Dinner is not worth that, however good it is.

Curious as to whether you keep a cut-off price in mind then of what dinner is absolutely worth? Or is it relative, of course, dependent on the occasion/type of food? Does craft or labor matter? What makes dinner worth it?

Price is relative to the occasion. Broadly speaking.

We have a number of places we visit with some regularity - maybe two or three times a year. They vary in price from a local bistro, which charges £19 for three courses, to a more upscale place where we had dinner a couple of weeks back where the bill topped £300 for the two of us.

The upscale places on the list may come into play for special occasions, as well as “routine” visits as mentioned. Outside of those, special occasion restaurants involve travel, so hotels costs become involved, as does transport, if we’re not driving (say if its a London place). Even though price is relative to the occasion, and I wouldnt exclude anywhere I really wanted to go, just on price, I suppose there is something of a cut off. I’ve said I’d baulk at the Fat Duck’s £265 but I wouldnt at their Michelin 3* neighbour, The Waterside, at just under £170. I’d be back to the latter in aheartbeat for a special meal.

Relating to your thread title, we’ve never really considered Noma. I can fly there in less than 2 hours - quicker than I can drive to the Waterside and about the same as the train time to London. But it was too expensive, too much of a faff to make reservations. And, truth be told, I’m not sure I would enjoy the food as much as I think I should at that cost. There’s something about wanting simpler food, done really well. Give me three superb courses, maybe throw in a couple of snacks to start, a pre-dessert and some petit fours with the coffee, and I’m going to be a happier camper than eating a 20 course tasting menu.

You’ve posted identically worded queries on at least three sites, and it’s your first post on all three. Are you working on an article?

Not exactly, I’ve been learning a lot about the fine dining scene recently and been doing a lot of thinking about how it relates to broader consumer trends, so want to discuss with people who have more first hand experience / thoughts. Some other articles along the same lines for some food for thought:

http://www.businessinsider.com/the-retail-apocalypse-has-officially-descended-on-america-2017-3 (“people are now devoting bigger shares of their wallets to restaurants, travel, and technology than ever before, while spending less on apparel and accessories”) 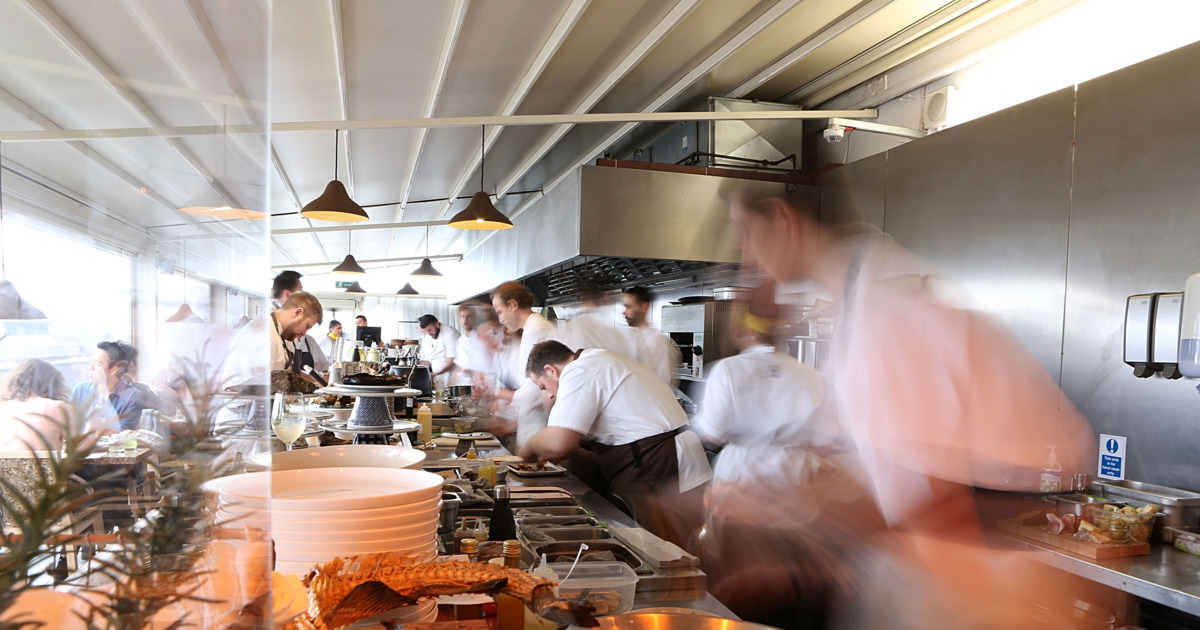 “It is basically the most elaborate, challenging, and time-consuming team-building exercise you can do.”

Ah, your last commentary about preferring simpler food done very well makes me think about the kind of discussions that occur around other fields; for example high fashion and contemporary art.

Are you working on an article?

Is Noma Mexico Worth Its $870 Price Tag?
http://www.viva.co.nz/article/food-drink/noma-mexico-review/

Do any of you travel exclusively for food or have sampled other tasting menus abroad? What was your experience?

I don’t because of my personal circumstances. For me, the utility I will gain from such a meal, assuming its stellar, will be more than offset by the effort I need to invest in travelling to/ from the airport, flying, jetlag, hotel/ transportation arrangements and destination planning, without factoring in the cost yet.

But then, I am only speaking for myself who has many constraints. If we are talking about combining meals with other destination activities, like sightseeing over a week, then I think the effort will be more on par with the utility I gain. Or if the flying is shorter distance and more pleasant.

I am aware there are folks who won’t blink an eye jumping on a plane. I think it helps if one has membership in frequent flyer clubs, TSA Pre, etc. International flying is better. I don’t look forward to domestic flying in general within the US.

Yeah, I feel like I’ve read about this elsewhere. Anyway, since all the tickets are already gone, I guess the real question is how much you’d be willing to pay for a scalped seat.

Much of the responses here seem to think about this question in terms of the utility/deliciousness of the meal itself — but I guess I’m interested in knowing about the labor and the costs and care that go into the food make it more worth it to you? It seems like this type of thing is about the experience as well as the actual food.

Or similarly, as someone more familiar with the art world, there’s a lot of discussion/debate on whether the value of art is about the final product/art in itself independent of the artist, or if knowing more about the process and the artist adds more value (often brought up when discussing things like Kickstarter and artistic purity/integrity etc)

What factors do you use to determine what food is worth?

What factors do you use to determine what food is worth?

How much I like it. But that’s different from how much an “experience” meal is worth. A view is worth something to me, as is really good service. As to the value of the artist, let’s just say that even if I could afford a balloon puppy or a shark in formaldehyde, that’s not how I’d spend my money.

I know nothing fashion or art.

Eating is nature’s way of stopping you feeling hungry

I am in Australia and we had Noma’s second pop-up (Tokyo was the first) and also the Fat Duck’s pop up. Both were very expensive ($485 and $525 per head for food only) and massively over subscribed and it was at a price point that i couldn’t justify so didn’t bother.

I am certain both were very good but I didn’t see the comparative value compared to the best locals. Orana a renowned local restaurant that used indigenous ingredients in a similar way to Noma coms in at $175 a head and its superb - our meal for two with exceptional wine came in at approx $500.

The other risk is how the restaurant travels, will it adapt to local food, will the team work in the new space etc etc. Both the Duck and Noma were well funded by the government tourist bodies and obviously the dinner cost helped so less risk. But moving from one space to another is never easy - look at top restaurants that stumble when they move their homes permanently.

I went to Azurmendi in Spain then to their new branch in Thailand. Our Spanish experience was superb, sad to say it didn’t really travel that well and the price was similar (which is very expensive for Thailand).

For that sort of money I tend to think its better to include it as part of a holiday and go to the original restaurant rather than to a pop up no matter how well its done.

You may recall a thread on egullet’s UK board, where Marc Wilkinson, of the 1* Fraiche, was being urged to move his operation from Wirral to Manchester and become bigger. In the event, he must have decided, rightly in my opinion, to stay in Oxton cooking for his eight covers. Whilst I’m sure that it could have been successful, it would not have been Fraiche.

We’re also treating ourselves to an expensive cruise (Oceania Cruises are known for the food).

I think you’ll like Oceania. I know I do. It’s a very laid back high quality experience and the food is the best I’ve had on a cruise ship.

Looking forward to it. By co-incoincidence, a pre-sailing booklet has just arrived, which Mrs H is glued to. All I’ve seen so far are the luggage tags. Two weeks until we can make our specialist restaurant reservations - one of which will be on Mrs H’s birthday.

I have 2 seats available on May 28 face value. Eatnuts@mac.com

Buy/ sell board
Help cover Hungry Onion's costs when you shop at Amazon!