That summer of 1952 was even more wintry than usual in San Francisco. The fogs of August dripped. De facto summer returned like it always did in September and October, but as November broke, the chill returned. Daytime highs settled in the 40s, and through the windows of the Buena Vista Café, veiled on the inside with cigarette smoke, the view out to Beach and Hyde must have been bleak.
…
On the chilly night of November 10, a journalist with a thick glasses, a weasel’s face and a Pulitzer Prize (also a San Francisco Chronicle travel columnist) did something that would make the Buena Vista into something greater than merely an old-fashioned saloon on a dead corner. That night, Stanton Delaplane nailed down the recipe for Irish coffee.
…
http://ediblesanfrancisco.ediblefeast.com/irish-coffee-then-now 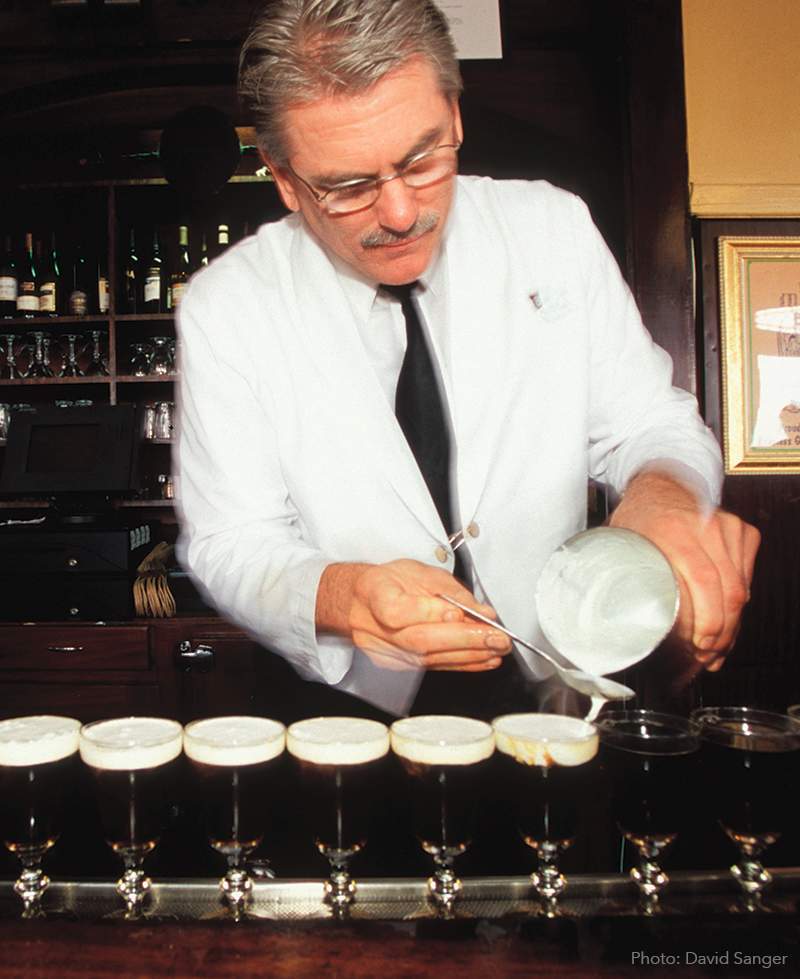