I was sitting at the light on 35S today on the corner of W. Park Ave. and happened to look over at the Starbucks/jersey Mike’s building… And I spotted this in the middle of it: 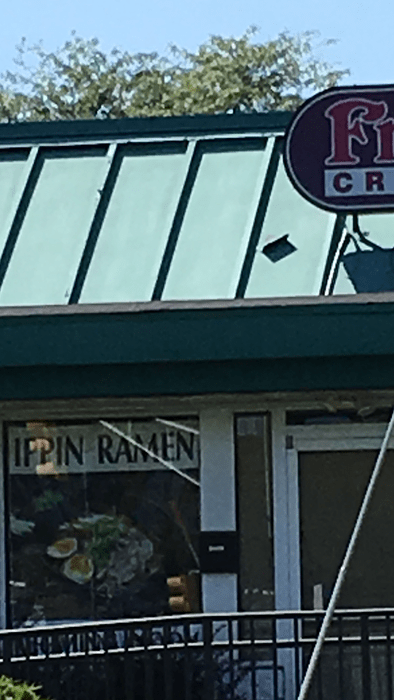 Has this been there for eons, or did I discover it?!?

Ramen down here would be news to me, so I think you get the Christopher Columbus award.

I made some at home today for lunch: 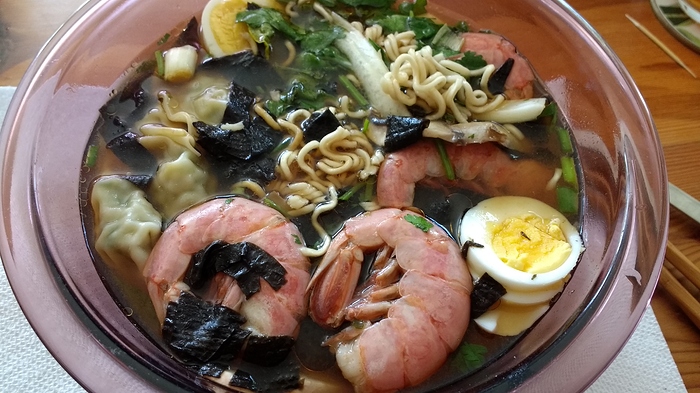 You must be the first to have discovered it, there are zero references to it in Google that I could fine!

You know the saying… If you see something, say something (to the HOs)!!

Ippin Ramen has been open for at least a month and I am due to get over there this weekend with a friend… Has anyone tried it yet?

@NotJrvedivici Think you can change the title of this thread to Ippin Ramen, Ocean NJ? Thanks!

My friend went and have the place a thumbs up, she’s a tough cookie to please. Yelp review and pictures look legit. Looks like we finally have ramen in our neighborhood!

Great to hear! I’m definitely no expert but have been missing ramen since moving down here (if you’re in NNJ, go to Ani in Montclair or Jersey City)… full report after I go!

When this place finally opened, the reviews that I read were mixed. Not too surprising. I tried their basic ramen and pork buns. They were both pretty good. This is more than just a noodle bar. The place is much more spacious than what it looks like from outside. I will try some of their other offerings next time like eel rice and beef bowls.

More tomorrow but we thought the ramen was excellent!! Now I’m in trouble… It’s all of a few miles away!

As promised, a full report!

The place is really nice inside; unexpectedly so, especially when you consider it’s crammed between a Starbucks and an insurance agency with Jersey Mike’s on the far end.

We arrived around 6:15 and only two other tables were occupied, but within 20 minutes or so, the place was more than half full, and I saw many folks taking orders to go during our visit.

The two of us decided to share the Asian Ginger wings ($4.50) and pork buns ($6) for appetizers. The wings were heavily fried–as in, my friend’s comment was “these remind me of KFC extra crispy–not a bad thing!” For me, they were well done, but unnecessary. The dipping sauce was tasty with just a little bit of heat, but I guess the ‘style’ wasn’t what I was expecting. The pork buns did NOT disappoint; great mix of flavor and texture. Definitely a good rendition. Green tea was $3/cup and my only true complaint–served lukewarm.

Know this: I’m by no means well-versed on ramen–I just know when it’s good. I’ve been a fan of Ani (Montclair) since they opened, and they’re now my benchmark. So when I have questions/can’t remember what an ingredient is, it’s a bit frustrating when there’s a language barrier. Since I generally don’t eat a lot of carbs, I appreciate being able to add more protein to ramen, but couldn’t remember the difference between Chashu and Kakuni, so I asked. Our waitress’s reply was “I think the Kakuni is spicier.” Since I though that Chashu leaned towards sweet, I decided to add the Kakuni as an extra topping ($3).

For ramen, he had the Beef Sukiyaki ($12) and I had the Ippin Ramen ($11, + $3 for the addition of 2 pieces of Kakuni). On sight, the broth was gorgeous; opaque to the point of milky. My first taste was of the broth only and I was swooning. Seriously! I don’t think it’s just because it’s been so damn cold and I’d been craving a big bowl of Asian soup…this is damn good ramen. The noodles were soft, the egg was perfectly cooked, and the umami flavor was all over the bowl. I couldn’t differentiate the two portions of pork, though–I believe in the end both were Chashu. Not a bad thing, as it was tender and delicious, but next time I’ll try the Kakuni ramen, which is listed in a spicy broth.

$43 + tip for the two of us, and worth every cent. The fact that I can get a bowl of that quality within a few miles of home makes me VERY happy. Well worth the trip! 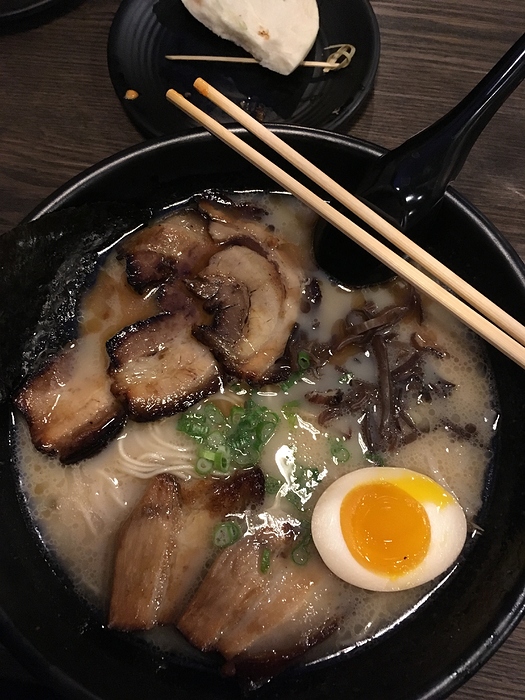 No picture of the lukewarm tea with a thermometer in it?

Seriously though, the ramen looks and sounds good. I need to check this place out.

Looks great! So nice to have ramen in town, yay!

FYI Kakuni and chashu are basically the same thing, id be hard pressed to give any strict differences between the two. They are both braised pork products… chashu is sliced thin and usually torched, often pork belly but can come from almost any part of the pig. Kakuni is almost always pork belly and comes in chunks rather than slices…

Ha! Had dinner with the same friend just now (at Szechuan Cottage, OMG) and I said to him I couldn’t really differentiate between the two last night and I wondered if it was just different cuts!

2/2 at Ippin…today I had the Kakuni, which is only slightly spicy, but you’ll see that the broth is a very different color from the Ippin Ramen, which I had last time.
Delicious and I had excellent company… Mrs. @seal !!! Perfect day for it, too… 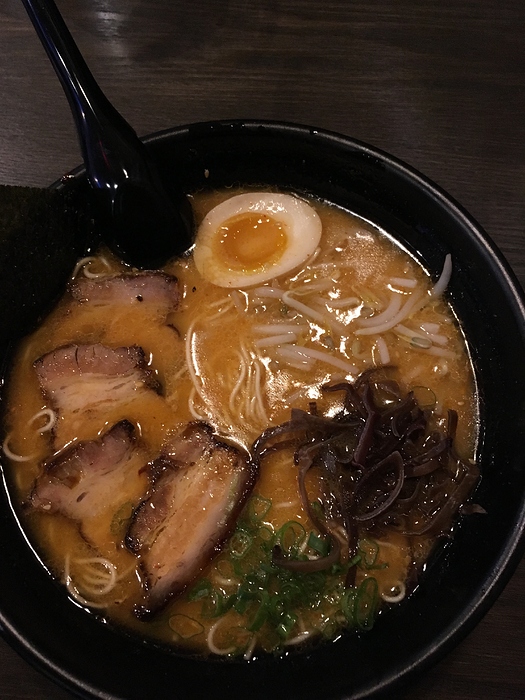 @seal did you know where the Mrs, was today??

Just got back from dinner at Sichuan Cottage - fortunately the wife wasn’t that hungry so I got to eat most of the ants climbing the tree and cumin lamb.

That looks delicious! I have been tearing up Asian food all weekend and I could use a bowl of that

Seal I had the cumin lamb once there and enjoyed it. Do you get yours in a hot pot? I think they may have two versions but I’m not sure.

No hot pot, just number 919, Lamb w cumin flavor. 920 is in a hot pot, but it’s beef. I forget the number, but the one almost at the bottom of the page is a lamb stew in a hot pot too.