Kedai Kopi Keng Nam (or Keng Nam Coffeeshop) is a five decade-old traditional Chinese coffeeshop in Ipoh which offers a good selection of Ipoh hawker/street food. It’s opened very early each morning, around 6.30am, and may sell out before 11 am each day. Come any later, and you’ll only see a shuttered up shop. It’s packed with local Ipohians who come here for their favourite breakfast items. 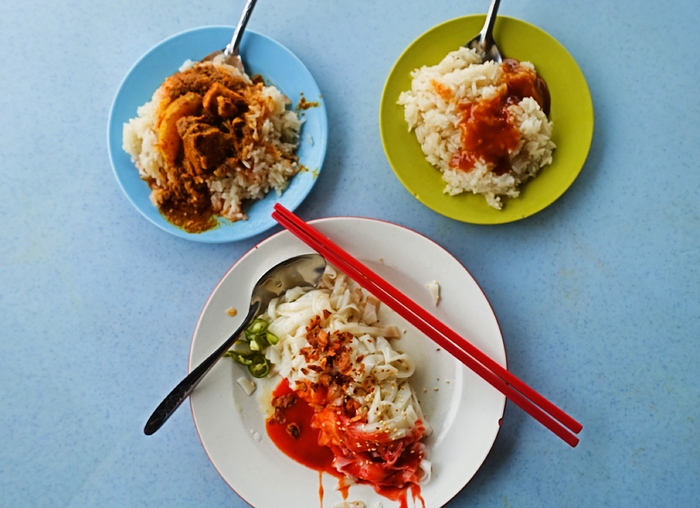 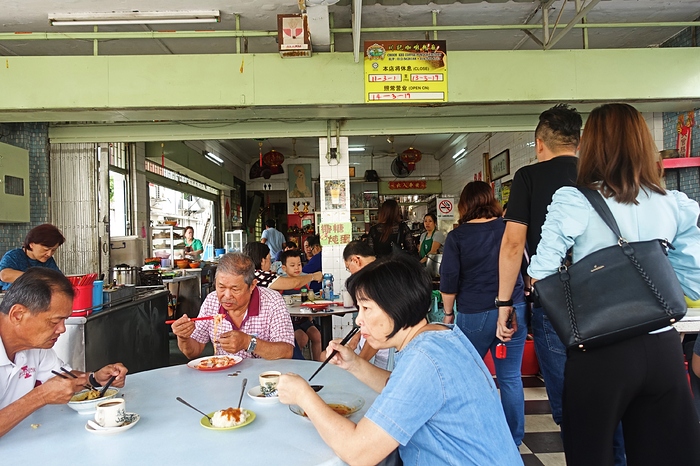 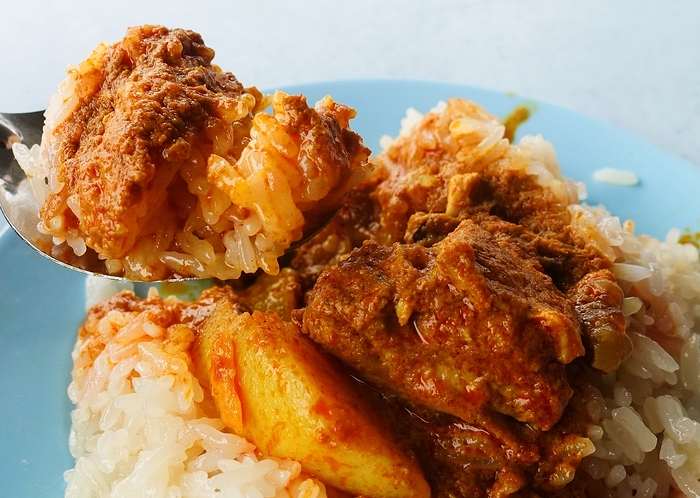 The more popular option here among the local Ipohians (but not as much for me) is the sweet but more common version: where the amazing glutinous rice is served with kaya, the coconut milk-eggs-palm sugar custardy jam much loved in Malaysia and Thailand (where it’s called “sangkaya”). 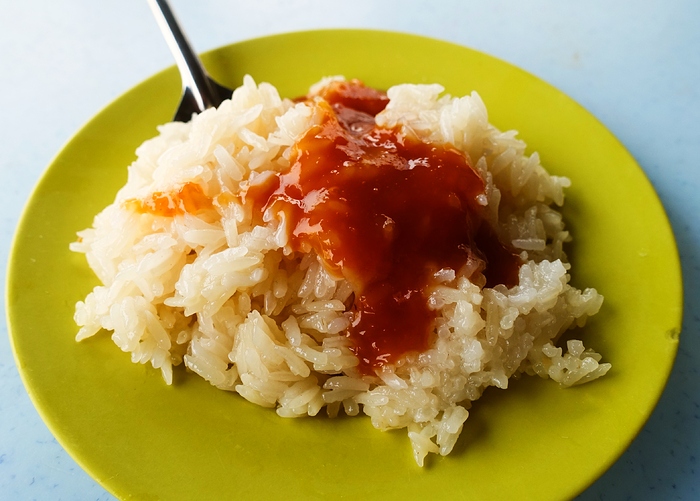 All the items here - the glutinuous rice, kaya and chicken/potato curry are cooked by Mrs Too, the wife of Keng Nam’s founder, Mr Too Heng Ling. Mr Too himself was already 93-years-old then, but still healthy and very active around the coffeeshop when I met him in late-2017. I didn’t see him at the coffeeshop this time round, but hope he’s still hale & hearty. The coffeeshop is now run by his son, Too Joon Nam, and his wife. 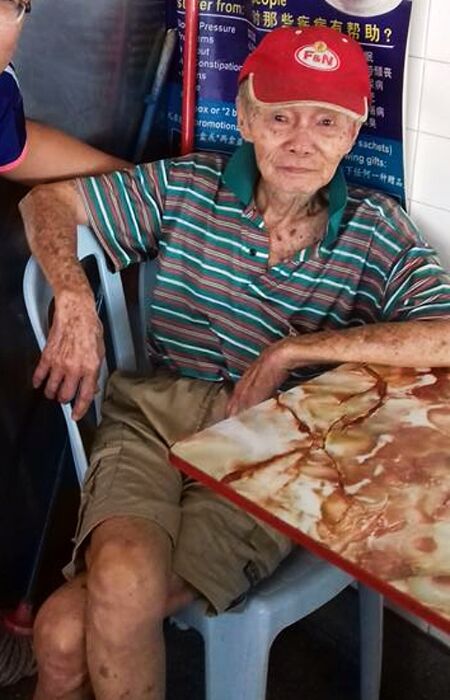 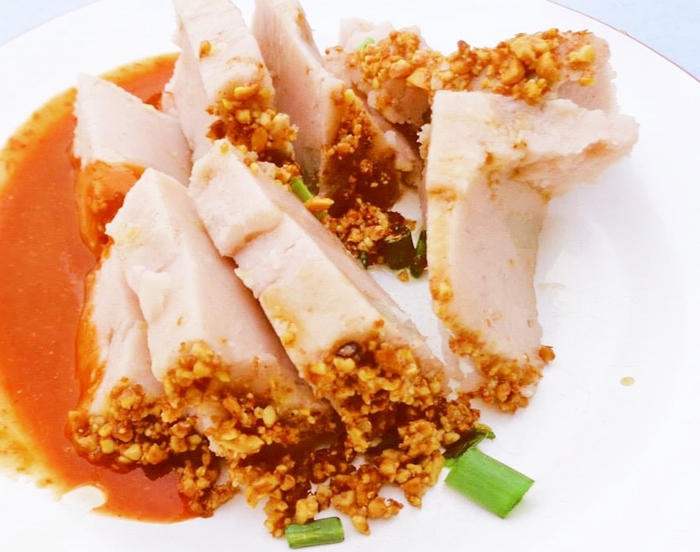 The Ipoh version of curry mee is milder and less spicy compared to KL’s version (which suits me perfectly), but both are more assertive, spicier and has thicker gravy, compared to a similarly-named, but totally different, dish in Penang. 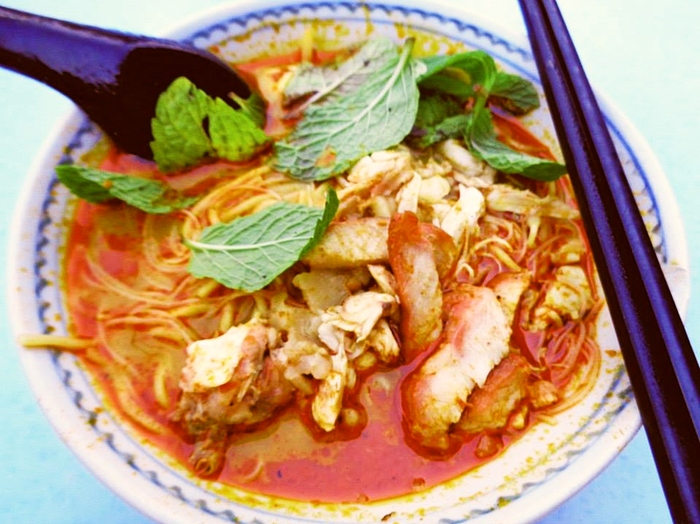 This place has become my first stop whenever I come to Ipoh - perhaps not a good idea as I’d have filled up on glutinous rice at the onset of any culinary visit to Ipoh, and will feel full for the rest of the day!

Other Ipoh coffeeshops which I’d have liked to start the day at are, in order of my preference (after Keng Nam, of course): 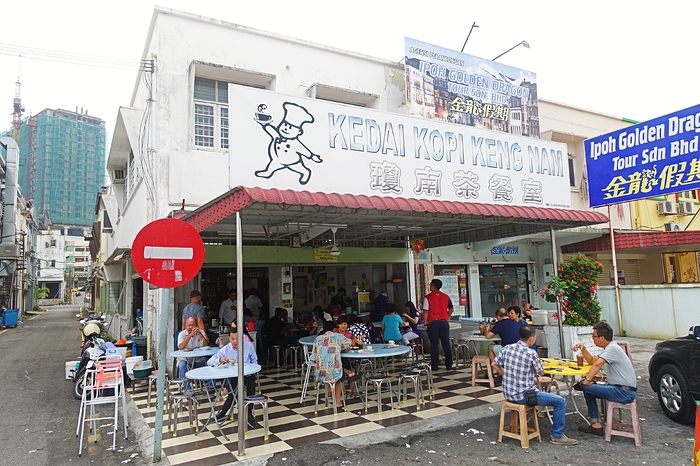