One of Ipoh’s most popular food offering is the “Nga Choy Kai”, literally Beansprouts & Chicken: basically Hainanese-style chicken rice, served with poached chicken and beansprouts. And Ipoh reputedly has the best beansprouts in the country, due to the its high-quality produce and supposedly superior minerals in its ground (and natural spring water) used for growing beansprouts. 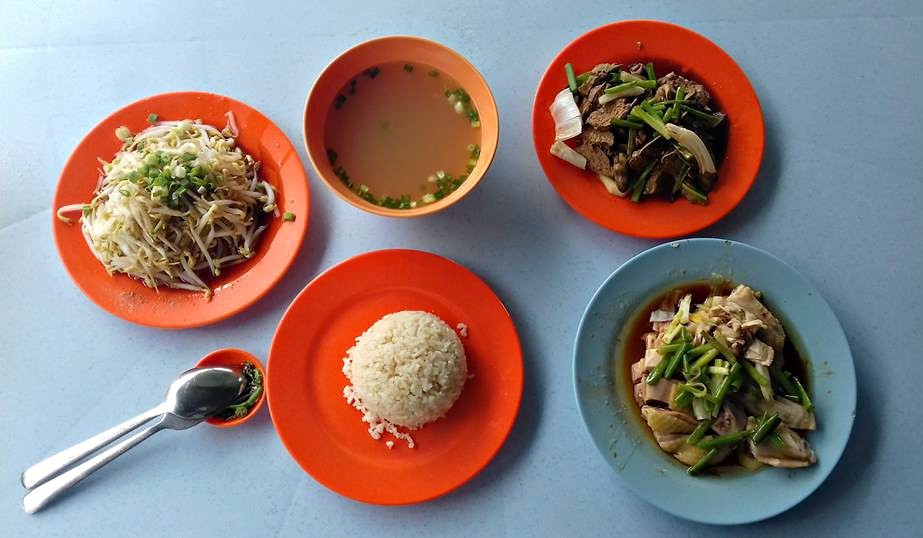 Lou Wong is perhaps the most famous purveyor of this Ipoh specialty - ahead of its long-time rivals, Onn Kee and Cowan Street. Starting off selling from a pushcart, Lou Wong now spans a huge corner shop-house in Ipoh New Town where it operates from late-morning till way past midnight daily. 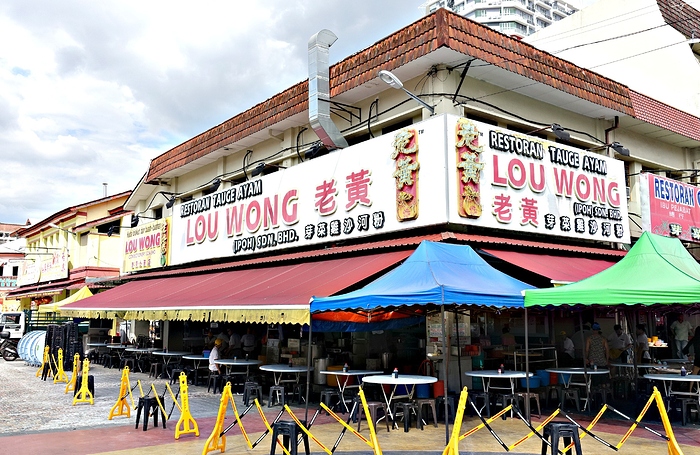 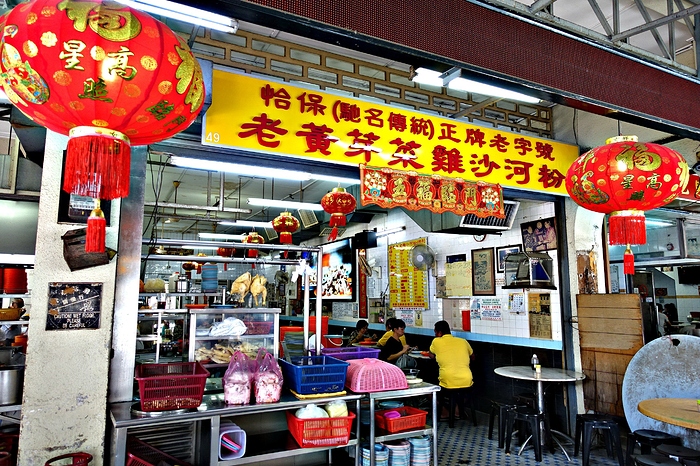 A typical meal at Lou Wong would consist of very aromatic chicken rice, scented with pandan, and given a delicious flavour from being fried in chicken fat, then cooked in chicken stock with ginger, garlic and spring onions. 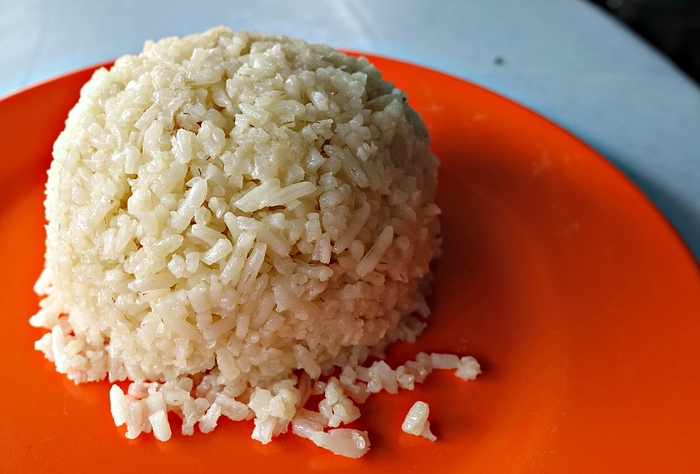 Freshly-poached chicken - usually dunked in iced water right after being boiled to stop the cooking process, then served at room temperature, the traditional way: Poached chicken livers - for me, it’s a must-have for any chicken rice meal. A tad overcooked here. 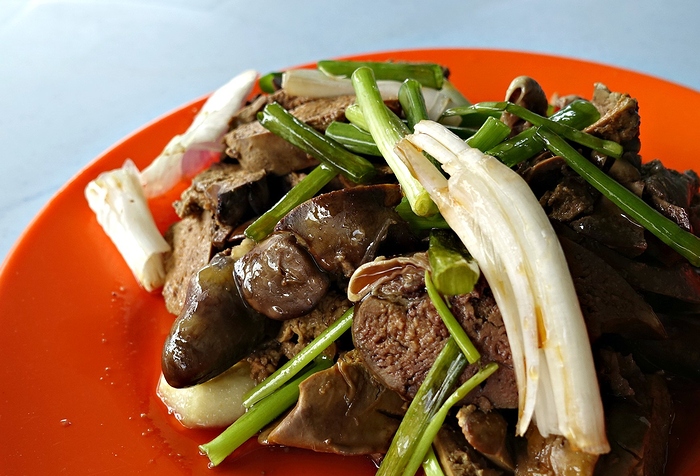 The all-important beansprouts - which differentiates this Ipoh version of the chicken rice from the standard Hainanese-style chicken rice: 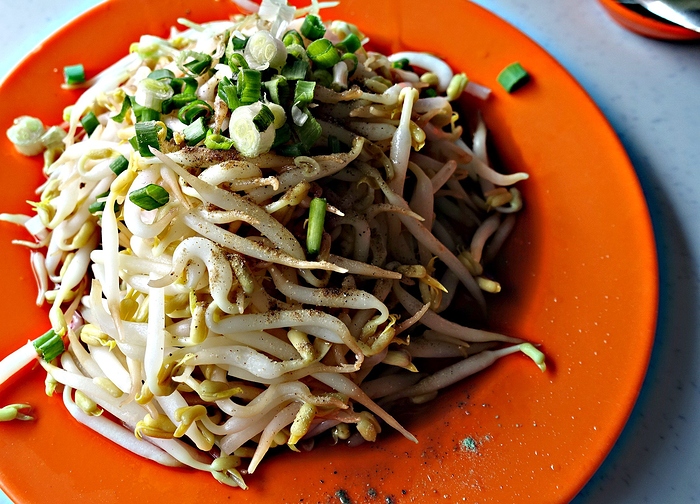 The soup - the one here has a shrimp flavour mixed with the usual chicken stock soup, as it’s also used as a base for Ipoh “hor fun” of flat rice noodles in soup, which traditionally uses as chicken-shrimp stock. I think I prefer the normal light chicken soup to this. 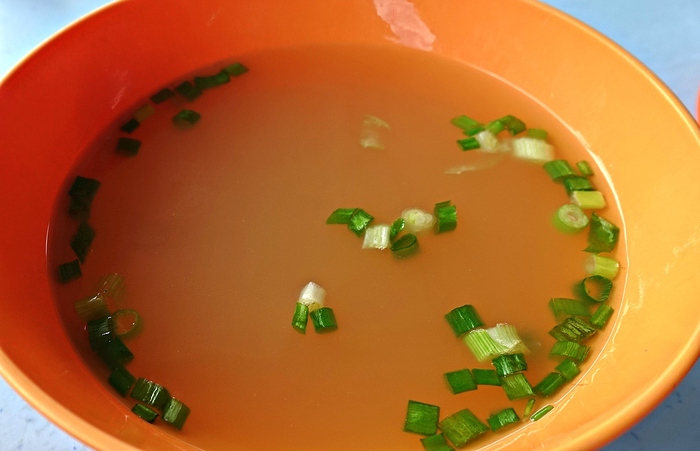 Overall, Lou Wong still sets a pretty high standard for this dish. It’s become pretty touristy, though - and that turns off a lot of local Ipoh residents. Lou Wong seems inundated by out-of-towners who form the majority of its clientele at all hours. That has an impact of its reputation locally, plus its mass offering of the product has also seen a slide in its standards overall.

Taugeh Ayam! I normally dislike bean sprouts, but I always love to eat bean sprouts in/near Ipoh. My grandmother’s house is about 20 minutes from Ipoh and so we can get the Ipoh style taugeh there too. Those are the only bean sprouts I ever eat.

And I think the Ipoh-ites have perfected the art of preparing the beansprouts to a ‘t’ - flash-blanched to get rid of the “raw” taste of uncooked beansprouts, but brief enough to ensure the crunchiness is retained. Then dressed in chicken fat-sesame oil-soysauce and other condiments. Topped with chopped scallions and a generous shake of pepper before serving.

Proportion of the various sauces they used to dress the chicken and beansprouts before serving is a trade secret, but they do sell them separately. 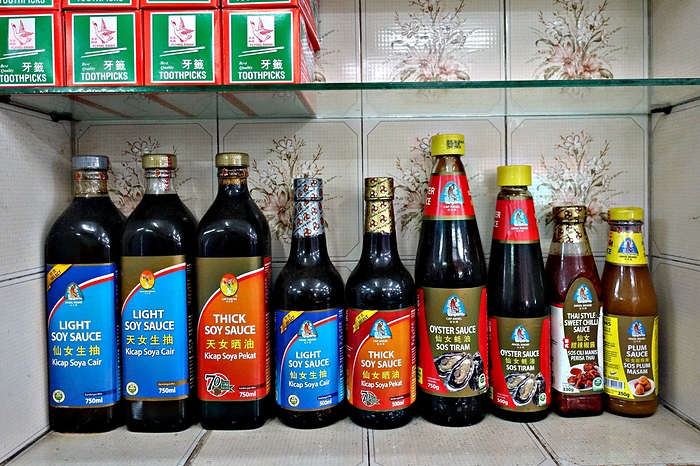 My understanding is it has to do with the quality of the signature short stubby beansprouts which benefits from irrigating with limestone rich waters.