Cantonese owner-chef, Wong Koh Kee, founded his namesake restaurant nearly a century ago here on Concubine Lane, in the colorful quarter of Old Town, Ipoh. The legendary eatery is currently run by the third-generation of the Wong family, fronted by his sixty-something year-old grandson, Wong Ying Hoong. 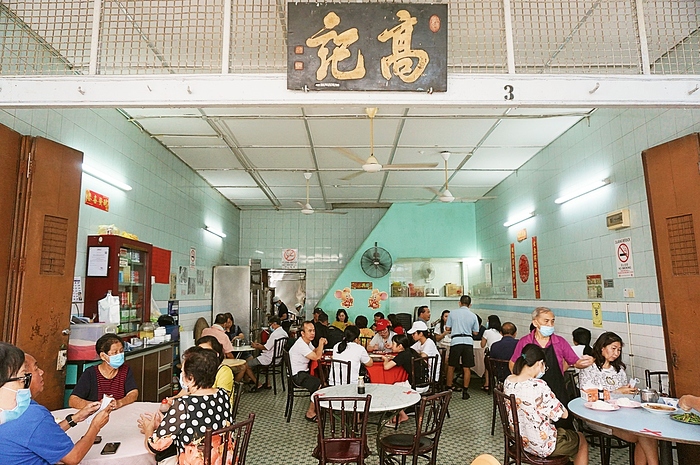 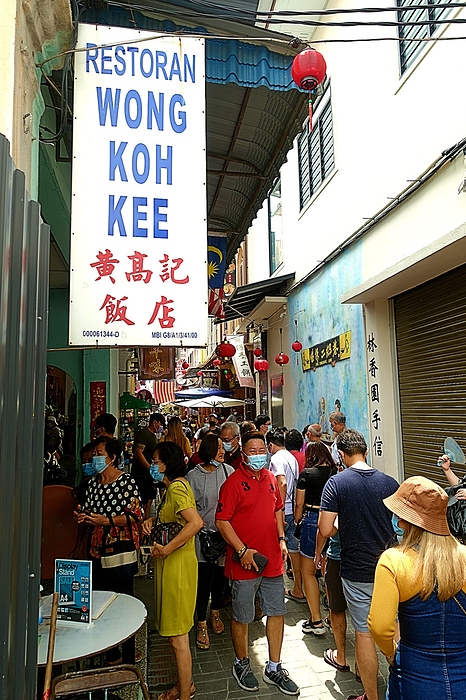 Traditional Cantonese cooking is the byword here. Ipoh is a largely Cantonese city, and Ipoh-ians can be pretty conservative in their taste preferences. Wong Koh Kee dishes out some very tasty Cantonese fare in this busy little place. 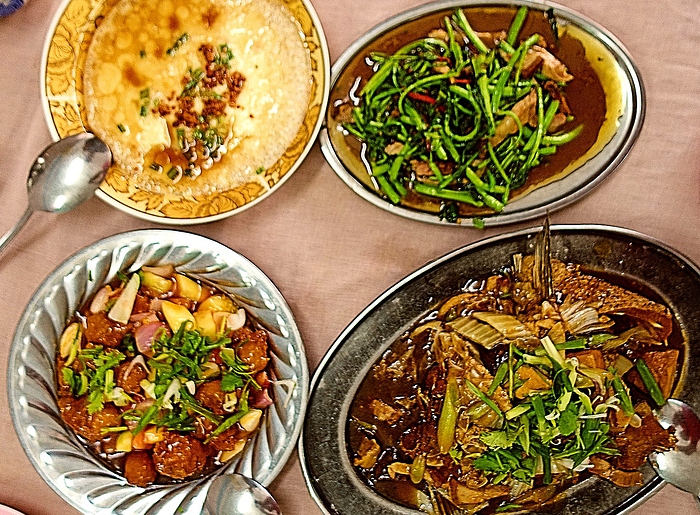 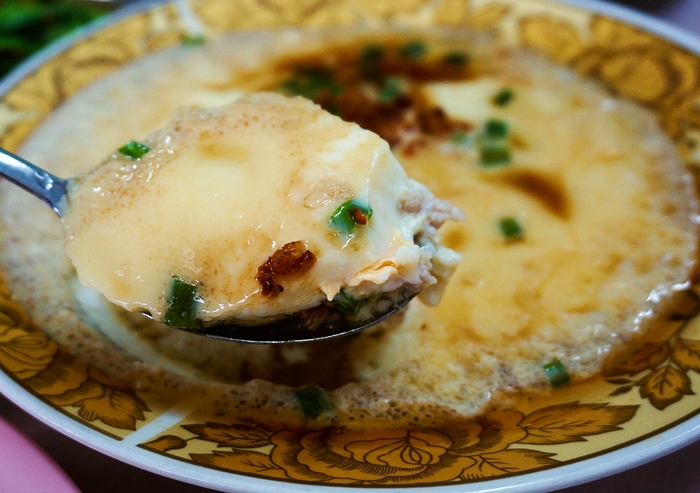 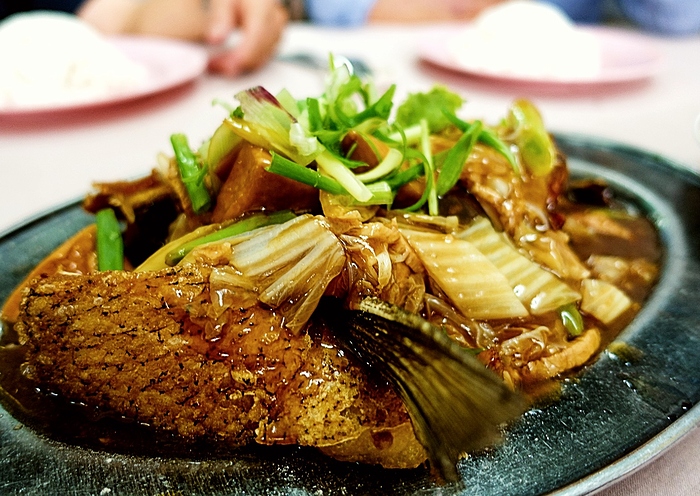 We just tasted some of the best Cantonese fare in a long, long time today. This place is a definite keeper. 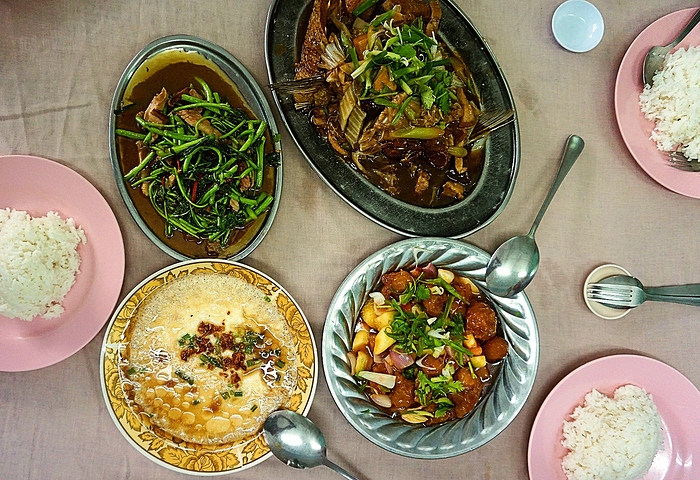 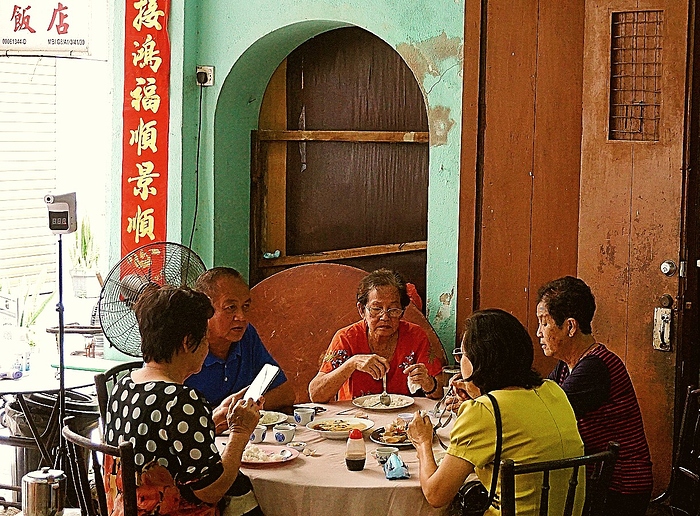 Sweet & sour pork has long been my standard order from Chinese takeaways (most recent was last Friday’s dinner). But until fairly recently, I’d never eaten it in a “good” Cantonese restaurant (i.e. one of the better places in Manchester’s small, but perfectly formed, Chinatown). Something of a revelation with the sauce not being as, erm, gloopy, as the takeaways and, much more to my liking, more of a hit from the “sour”. What would the tangy sour element be likely to come from, Peter? It was there but I couldnt identify the flavour.

Looks velvety and rich. Everything is so rich, even the kang kung. The steamed egg dish is interesting but I can’t eat those black eggs.

What would the tangy sour element be likely to come from, Peter? It was there but I couldnt identify the flavour.

Always a basic combination of tomato ketchup and vinegar for the sour tang, John, carefully offset by sugar to achieve that elusive perfect balance. In cheaper Chinese takeaways, they just bung all these together.

In good/proper Chinese restaurants, the sauce will have a gentler (less sharp) quality from the use of good quality vinegar, complemented by Chinese plum sauce, a bit of Worcestershire sauce (for a “fuller” flavor) and oyster sauce. Try this recipe at home: 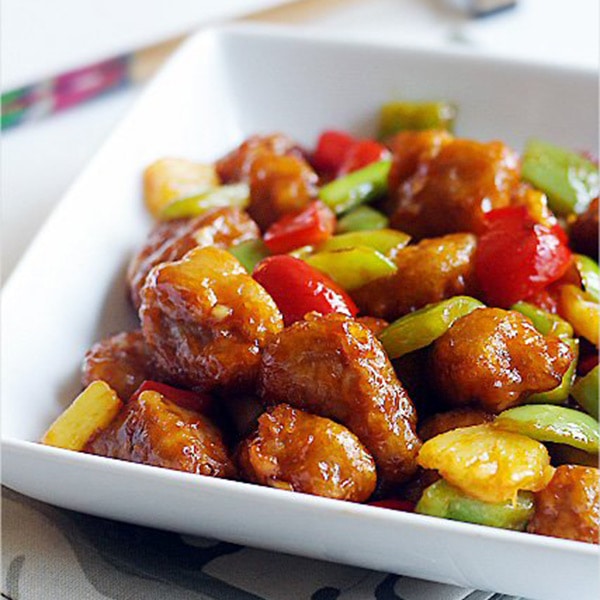 Sweet and Sour Pork - The secret to this popular Chinese recipe is in the sweet tangy sauce. Learn how to make easy sweet and sour sauce at home!

The steamed egg dish is interesting but I can’t eat those black eggs.

Century eggs are really an acquired taste. As a kid, I could not stand it - it looked weird and tasted funky. Then, at one point in my life - I simply could not remember exactly when - I suddenly developed a taste for it! I was thinking it might be when I was in Taipei many decades back, and was served a combination of cold, soft tofu with chopped century eggs, topped with a savory oyster sauce and chopped scallions. I never turned back since.

basic combination of tomato ketchup and vinegar for the sour tang,

Thanks for that, Peter - and the recipe. Definitely one to try.

Hi Peter, I will be in Ipoh tomorrow for a few days, mostly to eat.
Top 3 recommendations for someone from KL?
Just looking for some ‘only in Ipoh’ bites. This Cantonese place is on my list.

Besides Wong Koh Kee, you have to do Thean Chun for its “kai see hor fun”, pork satay (including pig’s intestines and pig’s liver), and the caramel custard dessert - all legendary food items which I first had here nearly 50 years ago - nowadays, the stalls are run by the second- or third-generation of the same families.

Nam Heong for its white coffee and “hor hee”, a uniquely Ipoh noodle dish. Its name is a Cantonese mispronunciation of “her ee”, the Teochew term for fish-balls. Somehow, “hor hee” became a classic Ipoh term for this noodle soup dish, garnished with a variety of fish-balls and fish-cakes.

In the evenings, you can go to Tuck Kee or its rival, Sun Tuck Kee for its “yut kwong hor”, fried noodles, topped with a raw egg yolk. They also do Cantonese noodle stir-fries (“gong fu chow”) pretty well.

Whilst Kuala Lumpur and Ipoh are the two largest Cantonese-speaking cities in Malaysia, it’s interesting to note that the people in the two cities have different Cantonese terms for their food and drinks, as illustrated in this video. So, if you do speak Cantonese, make sure you use the right terms in the respective cities.

P.S. - It’s the same for Singapore vis-a-vis Penang, two cities with similar majority Hokkien populace. The terms for certain food and drinks can differ depending on which city you’re i

Sounds similar to the various names we have in the UK for the humble bread roll. Where I am , it’s a barm(cake). Ten miles away, in the town where I used to work it’s a bap. And, go a few miles further east, it’s become a cob.

Sounds similar to the various names we have in the UK for the humble bread roll. Where I am , it’s a barm(cake). Ten miles away, in the town where I used to work it’s a bap. And, go a few miles further east, it’s become a cob.

Precisely! Variances even though geographically near. 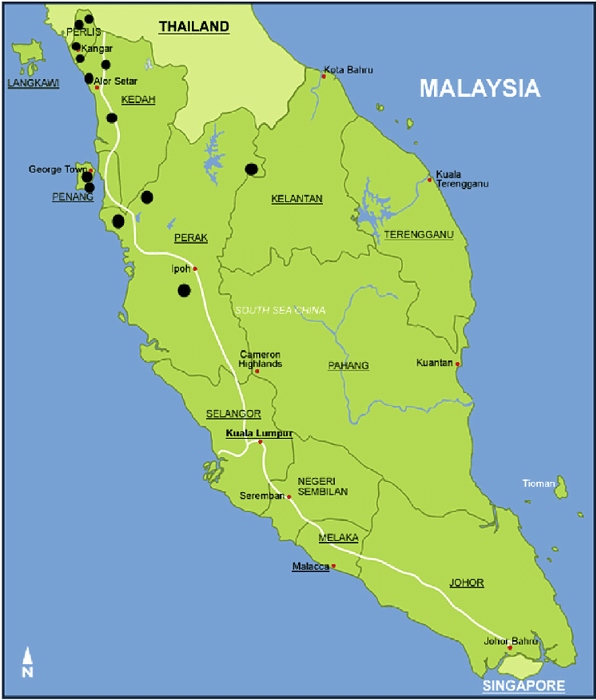 BTW, one of the historical reasons why Penang has a Hokkien majority population compared to Ipoh’s Cantonese one was the 1867 Penang Riots, which pitted the two dialect groups against each other. The Hokkiens won the 9-day skirmish against the Cantonese which left hundreds dead. It caused a mass exodus of Penang’s Cantonese population at the time southwards to Ipoh, and subsequently to Kuala Lumpur. Picture below from the Penang Museum showed armed merchants on Beach Street guarding barricades as anarchy descended upon Penang - until Indian sepoys arrived from Singapore to restore order. 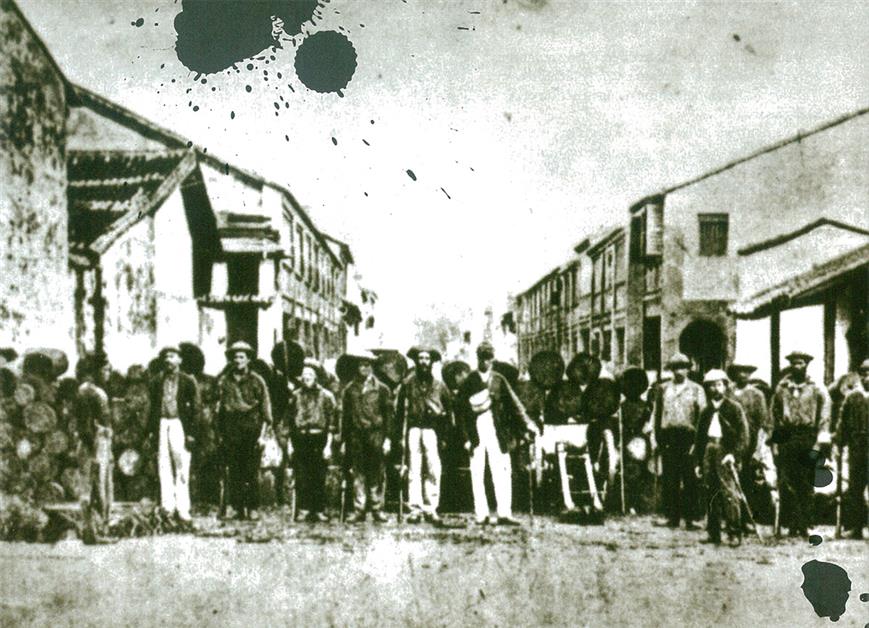 Another photo - this one from an album presented to Prince Alfred, Duke of Edinburgh, by the Bishop of Penang during his 1869 visit. 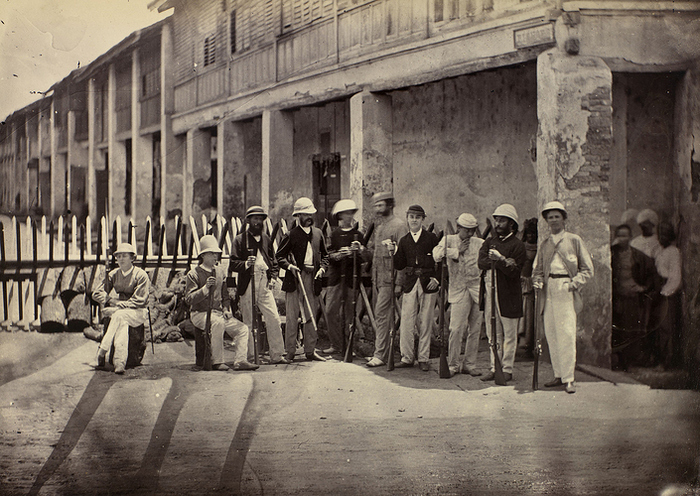