r/AskReddit - Non-Americans, what is the best “American” food?

While I’ll readily admit I haven’t read all 34,600 comments, many of them surprised me.

My favorite reply so far is:

I havent contributed to Reddit, but am happy to give an answer here (bearing in mind we have only visited Eastern states).

In the South, it’ll be BBQ.

In New England, it’ll be seafood. Even though I live on this small island off the coast of Europe, surrounded by seas full of nice things to eat, we do not generally appreciate seafood here. New England seafood restaurant offerings far surpasses our own.

As I’m skimming the thread, New England clam chowder and lobster rolls are some of the most frequently mentioned, as is BBQ, especially beef brisket.

My European relatives seem to love and seek out apple pie when they visit North America.

For me, as a Canadian, when I visit the South, it’s fried chicken, crab cakes, hush puppies, peach cobbler, pralines and pecan pie.

All my favourite American dishes are sandwich based, Reuben sandwich, lobster roll, Philly cheesesteak., French dip sandwich If pushed though and I have this the most, it would be a Wendys’ single cheeseburger.

As someone who’s originally a non-American

I’m not sure what it is about buffalo sauce that hits all the buttons, but regardless of country of origin, everyone loves it!

I brought back a few bottles of wing sauce when we lived in Paris and made a batch of wings for a party. One friend came up for air (he’d just inhaled a half-dozen) and excitedly declared that these would be good with beer!l. Lol. Yes, Jean-Paul, they would!

I’d be an exception. I find it too spicy but, also, I’m not fond of wings, in general. In fact, apart from sandwiches, I’m not that fond of anything where I’m using my fingers to eat.

The Mexican food made and sold in California is Californian and American, as far as I’m concerned. I seek out the dishes that are done poorly in Canada. 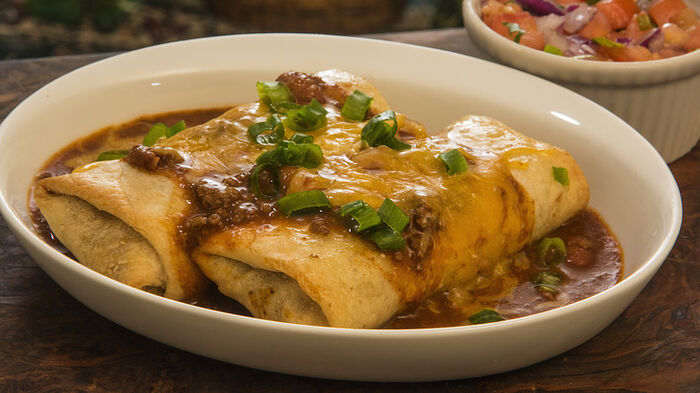 "Mexican" Foods That Were Invented In America

Some of those foods you think are Mexican... aren't. Here are some of the Mexican foods that were actually invented in the United States.

"Basically, if they serve it in Taco Bell, we don't have it here."

The food cooked by recent Mexican immigrants opening restaurants in Toronto where I live is nothing like Californian Californian Mexican food.

Taco Bell has its place, but I can find that in Canada. I don’t bother with what I can find at home when I travel. 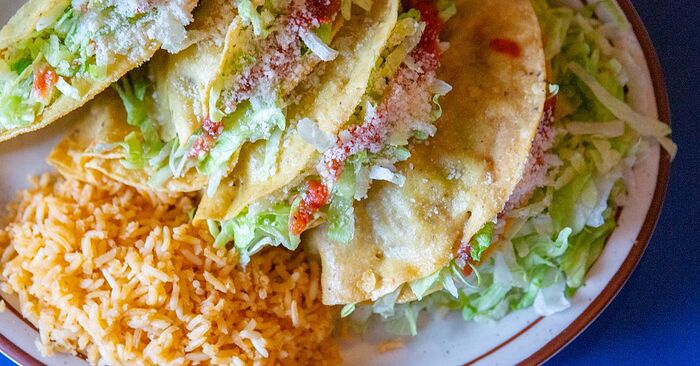 The fried taco, blanketed in Parmesan, is essential to the city’s Mexican food history

The Cajuns lived in Acadia (in Nova Scotia and New Brunswick- some Acadian communities still exist in Canada) before arriving in Louisiana, and Creole food has its roots in the Caribbean and Africa.

Not sure I follow or agree with your logic.

Food evolves as people move around.

For our family’s relatives in Scandanavia, it’s always “american” pancakes and burgers. In N Out etc. There’s less beef over there.

I also like American pancakes for breakfast, with syrup (although I don’t like the thin crispy bacon that often comes with them in the States). I usually have a pack from the supermarket in the freezer, ready to microwave. And, for breakfast, I never think to have our own pancakes (the sort Americans and the French call crepes).

As someone who grew up in New England, I am disqualified from answering this (although I am deeply appreciative of those who have chimed in regarding Atlantic lobster rolls and fried belly clams…I mean, I didn’t make 'em, but I am appreciative!). I think if I wanted to introduce someone from abroad to “American food”, I’d want to have them try something like a taco from the Kogi truck. I feel like one of the things American food provides, when done well, is the creation of a marriage between cultures (I hesitate to say “fusion” because, as Martin Yan once put it, the is also “confusion” on that path) that leads to something that can be better than the sum of the parts. I think that is also one of the reasons Buffalo wings are a standout - who would’ve though that a fried wing, hot sauce, butter, and blue cheese would work?

There’s an American invention called Boneless Wings (chicken fingers in wing sauce) for people who don’t like wings, or don’t want to get their fingers dirty. I can’t speak for all American wing joints, but in neighbouring Canada, wings at most places usually come in at least mild, medium, hot, suicide, honey garlic, and often salt & pepper.

Also, a lazy cioppino is available in many northern Californian restaurants that serve cioppino, which has the crab taken out of the shell, so there is less effort, less mess, and the hands stay clean, for a small surcharge.

Not to mention the infamous Buffalo Wing Dip.

Is there a definition of American food?
What makes something distinctly us?
When does a dish become ours?
Because, besides Native American cuisine, all our dishes originally came from elsewhere, didn’t they?