I buy the canned version for eating, ice cream, smoothies and cocktails. I rinse well and puree them out of the syrup.

I would say that at the moment, here in Barcelona, perhaps Boletus (penny buns) served with simply Scrambled or Sunny side up eggs, as Three Michelin Star Chef Juan Mari Arzak and Lady Chef Elena Arzak have on all their autumn and Winter Menus.

Truffles, shaved Thin layers or slithers on top of pasta, risotto or even lobster …

We are lucky in nyc to get fresh lychees easily in season - from most street vendors of fruit, or markets that carry more international ingredients (and definitely in Chinatown).

I’ve never bought canned lychees, but they are certainly ubiquitous for lychee martinis, and anytime there’s lychee in a restaurant dish it’s most likely from a can.

Having eaten both, the canned ones to me taste pretty spot on, just if you took a fresh lychee and soaked it in sugar

- the pulpy/gelatinous texture of the lychee actually lends itself better to canning than many other fruits.

Now what I’d really like to find fresh is toddy palm fruit - called tadgola (among other things) in India. I’ve seen it canned in syrup in Chinatown, but the flavor of the actual fruit is so mild when that the sugar takes over. Similar gelatinous texture to lychee, but much smoother (and a larger fruit, no seed).

We had a blast of summer heat yesterday here in Boston, so had to grill and had to try this Jerk . . . . . EXCELLENT.

Thanks so much for bringing this to my attention, I was really pleased with the heat, flavor, citrus note . . . all around a winner! I bought the “spicy” marinade (I also bought the hot and spicy version but decided to use the spicy first) and knew it was going to have a good spice when I used my hand to mix the chicken with the marinade and about 20 minutes later my hand had that “tingle” that comes from exposure to hot chilis. I’m going to stock up on it!

For anyone looking for it in the Boston area (at least at my Hannafords) . . . it took me a while to find in the store. I thought it would have been with all the BBQ sauces, which also include other Jerk seasonings, teriyake marinades, etc. But I was wrong, it was a few isles over in the “ethnic”/Mexican isle - it had a shelf off by itself.

For those that are label hunters (always makes finding things easier for me) I used the marinade (bottle with neck) and also bought the “seasoning”. The ingredients seem virtually the same but the marinade lists “water” as the first ingredient and the seasoning has brown sugar (if memory serves). Both are “wet”, meaning the seasoning isn’t a dry powder style seasoning. 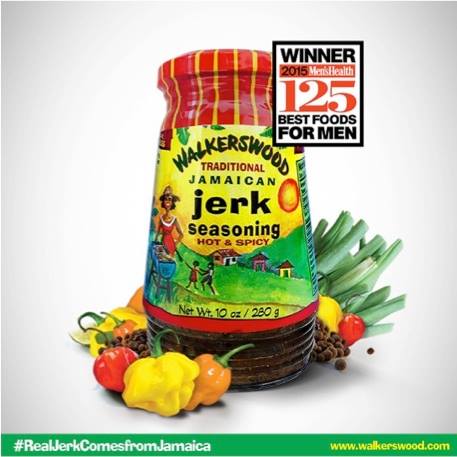 For anyone looking for it in the Boston area (at least at my Hannafords) . . . it took me a while to find in the store.

Wow, thanks for mentioning that I might be able to find Walkerswood Jerk products in Hannaford. Jerk seasoning is one of those pantry items that I “nevah, evah” run across here in Massachusetts.

ETA: My closest Hannaford does not stock. But it looks like Wegmans in Burlington, MA does.

This has the makings of a worthy treasure hunt for me.

RICE FLOUR! Not as sexy as other mentioned ingredients but such a cook’s friend. As an ingredient in beer batter. Viet crepes. As “baker’s teflon” when kneading or forming bread doughs. Replacing cornmeal on pizza peels.

If all else fails there is always Amazon

ETA: My closest Hannaford does not stock. But it looks like Wegmans in Burlington, MA does.

This has the makings of a worthy treasure hunt for me.

And besides. It’s Wegmans.

My closest Hannaford does not stock.

I was surprised that each Hannafords doesn’t have an inventory database - it took a customer service guy and having him contact 3 different people, stock people, in the store for us to find it in the ethnic aisle. It is on their corporate website, which is why he was willing to keep looking for it, but not every store has the same inventory apparently (from what I learned from trying to find it).

So while I’m always up for a Wegman’s trip, don’t be so sure it isn’t hiding in your Hannafords somewhere!

Now I have a new product to look for @Thimes! I was unaware they had a marinade, so I’ll have to look for it in the markets.

So glad you liked it.

There are lots and lots of delicious recipe based on rice flour not glutinous rice flour ( from regular rice versus from sweet rice or mochiko of glutinous rice)
If. you have been to a Chinese dim sum, here a re a few examples
steamed rice cake( not my favorite unless I eat it with shredded coconut, the filipino version which I wrote about recently. called puto and kutsinta , one with rice and one with glutinous rice ) , turnips cake, radish cake , taro cakes . 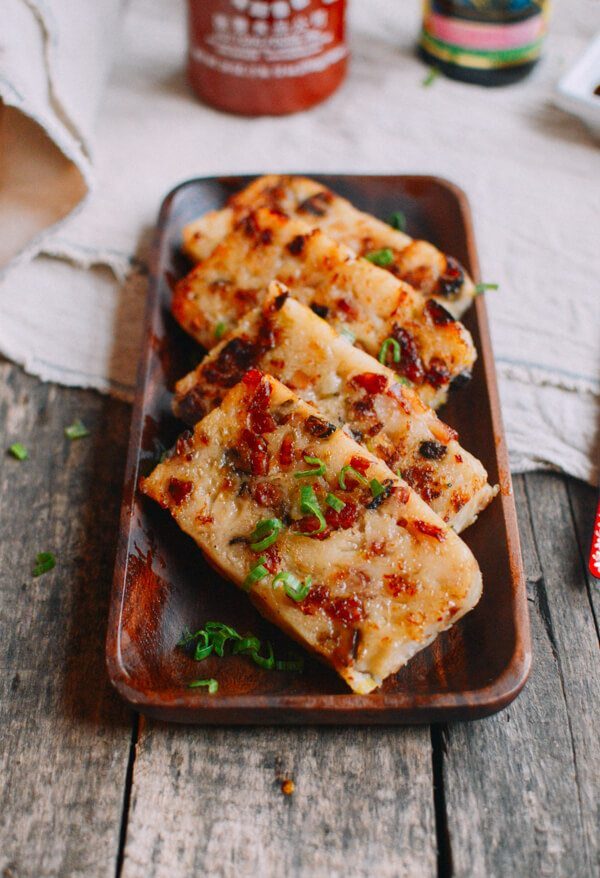 
Here. is another of my favorite, pumpkin cake
https://tinyurbankitchen.com/savory-chinese-pumpkin-cake-family-recipe/
Just follow whatever. you like to make these cakes. I like to add scallions, mushroom, Chinese sausage, even small Louisiana dried shrimp to my turnip , radish and pumpkin cakes.
Hope this helps.
1 Like
GretchenS September 14, 2019, 11:43pm #198

Available at Wegmans Burlington in the aisle marked International / Latino, next to the salsas. 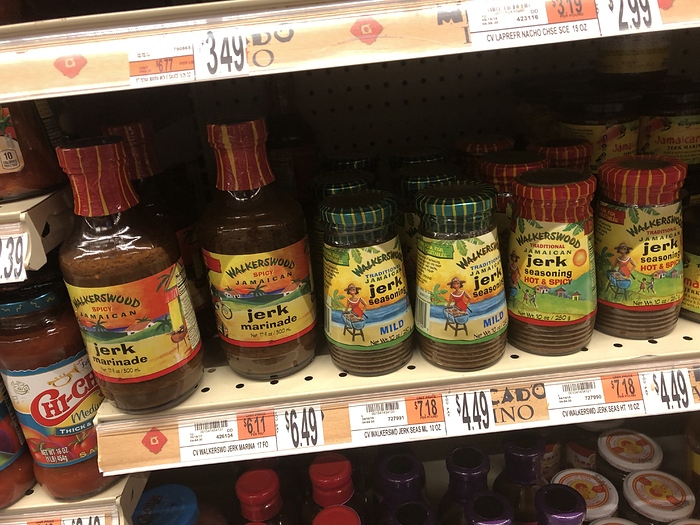 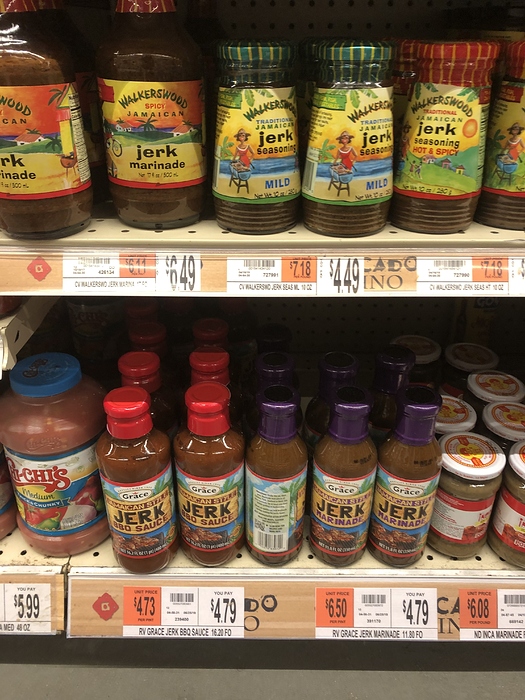 Available at Wegmans Burlington in the aisle marked International / Latino, next to the salsas.

Was just there earlier today!

Finally had an excuse to be near Wegmans (Burlington, MA) today and remembered your tip about the Walkerswood Jerk Seasoning, @GretchenS. Score!

The thing is, even more stuff followed me home. Especially excited to try the Aji Amarillo paste because I have never seen that in a store before.

@LindaWhit, today I finally realized why Wegmans makes you happy. Yeah, took me more than a minute.

ETA: I don’t have a Wegmans shopper card because I’m rarely there, so the cashier scanned one at the register to give me a small discount. Great customer service. 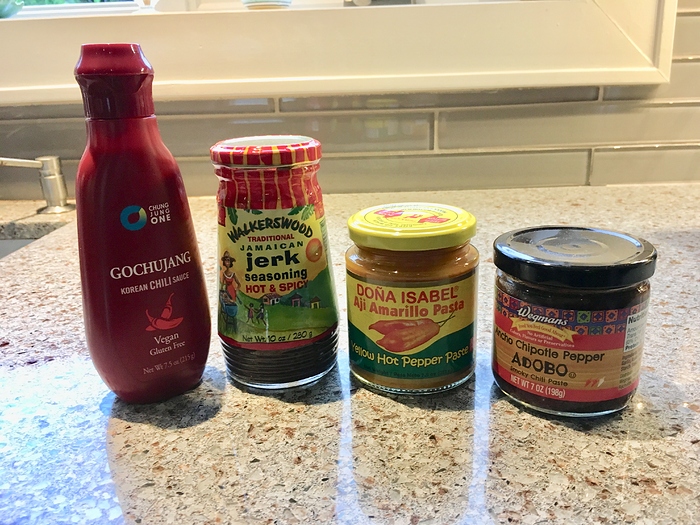 @LindaWhit, today I finally realized why Wegmans makes you happy. Yeah, took me more than a minute.

It doesn’t hit everyone over the head immediately like it did me. But 99.99% of the time, you do get knocked upside the head and think “what the hell was I waiting for?”

The thing is, even more stuff followed me home.

It’s a given at Wegmans. LOL