Induction - Why is it slow to catch on in the US?

I had used induction in a restaurant job, and bought the Wirecutter recommended single on Amazon for about $60. Love it!
I talked about buying an induction range to the guys repairing my washing machine. “Lady, do you know how many coils those things have? They cost thousands.”
Still considering an induction range, but will definitely check repair rates!

I have a 2 “burner” Wolf induction that I’ve been using for the past 8 years as a supplement to my 1946 Wedgwood gas stove. I love the induction but did have to get a special voltage outlet installed to use it. I have a variety of pots so didn’t buy any specifically to use for the induction nor have to replace any since I still have the gas as well.

I very much want one, as I’ve been cooking on a two-burner electric thingy since my stove died, and I do not want another full-sized stove - I’m happy with my small convection oven and my multi-pot, but not with the electric thingy. But the cheap ones are cr*p and extremely noisy. I’m looking for sales on the better ones, and on kijiji.

I’ve cooked on them in Europe and love them. Indeed, they are much safer for forgetful people. They would be a good idea for semi-autonomous seniors who still cook and love to cook, but might be a bit forgetful. And for students, or anyone living in a small flat.

And I agree about box wines. We do have some good beers here in cans.

The noise freaked me out the first time. Like a sound effect in a budget 80’s movie before something is about to explode.

Indeed, they are much safer for forgetful people.

Yes, when compared to gas. At times, I thought I had turned off the stove, but it was still on, the pot was emptied and being put back in the same spot without thinking… the pot kept on cooking, most of the time, it ended up with tough-to-wash burnt pot. One time, I kept cooking an empty enamel pot on high heat a whole 30 minutes (it was used for boiling water for tea), the pot didn’t melt, a tiny chip at the bottom as a reminder to be careful next time.

“But the cheap ones are cr*p and extremely noisy”
I am curious how “crap” is crap. The one I put up in the cabin is middling - commercial grade and wider base SS construction around $150 - Avantco brand so far I am pleased but admittedly have not put it through paces- the commercial ones get $$$ fast after that but I am not a restaurant it’s a weekend house. I just bought a sub $40 job on Amazon I am curious how it compares to an electric hot plate (UGH) (I realize it’s 4X more expensive than a $10 hotplate and this is expensive to many people but its’s still a relatively low cost appliance) I am not sure when I will have time to test but I will run all 3 of them side by side at some point.
I am curious if the basic cheapo models could be better and safer than what is currently in much housing - judging from what i see around many people have little knowledge of how to properly use gas and electric stoves as it is - the “always cook on full blast high set” comes to mind.

At times, I thought I had turned off the stove, but it was still on, the pot was emptied and being put back in the same spot without thinking

Once I left a cast iron pan on the induction and took a phone call outside & forgot to turn it off - The pan got super hot and overheated the unit shutting it down - I was very worried it was damaged but all was ok - smoky and some lost seasoning but OK.

Another genius move I was under the impression that *any magnetic disk would work as a transfer to a non-induction ready pot - so “Mr Improvisation” used a 8" saw blade - BAD IDEA - by the time I realzied what was going on the blade was blackened and warped and smoking but the water in the non-induction base stock pot was still cold. Thankfully nobody was there to see this

I’ve had quality beer in a can, but have yet to find any box wine that is worth drinking. Recommendations? And now back on topic.

We have regular power outages a few times a year, lights go out, I start the generator which powers the basics, fridge, heat (propane) and some lights. For years I’ve used a crappy hot plate to try and cook. Takes for ever to get hot, and forget about boiling water. On top of that it’s a KW hog and the lights dim when you first turn it on. Recently I received and induction burner as a gift, it’s a NuWave. I have no idea how long it will last or if it’s a good burner, but it worked great during a recent outage. Heats up quick and uses way less electricity. Was like cooking on any of the burners on our regular stove.

We replaced our stove a 7 or 8 years ago and I looked into the induction versions, but they were way expensive back then. I imagine the price is coming down and perhaps the next time we replace our stove.

I saw something mildly interesting yesterday. I was sitting at the counter at Denny’s (don’t ask) and they have these meals that are served on a sizzling cast iron skillet. I saw one come through the pass, just cooked (probably on the flat top) and assembled. The server then takes the skillet and puts it on an induction burner, hits a timer for 45 seconds, slips a handle sleeve on it, and now it’s a sizzling skillet, trailing smoke through the restaurant as its delivered, gaining all kinds of attention as if the whole thing just came out of a hot oven. They have two such induction burners for their skillet meals.

I have no idea how long it will last or if it’s a good burner, but it worked great during a recent outage

Hmmm, I’ll have to look into this (she said, as the lights flickered as the snow fell). We must have had five power outages this fall and winter. If our generator can power an induction burner that would help a lot. Thanks for the idea.

Recently I got a nice portable stove because my rental home stove is only good for some cookware but not others. Well, a portable stove may work for you during a outage too.

Recently I got a nice portable stove

More to think about, thanks! After this year’s power outages, we need a better plan for getting by. I need hot tea when I wake up.

Perverse and ingenious at the same time. The never ending quest to feign authenticity. I bet people dig the sizzlin skillet though. I miss Dennys though we dont have them here.

Presentation matters. I cannot count how many dishes presented as such. I don’t think negatively of them. Putting after-effect grill marks too, right?

Portable gas cooker and a gas or charcoal grill outside. Save the generator capacity for refrigeration, TV, and Internet. grin

Issue here is usually when the power goes out it’s nasty outside. I am fortunate that the house is wired for the generator, makes it easy once it’s started.

Funny thing about the internet is when the power goes out the cable goes out and that takes the internet with it. I can use my phone as a mobile hotspot and we do get 4g so it’s not a bad speed, up to to 12mb, but that only lasts as long as the battery power at the cell tower. Sometimes 4 or 5 hours. Then nada.

If you run the cable box on your generator you are likely to find that you have Internet.

The cabin occasionally loses power. Many of my neighbors have generators. I have a large UPS for television and a few lights.

I think, if I became a full timer at the cabin, I would install solar with batteries. Budgeting $15k.

junior, where are you that a cell tower loses power?

Cable box is on the generator. I’m guessing it’s a downstream router or server that loses power and that’s all she wrote.

I live in a rural area with spotty cell coverage. Tmobile is one of the only carriers. When it’s up we get a good signal and great access/service, but the cell tower runs on the same power line as my house. If I’m out so is the tower.

This thread was the inspiration to do a hot pot dinner to ring in Spring 2018!

Our Circulon portable is just about perfect for at home tabletop hot pot dining. Shabu Shabu!!! 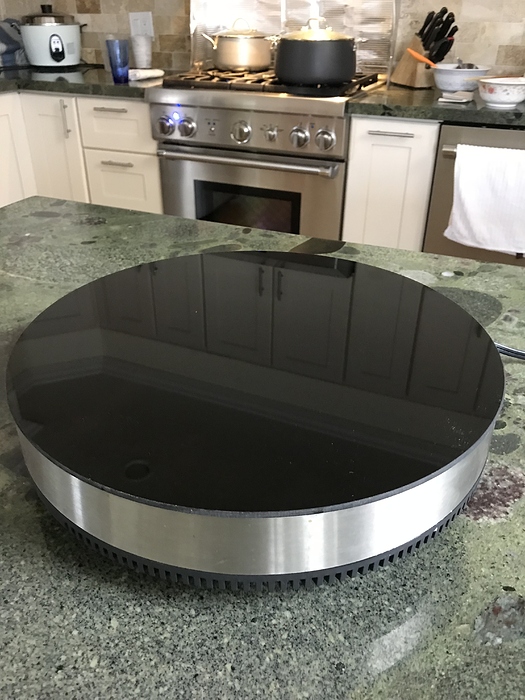 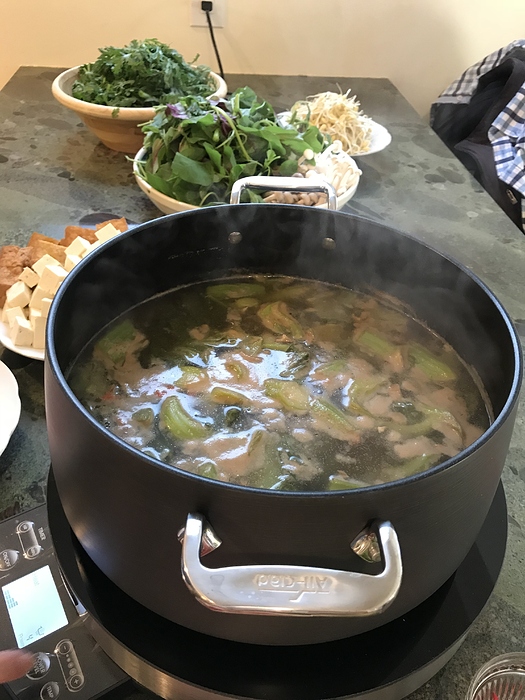 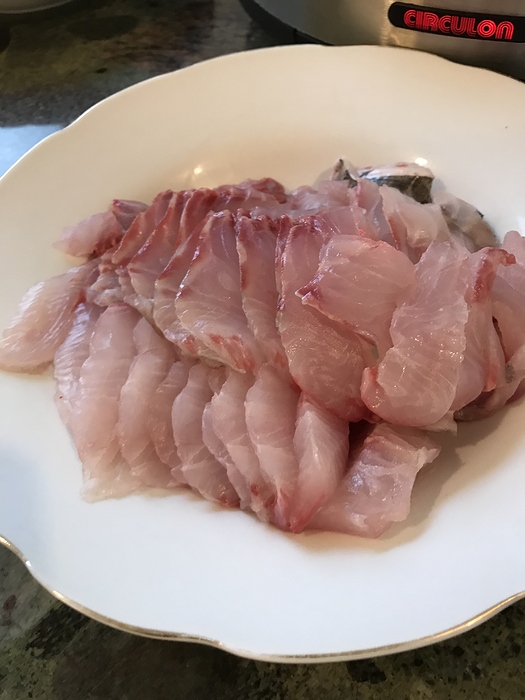 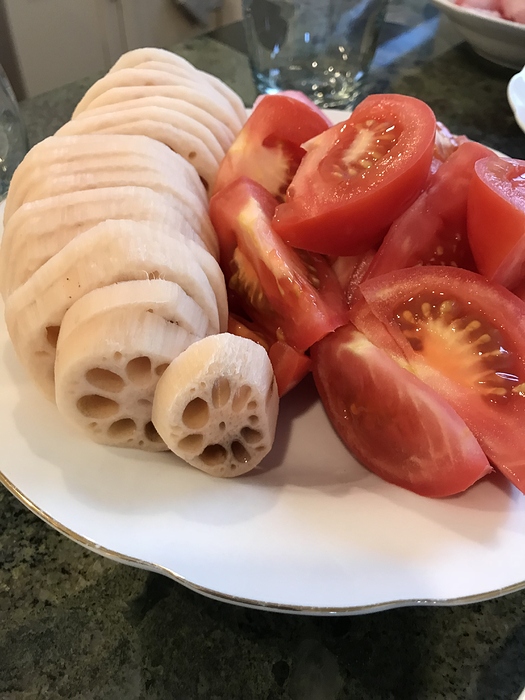 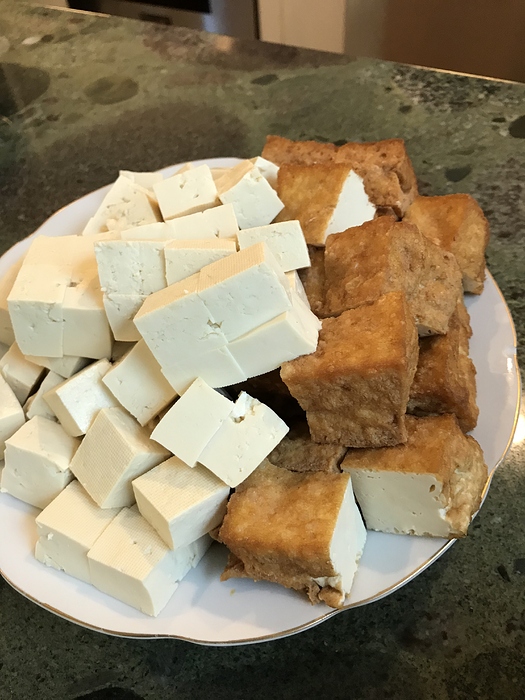 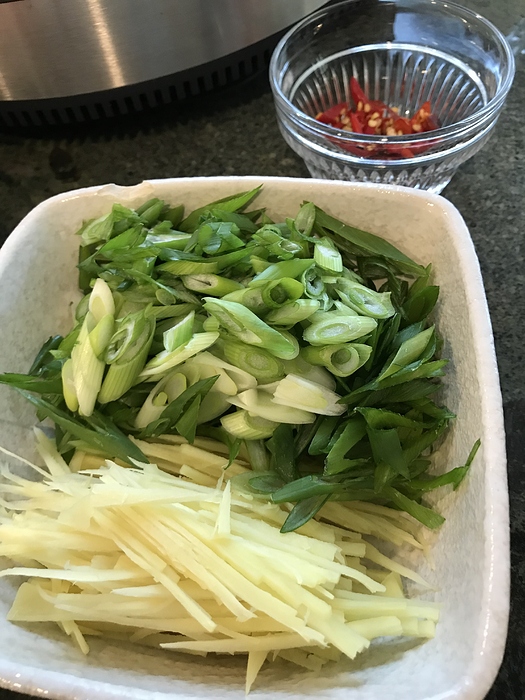 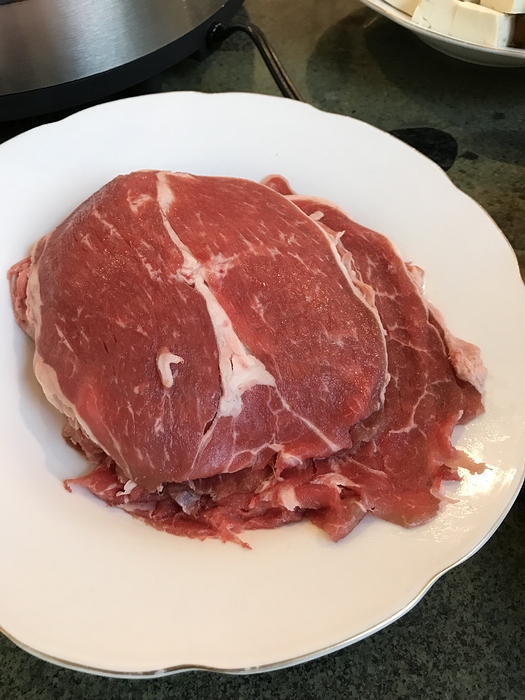 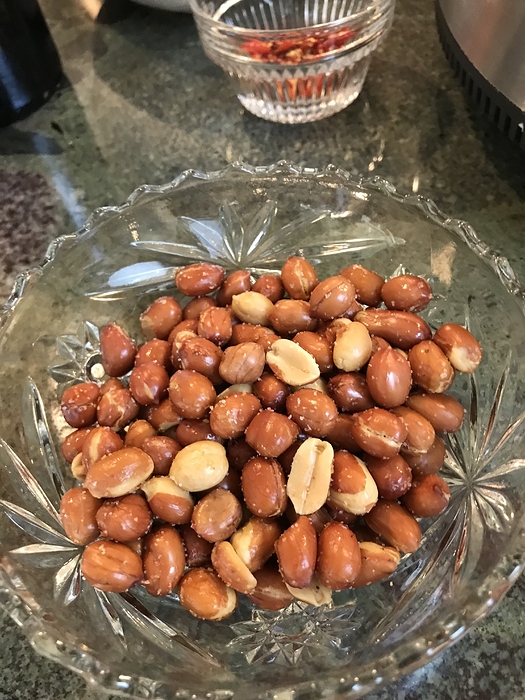 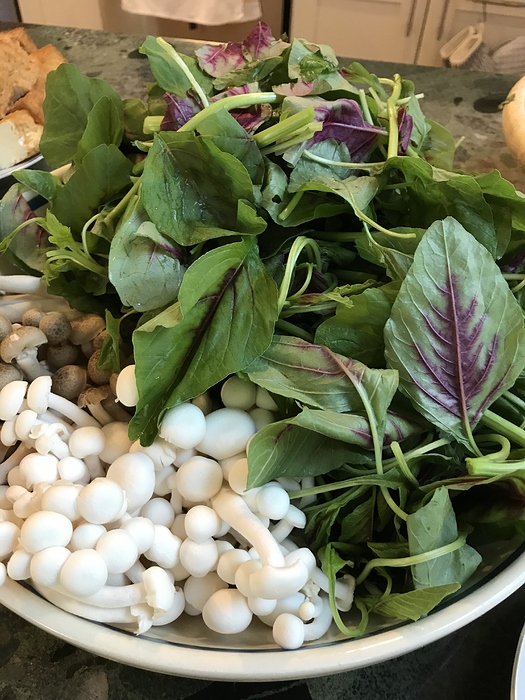 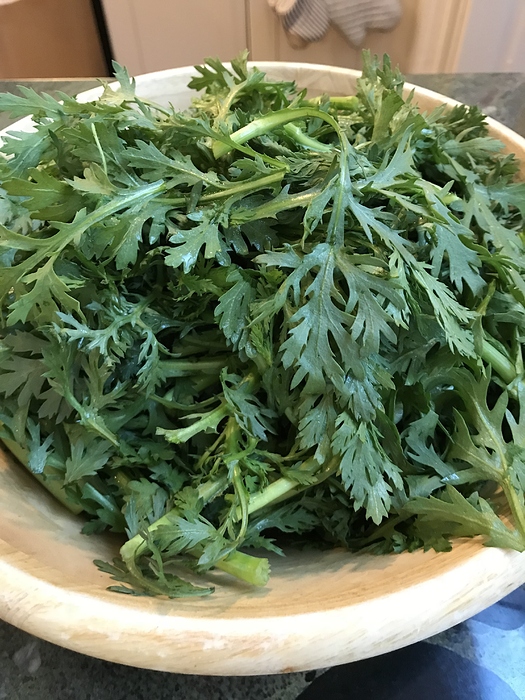