Induction vs. gas, a US-based dilemma

Ha ha ha. It reads like “My dad can beat your dad”

Ha ha ha. It reads like “My dad can beat your dad”

Well you knwo what I mean, and that’s most important

My Dad works for Nintendo. And he’s an astronaut. And induction is better.

Very nice discussions from many people, especially @am47, @alexanderras and you.
Let me briefly share my thought. Most Chinese people use woks for stir frying. There several style of stir frying (I don’t know the best way to translate them, but they are: 清炒、爆炒、軟炒、溜炒 、煸炒、乾炒…) The one which requires very high heat we often see in restaurant stove is the Bao (爆). Wikipedia has a nice section about it: “In the eighteenth and nineteenth centuries, the bao technique (Chinese: 爆; pinyin: bào; lit. ‘pop, explosion’) of stir-frying on a high flame was typical of cuisine from the northern Chinese province of Shandong.[1] The wok is first heated to a dull red glow over a high fire. The oil, seasonings, and meats are then added in rapid succession.”

To me, the biggest advantage of a wok is its shape allowing very session of food movement – absolutely not need for pan frying a piece of thick steak, but very useful for cut up and smaller piece of foods. The Bao technique mentioned by @am47 absolutely need something like a wok. On the other hand, a wok can also be useful even for low temperature cooking – as long as turning and tossing is important. 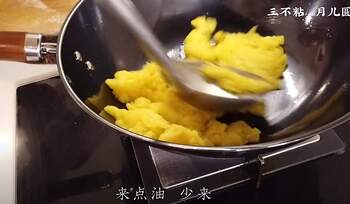 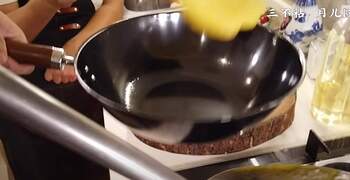 The dish need to be cooked at low flame, but the constant food movement and food pounding makes the wok a good choice.

Yes, I own the 36 cm model. It weighs about 1.6 kg, which looks to be ~200g less than your 32 cm Apollo. This difference is primarily the result of the Agnelli consisting of bare aluminum. Even though the Agnelli is thicker (3 mm walls and 5 mm base), with far more conductive material, the comparative lack of stainless steel is a real boon when tossing.

I find bare aluminum heats and cools faster than any cookware with stainless steel, so yes, I imagine the Agnelli would both heat and cool faster on your cooktop, too. Since Agnelii make non-induction models, too, I’d probably recommend one of those for your gas cooktop. The best models for you to consider would probably be these: ALMA111B36, ALMA111BM36, ALMR1111BM36, ALMR1111W32, or ALMR1111WP32. Just FYI the 1/8" models are ~3 mm thick, while the 3/16" are ~5 mm thick. If you want quicker responsiveness, choose thinner; if you’d prefer greater durability and heat retention, choose the thicker.

Since when is the distinguishing feature of wok cookery, creating wok hei?

A wok is just a pan with a specific shape. This shape can be used for many things that have nothing to do with wok hei.

For example making Cantonese soy sauce chicken by parboiling a whole chicken. A wok is a great pan for this because the chicken is submerged, but you don’t have to use a lot of expensive soy sauce.

Perhaps this article will help get things back on track: https://www.nytimes.com/2022/03/11/dining/induction-cooking.html

It’s behind a paywall.

"Which is why the whole ‘drinking the Kool-Aid’ saying is so odious and so completely wrong. A third of the people who died that night were minors under 18. It’s an extremely offensive saying.”

I didn’t say you were, but whoever wrote this sure was. "Which is why the whole ‘drinking the Kool-Aid’ saying is so odious and so completely wrong. A third of the people who died that night were minors under 18. It’s an extremely offensive saying.”

I cook on a wood/coal fired stove. You can get real flame and live coals simply by lifting an “eye”. Can’t do that with induction or other electrics.

Since when is the distinguishing feature of wok cookery, creating wok hei?

You didn’t address your reply to me, but it’s clear you’re referencing my post above, so I’ll respond anyway.

In short, it’s because wok hei is literally the distinctive attribute of wok cookery. Nothing else is unique to the wok itself – not the shape, or the material, or anything.

In fact the karahi probably developed first in south Asia, and the word for wok in Mandarin – guo – likely arose from the Indian name. Same with the kuali in Malaysia. But the karahi isn’t used for stir-frying, and is never used with same sort of intense heat as a wok. Instead it’s used for shallow & deep frying, as well as making curries.

If you like the general shape of a wok but own a traditional cooktop that cannot accommodate a round-bottomed pan – or produce enough heat to create wok hei – then you’d be better off buying something with a flat bottom: an Italian saltapasta, a French saucier, or the equivalent.

In other words, if your cooktop can’t throw out enough heat to produce wok hei, there’s no inherent advantage to owning a wok.

Well, by that definition pretty much all cookware would share at least one of those attributes (shape/material) with other cookware, and thus there is no inherent advantage in owning anything - except of course a wok because it can produce wok hei on the right stove

If your stove isn’t sufficient to produce wok hei, why bother with a wok at all? That’s been my point all along. Carbon steel is reactive and not a great conductor of heat. What’s the inherent advantage over a karahi, say? I suspect people simply tend to fetishize certain types of cookware. There isn’t any logic behind it, unless you live in Asia and it’s driven by budgetary or space considerations.

Andrew, you’re a smart guy so clearly you know that there are plenty of reasons to like and use cookware despite not having the textbook optimal conditions for its performance

Yes, but damiano was questioning the distinguishing feature of wok cookery, which is wok hei. What else is distinctive about it?

You can’t just create wok hei stir-frying in any old vessel, though, can you? I mean, technically, it’s unique to the wok.

Haha - we’re heading towards another battle of logics. I’ll bow out now - you win

The potential is always there, but the practical obstacles often stand in the way.

FWIW if someone – not necessarily you – wanted to argue that the distinguishing feature of wok cookery is versatility, I’d happily accept that as a possible alternative answer.

But to my mind what really sets it apart from all other cookware is its ability to produce wok hei, even in dishes from non-Cantonese cultures – e.g., Thai, Vietnamese – where the term itself is never used.