In keeping with the holiday spirit...

Mussels prepared in a unique way: 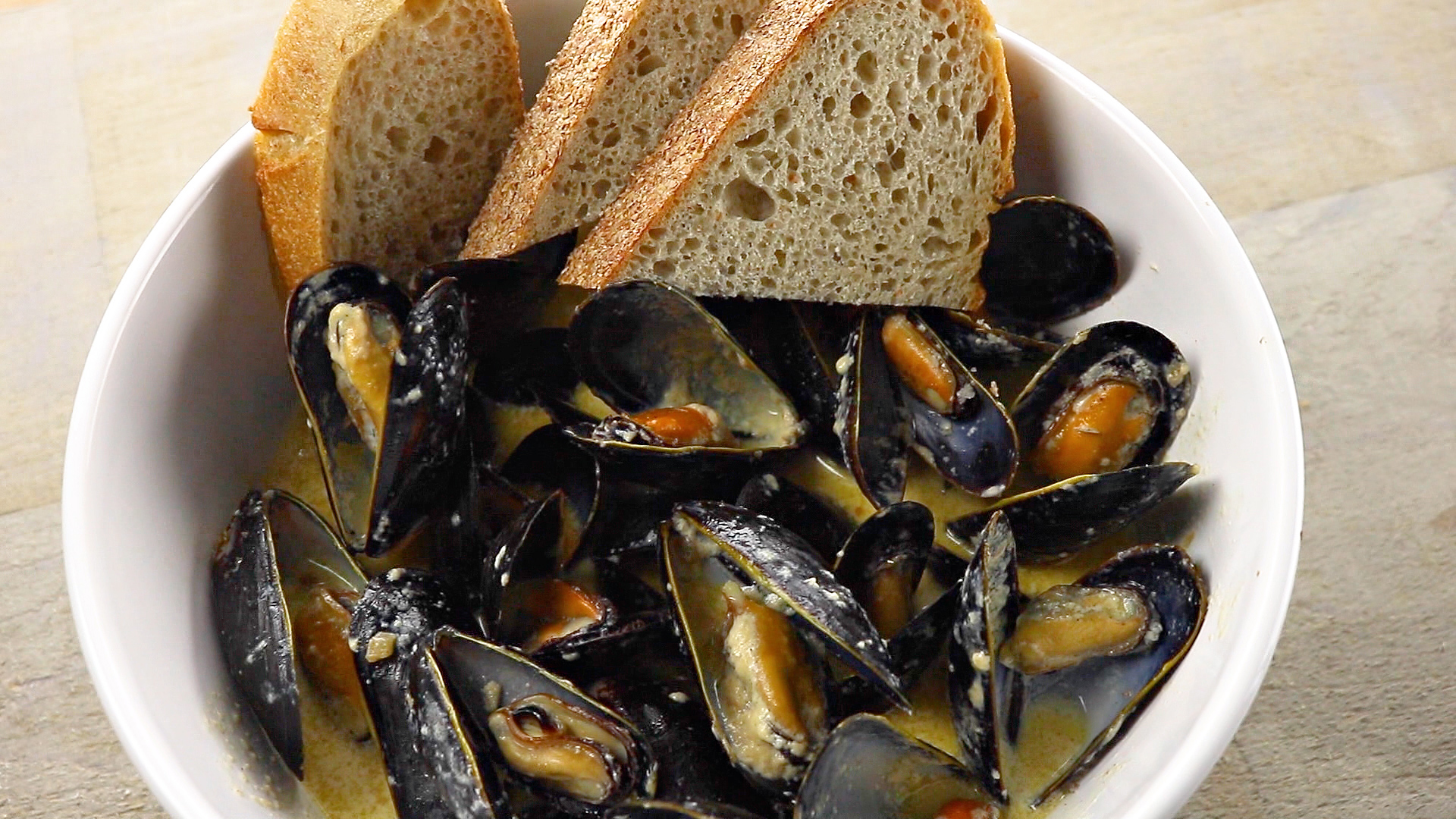 PEI Mussels - Recipes and tips on how to cook, buy and store fresh and nutritious Prince Edward Island Mussels!

Before grocery shopping with my wife this morning, I asked…
She rolled her eyes.

I’m with your wife on this one!

Just reading the recipe gave me a stomachache.

I’m with the missus.

Eggnog is one of the most unpleasant beverages ever inflicted on the human race. Even during my wilder drinking days (the ones where anything in the house that was alcoholic would be OK with me) I never wanted to repeat my one and only time tasting Advocaat. It is bad enough drinking it but to think of ruining mussels with it, is just something else. If it was a good idea, the Dutch who not only know a thing or two about mussels and also invented Advocaat, would have a recipe for it. And they don’t seem to.

(PS: I remain convinced that the invention of Advocaat was a cunning Dutch ruse to get revenge on England (as it was then) for us declaring war on them in 1652)