If you order a Bombay Saphire Martini, up with an olive, what do expect to get?

I think the martini were wetter than we are used to at the time so the “perfect martini” might be 4-1-1?

I’ve seen old “formulas” as wet as 2-1-1, but the 4-1-1 seems to be more common in most of those still floating around or adapted for web recipe lists. It’s not a bad drink, but the variations calling for it to be garnished with an olive seem fundamentally anachronistic. The cocktail equivalent of having the dame in a black and white film check her Facebook page.

After our meal was completed and the check brought, we noticed both rounds of drinks were comped.

I do love a happy ending.

When the martini was mostly the provenance of the businessman’s three martini lunch and the two hour happy hour.

Those were indeed fun days, and had a pretty long run. I think the thing that finally put the nail in the coffin were cell phones - they made hiding from wives and secretaries impossible.

The preference was undoubtedly for extra-dry martinis. Although I didn’t make them that way at home, they were a safer bet at bars - considering the fact that the bottle of Martini & Rossi had been around since Prohibition ended.

I once ordered a Martini and the idiot made me something with vodka.

It gets irritating when I order a martini at a hip craft bar and the bartender ask me if I prefer Grey Goose or Ciroc. That just told me the bartender had no idea what a martini is. Then I change my drink order to a whiskey neat. They can’t mess that up too much mostly.

Really? All you have to do is specify the gin you’d prefer.

You are absolutely right. No desire to get into a protracted discussion on “origin”, “authenticity”, so forth. Enough of those worthless and endless discussions on too many subjects. You win. 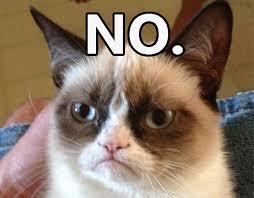 I really can’t say that enough.

When the martini was mostly the provenance of the businessman’s three martini lunch and the two hour happy hour.

I suppose I should point out that Commander’s Palace and SoBou in New Orleans STILL honor the three martini lunch . . . Monday thru Friday: 25¢ Martinis @ lunch! (Picked up the bar tab for the three of us = $2.25! Hey, Big Spender . . . )

Man, that’s a deuce and a quarter well spent!!!

I remember someone asking on another forum what kind of gin Commander’s used in their 25 cent martinis. The answer is of course, the cheapest kind they can get.

Never said it was the best Martini I ever had, but it’s far from the worst!

I remember someone asking on another forum what kind of gin Commander’s used in their 25 cent martinis. The answer is of course, the cheapest kind they can get.

I’ve had a couple of those 25 cent martinis at Brennan’s in Houston, (same family).

It may have been the cheapest gin, but those were the best martinis I’ve ever had!

Must have been one of those artisan cocktails that they charge $20 for because the bartender waved an elderberry branch over it (or added sweet vermouth). Custom cocktails are the biggest racket in the hospitality industry these days. $20 for 1-1/2 ounces of alcohol plus bespoke herbs is a scam.

Where are you drinking that custom cocktails are $20? I go to a ton of craft cocktail bars in Boston, and have been to a few in NYC, and even in New York, $15 was the highest that I experienced, and none of those used just one shot of booze.

Toronto. Alcohol of any kind is crazy expensive here, but if I can get a pint of craft beer for $8, I’d rather do that than some weird concoction that costs more than dinner.

How about a $45 Vanilla and Hickory-Smoked Manhattan? http://www.barcheftoronto.com/menu/

Next time I’m in Toronto, I’m opening a bar!